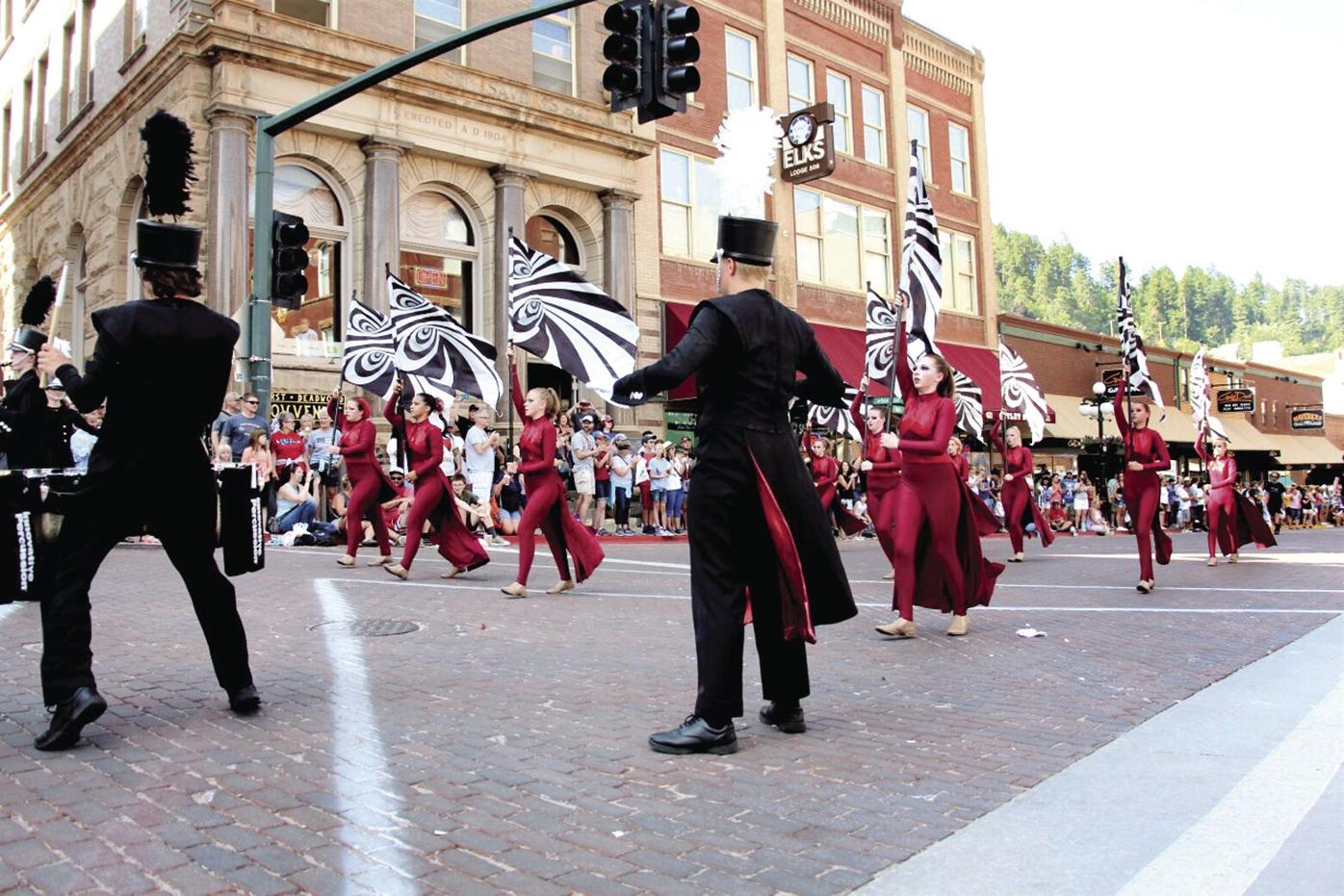 The ISD 728 Marching Cadets recently performed in Deadwood, South Dakota, on the Fourth of July. The marching band is made up of students from Rogers, Elk River and Zimmerman high schools. (Submitted photo) 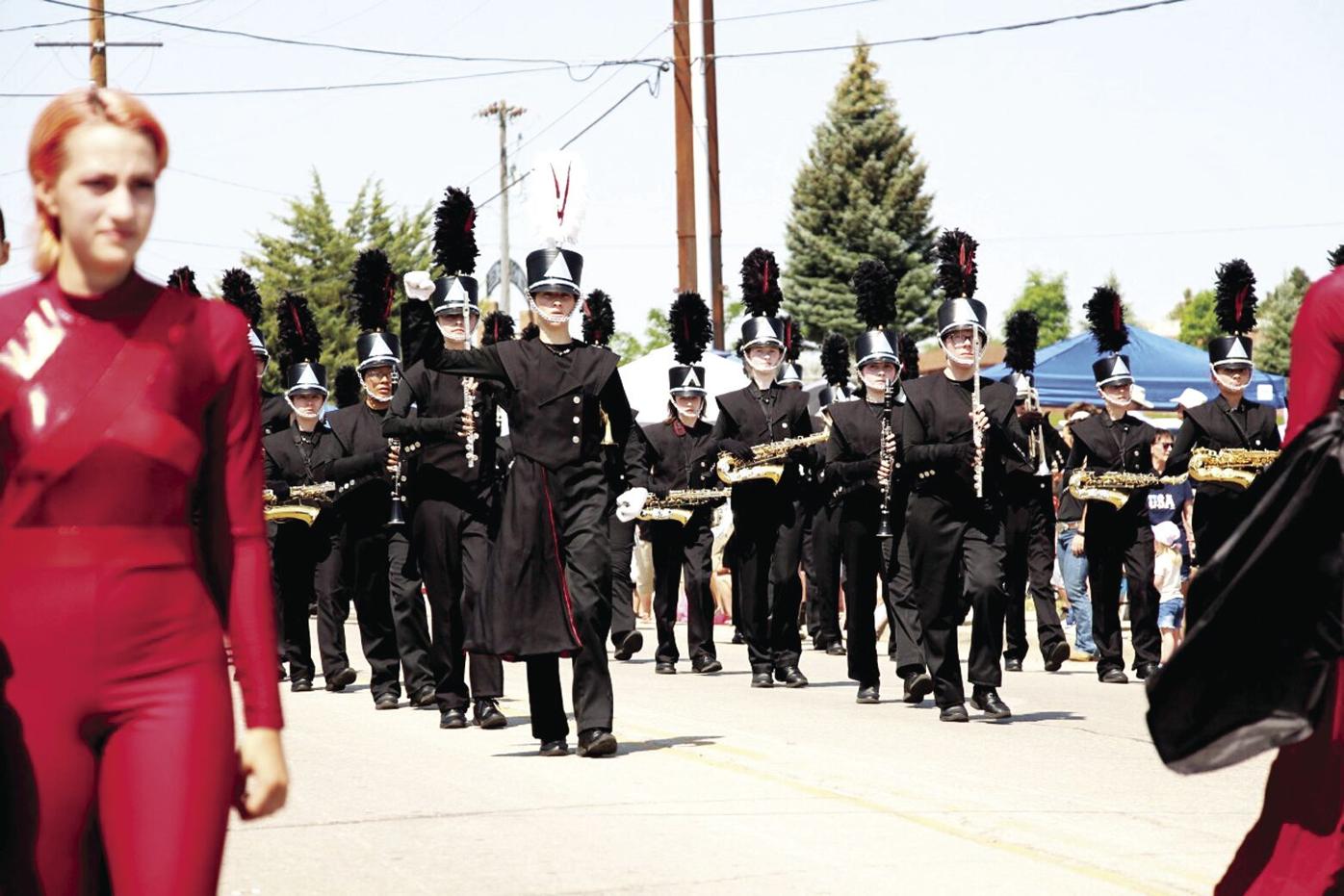 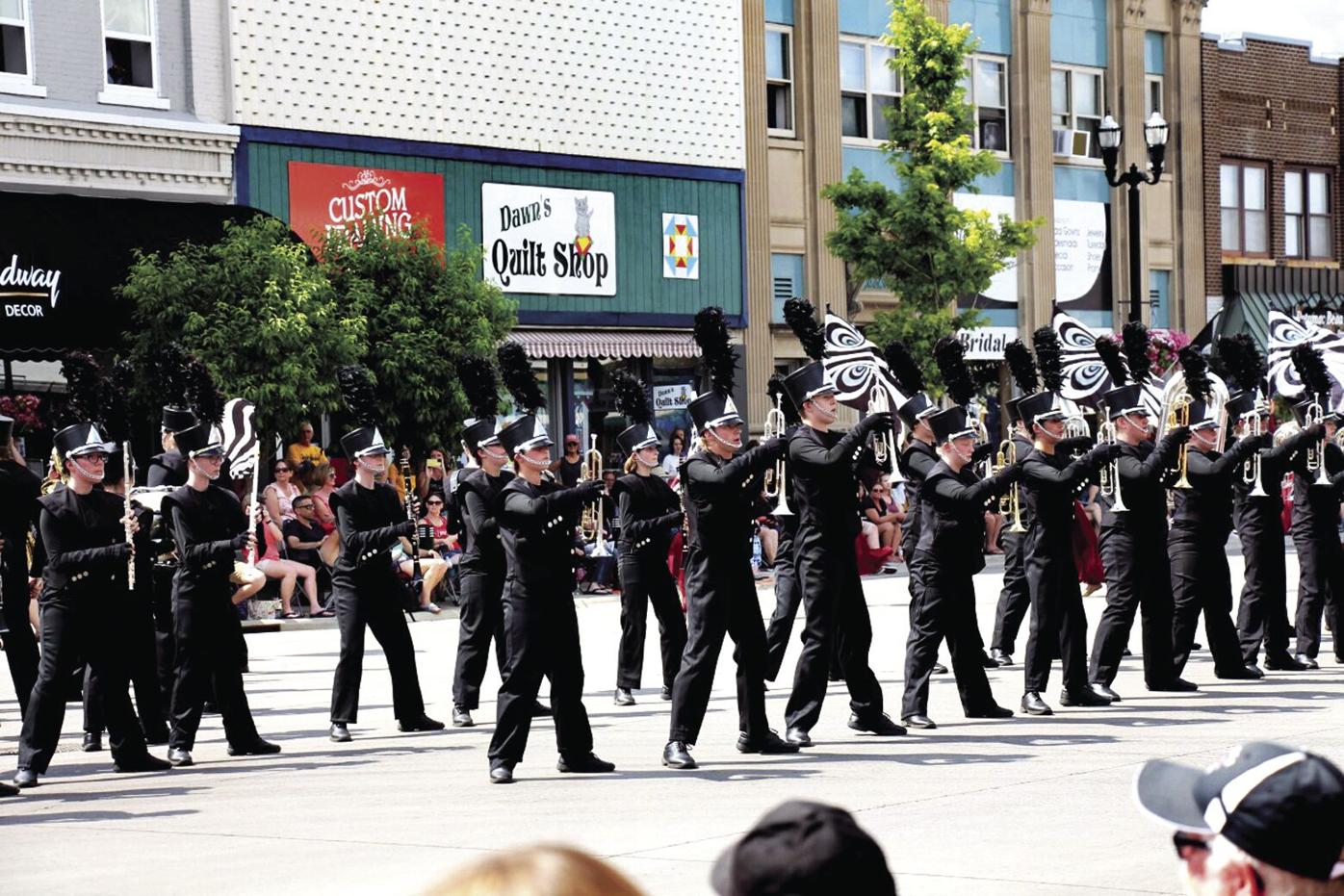 The ISD 728 Cadets perform in Alexandria in June. (Submitted photo) 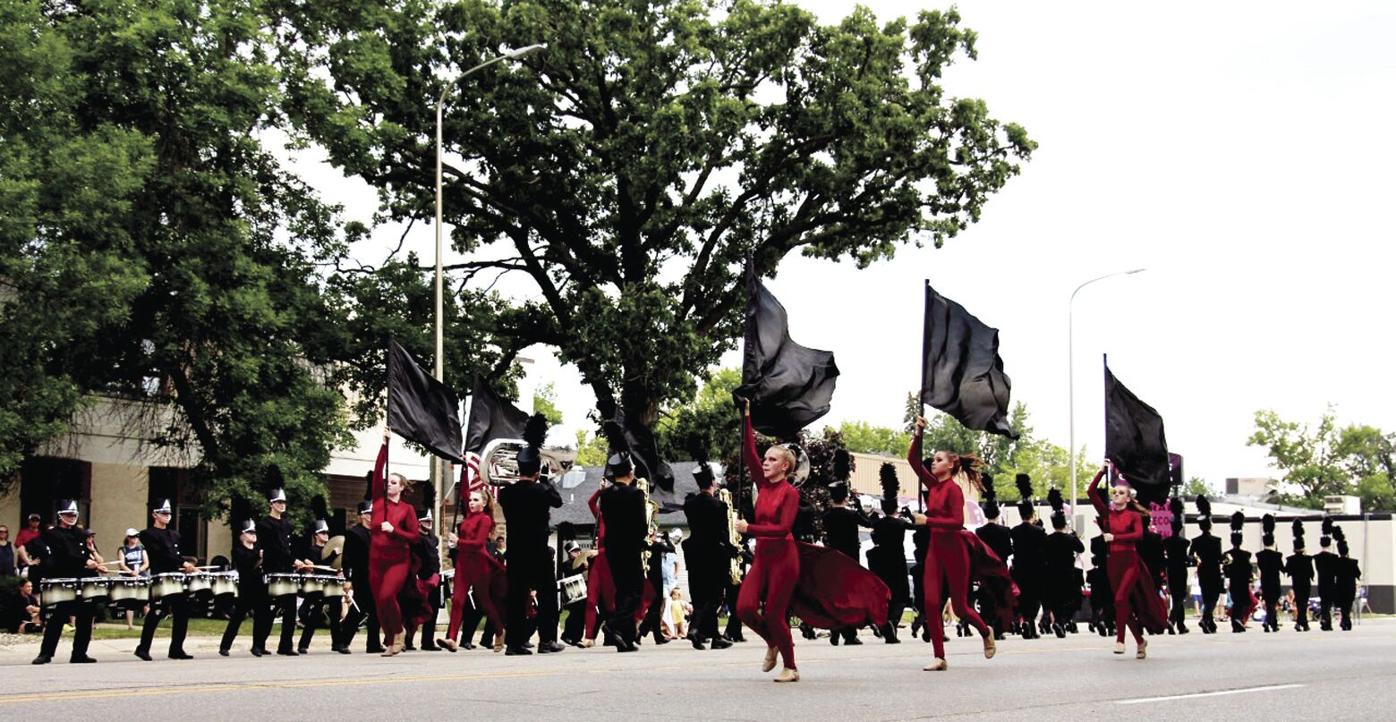 The ISD 728 Cadets perform at a recent event this summer. (Submitted photo) 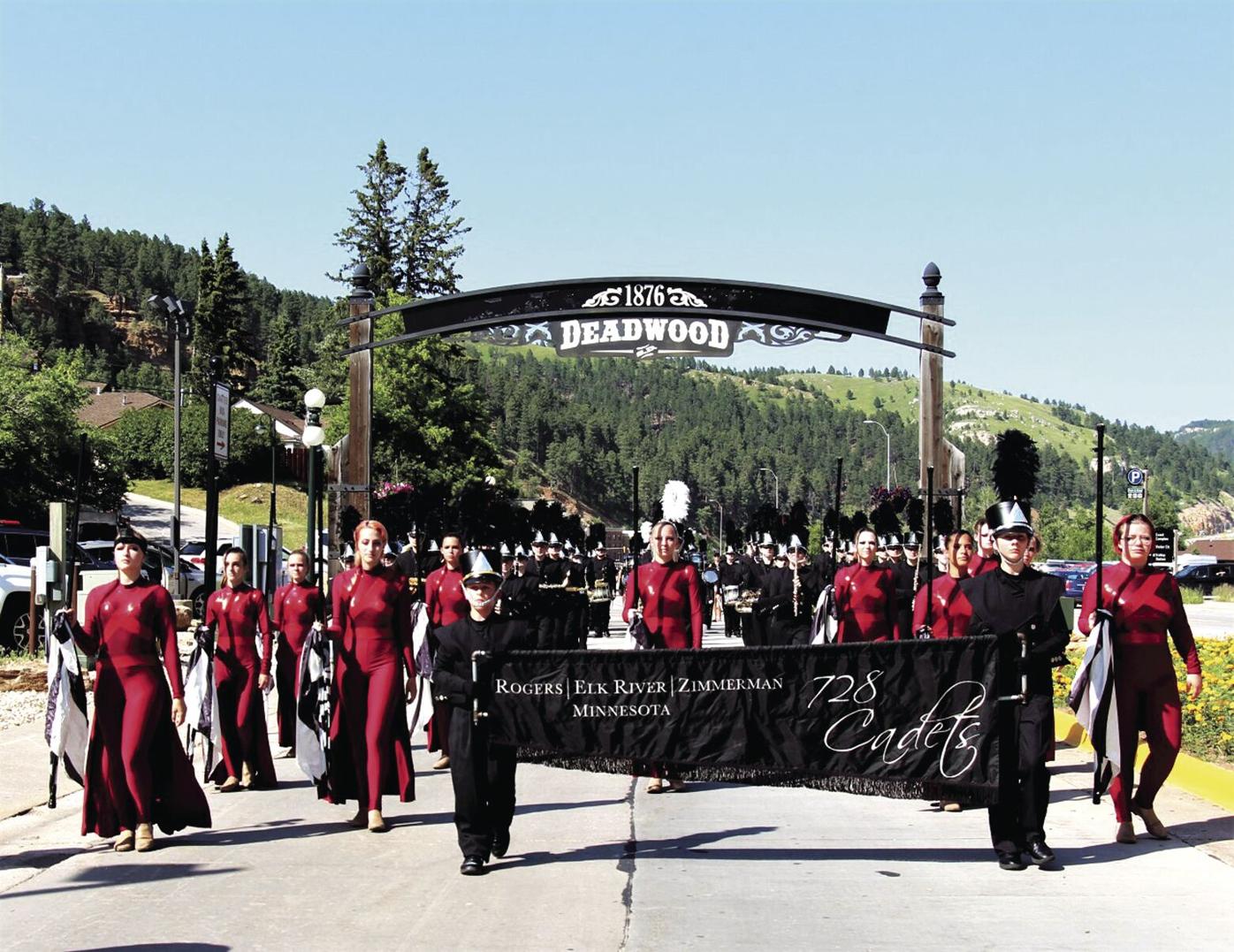 The ISD 728 Marching Cadets visited and performed in Deadwood, South Dakota, over the Fourth of July. (Submitted photo)

The ISD 728 Marching Cadets recently performed in Deadwood, South Dakota, on the Fourth of July. The marching band is made up of students from Rogers, Elk River and Zimmerman high schools. (Submitted photo)

The ISD 728 Cadets perform in Alexandria in June. (Submitted photo)

The ISD 728 Cadets perform at a recent event this summer. (Submitted photo)

The ISD 728 Marching Cadets visited and performed in Deadwood, South Dakota, over the Fourth of July. (Submitted photo)

Marching bands have signaled holidays and other days of celebration for centuries. From parades on the Fourth of July in the United States to Oktoberfest in Germany, these ensembles of wind, brass and percussion alert the public that it’s time to celebrate.

For 85 Independent School District 728 students, being members of the ISD 728 Cadets, the school district’s summer marching band, it’s an opportunity for them to build relationships with other students from different schools and backgrounds through music.

Joe Jaeger, the head director and drumline leader of the 2021 ISD 728 Cadets, has been leading the group since the summer of 2017. Jaeger said the coolest thing he has witnessed this summer is how the Cadet’s culture has survived after not performing in 2020 due to COVID-19.

“The kids pushed hard this year,” Jaeger said. “They worked hard to get back at it and just seeing that they were so excited and wanted to keep the culture moving forward was rewarding.”

Jaeger doesn’t have to do all of the heavy lifting when it comes to directing the band. He has two assistant directors assisting him this summer: Brandon Crosno, who leads the colorline, and Shannon Curtis, who leads the hornline. In addition to Crosno, Curtis and Jaeger, there are 10 other staff members who work with the 2021 Cadets.

This summer, the Cadets are performing three musical selections from three different musical eras. The theme of the 2021 edition of the Cadets is “Hypnotize.” The first selection is “Danse Macabre,” a spooky orchestral piece composed by the 19th century French composer Camille Saint-Saëns that evokes Halloween and Dia de Los Muertos. The second is the hit 1963 song, “You Don’t Own Me,” which was popularized by American singer-songwriter Lesley Gore. The final selection is “Primacy of Number,” another classical piece, composed by American composer Philip Glass, which was featured in the 2002 American film “Naqoyqatsi.”

Jaeger said it was a collaborative effort to find musical numbers that can hypnotize people both musically and visually. As the movements progress, the color guard hypnotizes the band.

“When we were planning our show for the summer, we knew we wanted to do a hypnosis-style show,” he said. “That was going to be the theme. From there, we just chose music that we thought could add vibe.”

The 728 Cadets final performance of the 2021 summer season was on July 17, when it marched in the Sherburne County Fair Parade in Elk River.

Jaeger said the Cadets are always thankful that they have the opportunity to march in the Sherburne County Fair.

“We’re always thankful that we get to have that opportunity to perform at home in our hometown for our supportive community and we always enjoy ending our season there,” Jaeger said.

Drum leader Olivia Ames graduated from Rogers High School in 2021 and played baritone horn and flute in band while she was in high school. Ames said playing in the Cadets and being a drum major has opened many opportunities for her.

“It’s let me learn so many new skills,” Ames said. “On top of the marching, we’re out on parades, it’s such a cool opportunity to be able to perform for people and play music for people, especially when we go into places like South Dakota like Deadwood and Belle Fourche, people don’t always get to see marching parades like we do in Minnesota. It’s a cool opportunity to show that to people.”

Ashlee Wetzell, who, like Ames, is a drum major, graduated in 2021 from Zimmerman High School. She played three different instruments: B-flat clarinet for six years, a half-year of bass clarinet, and alto saxophone for one season of the River Valley Sound, which is the ISD 728 Cadets winter performance group that performs December-April. This was her first year not playing an instrument.

Wetzell said when she first heard the Cadets at the Zimmerman Wild West Days Parade one spring, she and her mother, Tammy Wetzell, were in tears. Her older brother, Joshua Wetzell, was also a member of the Cadets.

With three different musical scores, “Hypnotize” has something for everyone. The music can be enjoyed regardless of whether one has a musical background or not.

Wetzell said music has the ability to create a bridge between people of different cultures and socioeconomic backgrounds.

“I don’t think I’ve ever listened to a piece of music that I’ve hated,” Wetzell said. “It might be challenging. I can see the struggle in my future, but I’ve never hated it. When you’re listening to music, especially with people from other cultures, it’s another element that brings people together.

“Nobody really hates any kind of music. It might not be their type, but nobody hates it. When I traveled to Colorado and then all the way down to Texas, there was a lot of music playing with a Hispanic background. It showed me that appreciation for other people’s music that I didn’t have before. The Cadets play all kinds of different styles of music. When we’re listening in the Cadets, we might see a struggle with our movement or our music, but in the end, when we all play together, it sounds amazing and it brings us all together.”