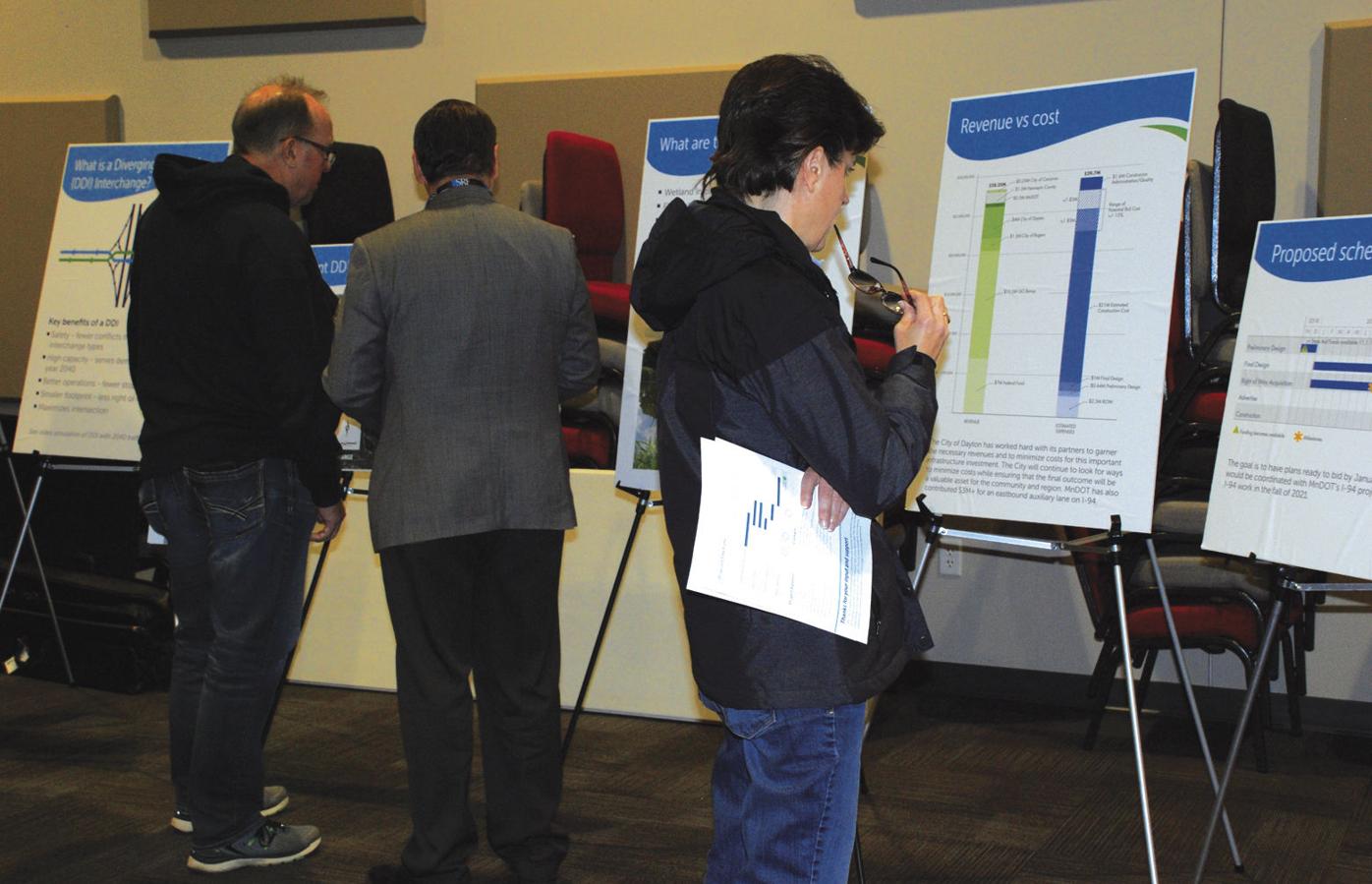 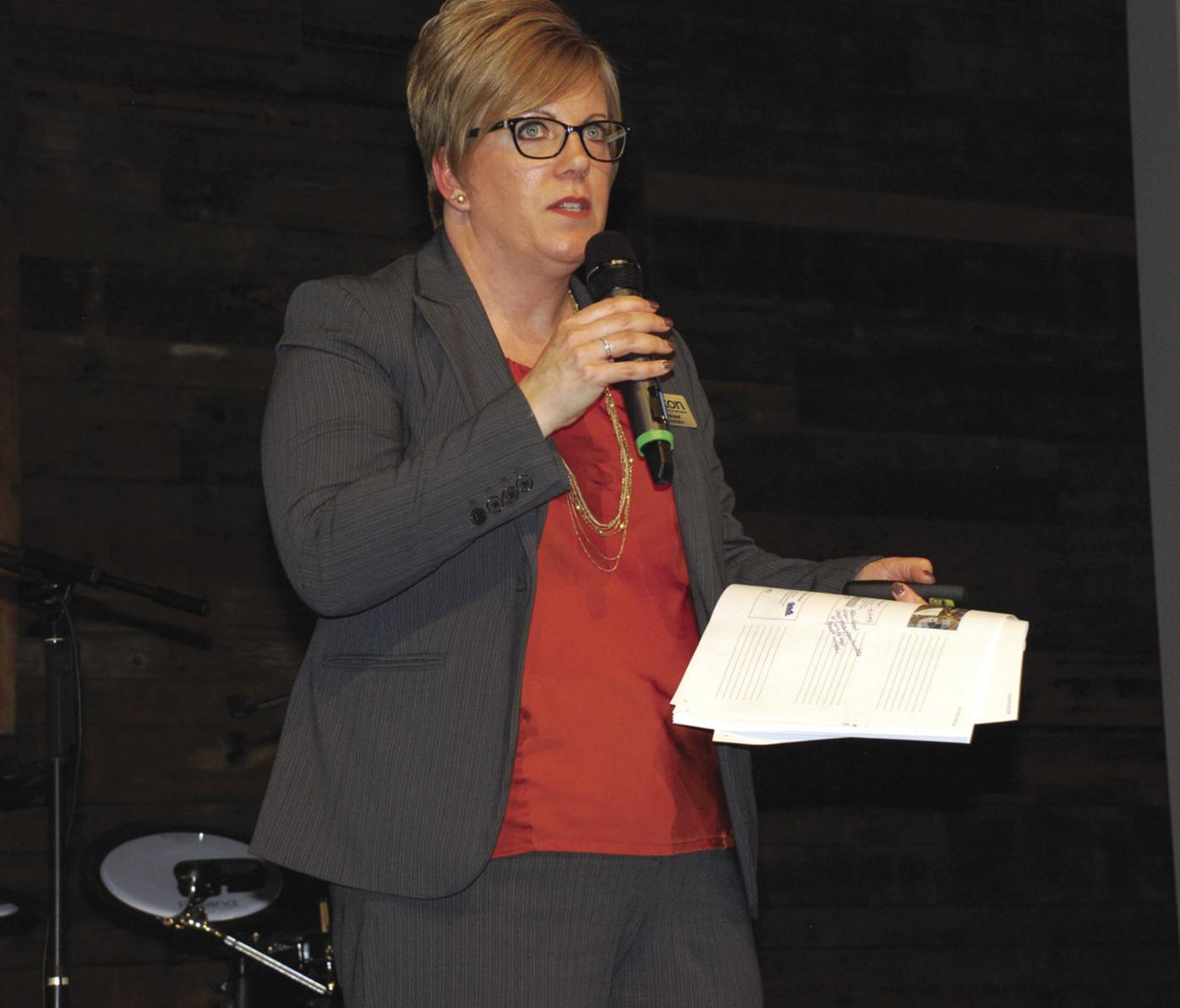 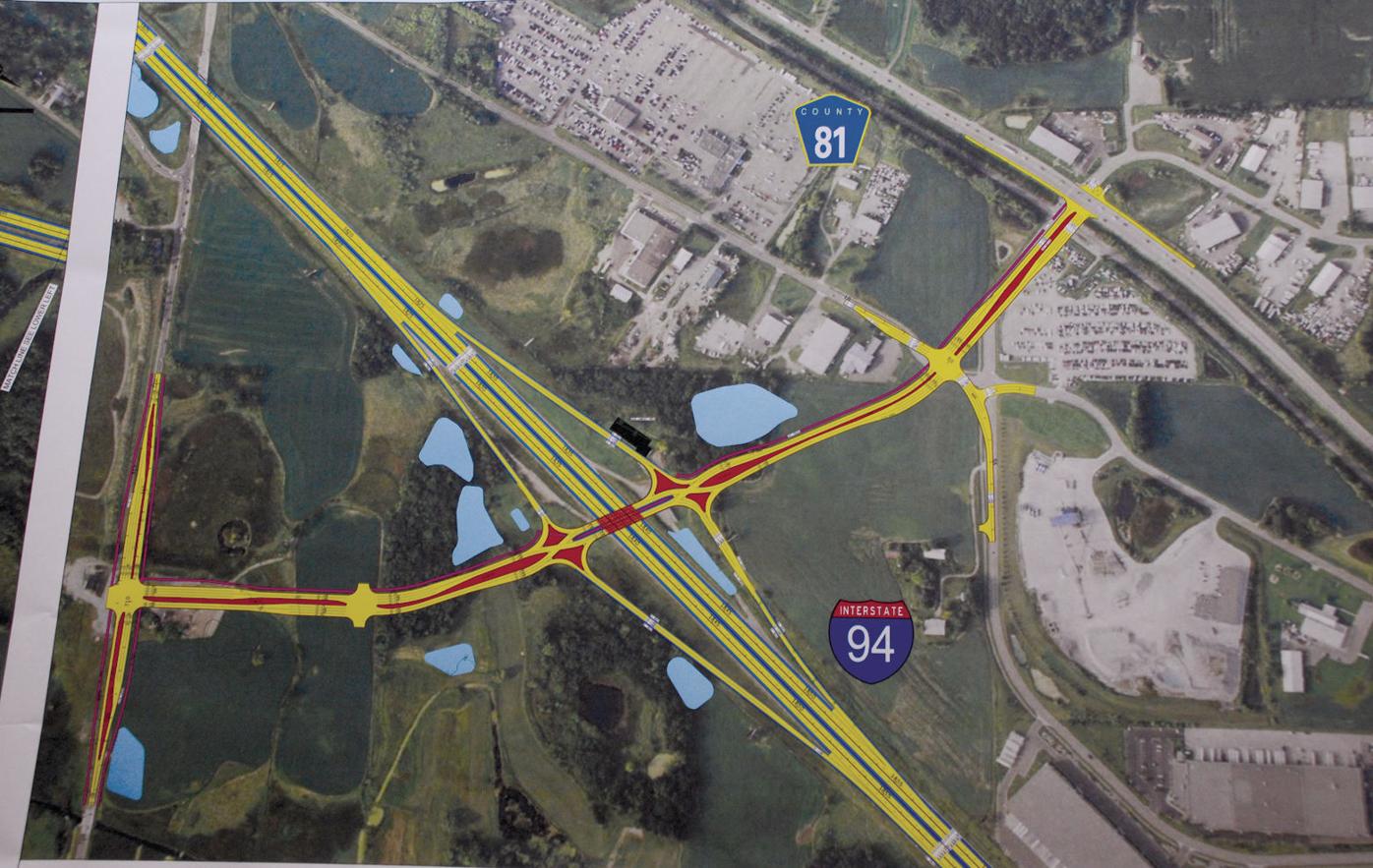 SRF consulting engineers drafted this conceptual design of the Dayton Parkway Interchange with Interstate 94 in Dayton and Rogers. (Photo by Susan Van Cleaf) 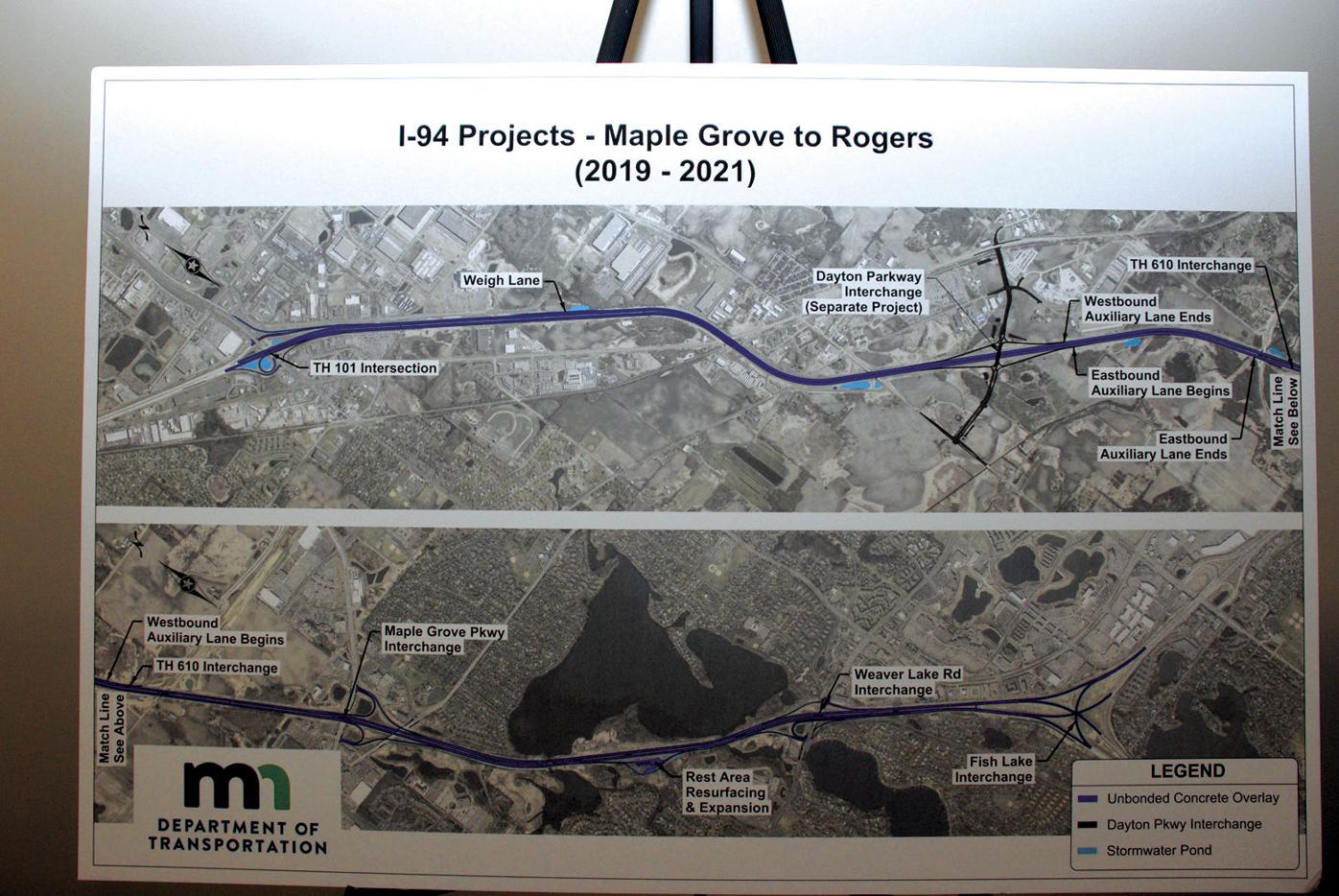 SRF consulting engineers drafted this conceptual design of the Dayton Parkway Interchange with Interstate 94 in Dayton and Rogers. (Photo by Susan Van Cleaf)

“Dayton Parkway finally gives Dayton direct access to I-94. This will unlock the economic potential of Dayton and substantially cut the commute time for its residents.”

This quote from Dayton Mayor Tim McNeil summed up presentations by several partners in the proposed $28 million Dayton Parkway Interchange/Interstate 94 construction project. The presentations were part of an open house for Dayton and Rogers residents, held Nov. 26 at Faith Brook Church in Dayton.

The open house attracted roughly 50 residents and business people. They gathered around display boards, chatted with people involved with the projects, watched an animated video of traffic flowing through the proposed interchange in 2040 and listened to presentations.

Adams said the connection of Highway 610 to I-94 was only part of improvements needed for I-94. The rest of the work had to wait until the Dayton Parkway Interchange project comes to fruition. Dayton officials “worked very hard” to make this possible. Now that interchange work is about to happen, MnDOT is poised to make I-94 improvements at the same time. Three simultaneous I-94 projects will be constructed between Maple Grove and Clearwater from 2019 to 2021.

All lanes of traffic will be open during construction of the three I-94 projects, Adams said. MnDOT will widen shoulders on I-94 to make this possible.

Montebello, of SRF, gave a timetable for project events. He expected the preliminary design for the interchange to be completed in December/January, approval of final plans in December 2019, solicitation of bids from contractors in January 2020 and construction beginning in April 2020. The end of 2021 is the anticipated grand opening date.

He summed up sources of revenue to pay for the $28 million project bundle. They include a $7 million federal grant, $13.5 million in state General Obligation bonds, $1.5 million from the city of Rogers, $4 million from the city of Dayton and $500,000 from MnDOT for traffic signals. Dayton has requested a $250,000 contribution from Corcoran. An approval from Corcoran would encourage Hennepin County to include $1.5 million in its Capital Improvement Program for work at County Roads 101 and 81.

Goodroad, of Dayton, explained reasons for the interchange project. Improving safety and emergency response time is a big reason. Emergency responders are having a difficult time getting to the scene of accidents. Another reason is to reduce congestion at other I-94 interchanges and to better distribute traffic on other arteries.

She also said the interchange would support economic development and address planned growth in the area. Projected population growth is more than 30,000, and projected growth in area employment is 18,000.

Montebello said 17,000 vehicles are expected to use the exit ramps for the interchange by 2040. The interchange would be designed to accommodate an increased volume of trucks and to provide for safety of pedestrians and bicycle traffic.

Residents and business people will have more opportunities to give input and get information about the Dayton Parkway Interchange and I-94 projects. More open houses are coming. Interested parties are invited to check the city of Dayton website at www.cityofdaytonmn.com. Direct questions and feedback to Goodroad at 763-427-4589 or tgoodroad@cityofdaytonmn.com.