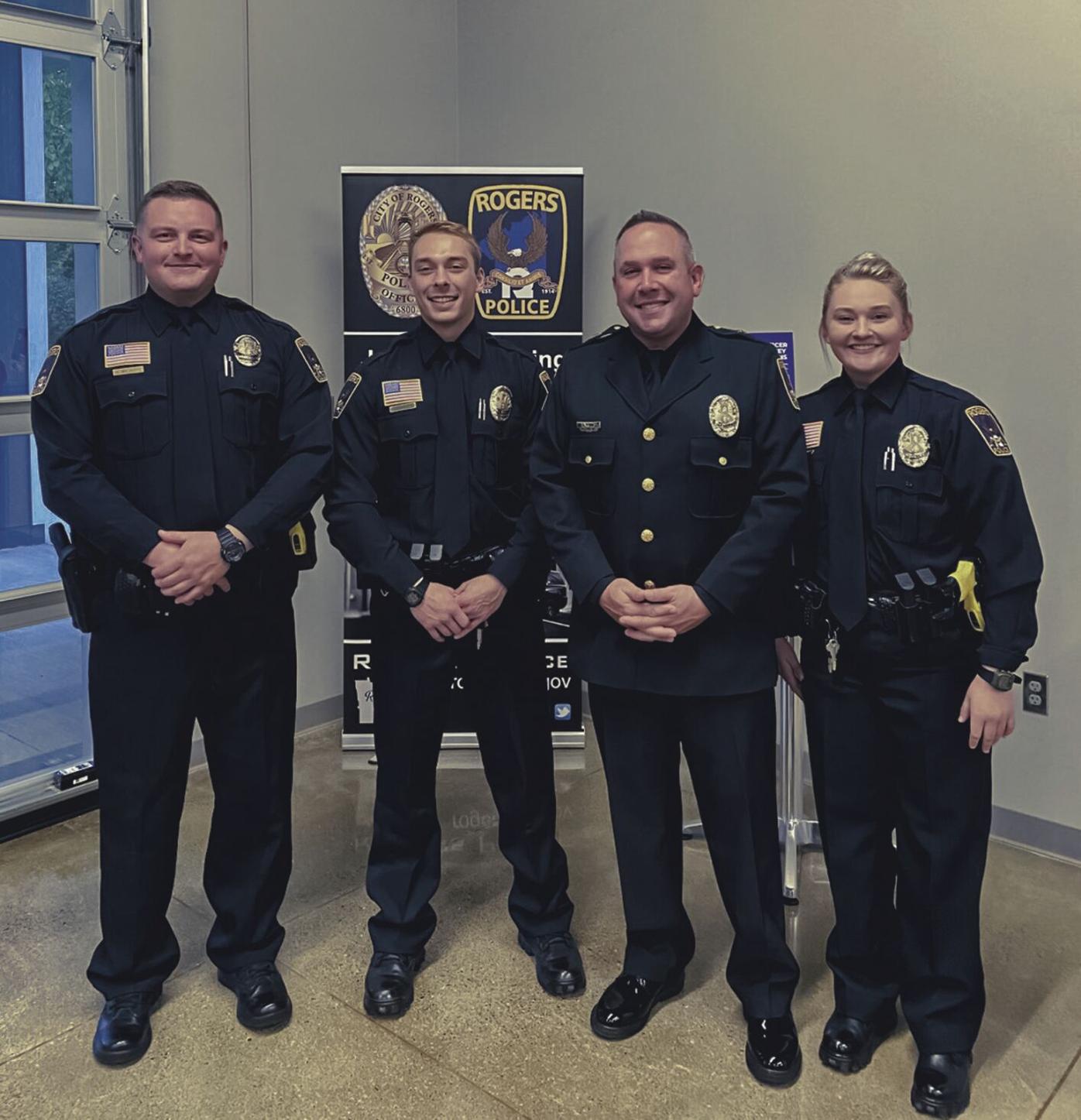 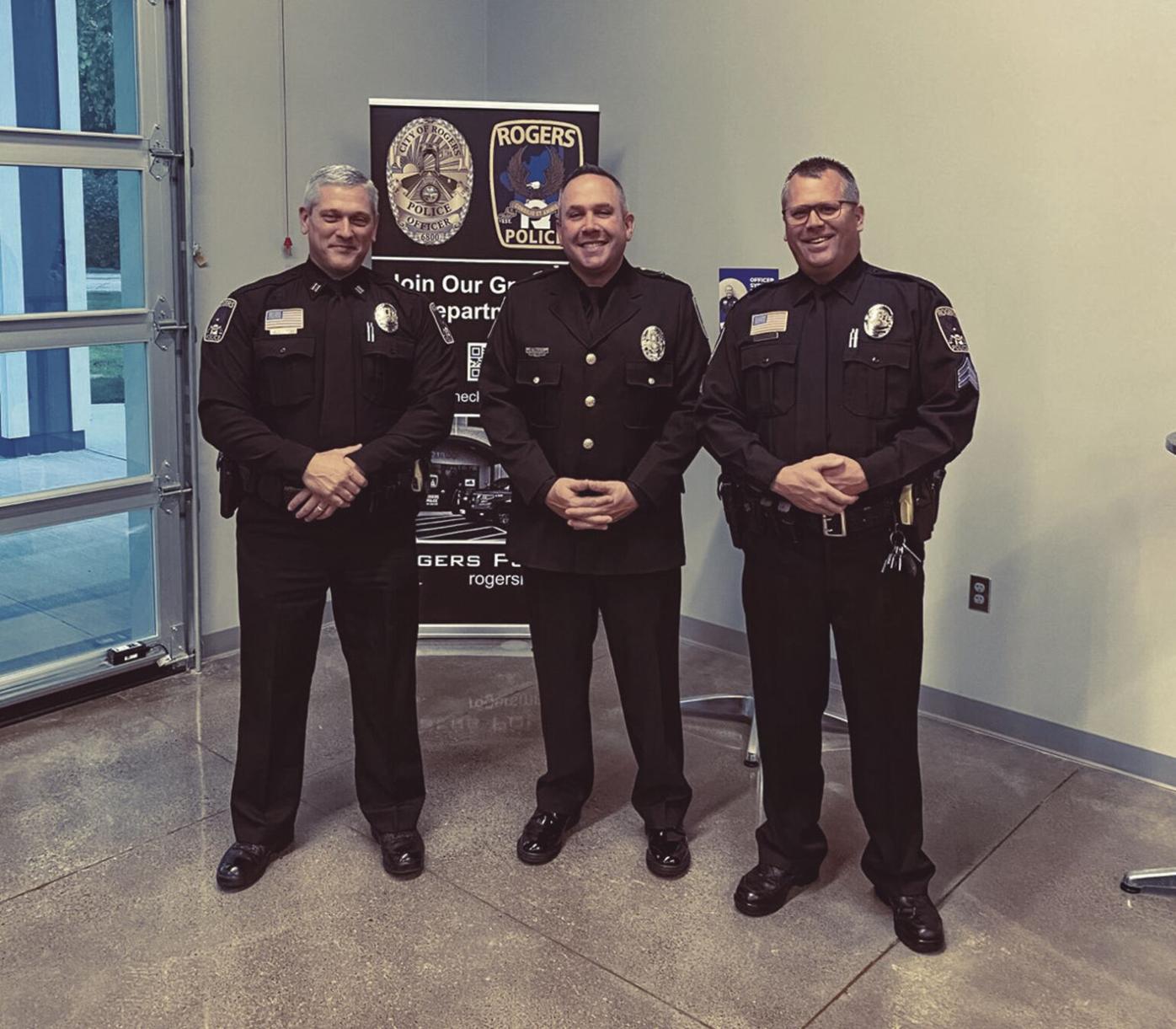 Police Chief Dan Wills told the council that 75 applications were received for the three police officer vacancies. The officers began working in Rogers in 2020, but the official ceremony was postponed because of COVID, Wills said.

“This Police Department is like a family, and we will continue to build on that,” Wills said.

Taking the oath of office from Mayor Rick Ihli were:

Officer Griffin Campbell — Campbell, originally from Baxter, is a graduate of St. John’s University. He completed his police skills training at Alexandria Technical and Community College. Prior to coming to Rogers, Campbell was a reserve officer with the Pequot Lakes Police Department.

Officer Sydney Higgins — Higgins, from Eagan, is a graduate of Winona State University and Rasmussen College. She served on active duty with the United States Navy as an operational intelligence analyst. Prior to coming to Rogers, she was a police explorer with the Eagan Police Department, and a reserve officer with the Goodview Police Department.

Officer Hunter Wilhoite — Wilhoite, a native of Brentwood, Tennessee, was an avid hockey player growing up and was offered an NCAA Hockey scholarship to the University of Massachusetts – Dartmouth, where he played hockey for four years and earned a bachelor’s degree in criminal justice. Wilhoite joined the Rogers Police reserve program after moving to Minnesota in 2019. “He was very active in our reserve program, and logged approximately 200 volunteer hours in 2019-2020,” Wills said. Wilhoite recently completed his police skills certificate at Hennepin Technical College.

Sgt. Jason Foster was promoted to captain — Foster has been a police officer with the Rogers Police Department since January 2002, and was selected as the department’s first police sergeant in 2004. He has served in a variety of roles and assignments, and has been serving as captain since March 2020. “Jason is widely respected amongst his peers, both within and outside of our agency, and has earned the respect of our community through his compassionate policing and competent leadership,” Wills said. “I consider Captain Foster to be my confidant, and I could not do my job effectively without him. He gives this community his all, and is a tremendous leader.”

Officer Jeff Beck was promoted to sergeant — During Beck’s tenure with the Rogers Police Department, he has served in the capacity of patrol officer, school resource officer, and interim sergeant. He is vice president of the Minnesota Law Enforcement Memorial Association, and also is active in the Rogers Coffee with a Cop, Shop with a Cop, and Night to Unite events. “Jeff began his position as sergeant in June 2020, and has proven himself to be an invaluable asset to our leadership team,” Wills said. “He has taken on many additional assignments, to include our new Citizens Police Academy. Like Captain Foster, Jeff serves this community with compassion and treats everyone with respect. We are lucky to have him.”