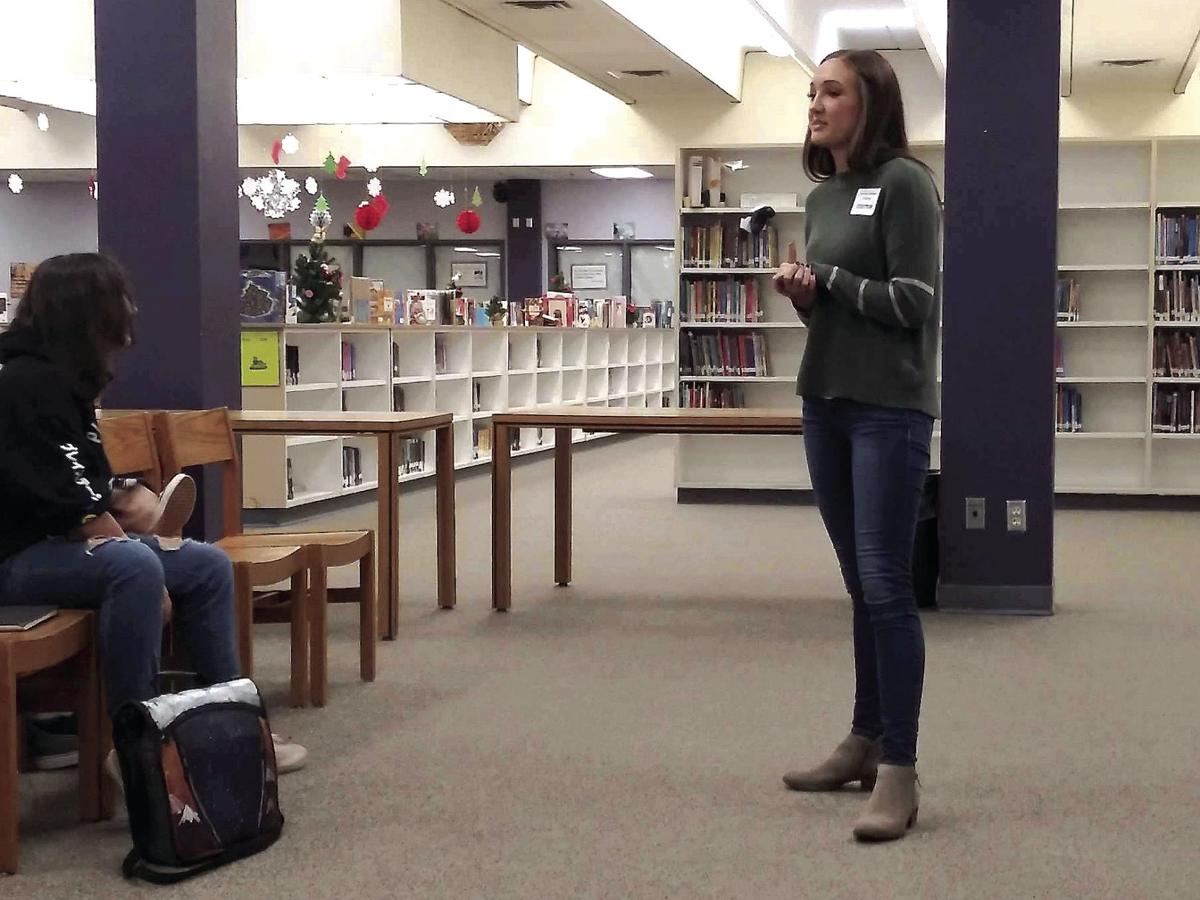 Sadie Holland, a prevention education manager for Know the Truth, talks to high school students about how her life was impacted by a drunken driver. 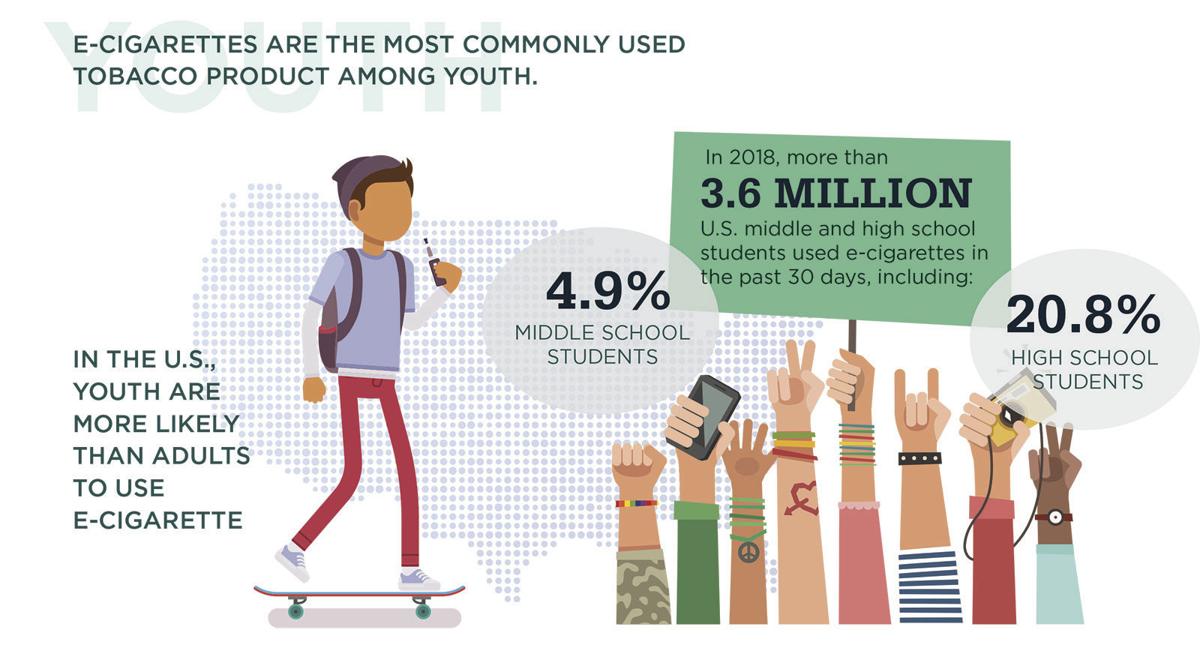 Sadie Holland, a prevention education manager for Know the Truth, talks to high school students about how her life was impacted by a drunken driver.

Know the Truth, the substance use prevention program of Minnesota Adult and Teen Challenge, is kicking off the 2019-2020 school year with an updated curriculum that incorporates information on the dangers of vaping.

Using an electronic cigarette (e-cigarette or e-cig) product is commonly called vaping. E-cigarettes work by heating a liquid to produce an aerosol that users inhale into their lungs. The liquid can contain nicotine, tetrahydrocannabinol (THC) and cannabinoid (CBD) oils and other substances and additives.

The organization said more than 40% of high school students have reported that they’ve tried vaping, a number that has been steadily increasing over the years.

According to the Centers for Disease Control and Prevention, the use of e-cigarettes is unsafe for children, teens and young adults. Most e-cigarettes contain nicotine, which is highly addictive and can harm adolescent brain development, which continues into the early to mid-20s.

The CDC said e-cigarette aerosol, contrary to what some believe, is not harmless “water vapor,” and can contain other harmful substances. The e-cigarette aerosol that users breathe from the device and exhale can contain harmful and potentially harmful substances, including ultrafine particles that can be inhaled deep into the lungs, flavoring such as diacetyl (a chemical linked to a serious lung disease), volatile organic compounds, cancer-causing chemicals and heavy metals such as nickel, tin and lead.

The CDC, U.S. Food and Drug Administration, state and local health departments and other public health partners are currently investigating a multistate outbreak of lung disease associated with e-cigarette product use.

According to the CDC, there have recently been 380 cases of lung illness reported from 36 states and one U.S. territory and six deaths have been reported from six states. All reported cases have a history of e-cigarette product use or vaping.

“We’ve worked in the schools for more than a decade and heard about the trends in substance use firsthand,” said Tracee Anderson, director of prevention and community engagement with Minnesota Adult and Teen Challenge. “Over the past several years, we’ve been tracking the increase in vaping and knew we needed to address the issue.”

Know the Truth presenters will speak to more than 160 high schools and middle schools this school year, many throughout the west metro this fall, reaching an estimated 60,000 students.

The program will continue to include personal stories from presenters who have struggled with or been impacted by addiction, including Plymouth resident Sadie Holland, a prevention education manager for Know the Truth.

“I’ve never struggled with addiction, but I was in a severe accident with a drunk driver when I was younger,” Holland said.

In 2002, the car her mother was driving was struck by a drunken driver. Holland, who was 10 at the time and sitting in the passenger seat, was impacted the most from the crash and has since undergone 20 reconstructive surgeries to her face and jaw. Holland would later learn that the driver of the other vehicle had struggled with alcohol addiction.

Holland said the program has found success with the peer-to-peer approach because it helps the message resonate with high school students.

She said the decision to visit schools is critical since a vast majority of those with alcohol or drug addiction issues began drinking, smoking, vaping or using illicit drugs before the age of 18. Each presentation covers the four most common gateway drugs: alcohol, marijuana, tobacco/e-cigarettes and pills.

For more information about treatment services at Minnesota Adult and Teen Challenge, call 612-373-3366.

Young people who would like to speak with someone from Know the Truth can text or call the hotline at 612-440-3967.