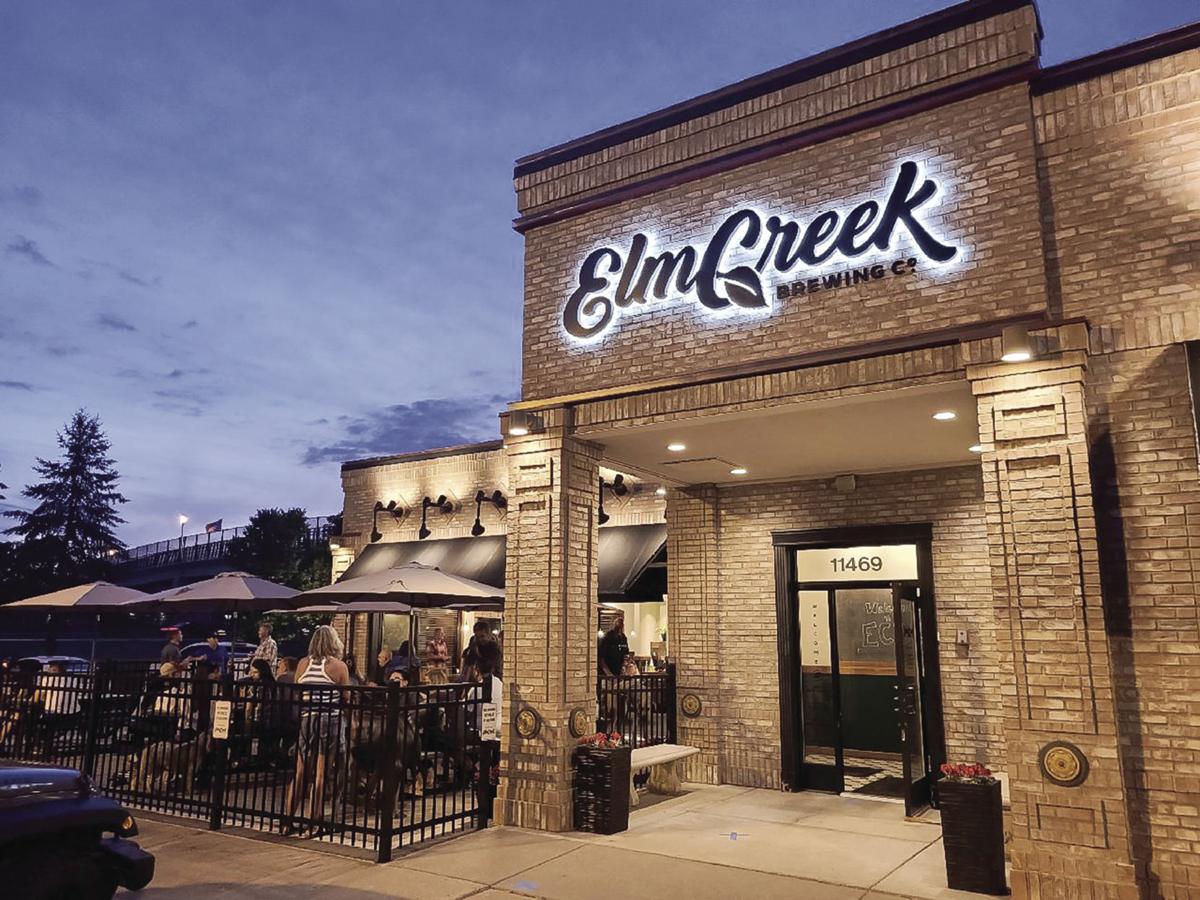 Elm Creek Brewing Company had its grand opening on June 20 and officially opened to the public on June 19. 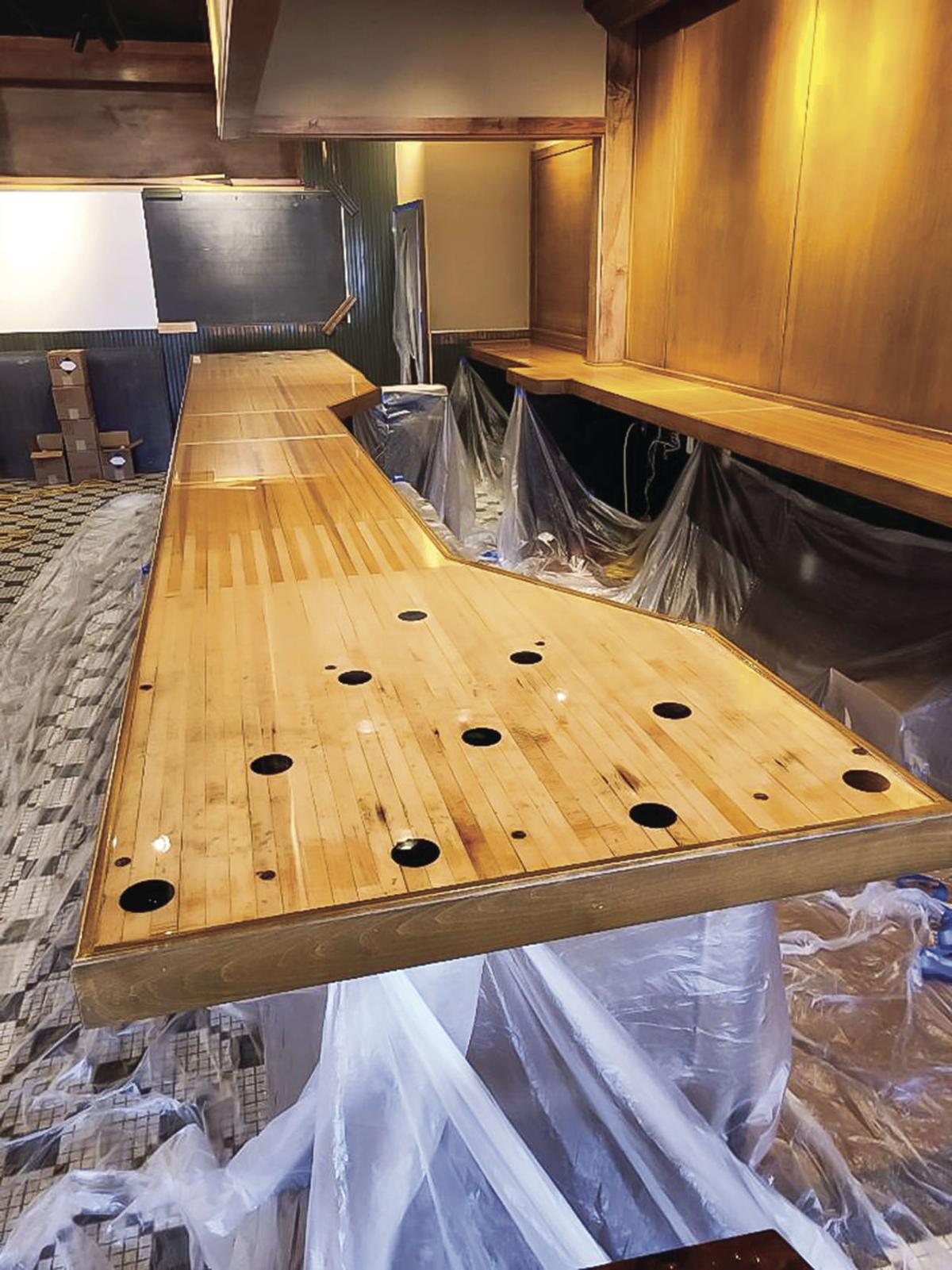 The Elm Creek Brewing Company bartop comes from old bowling alley wood from Elks Lodge No. 48 in Grand Rapids, Mich., and is dated back to 1950. 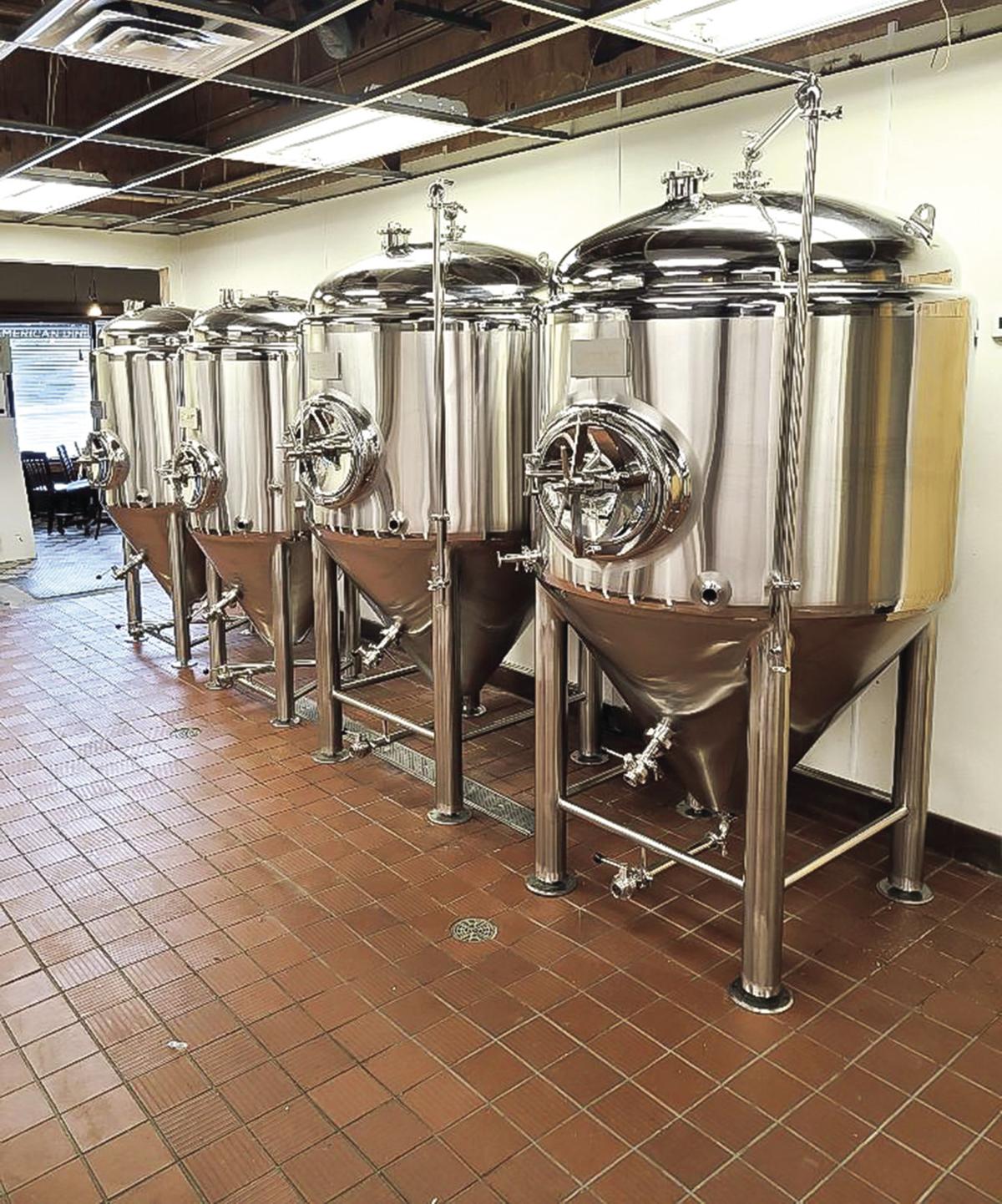 Elm Creek Brewing Company has both 5- and 10-barrel fermenters and will look to add more in the future. Right now, there are four beers on tap - an IPA, a hazy IPA, a blonde and an amber. More beers will be on tap in a few weeks.

Elm Creek Brewing Company had its grand opening on June 20 and officially opened to the public on June 19.

The Elm Creek Brewing Company bartop comes from old bowling alley wood from Elks Lodge No. 48 in Grand Rapids, Mich., and is dated back to 1950.

Elm Creek Brewing Company has both 5- and 10-barrel fermenters and will look to add more in the future. Right now, there are four beers on tap - an IPA, a hazy IPA, a blonde and an amber. More beers will be on tap in a few weeks.

Elm Creek Brewing Company is setting out to become a stopping place in Champlin, and this past weekend, the microbrewery opened its doors to the public for the first time.

What began as an idea in October 2019 by co-owners Wade Carlson and his son Mitch is now reality, and the overall vision is to integrate into the community by working with local businesses, supporting local organizations and celebrating the history of Champlin as the city’s first brewery – located at 1469 Marketplace Drive  N and open six days a week.

“That is really what we are trying to do – become a destination in the northwest metro, especially in Champlin,” Wade Carlson said.

Wade Carlson was a member of the city’s planning commission several years ago when Mann Theatre decided to build in Champlin, and he said he remembered their plan while coming up with the idea with his son Mitch.

At the time, with between 17,000 to 20,000 people in Champlin, Mann Theatre was asked why they chose Champlin because so many residents traveled to businesses – such as grocery stores, movie theaters, barbers or restaurants – because nothing was actually in town.

“And the folks of Mann were really bright,” Wade Carlson said. “They knew if they came to Champlin, invested in the community and built a building, they’d be the only movie theater in Champlin, and they would be able to capture their market.

“They’ve been successful ever since, and that same philosophy applies for us.”

Mitch Carlson was traveling for work placing fiber optics and was away from home for several weeks every month before this business venture, and that prompted Wade to discuss a career change with his son.

Since Wade has owned Carlson McCain Consulting for 24 years, he talked with Mitch about starting his own business with Wade’s help. Mitch happened to be good at cooking and Wade considered himself an entrepreneur, so the idea of starting a brewery in Champlin came up.

“A couple of phone calls later, we thought we had an idea,” Wade Carlson said. “We got incorporated and ran it past a few people in the industry to see what they thought.”

James Page was one of the people the Carlsons interviewed. Page started the first microbrewery in Minnesota in 1986 – James Brewing Company – until he sold it in 1995 and also had an area homebrew supply shop until 1998.

The city was also talked to, and that’s how the location of the brewery came to be. First, they looked at a strip mall in Champlin but realized they would be restricted on parking and with the permit because of how close it was to a church.

The city ended up steering Wade and Mitch to an old Ruby Tuesday’s location.

After a business plan was put together, Wade Carlson spent time getting federal, state, local and Department of Agriculture permits.

On March 30, the Carlsons closed on the building and began remodeling. Wade and his wife Laura invested into the brewery themselves, while a Small Business Administration loan also helped with the purchase of equipment and building work.

After a few months, everything was ready for private parties on June 12 and 13 for contractors and friends and family. The brewery opened to the public on June 19 with the grand opening on June 20.

And while the soft opening date was moved from June 1 to 8 to 12 voluntarily, the COVID-19 pandemic never delayed the public opening and actually ended up helping the Carlsons get through the permit process quicker.

The final permit needed to start brewing is with the Department of Agriculture, which needs to conduct inspections before issuing them. The department was booked out at least two months, and Wade Carlson couldn’t even schedule one.

But as restaurants shut down, there were suddenly no inspections to do. That allowed Elm Creek Brewing to remain on schedule, or they would have had to push their opening date to July.

Egan Company and other contractors also had a lot of work scaled back, so they were able to offer skilled labor and a flexible schedule to help remodel the location for the Carlsons.

One of the cons has been the challenge of following guidelines to open safely. Employees are wearing masks and gloves and are cleaning and sanitizing more than what is recommended. The indoor capacity has also been reduced to 50 percent, and reservations must be made to go inside right now.

The reduced capacity isn’t a problem as 100 people in the taproom helps the Carlsons slowly get acclimated to the demand of the brewery, but the reservations system is different with customers at a brewery typically coming and going based on their schedule, not a timed window.

“(The pandemic) never really affected us in a negative way other than anxiety and trying to operate the business under this new environment,” Wade Carlson said. “That’s been difficult.”

Getting ready to open

Remodeling the former Ruby Tuesdays location was the first project after buying the space, and Wade Carlson tried to use local contractors, such as Egan Company, to help with the construction.

The building was built in 1999, so it was actually in good shape minus some work that needed to be done with the plumbing after a harsh winter in 2018. Some electrical work also had to be done, and the commercial-grade kitchen was gutted to make more room for the bar area and taproom.

Garage doors and a second entrance to the patio were also added, and the bar area was remodeled by Martin Cook Construction – which used old bowling alley wood from Elk’s Lodge No. 48 in Grand Rapids, Michigan for the bar top and some tables.

The chalkboards behind the bar were from an elementary school in St. Louis from 1905.

“We had some challenges there getting all the pipes repaired, but it was substantially in good condition when we took it over,” Wade Carlson said. “It just needed a thorough cleaning and a fresh coat of paint.”

Grant Aldrich is the brewmaster, who was recommended by one of the owners at Lupine Brewing Company.

The brewery has a 3,500 square foot taproom and an outdoor patio, and there are both 5- and 10-barrel fermentation tanks (31 gallons per barrel) for beer.

There will be 12 different taps at full capacity, and right now, Aldrich finished four different beers – an IPA, a hazy IPA, a blonde and an amber.

“(Aldrich) did a pretty good job considering he was under pressure in the last few weeks to come up with four recipes for beers on a brand new system and have them all taste good,” Wade Carlson said.

Wade Carlson said that the plan is to add another piece to the brewery each week, including more beers. There is a porter and an orange-infused beer that will be added to the tap list in the future.

Crowlers will be available in a few weeks, and there will also be very limited keg sales. There are also plans to expand and add additional fermenters in the future.

And one of the future goals is to possibly add to their building or buy a building next door if available to get a larger brewing system while maintaining the size of the taproom.

There is no restaurant at the brewery, but food trucks will be working with the Carlsons, including some local ones like Chili Lime.

The overall vision of Wade and Mitch Carlson is to have the brewery be a local destination, and that includes making it very Champlin-centric.

There will be Summer Solstice and Oktoberfest festivals and live music with Elm Creek Brewing being issued a conditional use permit with the help of community development director Scott Schulte.

Other events will be supporting community groups like youth athletic programs, the Elk Creek watershed and Champlin Park High School. There will also be corporate training available at the brewery.

The brewery will also try to give opportunities to local artists and musicians. Photographer Emily Theisen, who grew up in Champlin, will have artwork featured at the brewery soon.

“We are so early in the process, our vision is still growing,” Wade Carlson said.

The history of Champlin will also be featured, which is richer than many might believe, Wade Carlson said. Through artwork and possibly trivia nights, he would like to play up the historical significance of the city.

“It’s crazy when looking at the history of Champlin and how it’s evolved around the Twin Cities,” he said. “People just don’t really have an idea about what part Champlin played for the city of Minneapolis. It was an integral part of the Minneapolis milling scene back in the 1800s.”

The Carlsons, of course, also have a history of their own in Champlin, living there since 1990. And while Wade has since moved to Maple Grove, he still thinks of Champlin as home.

Wade’s two sons Jack and Nate work with him at his engineering company, and his daughter Dayna is a senior at Champlin Park High School. She is currently working as a hostess at the brewery, as well.

“It has really turned into a family business,” Wade Carlson said.

Reservations can be made online