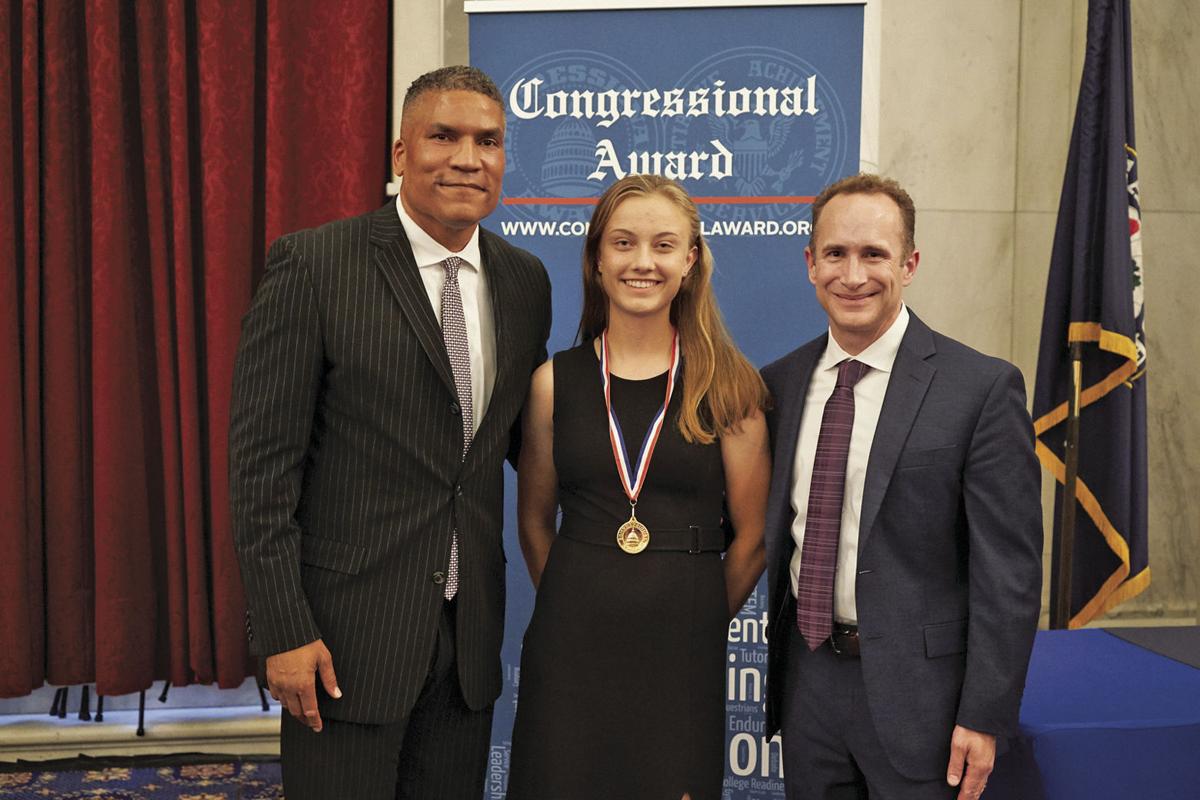 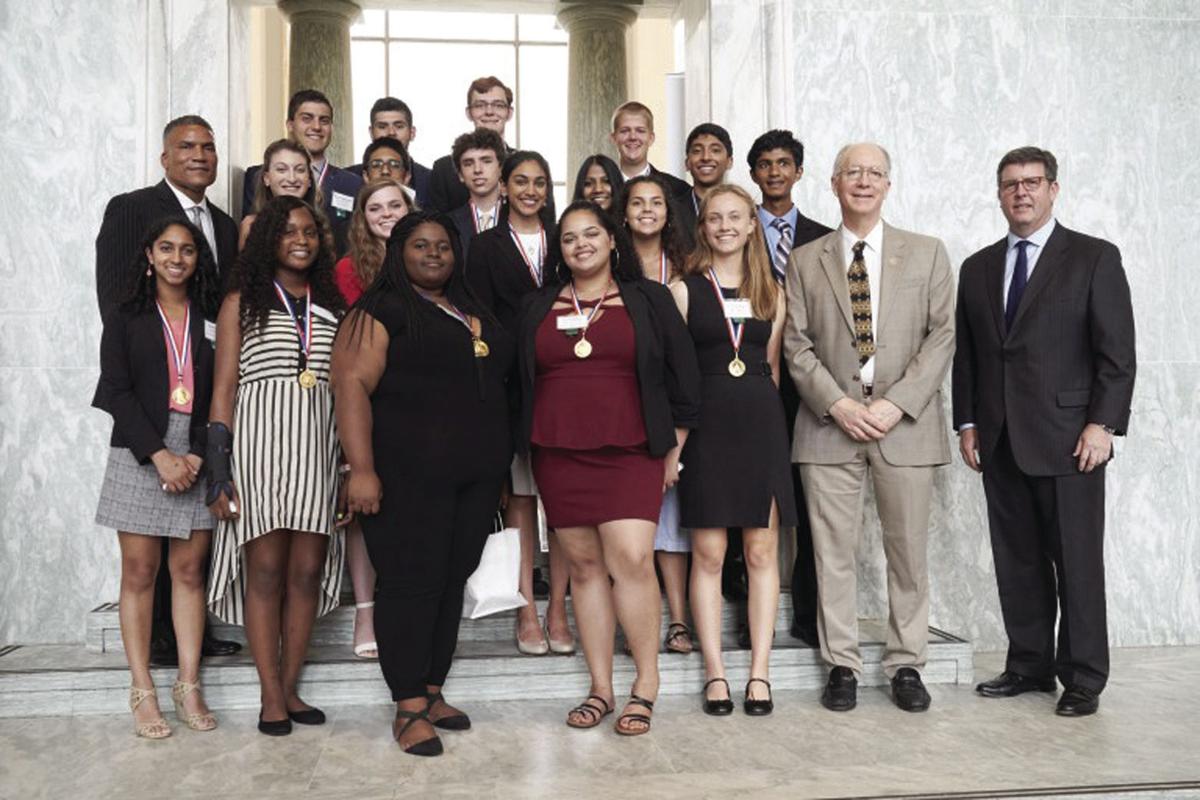 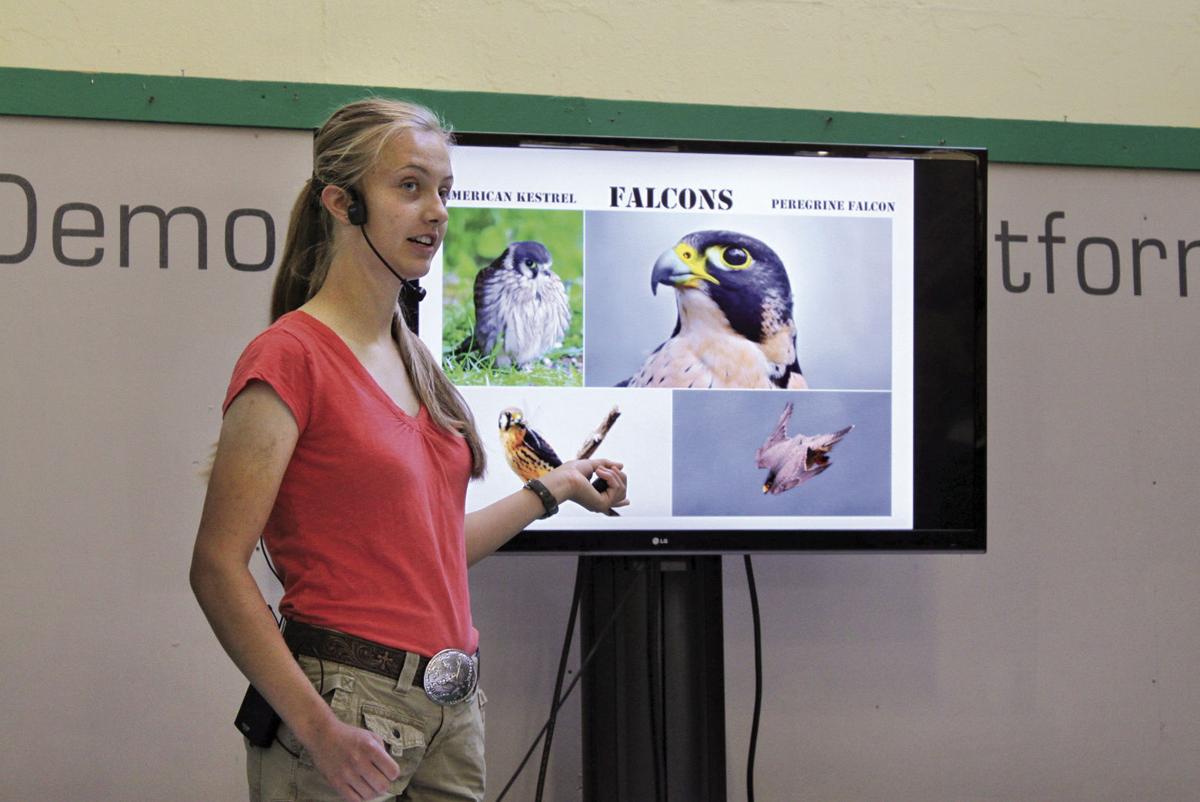 Greenfield’s Erika Swanson gives a presentation about raptors at the Minnesota State Fair in 2016. Her pursuit of the Congressional Award informed her passion for nature and the outdoors.

Greenfield’s Erika Swanson gives a presentation about raptors at the Minnesota State Fair in 2016. Her pursuit of the Congressional Award informed her passion for nature and the outdoors.

After two and a half years, high school junior Erika Swanson was awarded the sixth and final Congressional Award, the gold medal, in June in Washington, D.C.

In order to get there, 200 hours of physical fitness, 200 hours of personal development, and 400 hours of volunteering had to be logged and sent in for approval, along with an independent exploration or expedition trip.

Swanson was the lone Minnesota representative among 440 others who accepted a gold medal at the Russell Senate Office June 21, just across the street from the Capitol.

The Congressional Award program is “the United States Congress’ award for Young Americans,” according to its website. It is also the Congress’ only charity.

Established by two U.S. congressmen and signed by President Jimmy Carter in 1979, it was created to “recognize initiative, service, and achievement in young people.” The program is funded by the private sector, and has been signed as continuing legislation under the pen of Ronald Reagan, George H. W. Bush, Bill Clinton, George W. Bush, and Barack Obama.

Youth can start registering at 13 and a half years old, and must complete their goals by age 24. Regardless of financial situation or abilities, the program aims to allow youth to move at any pace to complete the challenge.

Swanson said her mother Jennifer encouraged her to sign up initially, but as she got farther into the process, she found that the her goals weren’t impossible.

Physical fitness hours were logged with ease for Swanson, as she is part of the Northwest Nighthawks home school track and field team (which she helped establish with her coaches for the award as well). Swanson has found success in athletics, making state tournament appearances for both track and field and cross country.

Volunteering was the hardest and most rewarding part of the process, Swanson said. She chose to spend her 400 hours working with the University of Minnesota Raptor Center, the Eastman Nature Center in Osseo, and Gale Woods Farm in Minnetrista. Her work with the Raptor Center also got her an invite to a reception for medal winners whose volunteer work focused on the STEM field.

Her final exploration project involved her skills in a trip to the Boundary Waters Canoe Area with her father and brother, Luke.

Swanson had found through her service that she has a passion for the outdoors, and would like to teach others about it as an interpretive naturalist in the future.

“I got to talk to other naturalists on a regular basis, hopefully I could get into it,” she said.