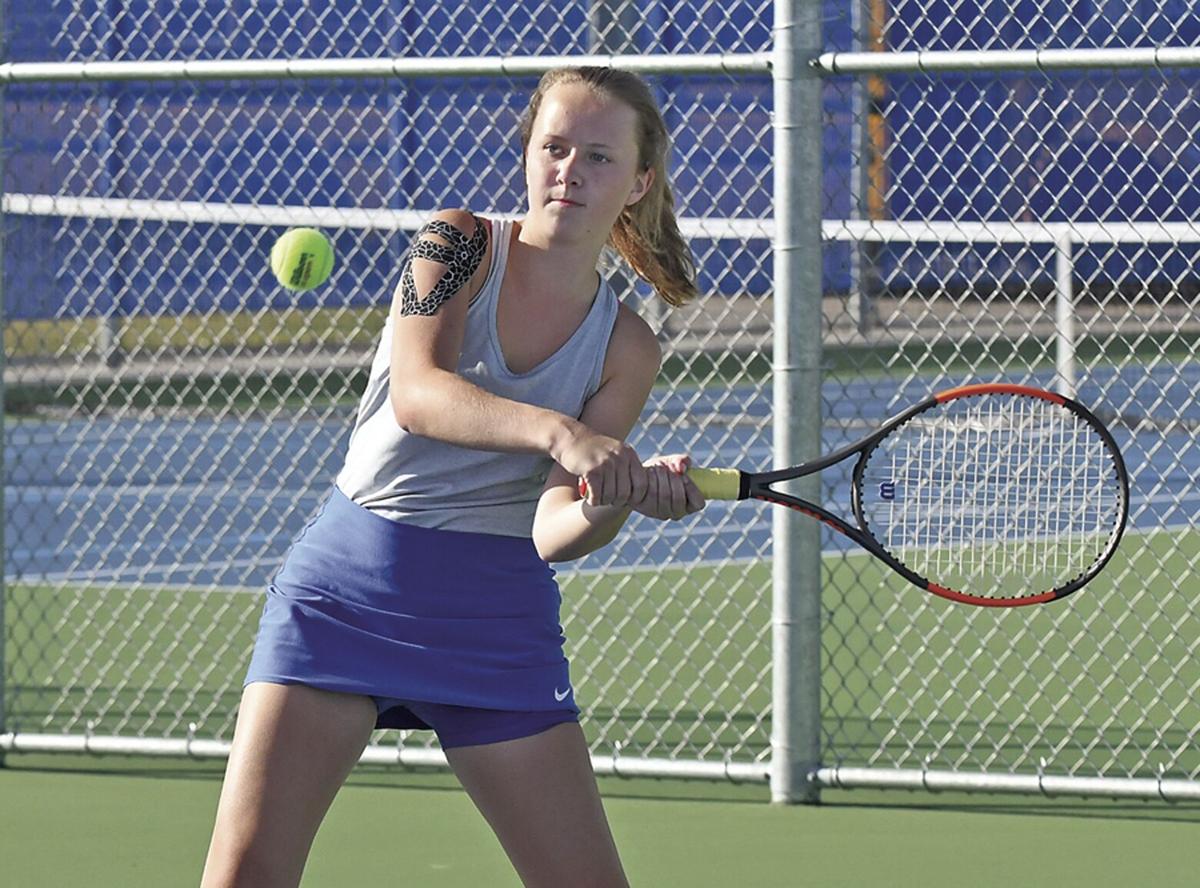 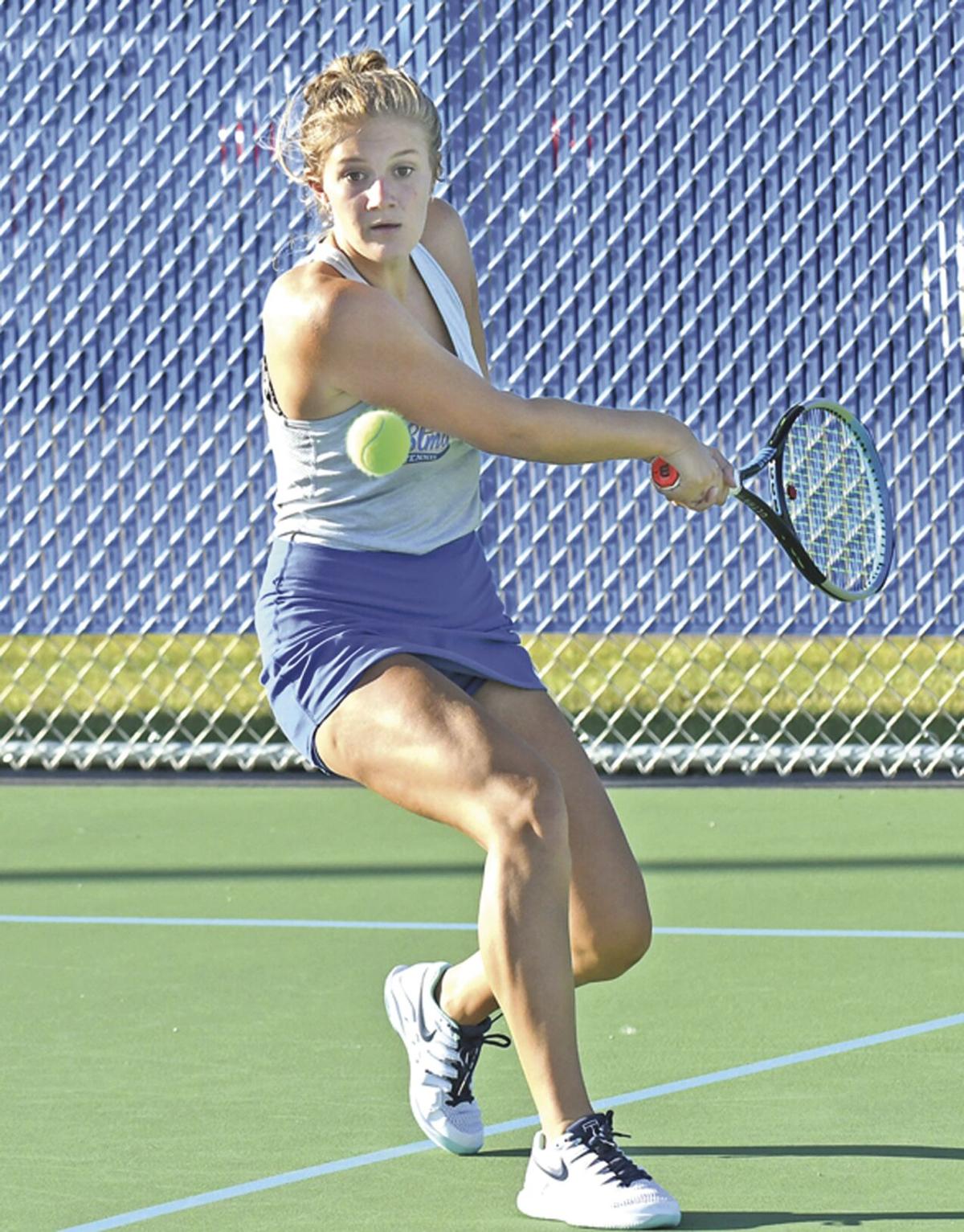 A rare non-conference road trip to Providence Academy High School in Plymouth on Sept. 8 gave the STMA Girls Tennis team its first victory of the season as the Lady Knights swept all matches, winning 7-0 over the Lions.

Coach Creelman was impressed with how his team played saying, “It was nice to get our first win of the season right before our match with Wayzata.  Providence Academy has improved but our girls came ready to play and I’m proud of that.”

The STMA Girls Tennis team played host to Lake Conference rivals Wayzata High School on Sept. 10 and lost 5-2 but showed they can play tough against very good Lake Conference rivals. What once were lopsided matches in favor of Wayzata have tightened-up the last couple of years and last year the Knights tennis team season ended in a difficult lost to Wayzata in the section semi-final match at Baseline Tennis Center on the campus of the University of Minnesota.

Senior Co-Captain Meadow LaDuke has had the loss on her mind for the past 11 months and when Coach Creelman informed her she would be playing # 1 singles vs Wayzata’s # 1 Miriam Shteyman, she knew it was going to be a tough match. “She’s a top singles player in the state and I was excited for the opportunity to play her,” said LaDuke who grabbed a quick 4-1 lead in the first set but Shteyman rallied and took the first set 6-4 and then cruised in the second set 6-1.

“She’s a really tough competitor,” said LaDuke after her match, “I lost the momentum late in the first set and couldn’t get it back.”

At # 2 singles, Creelman had Senior Co-Captain Emma Thole line-up against Greta Holmes. Thole took the first set but found herself in a big 0-5 hole in the second set before going on a furious rally by winning 7 straight games to take the second set 7-5 and win the match.

“Giving up on the 2nd set was never an option” said Thole after the match. “I focused on playing one game at a time, staying positive and doing everything I could do to help the team.”

Besides Thole winning her match, the other win came from the # 1 doubles team of junior Ellie Breuer and senior Izzy Berning who split the first two sets of the match (4-6 7-5) thus forcing a third set tiebreaker to determine the match outcome.

With fresh memories of the painful three set loss last week vs Delano still in their minds, they played very aggressively in the tiebreaker and won it 10-8 with Breuer’s overhand volley down the middle of the court being the winning shot. “We didn’t play well in the first set but started playing better in the 2nd set and we just decided we weren’t going to lose this match,” said STMA junior Breuer, and they didn’t.