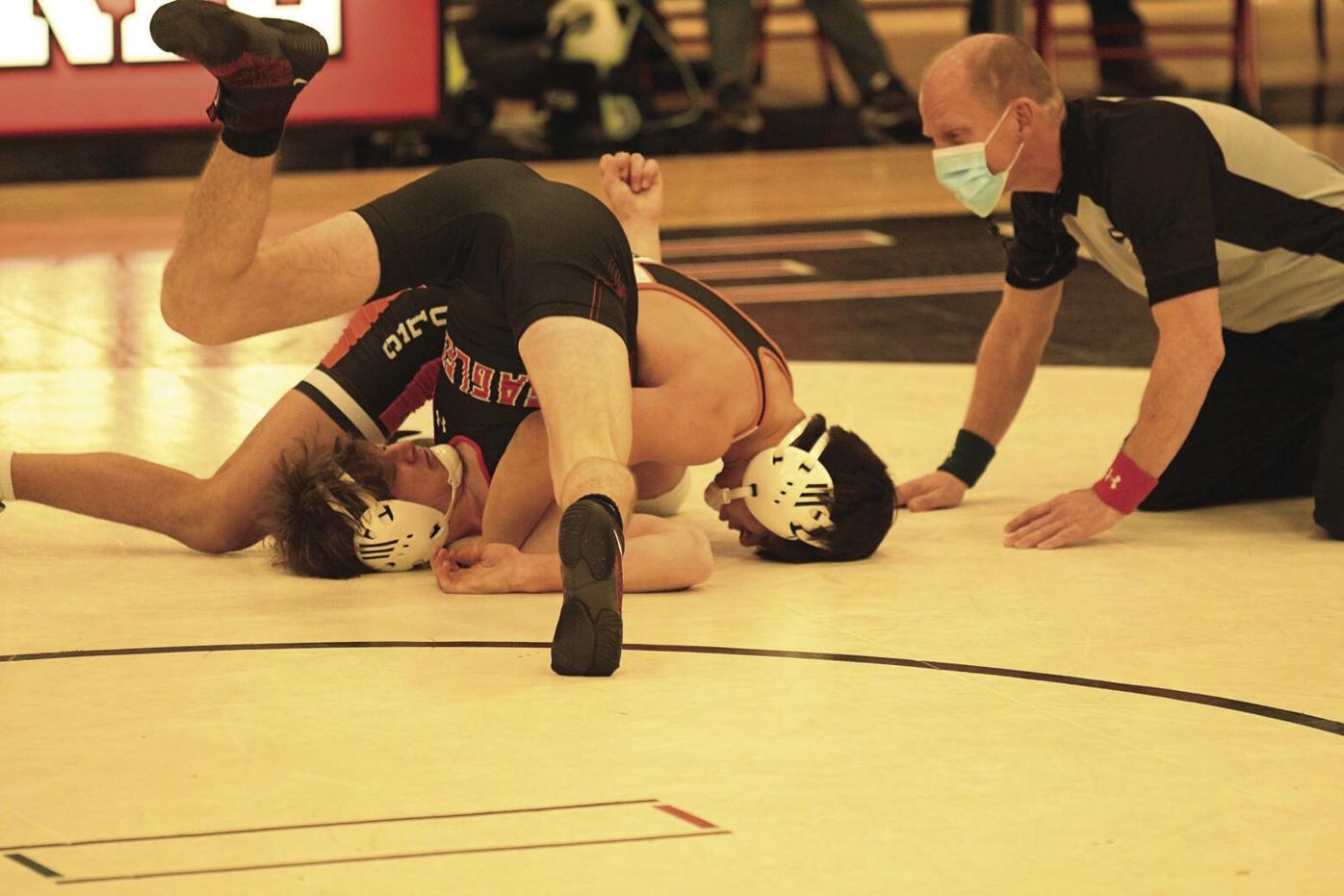 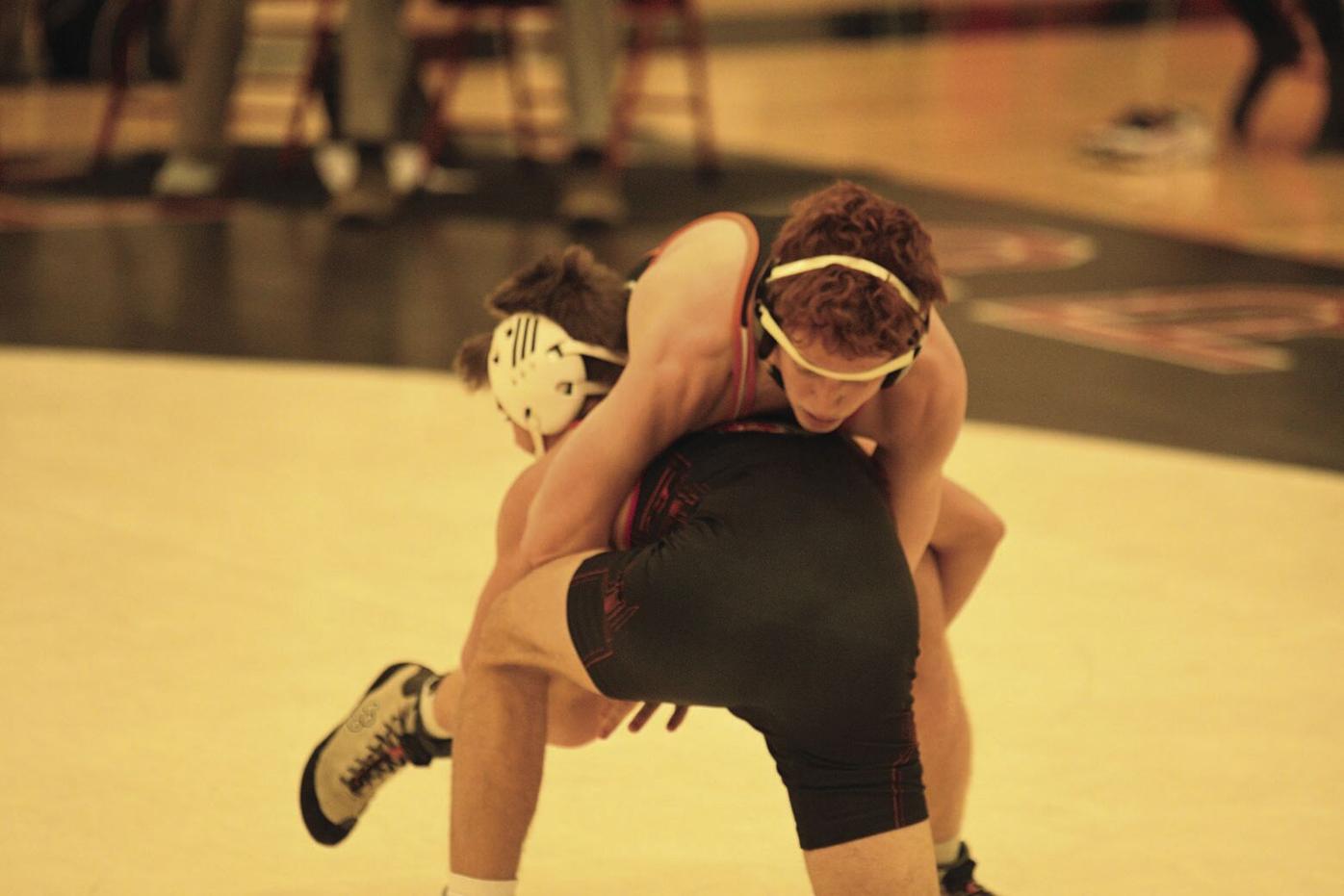 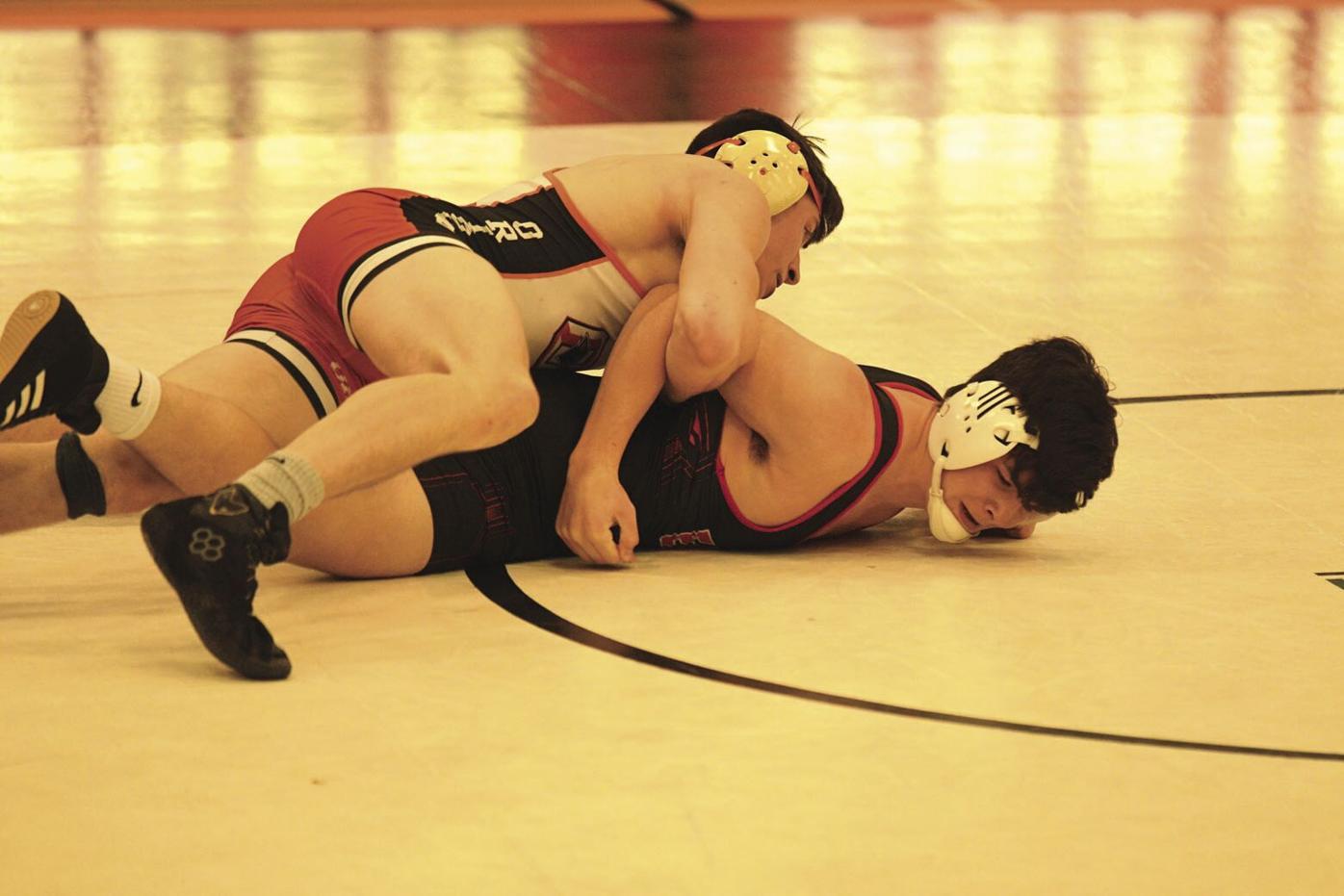 Oriole Thomas Cornell, 170 lbs., was one of three seniors to win his match in the dual against Eden Prairie on Feb. 10.

Oriole Thomas Cornell, 170 lbs., was one of three seniors to win his match in the dual against Eden Prairie on Feb. 10.

The Osseo High School Wrestling team added three victories last week to move into the winning record category. The team’s dual mark stands at 10-9 overall and 5-2 in the conference. The Orioles are currently ranked among the “Lean & Mean” in The Guillotine (Minnesota’s Wrestling Newspaper).

Seniors Dylan Schultz and Jagger Schack, along with juniors Aidan Wayne and Jacob Meissner all posted 4-0 records for the week, with not one of their matches going the distance. Schultz continued his impressive campaign, adding a technical and two conventional falls, along with a forfeit at 145 to improve to 15-1.

Schack remained unbeaten at 19-0 with a pair of falls, a decision and a walk-over at 285. Wayne ran the table with four pins at 182, to improve his season record to 15-4. Meissner moved to 18-1 in another dominant performance, with three pins and a technical fall.

Freshman Alexander True scored two falls of his three wins at 120, as did senior Thomas Cornell with two pins and a major decision at 170. Senior Connor Spanier also recorded two falls for the week. Junior 138 pounder John Lundstrom (15-4) added a pair of bonus point wins, as did sophomore Dylan Jackson at 152, each with a fall and a major decision.

145: Schultz over (Centennial) by forfeit.

285: Schack over (Centennial) by forfeit.

“With only three weeks left before sections begin, the team is showing improvement every day,” said co-head coach Scott Lewison. “We have high expectations for the post season.”

On Thursday, Feb. 18, the faces off against Maple Grove High School and Robbinsdale-Cooper at the Crimson-Orioles Annual “Droegy Dual” (Ken Droegemueller Cup).

Then on Friday, Feb. 19, the Orioles are at Minneapolis Washburn HS vs New Prague and Washburn.