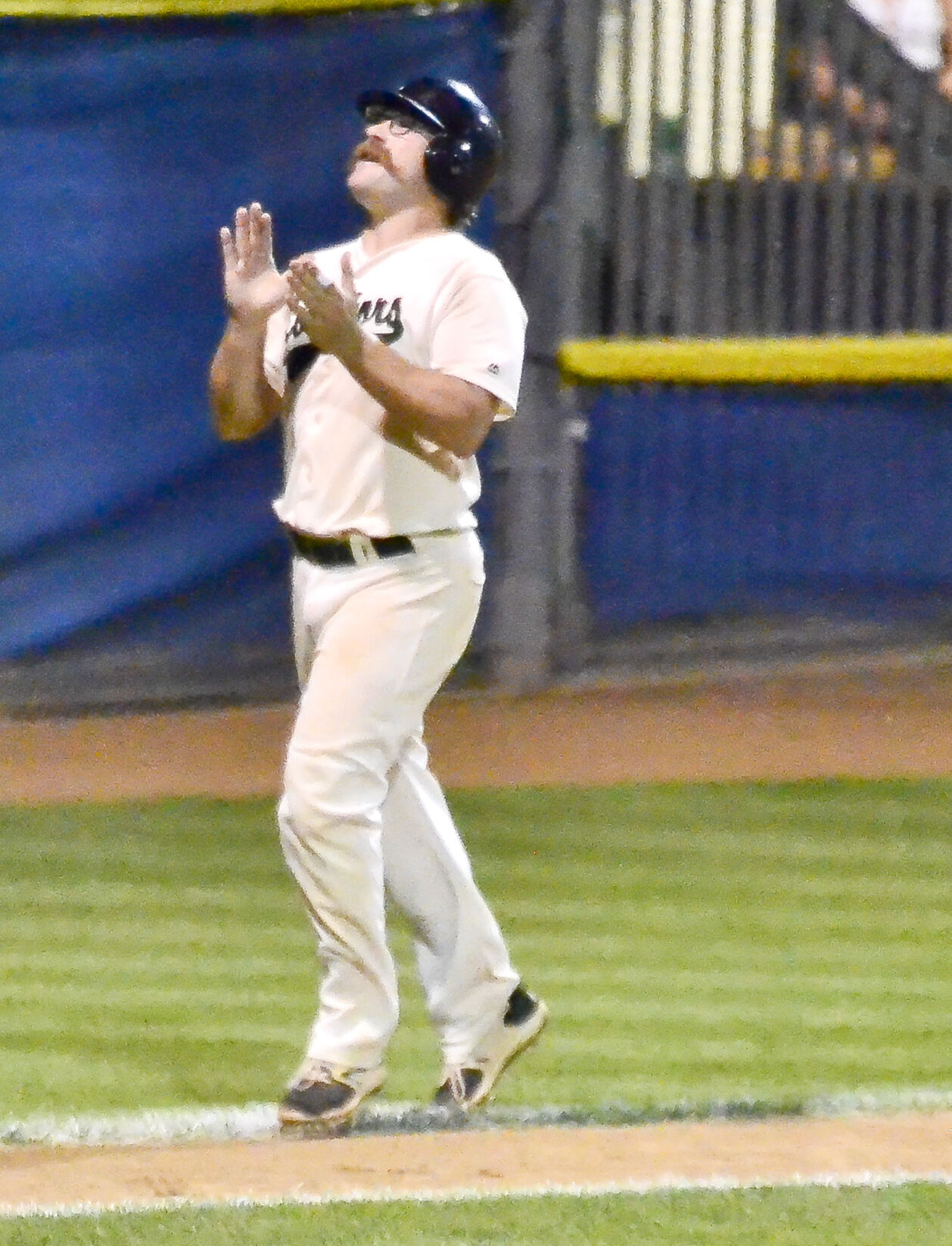 Champlin's Ryan Bruns, pictured in a Class B state game last season, is batting .327 in 55 at-bats this season. 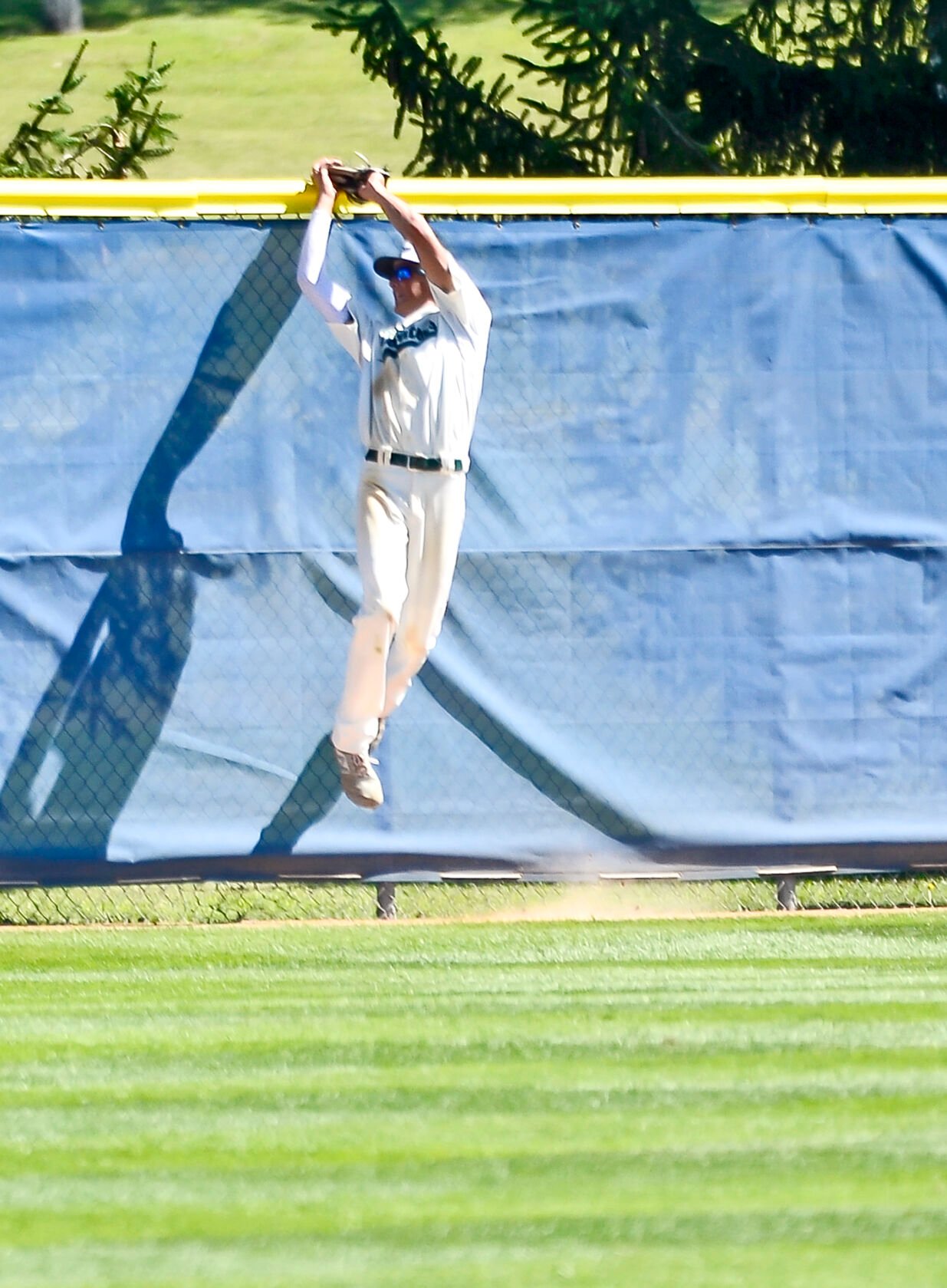 Champlin's Jack Puder, pictured making a spectacular catch last season in the Clas B state tournament, is batting .342 in 73 at-bats and has 11 RBIs and 15 runs scored this season.

Champlin's Ryan Bruns, pictured in a Class B state game last season, is batting .327 in 55 at-bats this season.

Champlin's Jack Puder, pictured making a spectacular catch last season in the Clas B state tournament, is batting .342 in 73 at-bats and has 11 RBIs and 15 runs scored this season.

The Champlin Logators won a Class B state game last year in a shortened season, and it was a key moment in the franchise.

But 2021 is shaping up to be even more special for the squad with the Logators off to a 7-0 start in the Metro Minny League and a 17-7 overall record.

Riola has also pitched 13 scoreless innings, allowing just six hits. He is 2-0 with one save and has 22 strikeouts and just one walk.

Jerry Gooley is one of the leaders on the mound. He is 3-0 with a save and has allowed two earned runs on 12 hits and 11 walks in 20 innings, striking out 14.

Charlie Hutchinson is 1-0 with a save. He has 23 strikeouts in 20 innings and has allowed just three earned runs. Zach Heckert is 2-2 with 18 strikeouts in 23 1/3 innings.

Nothing is won in June, but the Logators are playing at a high level as a collective unit and are ranked No. 7 in Class B baseball.

Champlin has also played well against other top teams. The Logators defeated eighth-ranked Anoka on June 23 and second-ranked Blaine on June 16. Champlin also knocked off the top-ranked Class A team Minnetonka 10-0 on May 25.

The Logators also have wins over two other Class A teams, defeating the sixth-ranked Metro Knights 13-4 on June 4 and the seventh-ranked Stockmen’s Irish 4-2 on June 8.

Champlin also pushed two other ranked teams this season, falling 2-1 to the ninth-ranked Class A St. Anthony Hogs on May 2 and 4-1 to the fifth-ranked Class B Elko Express on May 7.

Gooley allowed a run on six hits and three walks in four innings. He struck out four. Riola earned the win in relief. He allowed three hits and struck out nine in five innings.

Champlin came back for a 5-4 win over Highland Park on June 20.

The Beavers scored four times in the first inning, but the Logators scored once in the first, and twice in both the fourth and sixth to get the win.

Brening allowed an earned run on four hits and a walk. He struck out eight. Jack Haring earned the win in relief. He walked three and hit a batter but also struck out seven in three scoreless innings.

The Logators added a 5-0 win over eighth-ranked Anoka on June 23.

Conlee and Nelson also added RBIs in the win.

Champlin opened the Nimrod tournament June 25 with a 10-6 win over the New York Mills Millers.

Jon Koenig was 2-for-3 with two runs scored. Heuer added an RBI, and Puder, Heckert and Aaron Buendorf all scored runs.

Winslow earned the win. He struck out nine in seven innings, allowing six runs on seven hits and two walks.

Champlin travels to Hamel at 7 p.m. Tuesday, June 29, and hosts St. Michael at 7:30 p.m. Wednesday, June 30. The Logators are then off until Tuesday, July 6, when they travel to Class B top-ranked Chanhassen at 7:15 p.m. They follow with a home game Wednesday, July 7, against the Class A 10th-ranked Minneapolis MudCats.