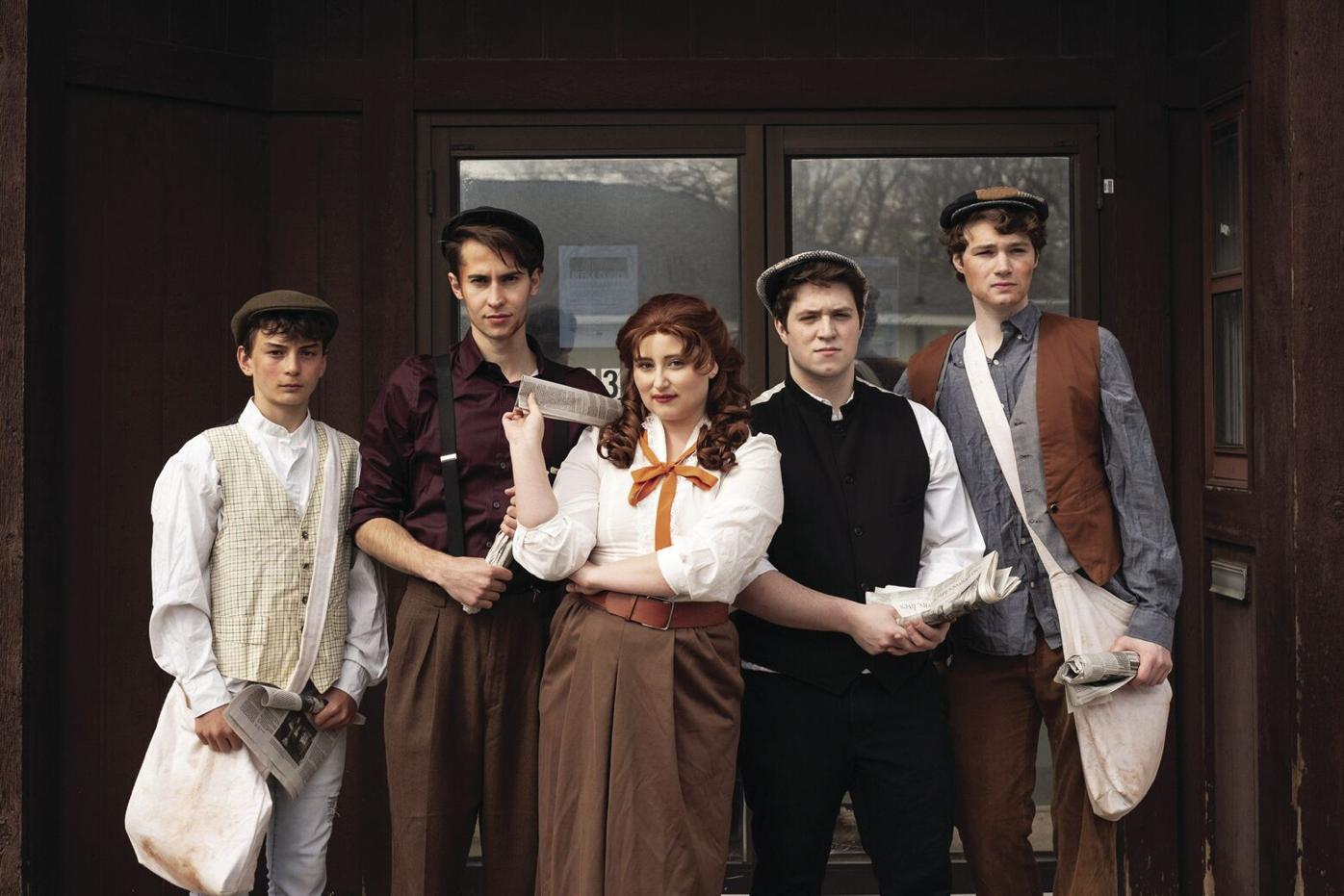 Bunce Performing Arts is back with its annual backyard production. This year, “Newsies the Musical” will be performed at the end of July in Dayton. Pictured are Les Jacobs (played by Sam Coombe), Jack Kelly (performed by Thomas Friebe), Katherine Plumber (performed by Brianna Stole), Davey Jacobs (Ian Handeland), and Crutchie (performed by Jonathan Grommesh. (Submitted photo) 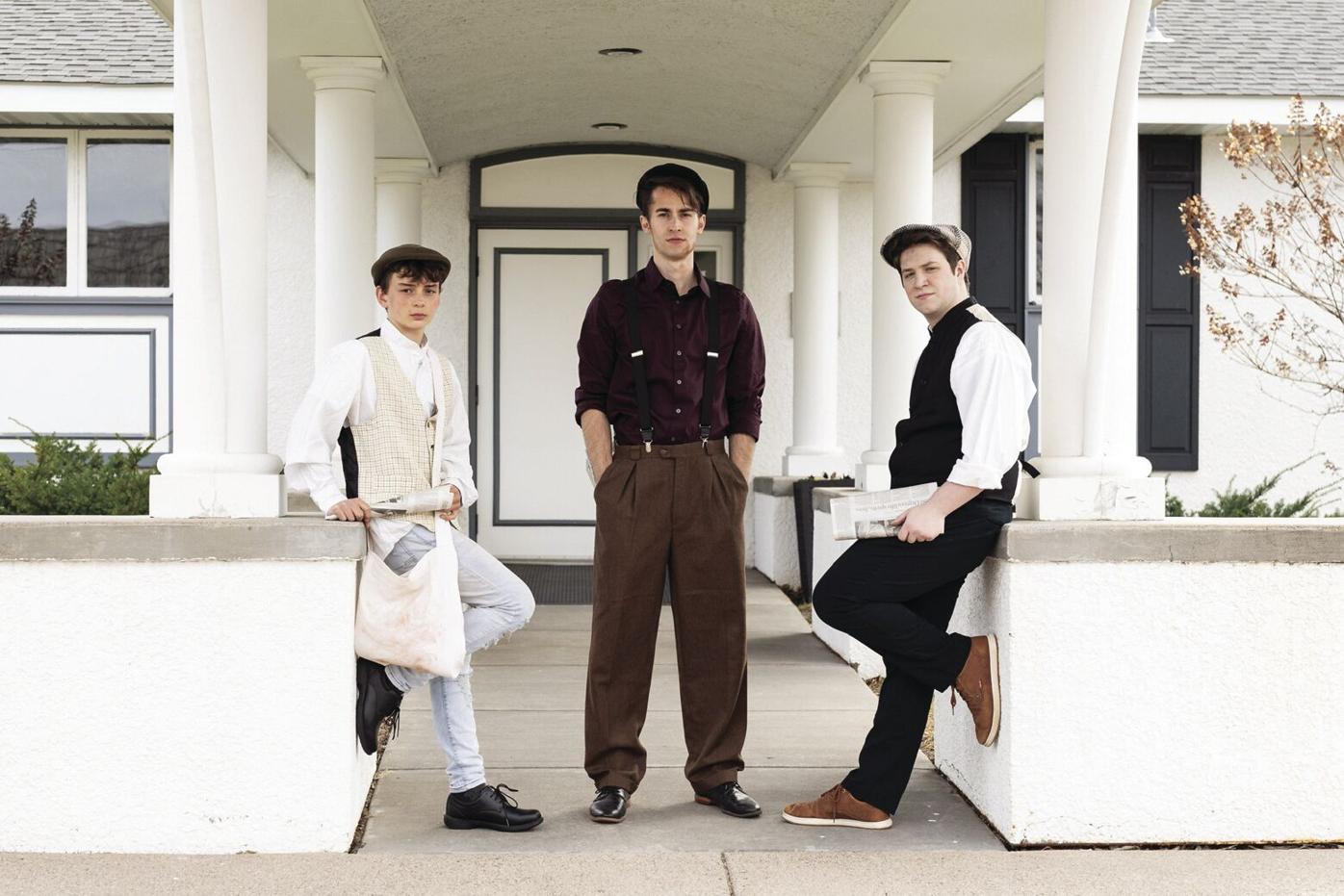 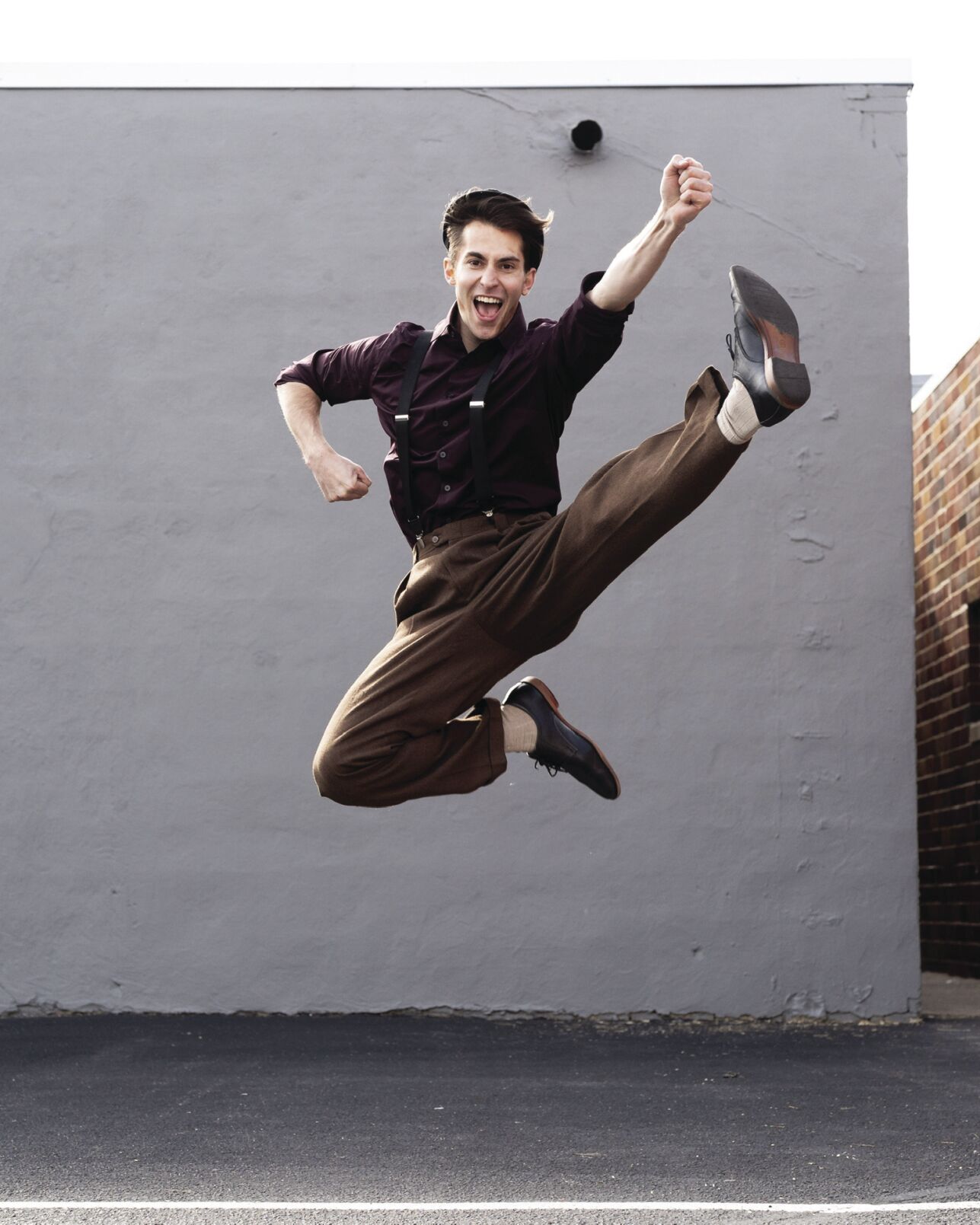 Thomas Friebe will be playing Jack Kelly in the Bunce Performing Arts production of “Newsies the Musical.”

Bunce Performing Arts is back with its annual backyard production. This year, “Newsies the Musical” will be performed at the end of July in Dayton. Pictured are Les Jacobs (played by Sam Coombe), Jack Kelly (performed by Thomas Friebe), Katherine Plumber (performed by Brianna Stole), Davey Jacobs (Ian Handeland), and Crutchie (performed by Jonathan Grommesh. (Submitted photo)

Thomas Friebe will be playing Jack Kelly in the Bunce Performing Arts production of “Newsies the Musical.”

Bunce Performing Arts (Bunce Backyard Productions), a musical theater company from Maple Grove, is performing “Newsies the Musical.” This is a free musical production in the Bogle Backyard this summer. Located in Dayton, the Bogle home is at 11350 Dallas Lane, just off Fernbrook and 114th, northeast of Dehn’s Country Manor and Sundance Golf.

Performances of “Newsies” runs July 23-24, 26-27, and 29-31, each starting at 7 p.m. Check out website buncebackyard.com for more information and rain date/updates.

There is free admission. Arrive early for parking and seating. Be sure to bring an outdoor chair or blanket for seating and mosquito repellent.

“Newsies the Musical” is directed by Sharayah Bunce of Maple Grove, with music direction by Sarah Anderson of Minneapolis, and choreography by Katriela Caspari of Bloomington (assisted by Tara Forseth of Brooklyn, New York). This exciting production includes over 50 performers, including cast, crew and orchestra.

Set in turn-of-the century New York City, “Newsies” is the rousing tale of Jack Kelly, a charismatic newsboy and leader of a band of teen-aged “newsies.” When titans of publishing raise distribution prices at the newsboys’ expense, Jack rallies newsies from across the city to strike against the unfair conditions and fight for what’s right.

Based on the 1992 motion picture and inspired by a true story, “Newsies” features a Tony Award-winning score by Alan Menken and Jack Feldman and a book by Tony Award winner Harvey Fierstein. Featuring the now classic songs “Carrying the Banner,” “Seize the Day,” and “Santa Fe,” Newsies is packed with non-stop thrills and a timeless message.

Production details can be found at BuncePerformingArts.com. Inquiries can be directed to info@buncebackyard.com.

Bunce Backyard Productions started when the Bunce family of Maple Grove decided to perform Oliver in their backyard, along with neighbors and friends, in the summer of 2007. Summers of 2008 - 2012 brought “Beauty and the Beast,” “Fiddler on the Roof,” “Into the Woods,” “Theater for the Thirsty’s Kingdom Tale,” and “Joseph and the Amazing Technicolor Dreamcoat” played to a crowd of almost 900. In 2013, the group performed “Godspell” in the Maple Grove Town Green, and in 2014 to 2019 performed “Tarzan,” “Children of Eden,” “Seussical,” “Peter Pan,” “The Hunchback of Notre Dame,” and “Shrek” in the Bogle backyard in Dayton.

During the pandemic break, the board worked hard to update its website, add a database for keeping track of audience and supporters, and changed its name to include indoor and winter shows (beyond the backyard).

After a year without much live theater, the group is excited to return to live shows in the backyard. Its goal is to present a free family-friendly show each summer that brings hope and joy to the community, as well as to raise funds for local charitable organizations and food for CROSS food shelf. Bunce Performing Arts (aka Bunce Backyard Productions) became a non-profit 501(c)(3) organization in 2012.

Christmas Show: This fall it will be producing “Elf The Musical,” with auditions in late August, rehearsals starting in October, and performances in December at a location yet to be discovered. Help the group find a church or large venue, with seating over 500. Send ideas to info@buncebackyard.com.

Summer Camp: Each June, the group provides an affordable Summer Theater Camp experience for students ages 8-11 and 12-15, this year directed by Tommy McCarthy and Hannah Janssen. Shows have included Jungle Book Kids, AristoCats Kids, Aladdin Kids, The Lion King Kids, Sleeping Beauty Kids, and Seussical Kids. Registration begins in the spring, so keep an eye on the website in March, or sign up for the e-newsletter.

The Beat: Bunce Educational Adventure Theatre follows in the footsteps of Summer Camp and brings a similar two-week rehearsal process and show to local elementary and middle schools, after school and during the summer break.

“Newsies the Musical” is presented through special arrangement with Musical Theatre International (MTI). All authorized performance materials are also supplied by MTI.