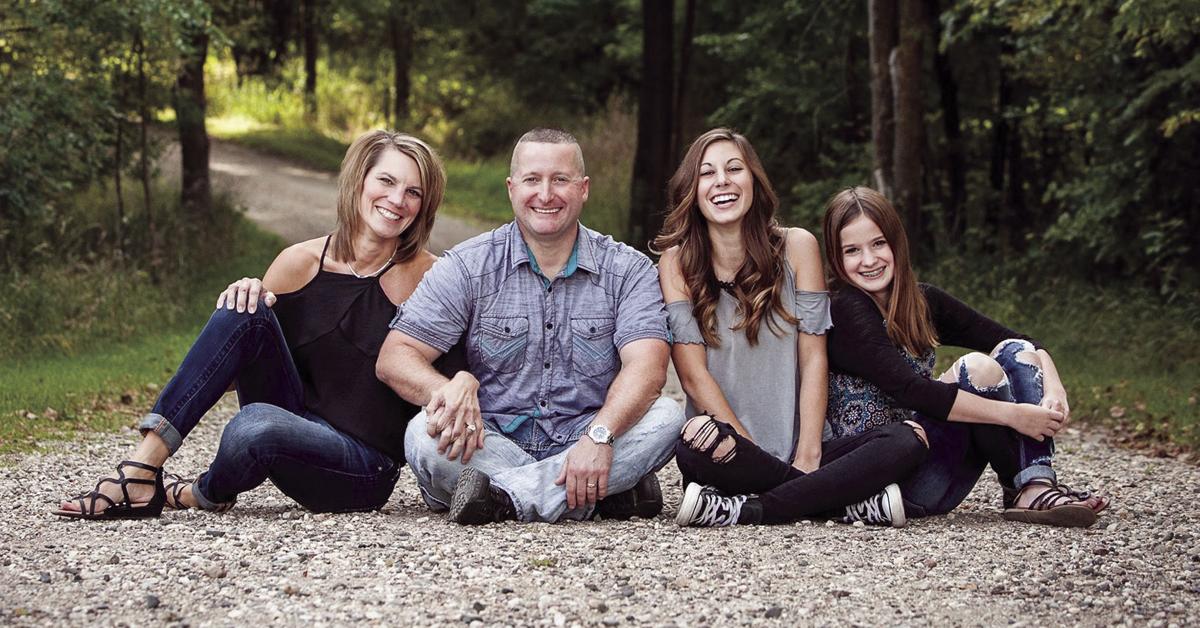 Craig Isaacson said his 25 years of military service and three overseas deployments would not be possible without full dedication and support of his family, including wife Joy and daughters Cailey, 19, and Brooke, 16. 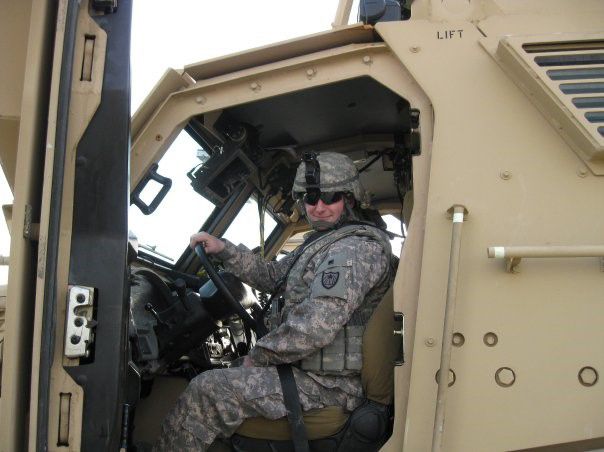 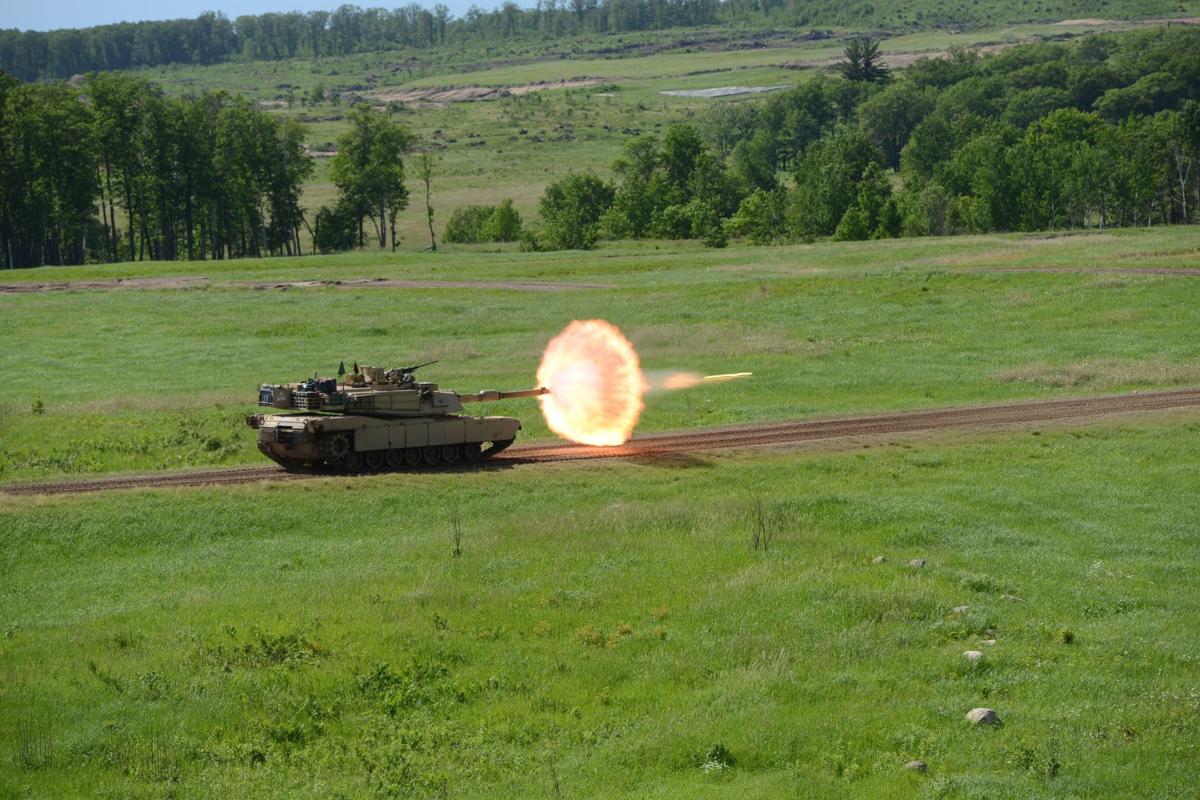 Craig Isaacson is a tank platoon leader with the National Guard (seen in training here), and recently recognizing his 25th year of military service. 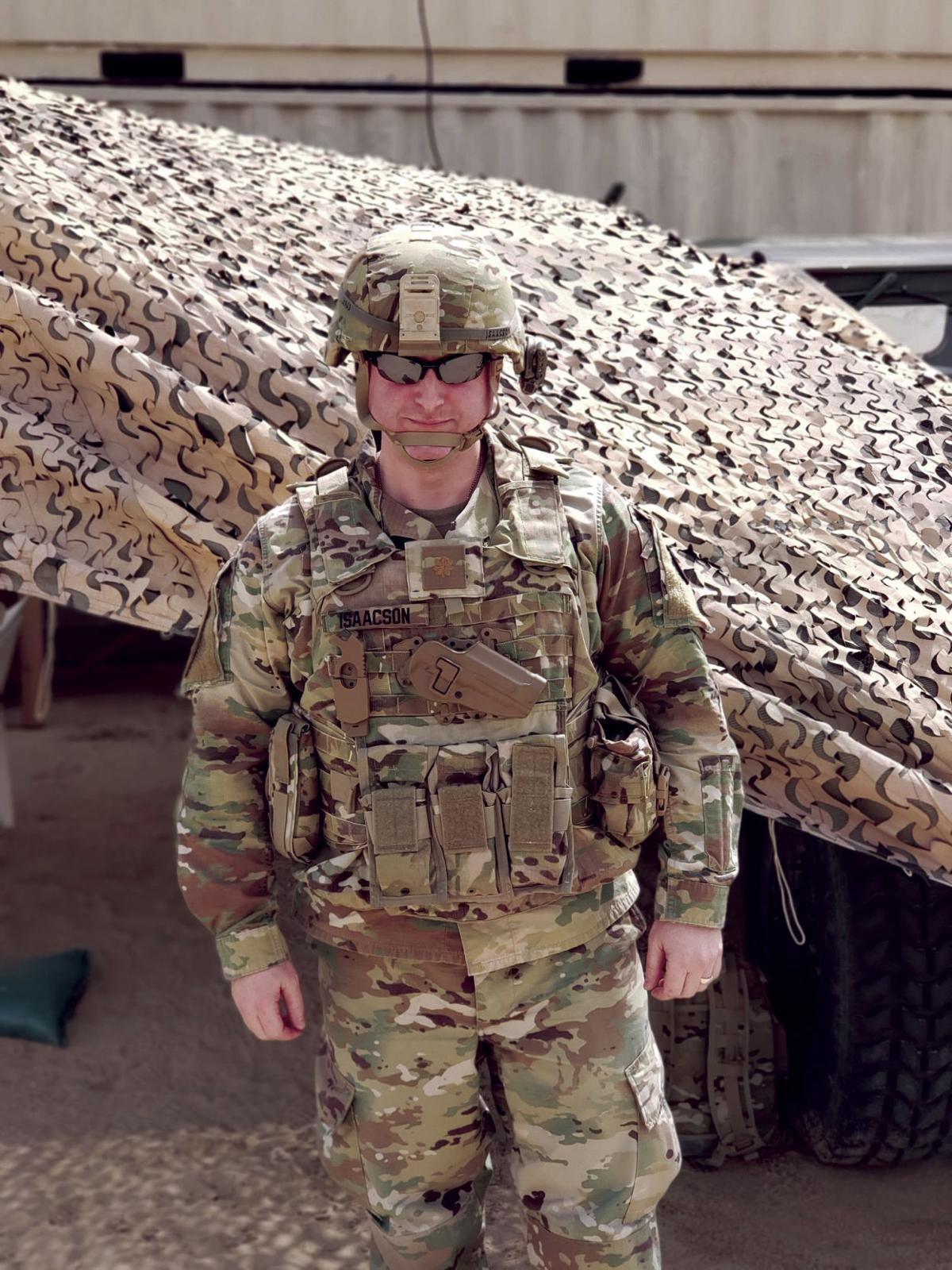 Major Craig Isaacson is seen during his recent deployment at the 34th Infantry headquarters in Kuwait.

Craig Isaacson said his 25 years of military service and three overseas deployments would not be possible without full dedication and support of his family, including wife Joy and daughters Cailey, 19, and Brooke, 16.

Craig Isaacson is a tank platoon leader with the National Guard (seen in training here), and recently recognizing his 25th year of military service.

Major Craig Isaacson is seen during his recent deployment at the 34th Infantry headquarters in Kuwait.

Inspired by his grandfather’s service in World War II, and growing up as a small child in Bloomington, Craig Isaacson had a thought: “Service to the country was something I’d like to do. You should do your part if you can.”

Isaacson, of St. Michael, has since served 25 years and counting, with numerous overseas deployments that took him away from wife, Joy, and daughters Cailey, 19, and Brooke, 16.

Less than 24 hours after his high school graduation in 1990, Isaacson went to basic training for the Marines. He continued to serve eight years for the Marines, including locally for the Fort Snelling military police.

After that service he and college sweetheart Joy moved to Arizona where Isaacson was a law enforcement officer. By year 2000, the now married couple moved back to Minnesota with baby Cailey, and Isaacson took a job with Minnetonka Police.

“We missed winter sports, hunting and fishing, greenery and family,” the avid hunter said. “We loved everything Minnesota has to offer.”

Isaacson said “It all happened” on one of the most notorious dates in American history — Sept. 11, 2001 — when terrorists attacked the US on its own soil. The “it” in “it all happened” was a sense of patriotism and wanting to do something to help his country.

“It’s in my blood,” he said, so he re-enlisted, this time with the National Guard.

With the Armor Company in St. Cloud, Isaacson’s service would soon take him to his first deployment, in Iraq in 2005. He would spend about a year there doing patrols, base security and convoys

“We rotated every 10 days between (patrol, security and convoys) running convoys between base and supply,” he said. Danger wasn’t far during that first deployment, as Isaacson witnessed improvised explosion devices craters on roads he traveled hours prior, and saw two fellow soldiers take on injuries. “I was very fortunate to only have been shot at one time,” he said. “I still think about those first deployments almost every single day.”

After returning home, Isaacson thought “I did my part,” he said. But a mentor would soon make a difference by encouraging him to become an officer, and he was soon promoted to Second Lieutenant in the National Guard. He would then embark on a training mission as a tank platoon leader in Fort Knox, Kentucky.

Isaacson, who was by that time a member in the State Patrol, said the state of Minnesota was very good recognizing military service during the War on Terror. “The state does the right thing,” he said. “My job was waiting for me when I got back.”

His unit was redeployed to Iraq and Kuwait in spring 2009. He served in the 151st Field Artillery based in Montivideo. “They were short of officers, so they pulled different people from different branches of the military,” he said.

Back home in 2010, he became a company commander in Grand Rapids for the 2-136 infantry tank company in the National Guard, all while still working for State Patrol.

His most recent deployment came in September 2018 to July 2019 in the 34th Infantry headquarters in Kuwait as a staff officer, where he served the Operation Spartan Shield as a staff officer. “We looked at missions and planning for events in the near term, short-range planning,” he said.

Isaacson said none of his service would have been possible without support from wife Joy.

“For the wives, it’s a million times harder,” he said. “I just have my job to do (on deployments). (The wives) still have to physically do everything back at home.”

During his first deployment, staying in touch with his young family was difficult, as communications came through a call center in Iraq, with limited time and service members lining up to make calls home.

“I sent a lot of letters and cards and you’d call when you could,” he said.

In 2009-10, he said email was better, and soldiers could also use live video messaging.

Last year’s deployment had much better amenities, with wi-fi available, allowing for social media and live video messaging. “We could talk frequently and (video message) every day,” he said.

Unable to return home during any of his deployments, Isaacson was pleased that Joy was able to visit last year during his training in United Arab Emirates and Dubai.

“You get to see different parts of the world, and you have an inner sense of ‘where else in the world do you have these opportunities’ that Americans do have,” he said. “You see the conditions people live in, and we do make a difference. It’s tough for a service member. You hope for solutions so our grandkids don’t have to do (these deployments).”

“You cherish what we have in our country regardless of what party you belong to,” he said. “You see the alternative on our deployments.”

Today, Isaacson is a lieutenant with State Patrol in an administrative role as assistant district commander. He’s still a major in the National Guard, marking his 25th year of service.

“My goal is 30 years,” he said, “and one day to be a battalion commander in the National Guard ... if I’m still having fun and the guard still wants me,” he said, noting he’ll have to decide about another deployment.

“It’s so important to maintain that comradery,” the 15-year member of the VFW and American Legion said. “It’s dwindling, but it’s so important. I don’t know how to solve that problem,” he said. “If these places are gone, where are the vets gonna go?”

He also gave a nod to Vietnam veterans who faced a hostile environment returning home from an unpopular war.

“The pain and abuse Vietnam veterans faced is what changed how we are treated today,” he said. “They are the reason why we have these opportunities, because of their service. We owe them a lot.”