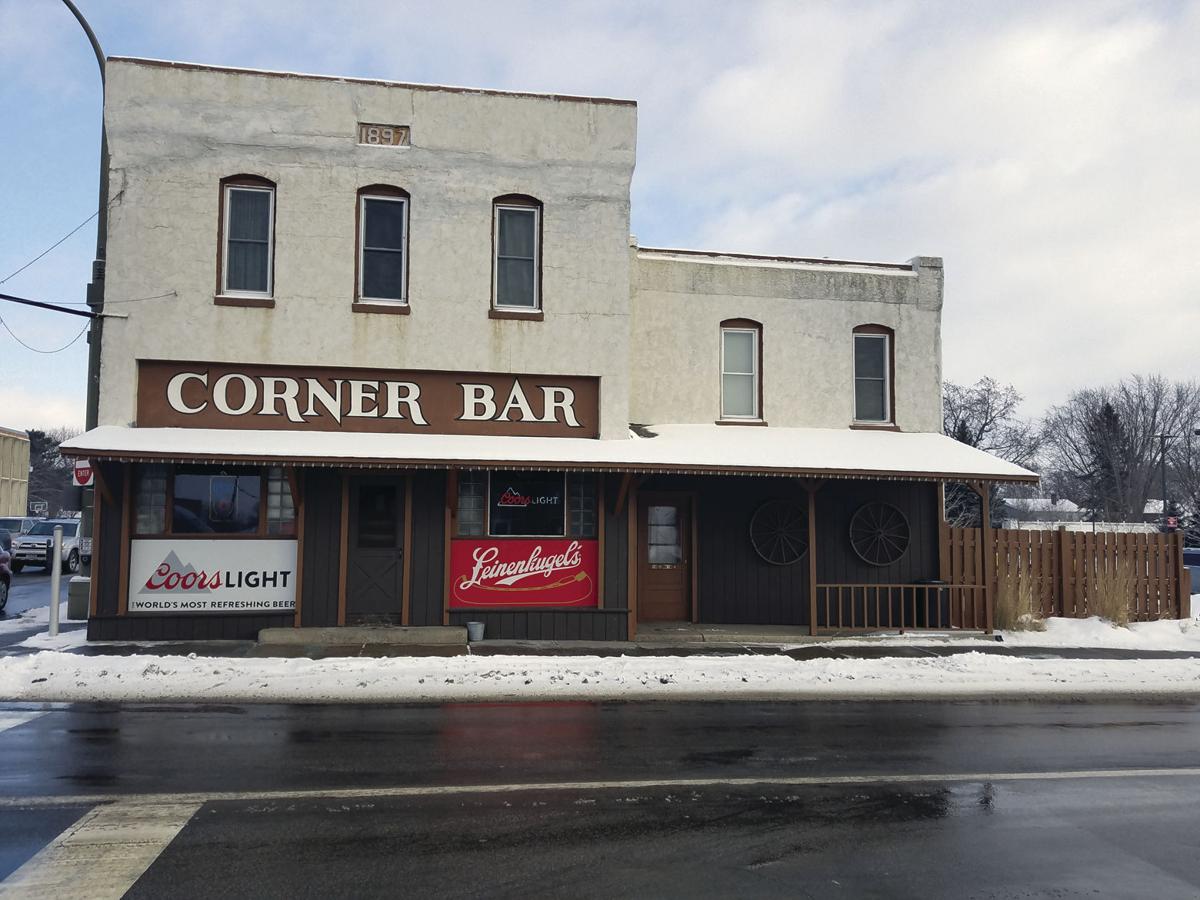 A “cornerstone” in St. Michael’s history, the Corner Bar closed Sunday, Jan. 19, after serving St. Michael since the late 1800s. The property is being acquired by Wright County for an intersection expansion project. (Photo by Aaron Brom) 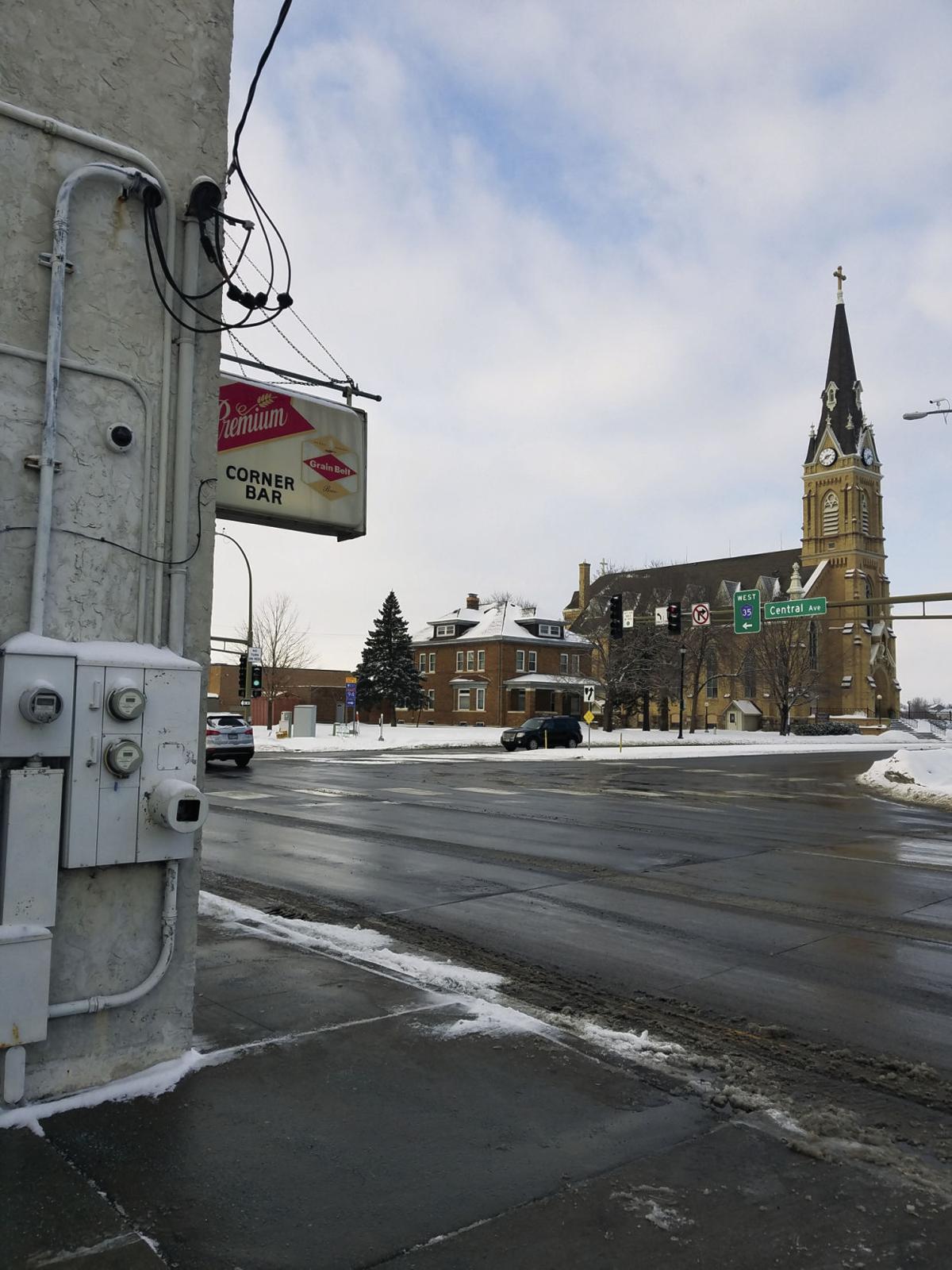 Henry Dick built the present Corner Bar in 1897 of yellow brick, the same as those used to build the Historic Catholic Church, seen just across the street. (Photo by Aaron Brom) 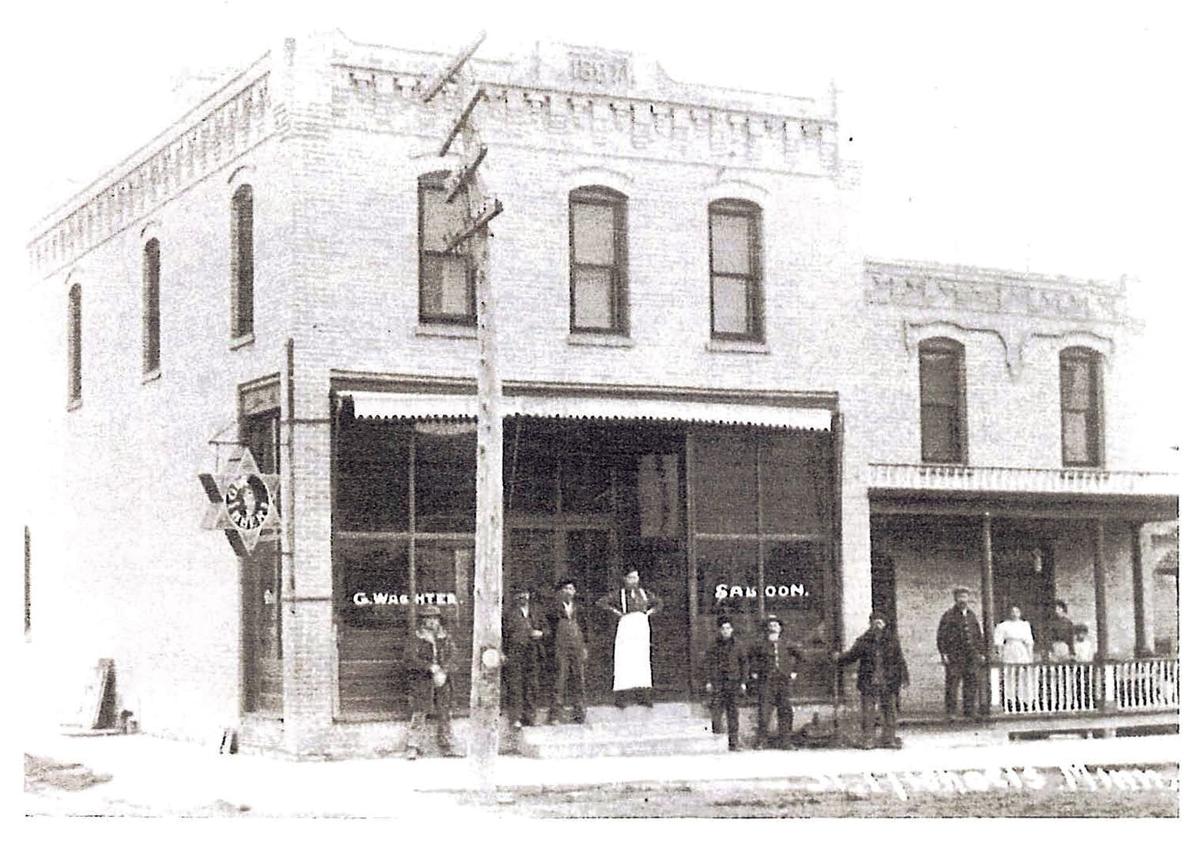 Gotlieb Wachter took over the site in 1909. Wachter operated both the saloon and the meat market that was situated on the same lot but behind the saloon facing Central Avenue.

A “cornerstone” in St. Michael’s history, the Corner Bar closed Sunday, Jan. 19, after serving St. Michael since the late 1800s. The property is being acquired by Wright County for an intersection expansion project. (Photo by Aaron Brom)

Henry Dick built the present Corner Bar in 1897 of yellow brick, the same as those used to build the Historic Catholic Church, seen just across the street. (Photo by Aaron Brom)

Gotlieb Wachter took over the site in 1909. Wachter operated both the saloon and the meat market that was situated on the same lot but behind the saloon facing Central Avenue.

A cornerstone of St. Michael’s history is about to be lost forever.

Built in 1897, surviving Prohibition and numerous changes of ownership, one thing always remained the same — within the walls of the Corner Bar rests the tales of the patrons it proudly served for generations.

Former St. Michael Mayor Jerry Zachman’s family not only has ties to the building, it was his residence during a time in his 20s when parents Lowell and Ladonna Zachman owned the building from 1976 to 1993.

“Generation after generation has fond memories of that bar,” Zachman said. “St. Michael went from 1,000 people to 10,000 but the locals still kept coming.”

Zachman said that sometime along the way, the Corner Bar served as the “go to” spot for City Council and staff members, especially after council meeting nights on the second and fourth Tuesday of each month.

“We looked forward to (the tradition),” he said. “It became a lot of fun, and it was a long, long tradition.”

St. Michael historian and lifelong resident Bob Zahler included a chapter about the bar in his book about St. Michael’s history. Zahler’s ancestor John Zahler ran a post-Prohibition saloon and meat market at the site which was then owned by the Gluek Brewery.

“Even though the country repealed Prohibition in 1933, (John) Zahler still had a rough time making enough money to pay off the mortgage,” Bob Zahler wrote in his book. “He may also have had some other investments that did not pan out as this had happened to many others at this time. Regardless of the reasons for Zahler’s financial problems, Gluek foreclosed on the mortgage and ended up with the property again.”

Bob Zahler said the initial site likely had a structure on it before the current building was constructed in 1897.

“The original building was a wood structure that looked similar to those seen in old-time westerns,” Zahler said. “Henry Dick built the present structure in 1897 of yellow brick, the same as those used to build the Historic Catholic Church.”

The Golden Corner Saloon was owned by the Dicks until 1905, when it was sold to the Gluek Brewing Company. Zahler said Gluek still owned the Corner Bar and tried to keep it afloat during Prohibition by selling non-alcoholic beverages. By 1929 they decided to dispose of the land they owned in St. Michael and sold to John Zahler who took out a mortgage with Gluek Brewing to purchase the property.

While ownership of the premises transferred to Gluek, Henry Dick’ss son and daughter-in-law, Jacob and Lizzie, operated the saloon and hotel until April of 1909 when Gotlieb Wachter took over.

Wachter operated both the saloon and the meat market that was situated on the same lot but behind the saloon facing Central Avenue.

Art Eull, Ray Duerr and Wally Eull ran the site in the 1930s and early 40s. Gluek finally sold the property in 1946 to Howard Sipe and Leo Gray, “but Wally Eull still operated the joint as Wally’s Bar until fall 1952, when Lee Reinhart took over and ran it as Lee’s Corner Bar until 1956,” Zahler said.

After brief ownership by Roger Bjorkland, Zahler said Cletus and Lucy Barthel poured the drinks at the Corner Bar and remained the proprietors until 1972. For the next four years ownership of the Corner Bar went from Jerry and Pat Cielinski, who ran it from 1972 to 1974; and then to Ray Barker who owned the bar from 1974 to 1976.

Next to own the site was Jerry Zachman’s parents Lowell and Ladonna, “who ran it famously” from 1976 to 1993, Zahler said. Current owners Dorothy and Scott Braun have remained proprietors ever since.

“In fact the Brauns have also kept most of the same bartenders,” Zahler noted. “The bartenders at the Corner: Cindy, Allie, Donna, Sandy and Mary are a big reason why people have enjoyed coming back over the years. Even if the people sitting at the bar were strangers, the people behind the bar were old friends.”

Zahler said that for every generation of “St. Michaelites,” the Corner Bar “holds a special place in their memory.”

He added, “The Corner (or “die Ecke” as they used to say in German) was the meeting place before people went out for dinner, or the ending place if earlier stops had been boring. During the Christmas holidays and spring breaks, college students came home and met up with high school classmates at The Corner. In the 1950s and early 60s people gathered around the piano and sang songs. In the 70s and 80s patrons joined in singing with the jukebox, and then starting in the 1990s karaoke became the entertainment.”

He also said an “odd tradition” took place for many years where brides and grooms came directly from the Catholic Church to the Corner Bar after taking their vows, “or groomsmen stole the bride and brought her to the Corner before the reception.”

PLANS FOR THE SITE

St. Michael’s growth was the final factor determining the Corner Bar’s fate. The property is being purchased by Wright County to make way for an intersection expansion project at Hwy. 241 and County Rd. 19.

Zachman predicted the St. Michael Legion’s Liberty Bar just down the street will be the new hot spot for Tuesday night post-council meetings. But he said memories of St. Michael’s long loved Corner Bar will be cherished forever.

Zahler agreed: “It’s difficult to pinpoint what made the Corner Bar such a special place,” he said. “Its location was certainly helpful. The Corner was never pretentious and any owner who tried to make it more than it was didn’t stay in business long. Perhaps that’s what made the Corner Bar special. It was and is the place where the surroundings allow people to be themselves; where the focus is the people you meet there.”