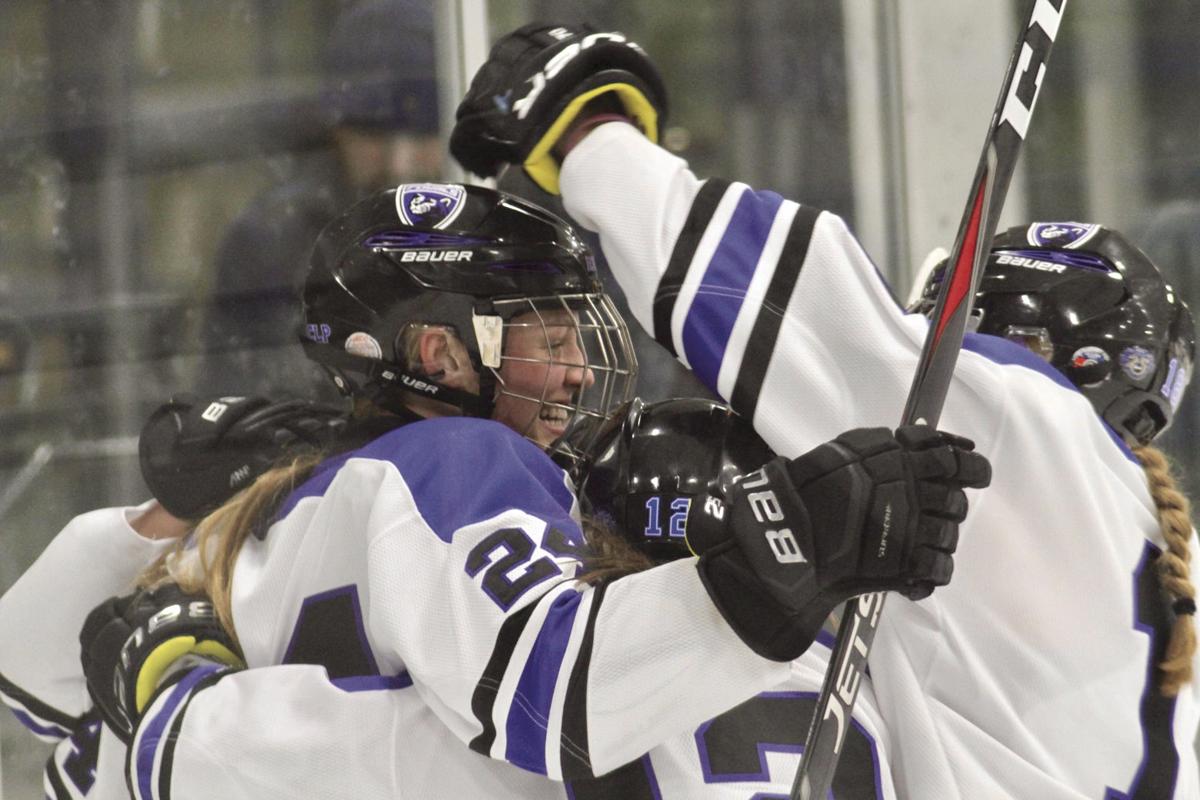 The Royals celebrate after junior forward Emma Rooks (24) tied the game in the first period during Rogers 5-4 loss to Maple Grove. (Photo by Erik Nelson) 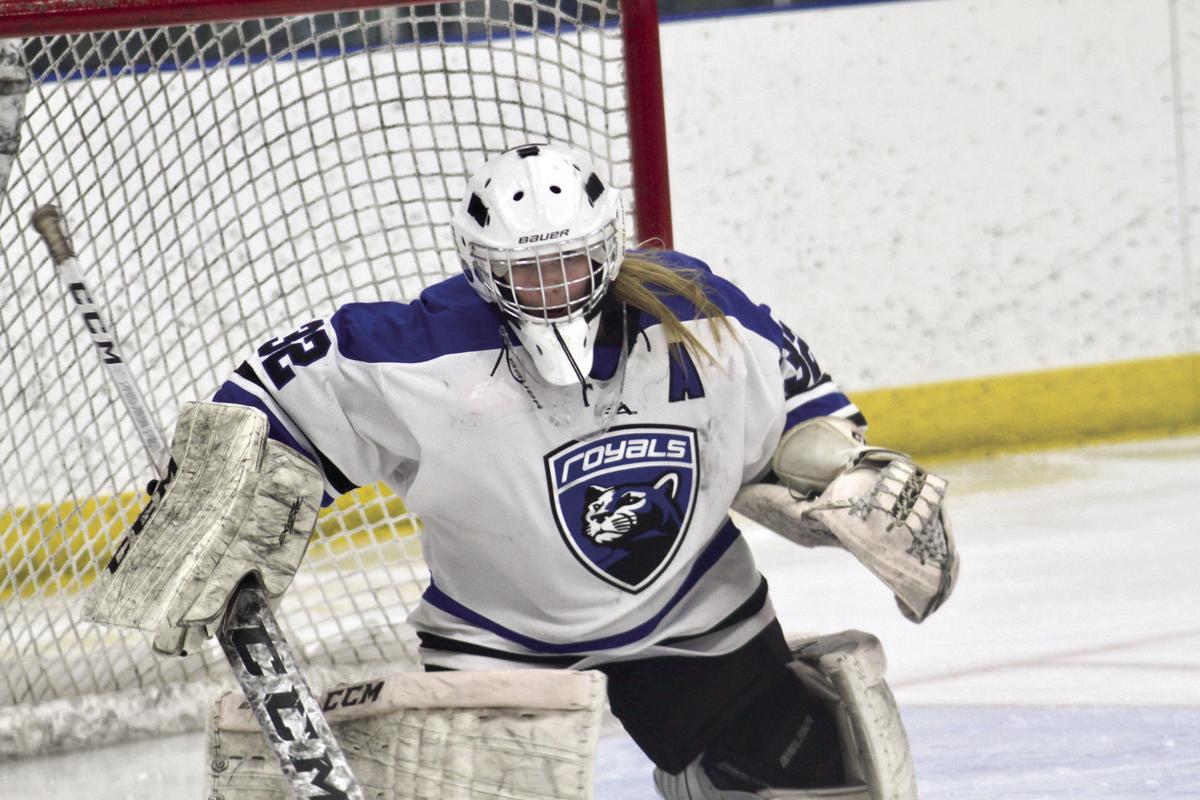 Rogers senior goaltender Hailey Hartlage makes a save during the Royals 5-4 loss to Maple Grove on Jan. 28 at Rogers Activity Center. Hartlage is one win away from her 60th of her career. (Photo by Erik Nelson)

The Royals celebrate after junior forward Emma Rooks (24) tied the game in the first period during Rogers 5-4 loss to Maple Grove. (Photo by Erik Nelson)

Rogers senior goaltender Hailey Hartlage makes a save during the Royals 5-4 loss to Maple Grove on Jan. 28 at Rogers Activity Center. Hartlage is one win away from her 60th of her career. (Photo by Erik Nelson)

In what could be a preview of a Section 5AA playoff game in a few weeks, the Royals girls hockey team saw its four-game winning streak end at the hands of the team with the second-best record in the Northwest Suburban Conference.

Head coach Joel Wesloh said Rogers will have to beat the Crimson in the section playoffs if the Royals want to make the state tournament.

“There’s no reason not to think that we can’t be the team that does that,” Wesloh said. “We’ve got work ahead of us, but there are some goals we can meet. With a little luck and hard work, we can get it done.”

After Maple Grove took an early 2-0 lead in the first period, Rogers tied the game at 15:16 of the first when junior forward Emma Rooks poked a loose puck past Crimson junior goaltender Brooke Cassibo. It was Rooks’ 14th goal of the season.

The Crimson and the Royals traded goals before Maple Grove senior forward McKayla Machlitt scored on the power play at 8:50 of the third. It was Machlitt’s fifth goal of the season.

Down 5-3 with less than a minute to go and with the net pulled, a slap shot from Rogers senior defender Sara Parent beat Cassibo with 26 seconds remaining in regulation. The Royals’ bench jumped for joy, but it was too little, too late. The Crimson shut down any opportunity for Rogers to tie the game before the end of regulation.

Senior forward Paige Vreeman said Rogers has heart that can’t be measured on a statistics sheet.

“It’s crazy,” Vreeman said. “We have so much grit and we keep fighting to the end. We can’t let up and don’t get down on ourselves.”

Offensive Player of the Game — Vreeman scored twice in the losing effort. It was her fourth multi-goal game of the season. Vreeman leads the Royals in goals with 17 and points with 32.

Defensive Player of the Game — Cassibo made 24 saves for her 17th win of the season.

What’s next — Rogers was scheduled to Buffalo (9-12-2, 2-9-0) on Jan. 30 at 7 p.m. at Rogers Activity Center. The Royals defeated the Bison 4-3 on Jan. 8, 2019, the most recent meeting between the two programs. Freshman forward Avery Farrell scored the game-winning goal early in the third period.

Wesloh said he wants Rogers to have hope that it could make the state tournament in February.

“Who here doesn’t think that we’re ready to go to a state tournament?,” Wesloh said to the Royals after the game. “That’s the type of game that we’re going to be in to get there. There’s a lot of things we can improve on. If we can do that, a lot of good things can happen for us.”