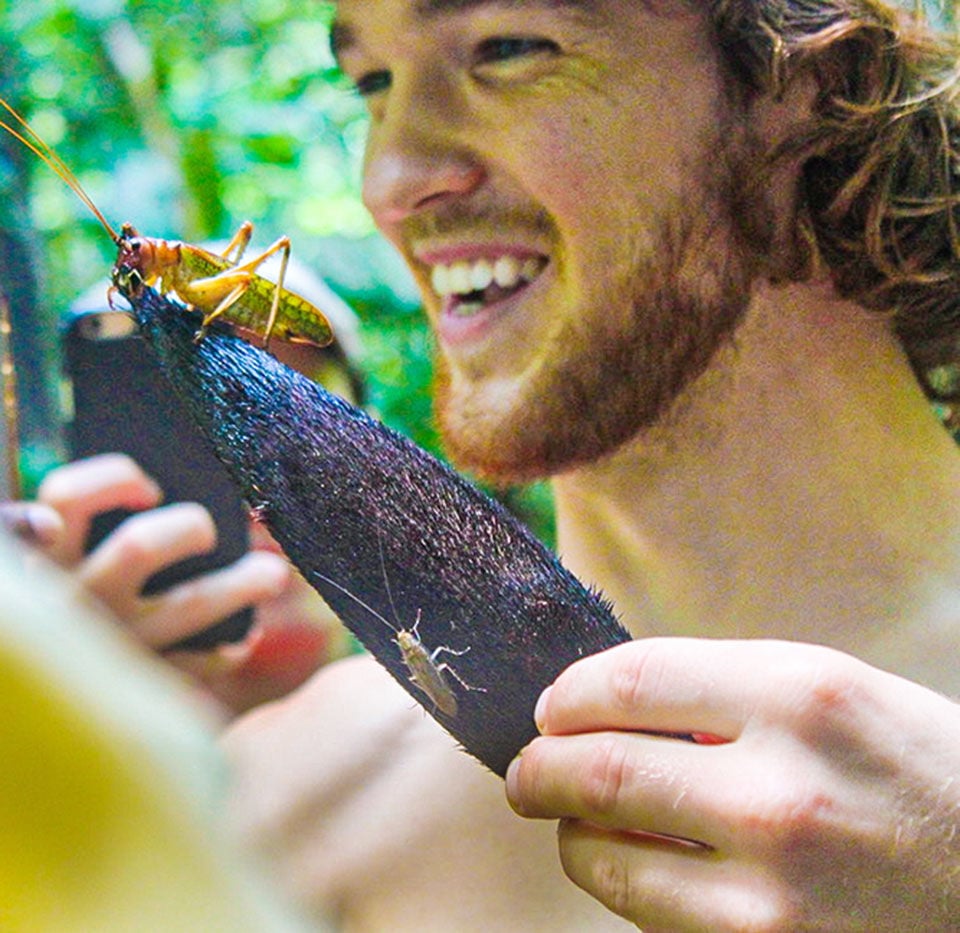 Videographer Matthew Abeler of Upsala recently released a video about the deforestation of the Amazon Rainforest while exploring what is left of it with well-known biologist, Dr. Thomas Lovejoy. 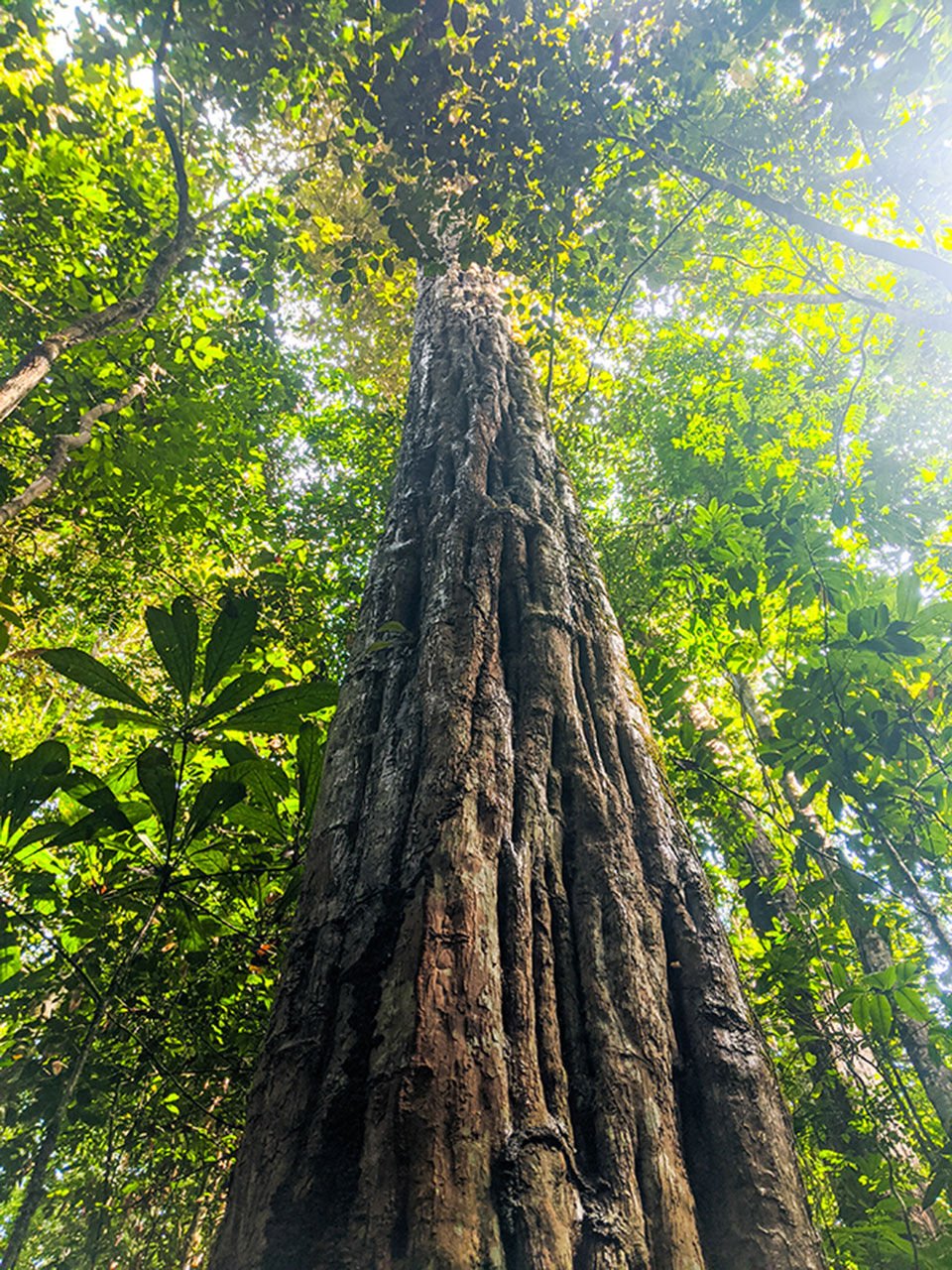 The large trees of the Amazon Rainforest provide a canopy for those who walk underneath. Many sounds from different animals can be heard throughout the rainforest. 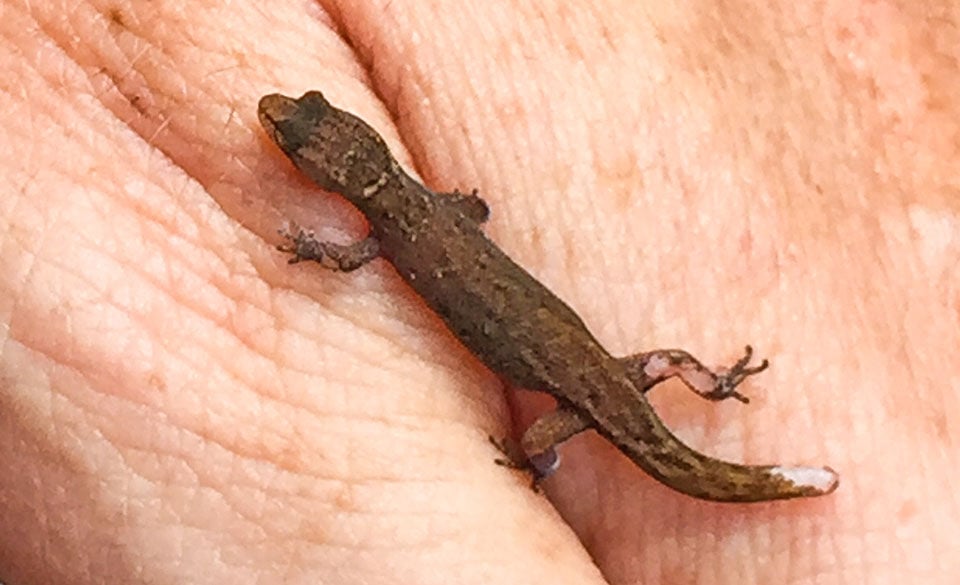 The Brazilian pygmy gecko only grows to a maximum length of 24 millimeters.

Videographer Matthew Abeler, a 2013 graduate from Upsala High School, returned home from Manaus, Brazil, in March right before COVID-19 hit the area hard. However, if given the opportunity to return to the city by the Amazon Rainforest that captured his heart, he’d go back in a heartbeat, he said.

Abeler traveled to Brazil over the New Year 2019-20 and had the opportunity to join biologist Dr. Thomas Lovejoy and several others on a tour. Using his skills as a videographer, he documented his experience while visiting the Amazon Rainforest and about what makes it so great.

The heart of the story is to show viewers the hydrological cycles of the Amazon Rainforest and how it essentially creates its own rainfall.

In addition, the video shines a light on a research reserve that has studied the effects of the deforestation has had on animal populations since the forest started getting cleared to make way for cattle farms about 40 years ago.

Abeler said Dr. Lovejoy started making the scientific community and the general public more aware about the deforestation that was taking place in the 1980s. He was also there when the Biological Dynamics of Forest Fragments Project (BDFFP) was started.         “Their basic goal was to study how the forest was handling the deforestation, so they set up forest fragments, small sections of forest, one to 100 hectares (one hectare is about 2.47 acres) in size, in the middle of areas that were being cleared by cattle ranchers,” he said.

As the cattle ranches failed one after another and the areas were abandoned, the forest has been able to re-grow. Today, about 13% of Brazil’s landmass is demarcated to its indigenous reserves or territories, some Abeler finds quite impressive.

Abeler said there were several others, who toured with Lovejoy. The majority of them were from the United States — podcasters, ornithologists (bird watchers), teachers, nature enthusiasts, anthropologists,     university professors and more.

“We were all being guided and led through the rainforest by Dr. Thomas Lovejoy. It was a really a great opportunity to be able to do that with someone who is kind of like the grandfather of the Amazon and is well known in the scientific community. It really gave you a broader picture of the value of the Amazon Rainforest,” he said.

One of the days in the Rainforest, the group climbed a research tower about 100 feet above the ground. Once up there, Abeler was able to capture the mist the rainforest produced with his film camera. Knowing the immense value of it for all of South America made it even greater, he said.

What makes it even more impressive is that through it, the Amazon Rainforest provides moisture to all of the countries in South America, except for Chile, Abeler said.

“When you see the Amazon and relate it to be an irrigator to an entire content, you realize it has a lot of value,” he said.

Part of the forest fragments research also focused on how the deforestation affected the diversity of wildlife in the Amazon Rainforest. While Abeler was able to see a variety of animals, he didn’t encounter as many as people may initially think one would when visiting the rainforest. That is mainly because most of them are hiding, he said.

Some of the animals Abeler saw were bright-colored macaws, false coral snakes which attempt to fool people and other animals they are venomous and the Brazilian pygmy gecko, which only grows to a maximum length of 24 millimeters.

One of the most memorable experiences was hearing the Amazon Howler monkeys and not knowing what the sound was at first.

“You can hear them from five kilometers (about 3.1 miles) away. They sound like the orcs from the Lord of the Rings. It’s like Jurassic Park comes alive to you in the forest next to you. It is a very intimidating sound and strikes the fear of God in you. Then you realize, it’s a tiny monkey,” he said.

During his visit to Brazil, Abeler also created a video about the migration of purple martins. Before flying to a variety of destinations, including Minnesota, to Abeler’s surprise, about 300,000 purple martins gather on an island in Brazil to nest and roost, he said.

When Abeler returned to Minnesota, he gave 2-12 grade students in Upsala a sneak peak of the video he created about the Amazon Rainforest.

“The kids loved it. Watching students and teachers light up during conversations about transpiration, snakes, river dolphins was really amazing. Since I grew up here I always appreciated when explorers came home and helped give me a bigger picture about the world around me,” he said.