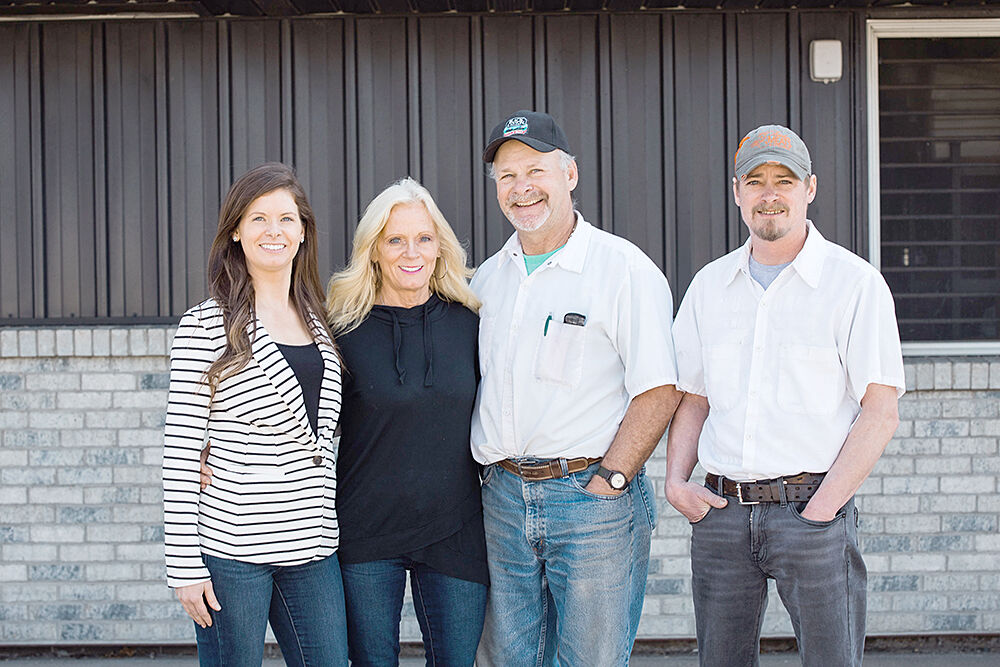 From left, Jessica, Linda, John and Michael Thielen represent the third and fourth generations of Thielen Meats, the first and second in Little Falls. Thielen Meats was recently named Large Business of the Year by the Little Falls Chamber of Commerce. 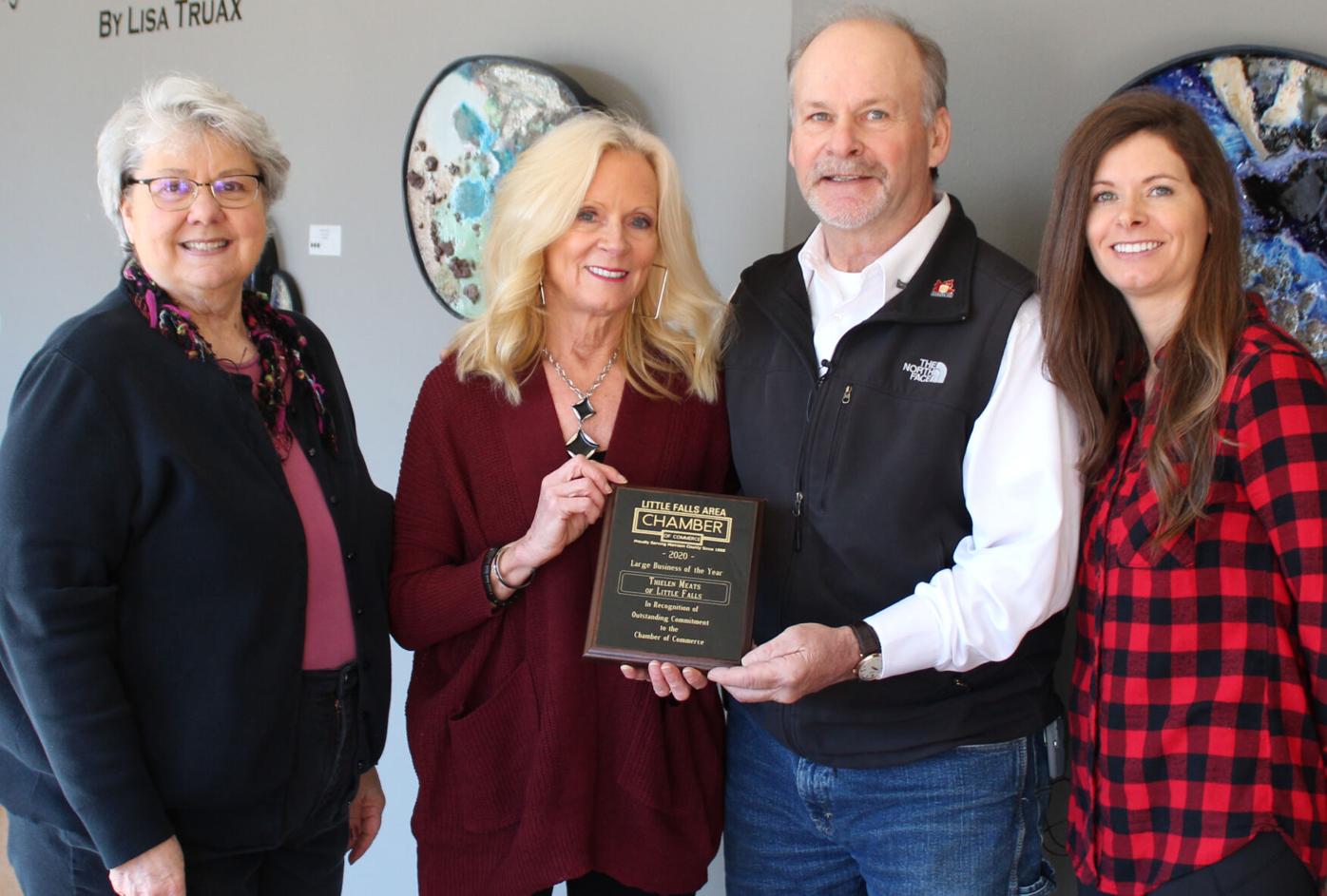 From left, Jessica, Linda, John and Michael Thielen represent the third and fourth generations of Thielen Meats, the first and second in Little Falls. Thielen Meats was recently named Large Business of the Year by the Little Falls Chamber of Commerce.

John Thielen was surprised when his daughter, Jessica, informed him Thielen Meats had been named “Large Business of the Year” by the Little Falls Chamber of Commerce.

Not only was he caught off guard by the award, but also by exactly which one Thielen Meats had claimed. After all, the Chamber of Commerce also gives out an award for the Small Business of the Year.

“I guess it goes by number of employees,” John Thielen said. “When we started in Little Falls, we would have been a small business. We still have always considered ourselves a small business. I’m not complaining or anything, but I didn’t even realize we had crossed that threshold.”

The growth of Thielen Meats is a testament to the success of a business that expanded its operation into Little Falls in 1990. At that time, they employed about 10 people, and John was working seven days per week to nurture the business through its infancy.

John and his wife, Linda, opened the meat market in Little Falls 68 years after John’s grandparents, Phil and Cora Thielen, established the family’s first meat shop in Pierz. John’s parents, Leland and Dorothy Thielen, built the Pierz market in its current location, and John went to work as a bacon slicer and “cleanup boy” at only 12 years old.

In the 30-plus years since John and Linda opened their own shop in Little Falls, the business has undergone many changes. Thielen Meats has added square footage both to its building and its parking lot. In 2013, a 60-foot meat case — the largest in the midwest, according to Thielen Meats — was added, along with updated technology in the sausage department that has helped the business offer more than 50 varieties of sausage products.

As the business has grown, so too has the Thielen family’s involvement in the Little Falls community. Over the years, both John and Linda have served on the Chamber of Commerce Board of Directors. They have also contributed to countless charitable organizations and good causes, including Friends of Linden Hill, Little Falls FFA, Little Falls Community Schools and local food shelves.

Jessica Thielen, who along with her brother, Michael, represents the fourth generation of Thielen Meats, is currently involved in both Habitat for Humanity and Meals on Wheels.

“We try to give a little bit everywhere we can,” Jessica said.

“You don’t do that stuff for the recognition,” John said. “You do it because you want to do it. It’s still nice to be recognized, though. It makes you realize that what you’re doing is helping the community.”

During the 2013 expansion, Thielen Meats also added a separate room with keypad entry so that residents could pick up orders 24 hours a day. That has also come in handy over the past year when COVID-19 made contactless pick-ups a necessity.

It has been another way Thielen Meats has been able to continue serving a community that has supported the Thielen family for generations.

“John attributes the success of his business to the loyal community of Little Falls as well as the dedication of his staff,” reads the nomination of the business for the award. “He continues to practice the same principles taught by his father to treat employees well and always put the customer first. With over half of the full-time staff employed for five years or longer, this ideal has cultivated the best possible experience for customer satisfaction.”

John said he believes the Little Falls business community is in better shape now than when he arrived in 1990. At the time, he said the town’s economy was greatly dependent on the boating industry with Larson and Crestliner. Over the years, he said the town’s industry has diversified with companies such as Wabash National, AirBorn, Inc. and Barrett Pet Food Innovations.

He is thankful to his employees, past and present, the community of Little Falls and his parents for teaching him the meat business. They have all played a role in helping Thielen Meats stand out in the Little Falls business community, no matter its size.

“Well, it’s definitely an honor,” John said. “There are a lot of businesses involved with the Little Falls Chamber of Commerce. We always try to give back to the community. Being a Chamber member is a two-way street; you’ve got to give to the community to get something back.”

Due to the pandemic, the Chamber’s annual meeting was recorded and will be broadcast on the GRA/GRTV YouTube Channel at https://www.youtube.com/watch?v=HH0gsWeGz8M

Do you feel the County Recorder should be an elected position or one appointed by the County Board?