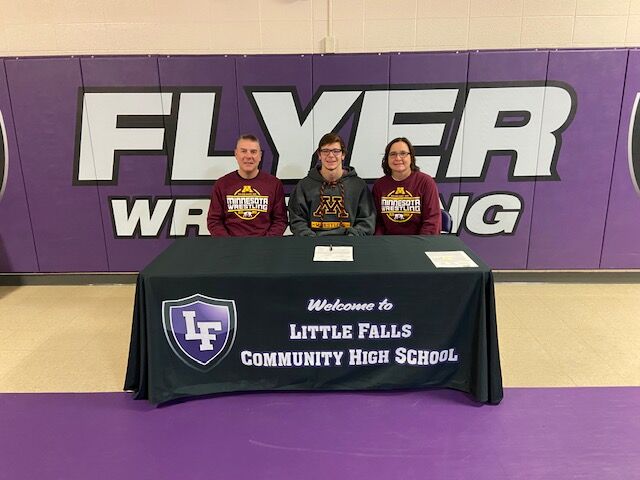 Little Falls senior Gabe Nagel signs his letter of intent to wrestle at Division I University of Minnesota, Nov. 17. Gabe, center, is the son of Todd, left, and Janae Nagel. 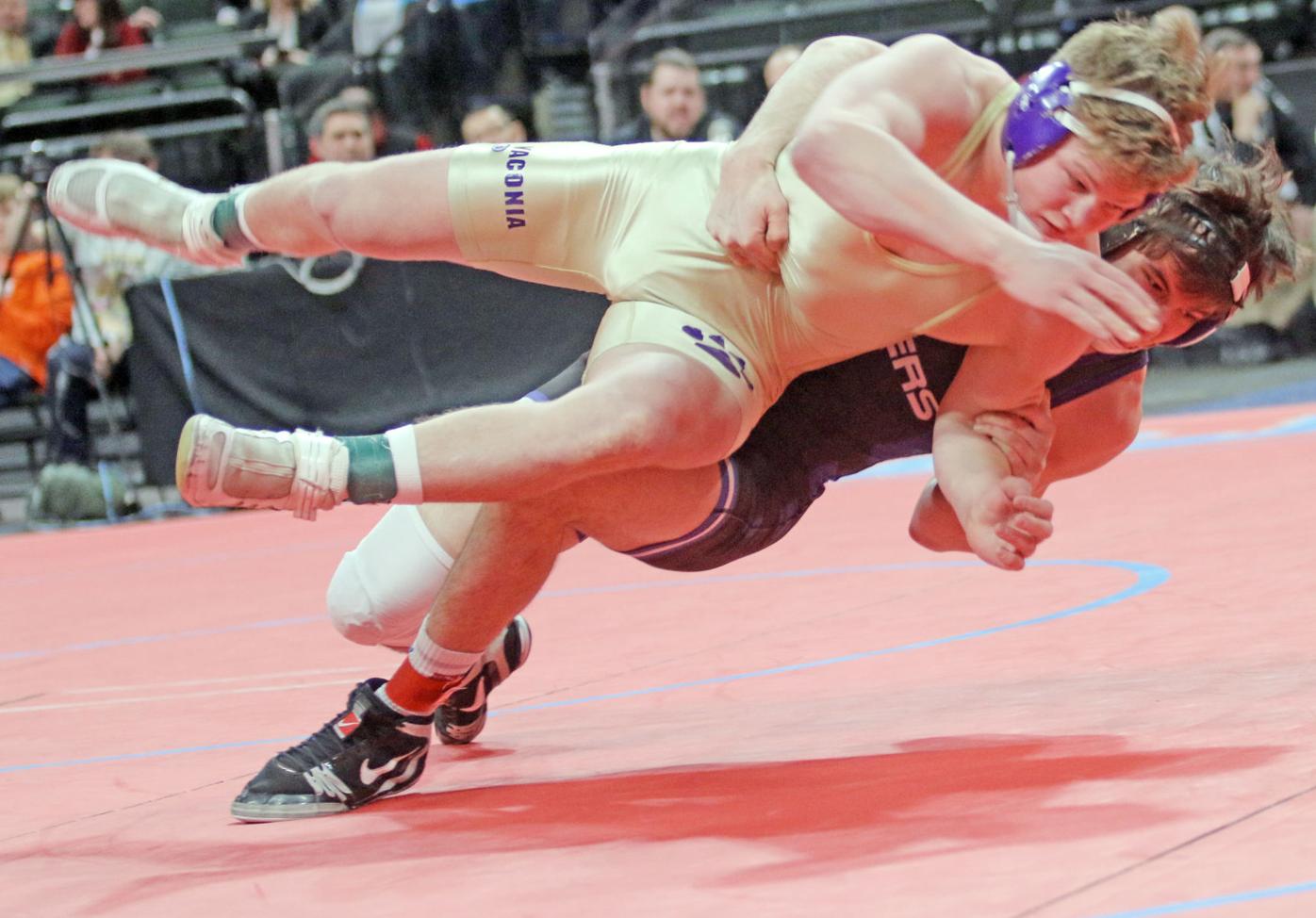 Little Falls senior Gabe Nagel signs his letter of intent to wrestle at Division I University of Minnesota, Nov. 17. Gabe, center, is the son of Todd, left, and Janae Nagel.

With the current season on pause, Little Falls senior wrestler Gabe Nagel focused his eyes even further in the future.

Nagel signed his letter of intent to wrestle at Division I University of Minnesota, Nov. 17.

“Now signing and making it official, it is definitely starting to feel more real,” Nagel said. “I’ll be a Gopher in a year, and I’ll be down there wearing the maroon and gold. It is kind of a cool feeling.”

Nagel had verbally committed to the Gophers prior to last winter. It was following a Class 3A State Title in as a sophomore in 2019. Nagel has been training with the Gophers for nearly a year now, and though practices have been different, due to COVID-19, Nagel said that the Gophers have been there for him.

“They always want to support me in any way they can, so they are always down for me coming to practices, which is awesome,” Nagel said.

As for why he chose the Gophers. He dreamed about it as a kid.

“I know growing up I was always a Gophers fan,” Nagel said. “Even from a young age, I would imagine it, and you talk with your friends about wrestling with the Gophers.”

“As I got older, it seemed more real that I could maybe wrestle for the Gophers, and now I am, so it’s kind of a crazy thing to think back on,” Nagel said.

Flyers head coach Mike Hendrickson is certain that Nagel is up for the challenge.

“It is pretty impressive, because Division I is the best of the best,” Hendrickson said. “I’ve had an opportunity to watch the Gophers live, and on TV, and it is amazing the intensity. It is pretty special, and Gabe is a special kid, so he’ll fit in just fine.”

And Hendrickson believes that Nagel has everything it takes to do it.

“He’s physically strong, mentally tough, he has tremendous desire, he has wonderful support from his family and he lives and breathes wrestling,” Hendrickson said. “He has put in his time, and wrestled year-round for many years, and it takes that kind of desire and commitment to be a Division I athlete.”

Last season, Nagel rode an 87-match win streak in to the 170-pound final in Class 3A.

That gives Nagel plenty of motivation to refocus for 2021.

Of course that is not all that is going to motivate Nagel in his senior season.

At 181 wins for his career, Nagel is 15 wins shy of Dylan Kifer’s Flyers record of 196 wins. He is also nine pins short of Kifer’s top mark.

“We’re all crossing our fingers that we’ll be able to wrestle, because it would be a special season for him for sure,” Hendrickson said.

Nagel too is hopeful.

“Hopefully it is another good season to end off my high school career,” Nagel said. “I just hopefully stay healthy throughout the season, and keep getting better, so that by the time I get to the ‘U’ that I’ll have a good platform that I can keep growing off over there.”

While the future is a bit cloudy, and perhaps a bit uncertain, Nagel looks forward to his future successes.

“I don’t really know what to expect, but I’m just excited to be able to keep wrestling,” Nagel said. “I always wanted to wrestle in college, and to get to do that, and arguably at the highest level, I think it is going to be a great experience.”

“Everything that happens to Gabe, he deserves,” Hendrickson said.

Have you tried to schedule a COVID vaccine on Minnesota’s new website (mn.gov/covid19/vaccine)?