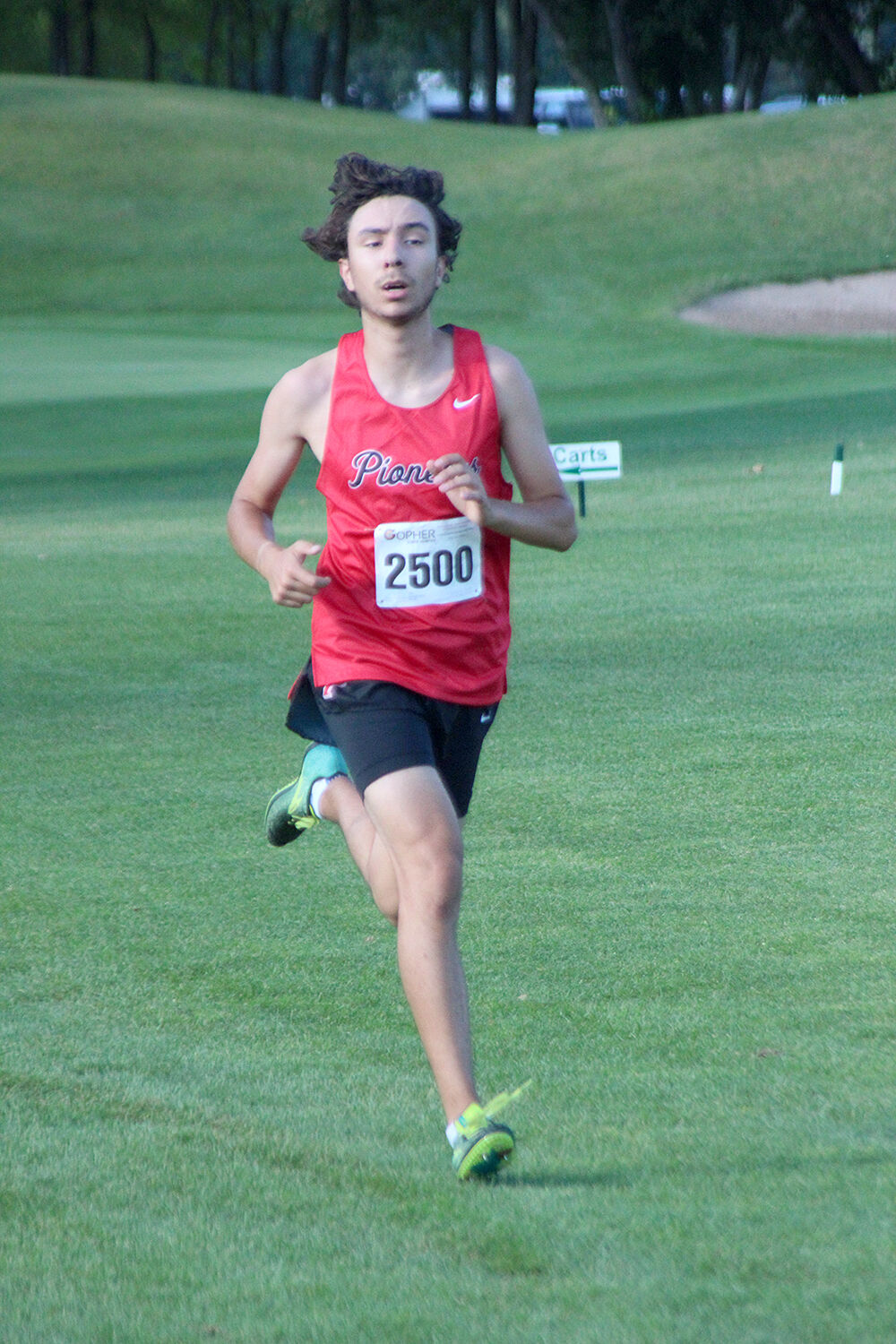 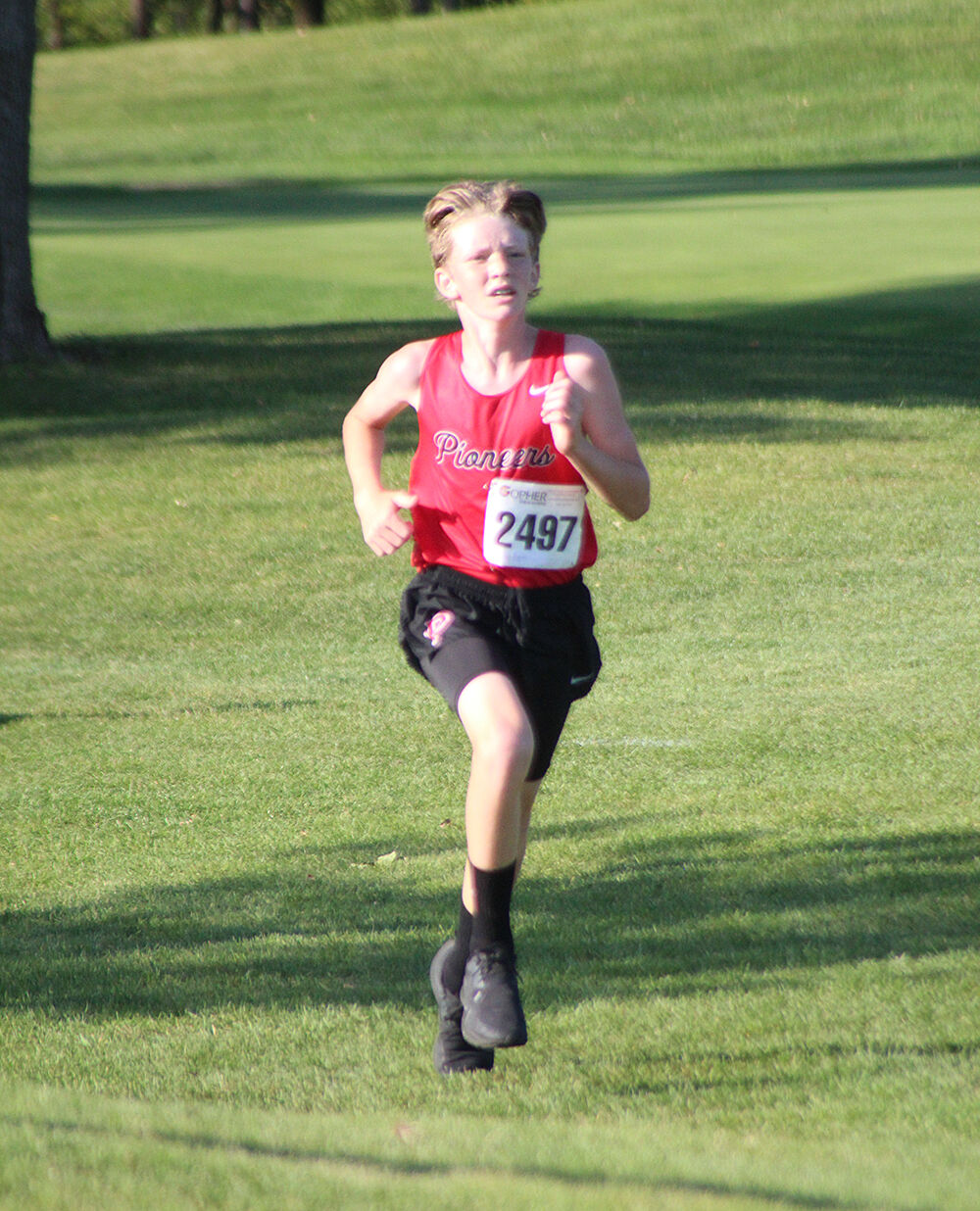 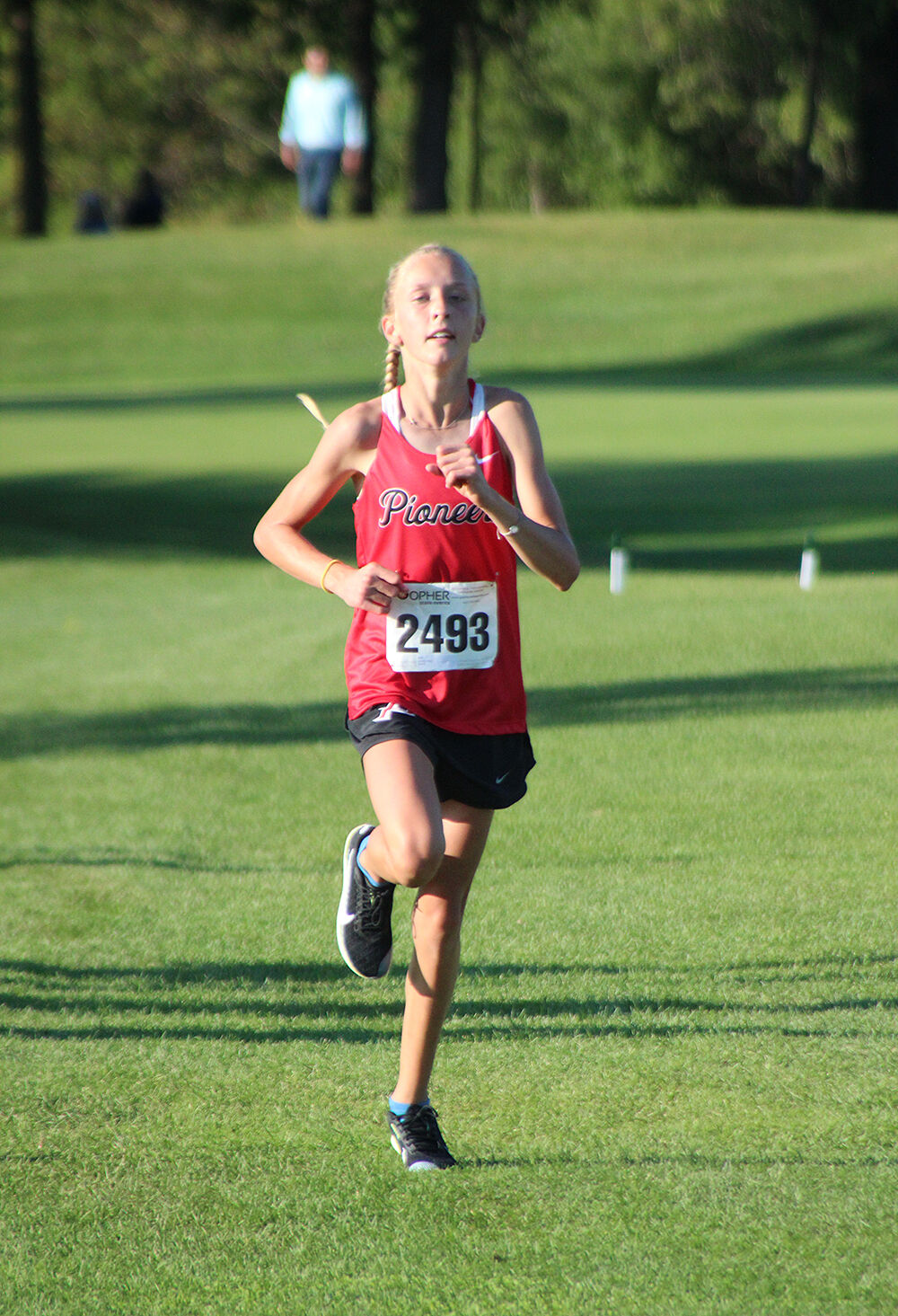 Chloe Lochner runs in the Early Bird Meet in Milaca, Monday. She paced a third-place team effort for the Pioneer girls with a fourth-place finish. 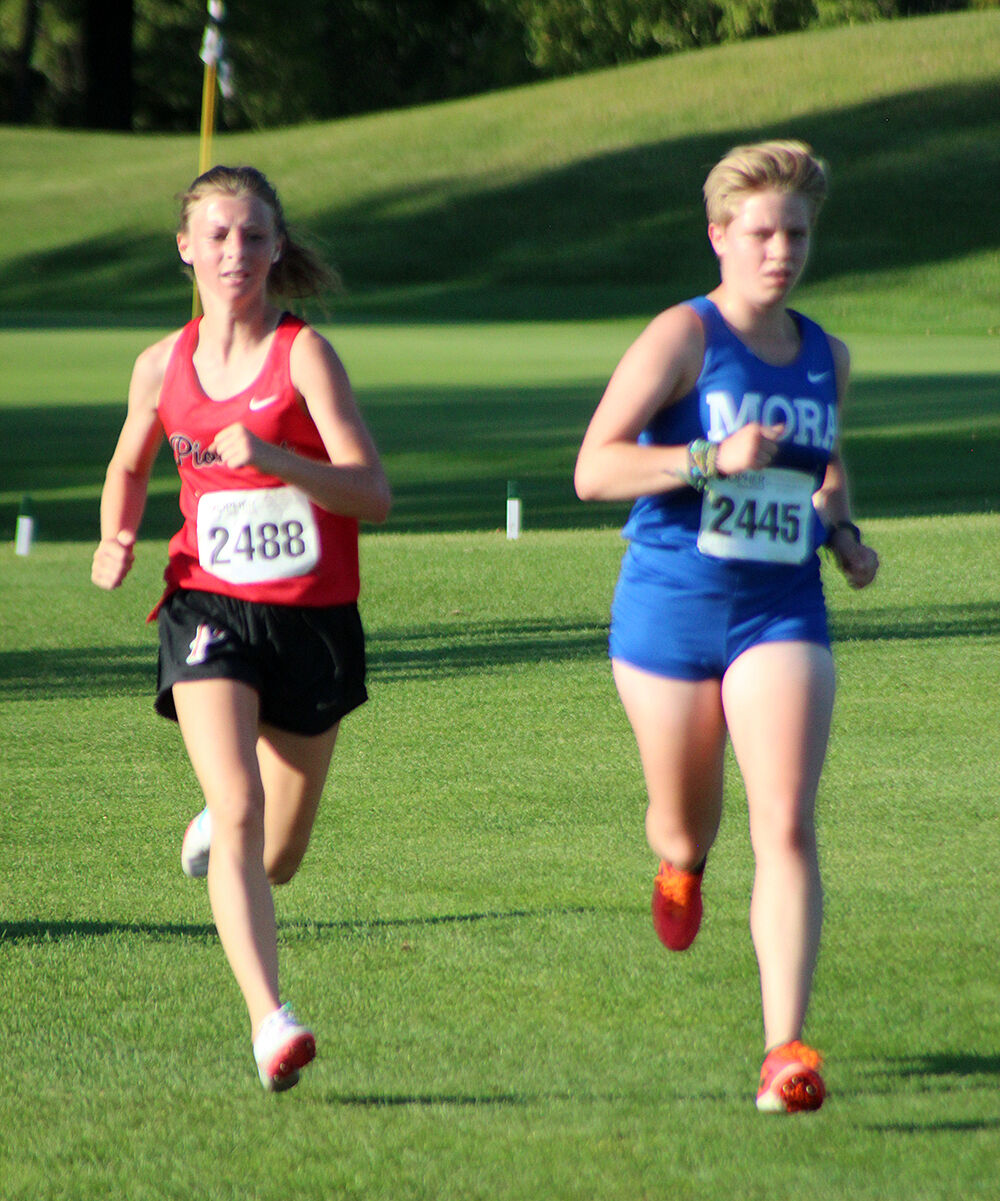 Chloe Lochner runs in the Early Bird Meet in Milaca, Monday. She paced a third-place team effort for the Pioneer girls with a fourth-place finish.

A youthful squad led the Pierz girls to a third-place team finish in Milaca Monday, while Ethan Kowalczyk finished first individually for the Pioneer boys.

The Pioneer girls finished in third place out of seven squads at Stones Throw Golf Course, with 66 points. Four of the five Pierz runners who factored into the team total were eighth-graders. The other? A freshman.

Chloe Lochner got her eighth-grade season off to a strong start at the Milaca Early Bird Meet. She took fourth overall with a time of 21:56.7. The most veteran Pioneer girls runner, freshman Eden Andres, took eighth overall — seventh in the team scoring — at 23:21.4.

Emma Kowalczyk, another eighth-grader, finished in 17th place by crossing the finish line at 24:41.9. Classmate Morgan Litke was right behind her at 18th (24:59.5) and Erin Thesing rounded out the Pierz scoring at 24th (26:20.2). Senior Alyssa Gall finished in 44th overall, but did not factor into the team score.

The Pioneer boys boast plenty of youth, as well. Two middle school students factored into their score, while they finished with 82 points. That was good for fourth out of six teams.

Ethan Kowalczyk had a big run to start his season. The sophomore blazed through the 5K — 3.1 miles — in just 18:29.3. That was a full 32 seconds faster than his closest competitor, Henry Johnson of Chisago Lakes.

The youngest Pierz runner to make an impact at the varsity level in the opener was seventh-grader Wyatt Betsinger. He took 12th overall in the boys race with a time of 20:14.6. Teammate Nathan Tax, an eighth grader, wasn’t far behind. He finished in 21:16.2 for 18th.

Little Falls got its season going with a tough test, Saturday. It traveled to Perham for the Brave Like Gabe Early Bird, which featured top talent from both Minnesota and North Dakota.

Out of 17 teams, the Flyer boys finished in ninth place with 234 points — only nine points shy of eclipsing the hosting Yellowjackets. The girls claimed 11th out of 16 teams with 261 points. Both fields were loaded, with 119 runners in the varsity boys race and 112 girls.

Little Falls junior Wyatt Baum put together the Flyers’ top individual performance of the day at Arvig Park. He took 10th place despite the stiff competition, finishing in just 17:27.27.

The Flyer girls were led by eighth-grader Ayla Anez, who took 31st in the varsity race by crossing the finish line in 21:45.93. That was less than 30 seconds ahead of classmate Grace LeClair, who took 37th at 22:11.70.

Little Falls is off until 4:30 p.m. Tuesday, when it travels to WhiteTail Run Golf Course in Wadena for a meet hosted by Wadena-Deer Creek.

Submit a Letter to Santa

How much do you plan to spend on Christmas?