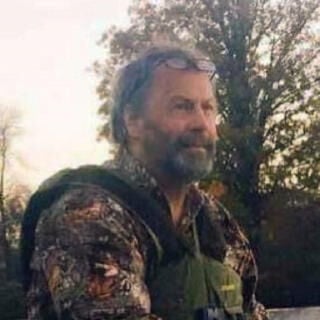 Scott Axel, 56-year-old resident of Little Falls, MN, passed away unexpectedly doing what he loved, on July 24, 2021, in Walker, MN. A Mass of Christian Burial will take place at 11 a.m. on Saturday, July 31, 2021 at Our Lady of Lourdes Catholic Church in Little Falls, MN with Father Joe Herzing officiating. A visitation will be held from 4-8 p.m. on Friday and from 9:30-11 a.m. on Saturday at Our Lady of Lourdes Catholic Church in Little Falls, MN. Caring for Scott and his family is the Shelley Funeral Chapel of Little Falls. Scott was born on August 8, 1964, in Little Falls, MN to Harvey and Darlene (Armbrust) Axel. He was baptized and confirmed at Zion Lutheran Church. Scott attended Lincoln Elementary and graduated from Little Falls Community High School. In high school, he participated in hockey, football, and baseball. Scott scored the first goal and the first hat trick for the Little Falls Flyer Hockey team, and was also nominated Athlete-of-the-Year and homecoming king during his senior year. He remained close friends with many of his classmates throughout his life. After graduation, Scott went on to play hockey for the University of Minnesota in Crookston, football at St. Cloud State University, and baseball with Flensburg Falcons for several seasons. He currently was a member of the Premier Real Estate team in St. Cloud, MN. Scott enjoyed hunting, fishing, golfing, and the solitude of the outdoors. He spent many of his summer weekends traveling to music festivals throughout Minnesota in his motorhome. Though these things brought him immense joy, his greatest joy in life, was his family; especially his three children, who he loved dearly, along with his cat, “Lover.” Scott was adored by many and will be dearly missed. Scott is survived by children, Mitchell (Nicole) LeMieur, Taylor (Zak Qualey) Axel, and Trenton Axel; parents, Harvey and Darlene Axel; sisters, Debra Quinn, Carla (Mike) Fenske and Paula (Duane) Meyer; aunts and uncles, Loren Mielke, Dorothy Decker, Edwin (Joan) Axel, Agnes Konrad, Butch (Dianne) Lodin, Tony (Judy) Armbrust, and Audrey (Terry) Hopke; nieces and nephews, Brianna (Jon Limborg) Quinn, Brooklynne Quinn, Spencer Fenske, Austin Fenske, Brandon (Sierra) Meyer and Logan Meyer; great-nieces and nephews, Aubrey Limborg, Avery Limborg, Rhetta Meyer and Cohan Meyer. Also survived by the mothers of his children, Janelle LeMieur-Griffith, Denise Zyvoloski-Biermaier and Dustin and Jenna Thesing, two children he loved as his own. Scott was preceded in death by brothers, Bryan and Gregg Axel; grandparents, Ed and Ella Axel, and Anton and Katherine Armbrust; uncles, Edward Decker and Bob Konrad; and aunt, Beatta Mielke.