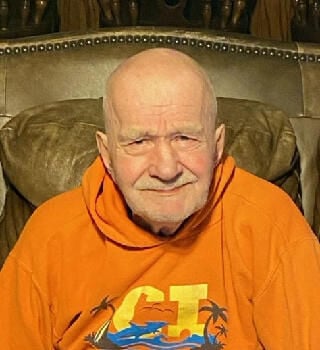 Marvin “Mudduck” P. Warzecha, 79-year-old resident of Pierz, MN, passed away Friday, September 18, 2020, at his home. A Committal Service will be held at 1 p.m. on Thursday, September 24, 2020 at the Minnesota State Veterans Cemetery north of Little Falls, MN. Marvin was born on March 24, 1941 in Pierz, MN to the late Sebastian and Theresa (Huver) Warzecha. He grew up in Pierz and attended school up to 8th grade, finishing his GED in the US Army. He worked for five years at several dairy farms in the Glenco, MN area. He then served two years active duty in the US Army from 1963 to 1965, receiving an honorable discharge. Returning from the service, he moved to Milwaukee, WI and was employed at Allis Chalmers for three years. Marvin met the love of his life, Sandra Brushhaber and they were united in marriage on April 27, 1966. They were blessed with eight children. He then worked three more years for Motor Transport in Milwaukee. The couple moved back to Pierz to help on the family farm. He was employed at Landy packing for three years and then finished his career of 27 years at DeZurik Foundry in Sartell, MN. Marvin loved to spend his time hunting, fishing, trapping, playing cards and listening to polka music. He took a lot of pride in his gardening and spent a lot of time maintaining his beloved garden. He was a very giving man who would go out of his way for anyone. Marvin was truly loved and will be greatly missed. Marvin is survived by his children, Kenneth (Melva) Warzecha of McGregor, MN, Marvin (Kathy) Warzecha of St. Paul, MN, Tom (Kristin) Warzecha of Cambridge, MN, John (significant other, Michele) Warzecha of Hillman, MN, Irene (Bruce) Welle of Lastrup, MN, Theresa (Wayne) Kurtz of Pierz, MN, Sebastian (Billie) Warzecha of Harding, MN, Louise (Adrian) Kloss of Royalton, MN; 29 grandchildren and numerous great-grandchildren; brothers, Jerome (Marlys) Warzecha of Glenco, MN, Gary (Jane) Warzecha of Pierz, MN; sister, Joan Przybilla of Milwaukee, WI and many nieces and nephews. Marvin was preceded in death by his loving wife of 44 years, Sandra; parents Sebastian and Theresa Warzecha; sister, Alice Krottoschinsky; brothers-in-law, Richard Krottoschinsky and Raymond Przybilla; nephew, Joseph Przybilla and niece, Karen (Warzecha) Wimsatt. The family would like to extend a special thank you to Horizon Health Hospice, Pierz First Response, the various nurses and doctors and family members that helped him through his last days.