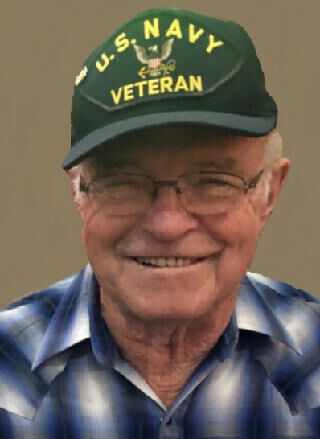 Jerome “Flattop” Otremba, 89-year-old resident of Little Falls, passed away on Wednesday, October 14, 2020 at the Minneapolis VA Medical Center. A visitation took place on Tuesday, October 20, 2020 from 4-8 p.m. at the Emblom Brenny Funeral Chapel in Little Falls. The Funeral and Burial was a private, family service. The military rites were conducted by the Little Falls American Legion Post #46 and the Little Falls VFW Post #1112. Jerome was born on March 8, 1931 in Buckman, MN to the late Henry and Helen (Kohler) Otremba. He joined the Navy in 1952 and served in the Korean War; he was honorably discharged in 1956. Jerome worked as a Hydroelectric Operator for Minnesota Power for 33 years. Jerome married Rita LeMieur on September 17, 1956 at St. Mary’s Catholic Church in Little Falls. Together they raised five daughters. At the age of 9, Jerome started his passion for winter trapping. He was known throughout Morrison County for trapping troublesome beaver. Flattop enjoyed sharing his knowledge of trapping with his grandsons and friends. In the summer months, he liked junking and stripping cars for the metal. He was an avid gardener and had a beautiful and meticulous yard and garden. In his later years, he enjoyed trips to the casino and annual trips to Las Vegas. He especially enjoyed fishing trips to North Dakota with friends and family and trips to the “brothers” cabin in Orr, MN. Jerome “Flattop” is survived by his daughters, Debbie (Randy) Schlumpberger of Little Falls, Sharon Fortier (George) of Little Falls, Sandy (Kent) Sanders of Shakopee, Brenda (Terry) Johnson of Little Falls and Patty (John) Tholen of Rice; grandchildren, Janelle (Eric) Sanoski, Amy (Eric) Van Keuren, George (Tina) Fortier, Nicole Fortier, Elise (Erik) Hedman, Chase Fortier, Amanda (Matt) Anderson, Allison Sanders, Jenna Johnson, Ryan Johnson, Travis (Callie) Johnson, Trent Kinsella, Karli (Dakota) Kendall; great-grandchildren, Ashton Sanoski, Reed and Kaden Van Keuren, Emelia, George, Theodore, Benjamin Fortier, Oliver and Rosalie Hedman, Jaxon Fortier, Madeline and Matthew Anderson, Riley, Mason and Brynlee Johnson, Brycen Kendall and Baby Johnson due in March; siblings, Carolyn “Sis” (Eddie) Gangl of Pierz, Mary Malinowski of Pierz, Tom (JoAnn) Otremba of Pierz and sister-in-law, Florence Otremba. He was preceded in death by wife, Rita (January 2007); parents, Henry and Helen Otremba; brother, Harvey Otremba; sisters, Laverne (Elmer) Loidolt, Charlotte (Bernard) Kloss and numerous brothers-in-law, sisters-in-law and other relatives. Arrangements are with Emblom Brenny Funeral Service of Little Falls, MN. 320-632-5393