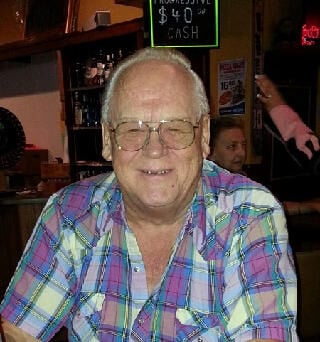 Gerald “Jerry” Larson, 81 year old resident of Little Falls died Wednesday, November 18 at St. Gabriel's Hospital in Little Falls. A funeral service will be held on Tuesday, November 24 at 11:00 at Emblom Brenny Funeral Service in Little Falls with David Sperstad officiating. A visitation will be held on Tuesday, November 24 from 10:00-11:00 A.M. at Emblom Brenny Funeral Service. The burial will be held at the Minnesota State Veterans Cemetery north of Little Falls. The military rites will be provided by the Little Falls VFW Post #1112. Gerald Larson was born on August 8, 1939 in Little Falls, Minnesota to the late Lambert Larson and Mabel Jacobson. He grew up in Little Falls and attended and graduated from Little Falls Community High School. Gerald joined the United States Navy and served his Country from 1956-1958. After his honorable discharge, he was united in marriage to Loretta Larson on May 19, 1962, the couple later divorced. Jerry lived in Minneapolis for a short time until moving to Flensburg, MN. He owned and operated Jerry’s Gas Station while living in Flensburg. Jerry then moved to Little Falls and worked at Fleet Supply. In 1994, he met his life companion, Jeannie Otremba. Both worked at IWCO in Little Falls. Jerry retired in 2001 from IWCO, Jerry and Jeannie resided in Little Falls at the time of his death. He enjoyed watching sports especially the Twins and Vikings, going to the casino, traveling out west, playing cards with his family and fishing area lakes. You always had to listen closely because of his dry sense of humor and one liners. Jerry liked to listen to old country music, especially Johnny Cash and George Jones. He was a member of the Little Falls VFW Post #1112. Left to cherish his memory are his life companion, Jeannie Otremba of Little Falls; children, Kim (Ron) Lekberg, Mike (special friend, Carol) Larson; son-in-law, Donnie Gerads; Jeannie’s daughters, Anita (Brad) Maciej and Amy (Kurt) Copa; sister, Dorothy Reese; grandchildren, Keith Larson, Tyler Larson, Darin Gerads, Linzee Gerads, David Lekberg, Emily Lekberg, Marie Larson along with Jeanie’s Eric Kiley, Zac Copa, Tia Copa and several nieces and nephews. He was preceded in death by his parents, Lambert and Mabel Larson, daughter, Nancy Gerads; siblings, Lambert, Kenny, Robert and Donald Larson. The arrangement for Jerry are with Emblom Brenny Funeral Service in Little Falls. 320-632-4393.