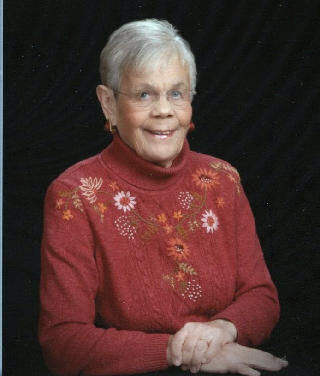 Georgina “Jean” Marie Wehlage, 91-year-old resident of Brooklyn Park, formerly of Pierz, MN, passed away Monday, October 26, 2020, at her residence. A memorial service will be held at 2 p.m. on Friday, October 30, 2020, at St. Joseph’s Catholic Church in Pierz, MN, with Father Kenneth Popp officiating. A visitation will be held from 12:30 to 2 p.m. on Friday before the funeral at the church. Burial will take place Friday after the funeral in St. Joseph’s Parish Cemetery. The family of Jean asks those attending to please respect and follow COVID-19 guidelines with regards to social distancing and please wear a face covering. Jean was born August 7, 1929 in Little Falls, MN to the late Anthony "Tony" and Georgina Rauch. She grew up on Pierz Fish Lake where her dad, Tony Rauch, owned a bar, rented out fishing boats and pontoons, sold bait, and graded roads. She helped her dad by stocking coolers in the bar, catching and selling minnows, renting out the boats, and driving a tractor towing a road grader. She attended country school and went on to graduate from St. Francis High School in 1947. She worked at Munsingwear in Little Falls until she married Norb Wehlage on June 6, 1951. They moved to St. Cloud where she worked at the St. Cloud newspaper. In the late 1950’s, they purchased a bar in Genola, MN which was known as Crystal Bar, later renamed Norb’s Bar. They had three children during that time, one son, Michael, and two daughters, Diane and Ann. Around 1963, they sold the bar and she became the first woman bus driver in Pierz. She worked at the Falls Ballroom in Little Falls as a waitress for many years. During that time, she also assisted Norb with his tax business. After Norb passed away, she took over the business, serving many clients in the community. She retired at age 89, and in 2018 moved to Brooklyn Park to be near her family. While in Pierz, she was a member of St. Joseph’s Catholic Church, the Christian Mothers, American Legion Auxiliary, St. Joseph Church choir and the Pierz Library book club. For many years she helped out at the church bazaars and bingo nights. She enjoyed spending time with her children raising farm animals such as cows, ducks, guinea hens, geese, as well as dogs and cats. She supported her grandchildren by attending their sports games and joining them at school for lunch. A big part of Jean’s life was spent having her family come to the lake on weekends where they all enjoyed pontoon rides, huge bonfires, making s’mores, and home-cooked meals. One of her passions was baking and she started a family tradition of making Sally Ann molasses cookies and pickled eggs every year at Christmas. She enjoyed gardening, canning vegetables, quilting, crafts, crocheting, and playing cards. She also enjoyed traveling and took many trips to Florida with her family, a trip to Hawaii and a trip to Germany with the Pierz German class. Jean’s memory will be treasured by her children, Mike Wehlage of Aurora, MN, Diane Johnson of Maple Grove, MN, Ann (Chuck) Litke of Maple Grove, MN; siblings, Shirley Randall of Aurora, MN; grandchildren, Ashley Decker, Adam Litke, Trevor Johnson, Justin Litke; great-grandchildren, Nicholas and Logan Decker. Jean was preceded in death by her parents, Anthony and Georgina Rauch; husband, Norb; brother, Fred Duke.

Jean was my bus driver from kindergarten thru high school. I have many fond memories of her and she also lived just down the road from us. She was the sweetest woman who always had a smile for everyone! Rest in peace Jean❤