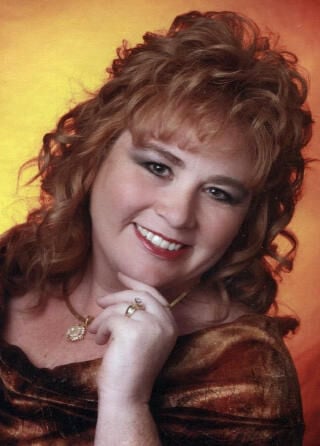 Gayla Jo (Schultz) Kroll, 50-year-old resident of Brainerd, MN and formerly of Little Falls, MN, passed away Wednesday, April 15, 2021 with family members by her side at the University of Minnesota Hospital in Minneapolis, MN of COVID-19. A Mass of Christian Burial will take place on Saturday, May 8, 2021 at Our Lady of Lourdes Catholic Church in Little Falls, MN at 11 a.m. Visitation will be from 9:30 to 11 a.m. Saturday at the Church. Arrangements are with the Shelley Funeral Chapel in Little Falls, MN. Gayla Jo Schultz was born on July 30, 1970 in Little Falls, MN to the late David “Dave” Schultz and recently deceased Mercedes “Mert” (Mrozik) Schultz. Gayla was baptized, received her first communion and was confirmed in the Catholic faith at Our Lady of Lourdes Catholic Church in Little Falls, MN. She was a 1988 graduate of Little Falls Community High School in Little Falls, MN, where she received a faculty commendation for excellence in academic achievement and a Presidential Academic Fitness Award. She was given an award certificate and scholarship from AVTI Trust Association, Brainerd, MN. In September of 1988, she received, from the Minnesota State Fair Education Department, a certificate of appreciation for promoting education state wide. Gayla was a 1989 graduate of retail floral from the Brainerd Technical Institute, Brainerd, MN. Her class year was asked to design floral arrangements, a great honor, for an upcoming Lieutenant Governors Convention being held here in Minnesota. Gayla was united in marriage on August 25, 1990 to Vernon John Kroll, and they later divorced in 2016. She received a certificate from St. Cloud Technical Institute in 1990 for completing a 10-hour course in therapeutic massage. She was a graduate of an 8-week citizens police academy program for the Little Falls Police Department. Gayla proudly served the Little Falls community during her time as a police reserve officer and she especially enjoyed working the Little Falls Craft Fair. Gayla began working at Mid-Minnesota Federal Credit Union in 1990 and continued there for a few years. She was employee of the month in November of 1992 and again in April, 1994. In January of 2007, she received from the State of Minnesota Department of Labor and Industry plumbing unit, an apprentice plumber registration card. Gayla worked in plumbing in all capacities for many years, laborer, secretary and treasurer for Kroll Plumbing in Little Falls, MN. In March of 2019, she received a certificate of achievement for successfully completing the 12 hour GSSC (General Security Services Corporation) training program. Being a security officer meant a lot to Gayla, to serve and protect, and to show care and concern for others. Her favorite pastimes were numerous and she had many hobbies and loved to travel. Gayla is survived by her three brothers, Ricardo “Rick” Schultz (Denise Pollard), Douglas “Doug” Schultz (Paula) and Dennis Schultz (Sara), four sisters, Judith “Judi” Fredrick (Cyrill), Charis “Chari” Rudolph (Rodney), Christine “Tina” Eggerth (Scott), Theresa “Terri” Blaisdell (Donald); several Godchildren and many nieces and nephews. Gayla was preceded in death by her parents, David “Dave” Schultz and Mercedes “Mert” (Mrozik) Schultz; grandparents, Otto and Rose (Huber) Schultz and John and Julia (Matzko) Mrozik.