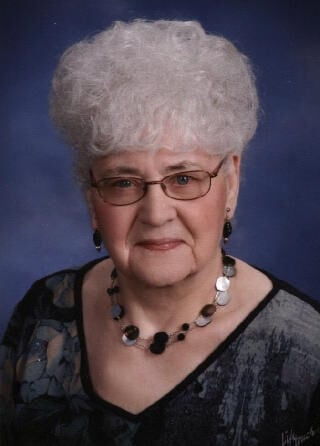 Dorothy F. (Motschke) Thielen, 95-year-old resident of Pierz, MN, passed away Friday, April 2, 2021, at the Harmony House in Pierz, MN. A Mass of Christian Burial will be held at 10:30 a.m. on Thursday, April 8, 2021, at St. Joseph’s Catholic Church in Pierz, MN with Father Kenneth Popp officiating. Burial will be in the Parish Cemetery in Pierz. Visitation will be from 9 to 10:30 a.m. Thursday at the church in Pierz. Dorothy Frances Motschke was born on September 23, 1925 in Pierz Township to the late Albert and Mary (Pauser) Motschke. Dorothy attended a local country school. She worked in the Twin Cities prior to being united in marriage to Leo Thielen on May 23, 1944 in Buckman, MN. The couple made their home on the Thielen family farm east of Freedhem, MN, where they raised their five children and farmed with dairy cows and hogs. Throughout the years, Dorothy was a dedicated farm wife, homemaker, amazing mother and loving grandmother and great-grandmother. Dorothy enjoyed gardening, flowers, traveling, entertaining, being in various clubs, crafting, decorating and enjoying social time. She always put 100% into whatever she did. In 1976, Leo and Dorothy moved to Little Falls, operating a trucking business, at which time they also raised beef cattle on the family farm. Eventually, Dorothy moved back to Pierz, living in the Harmony House until her death. Dorothy is survived by her daughters, Bernadette (John) Tax of Sierra Vista, AZ, Diane (Jack) Deick of Cushing, MN, Bonnie (Bob) Karnowski of Pierz, MN, Linda (Paul) Tatro of Pierz, MN; brother, Leander Motschke of Little Falls, MN; 10 grandchildren; 22 great-grandchildren and four step-grandchildren. Dorothy was preceded in death by her husband, Leo Thielen; son, James Thielen; grandson, Kevin Deick; parents, Albert and Mary Motschke; siblings, Regina Britz, Joe Motschke, Loretta Meyer, Marcella Leeb, Sylvester Motschke, Delores Virnig, Reine Motschke, Luella Schlegel and Matthew Motschke.