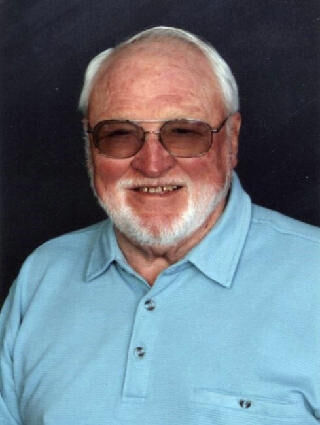 Don J. Zenner, 92-year-old resident of Little Falls, MN, passed away Sunday, November 22, 2020 at St. Otto’s Care Center in Little Falls, MN. A visitation for the extended family will begin at 10 a.m. on Wednesday, November 25 at Saint Mary’s Catholic Church in Little Falls. Mass will take place at 11 a.m. on Wednesday at St. Mary’s Catholic Church in Little Falls, MN with Father Ben Kociemba officiating. Burial will be in the St. Mary’s Parish Cemetery in Little Falls, MN. Funeral arrangements are with the Shelley Funeral Chapel in Little Falls, MN. Donald John Zenner of Buckman was born at St. Gabriel’s Hospital on November 11, 1928. He grew up on the farm two miles south of Buckman. He was the oldest of four children of John and Millie Zenner. Don completed eight years of schooling at St. Michael’s grade school in Buckman. He graduated from Little Falls Public High School in 1946. Don worked for Kappes Plastering for two years, and in the wheat fields in the Dakotas. He married Theresa Weber Zenner in St. Joseph’s Catholic Church in Pierz, MN on November 20, 1951. He was a corporal in the Marines and served from 1952 to 1954. Don worked at Crestliner Boats as a truck driver and inside sales representative for 40 years, retiring in 1993. He was a member and Eucharistic Minister at St. Mary’s Catholic Church, Catholic Aid and Deer Hunters Associations. He belonged to the American Legion, and was a life member of V.F.W. Don was a 4th Degree Knight of Columbus. Don and Terry spent 20 winters snow birding in Apache Junction, AZ, where he loved to play water volley ball. He was a deer hunter, and loved fishing, playing cards, water skiing and country music. Don is survived by his wife, Theresa of 69 years; sons, Jeffrey, Kevin (Sue), Tim, Paul (Carol), John (Shelley) Zenner; daughter, Amy (Pat) Johnson; brother, James (Rita) Zenner and sister, Alice Bollin. Don is also survived by 13 grandchildren, two great-grandsons; many cousins, nieces and nephews. Don was preceded in death by his three infant sons, Donald, Douglas and Thomas; his parents, John and Millie Zenner; sister, Fran (Bernie) Weber and brother-in-law, Richard Bollin.