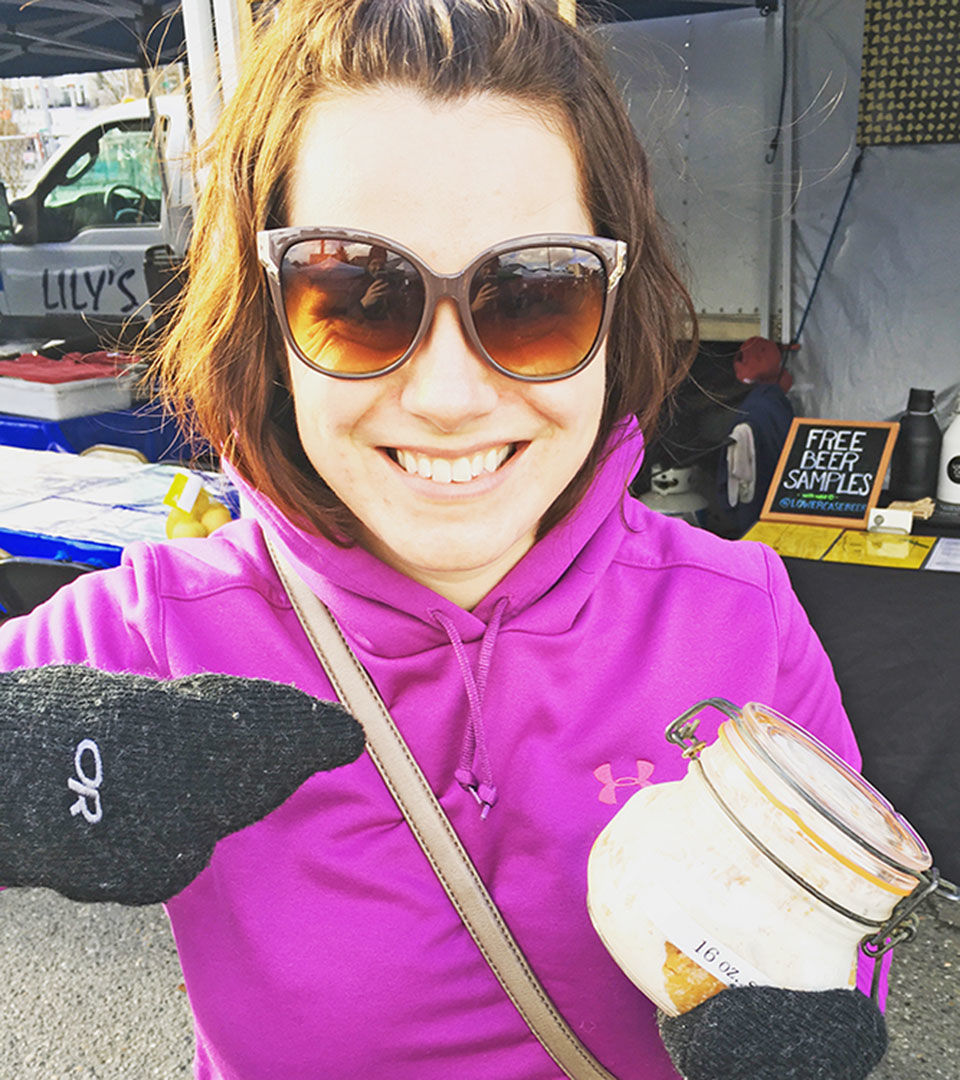 Stephanie (Chatfield) Wall shops with zero waste living in mind. Instead of purchasing yogurt in plastic containers, she brings along mason jars and gets many of her dry and wet goods in the bulk section or at Farmers Markets. 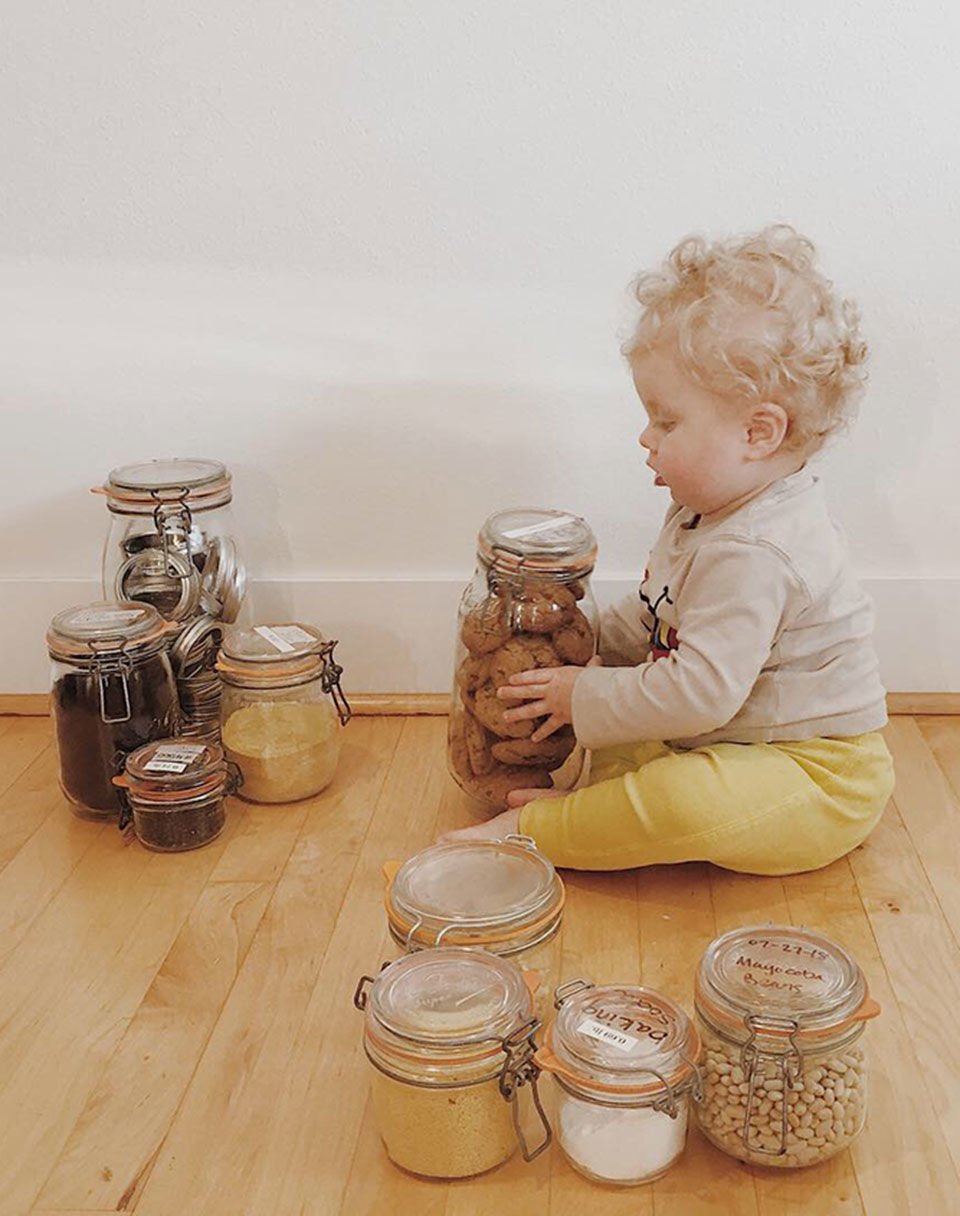 It is never too early to instill zero waste living in the younger generation. Pictured is Wesley, the son of Stephanie Wall, after a shopping trip to the bulk section.

Now living in Seattle, Wash. with her husband Zach, and their son, Wesley, Wall plan to return to Little Falls to share her passion.

The Zero Waste Living workshop will be held Wednesday, June 5, at 7 p.m., at Sprout, 609 13th Ave. NE, Door 8, in Little Falls. The event is co-hosted by Purple Carrot Market, Sprout and the Little Falls Farmers Market.

Stephanie (Chatfield) Wall shops with zero waste living in mind. Instead of purchasing yogurt in plastic containers, she brings along mason ja…

The concept of zero waste living is to examine habits and practices to find ways waste can be minimized.

“What I have learned since I started is that you can’t go back. You start thinking of all the ways you reduce waste. It’s inspiring and it’s fun,” she said.

Wall said although she grew up with her parents, Tom Chatfield and Joelle Zylka, instilling valuable conservation skills, it was ultimately a blog by Bea Johnson that inspired her in 2010.

“I’m not sure how I stumbled across that blog, but I was drawn to it because of her beautiful kitchen,” she said. “When I started reading her blog about how much trash we produce, it really got me thinking about my own waste.”

Wall said she was fascinated by the fact that Johnson, who had a family of four, had been able to minimize their waste to 1 liter of landfill waste per year.

“Now they’re down to a half a liter,” she said.

Wall said it’s easier to get started by just taking it room-by-room. For her, the kitchen was the starting point.

Instead of using plastic bags when she went shopping, she brought along reusable cloth bags.

Rather than buying packages of certain foods, she opted for filling up mason jars she brought in the bulk section of the store.

“That was one way I started reducing my personal waste. Then it just snowballed from there,” she said.

Other ways to minimize waste are to use bamboo toothbrushes, wool dryer balls, cotton towels, natural loofahs and kitchen scrubbers.

It is never too early to instill zero waste living in the younger generation. Pictured is Wesley, the son of Stephanie Wall, after a shopping …

Wall said reducing waste doesn’t just have a positive effect on the environment. It also produces a simplified life and has also saved her time and money as she is more mindful of what she accumulates.

By shopping locally, interacting with growers at the farmers market and other stores, she has gained various relationships, as many have become friends.

Wall is one of four co-founders of a grass roots community called “Seattle Zero Waste.” At first, the four started getting together over food and drink to talk about sustainability and zero waste living.

About a year later, they started holding monthly meet-ups.

“We only had two people come the first time, but we kept putting out our invitation on our personal Instagram accounts for people to meet us,” she said.

As time went by, more and more people attended the meet-ups.

“We empower and inspire people to reduce their waste through meaningful relationships and collaboration,” she said.

The group continued to grow and started a group on Facebook, which now has nearly 1,800 members.

Wall believes the more people start to think about the waste they produce, the more potential it has to change policy.

She finds it challenging to see the amount of the trash that is produced worldwide.

“Not in a judgmental way, but seeing how much trash is produced, makes me think about the challenge of how do we move our society to a circular economy instead of a linear economy. Circular meaning products that are thought through in a way where they don’t go to a landfill, but they are either reused or can be composted,” Wall said.

Wall encourages people to come to the workshop to learn more about ways waste can be eliminated.