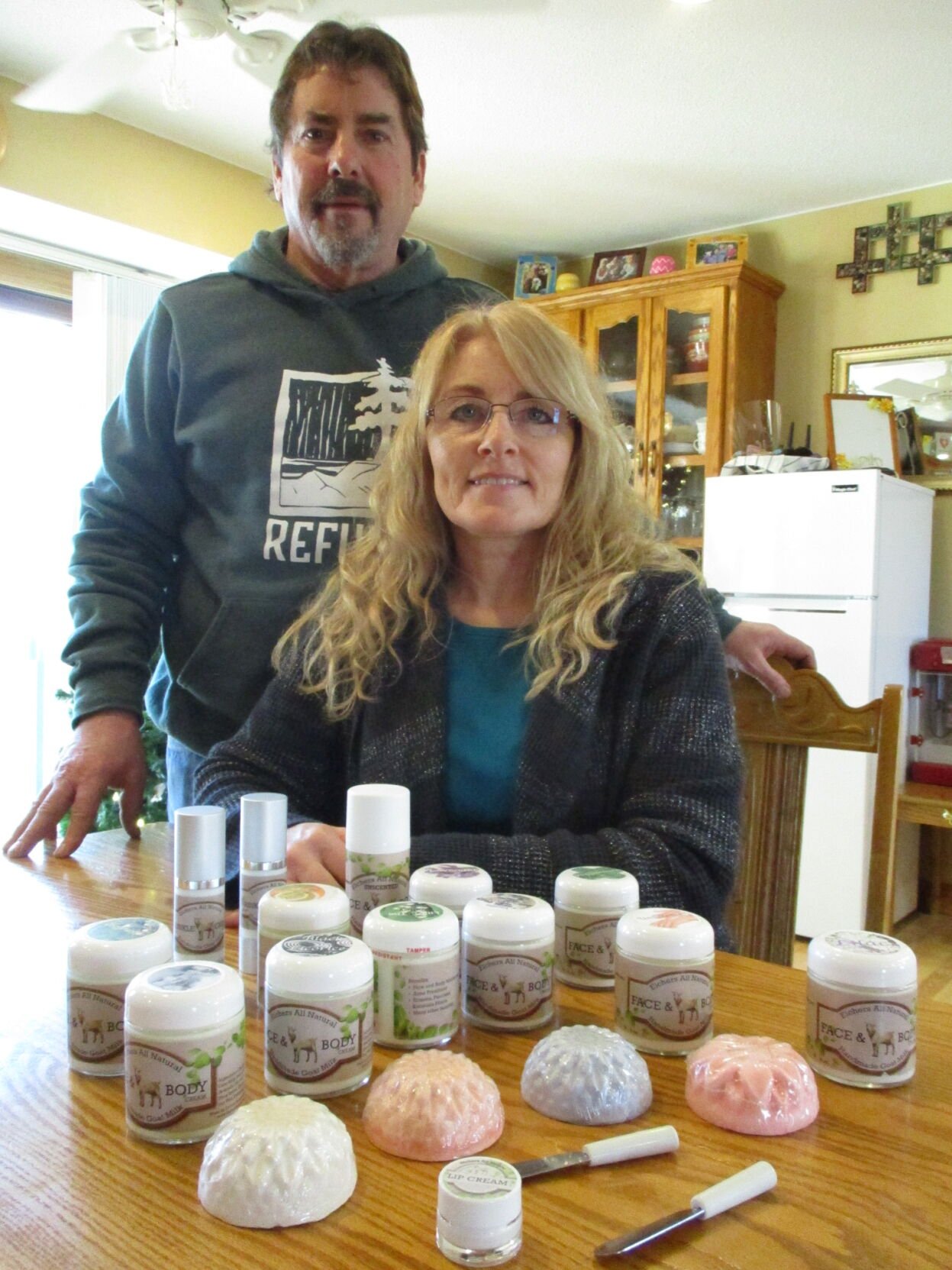 Jerry and Theresa Eichers have formulated products that take a natural approach to holistic skin care. 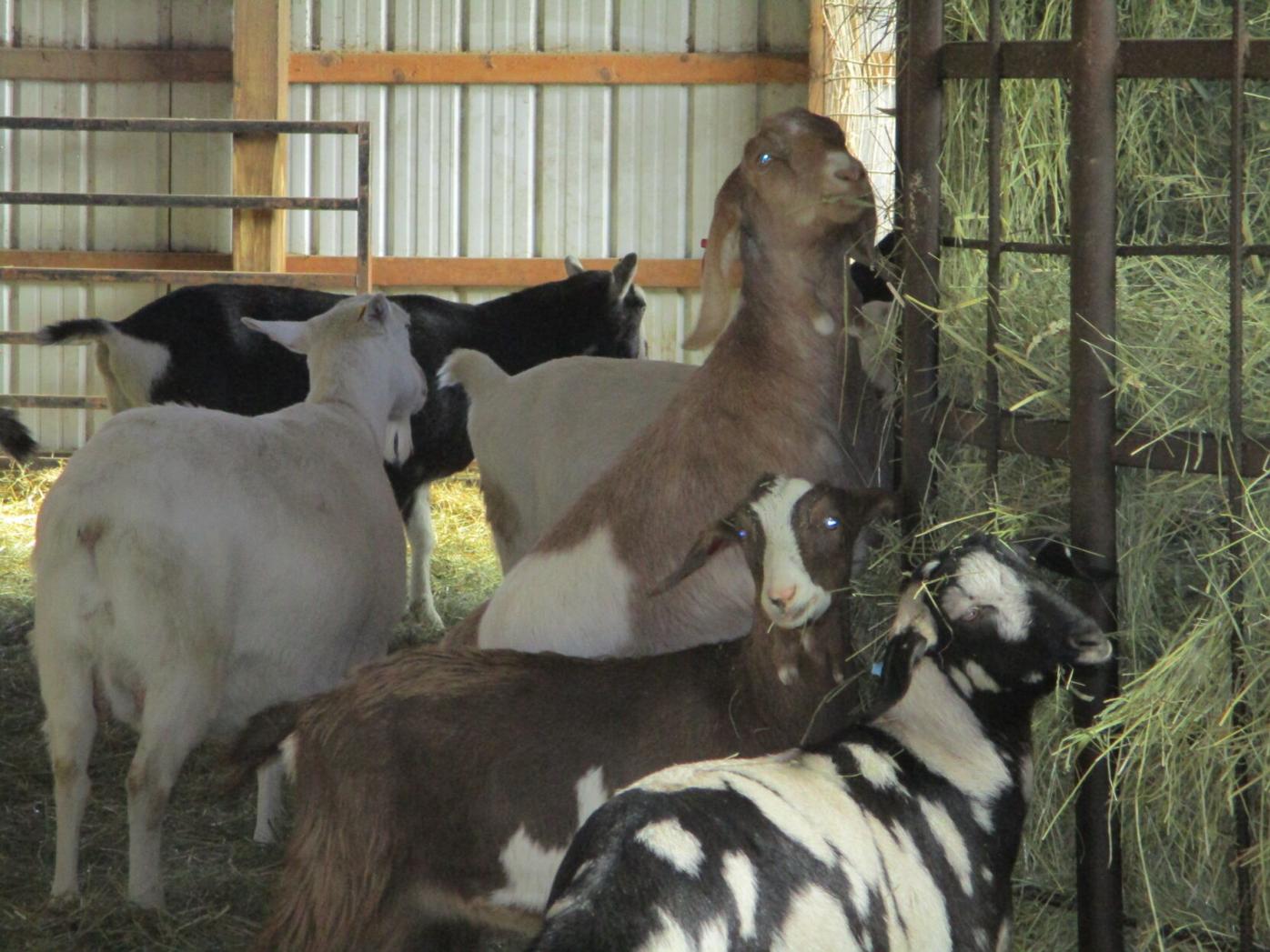 The goats at Eichers Hobby Farm in St. Wendel provide gallons of milk every day to make cheese, lotions, creams and soap. For more information, call (320) 290-2757 or visit eichershobbyfarm.com .

Jerry and Theresa Eichers have formulated products that take a natural approach to holistic skin care.

The goats at Eichers Hobby Farm in St. Wendel provide gallons of milk every day to make cheese, lotions, creams and soap. For more information, call (320) 290-2757 or visit eichershobbyfarm.com .

Jerry and Theresa Eichers still have the same eagerness and excitement for their goat milk products as they did when they started their business, Eichers Hobby Farm in St. Wendel. But those first two goats were never intended to lead to such an enterprise.

“This was supposed to be a little operation,” Jerry said.

The first two goats, Tilly and Lulu, gave about a gallon of milk each day — a nice amount that provided milk to drink. Then, Lulu had triplets. The operation just grew from there.

“They gave us so much milk that I wanted to use it for products,” Theresa said. “We started making goat cheese first. After that came the unscented face and body cream and the unscented soap.”

While working in the salon industry for many years, Theresa noticed clients’ skin irritation from some of the products used there.

“The goat milk soap and lotion is super soothing for people. It really calmed my skin and when other people started using it, it calmed their skin too.”

“While I was creating the recipes, my salon/spa clients were my ‘test subjects,’ giving me feedback on the scents and other properties,” Theresa said. “For example, after seven days of using the unscented soap and the unscented cream, the acne people had cleared right up.”

The first goat was acquired in 2011. By 2017, the Eichers had worked up to doing 13 farmers markets each week, with two friends helping. This took their handcrafted products from Alexandria to Maple Lake and from Little Falls to Willmar. But this also added up to a lot of market fees, gas and driving time.

In 2019, the Eichers decided to stick with only craft sales and they worked about 20 sales.

“Our products are now in 30 shops and every item is available online,” Jerry said.

The online shopping opportunity was a bigger benefit than either of them realized, when the lockdowns and restrictions were put in place early in 2020. Late in the year, they were able to do some sporadic craft sales here and there.

“A lot of the stores where our products are, were closed,” Theresa said.

The products being offered at the farm and on the website include the original staples: Face and Body Cream and Goat Milk Soap. In addition to unscented, more than 10 scents are available. There is also Wrinkle Cream and Lip Cream.

“One of the main benefits of goat milk is that it may reduce inflammation. It’s closest to human mother’s milk, making it easier to digest and assimilate by the human body than other milks,” brochure information states.

The couple has 45 goats, with about 16 being milked this time of year. Summer is when the farm hits full production.

Jerry, who retired from pouring cement in 2017, is doing something he loves for the first time in his life.

Theresa expresses her love for the business in different ways.

“My deepest desire is to help people with these products using a natural approach to holistic skin care,” she said.

Both are pleased with their business and the many benefits it provides.

Were you happy that bars and restaurants were able to open last week?