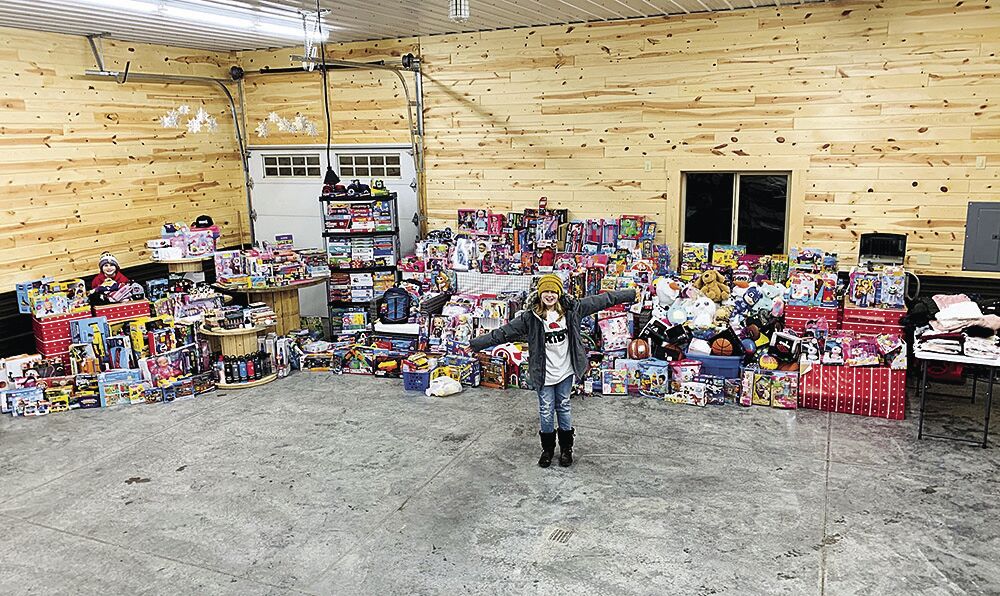 Kinzie Johnson stands among the toys she received during Christmas for Kids - Kinzie’s Local Toy Drive in 2019. Now entering its third year, the toy drive has provided nearly 8,500 toys for children in the Little Falls, Swanville, Sartell, Sauk Rapids and St. Cloud areas. 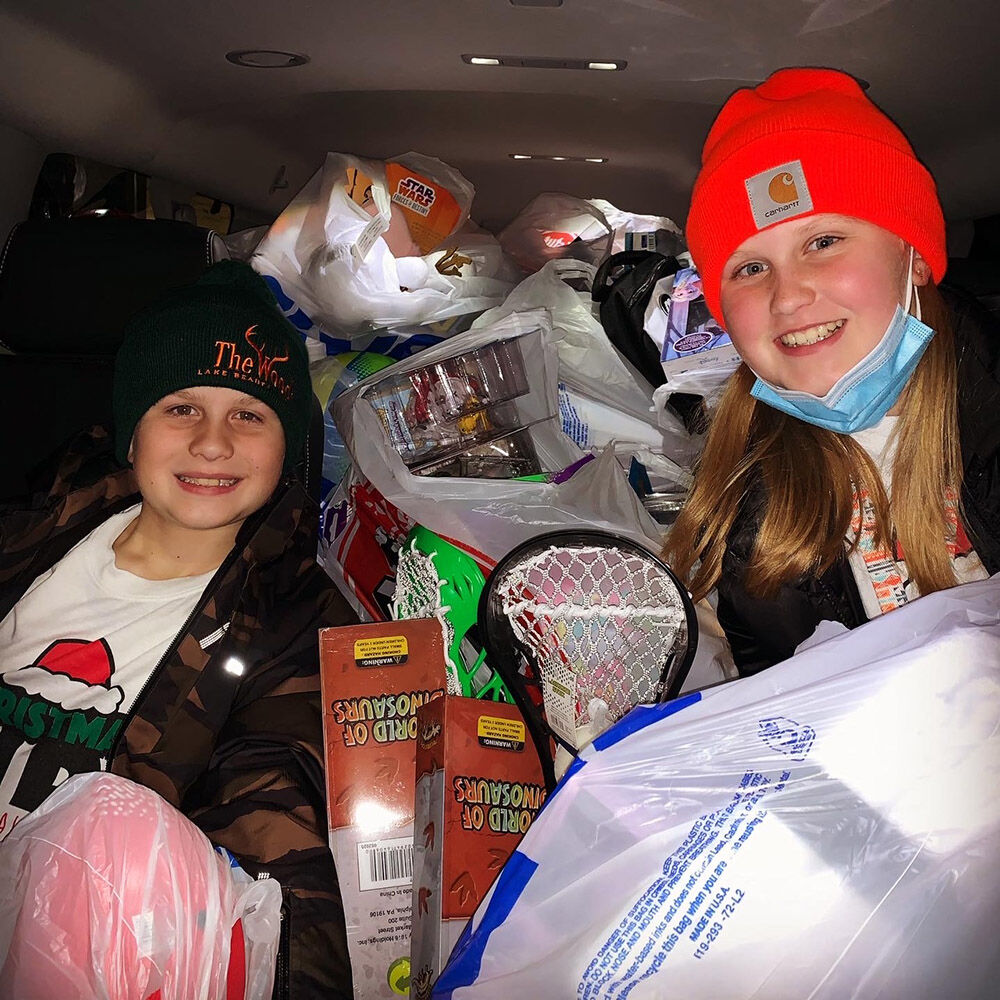 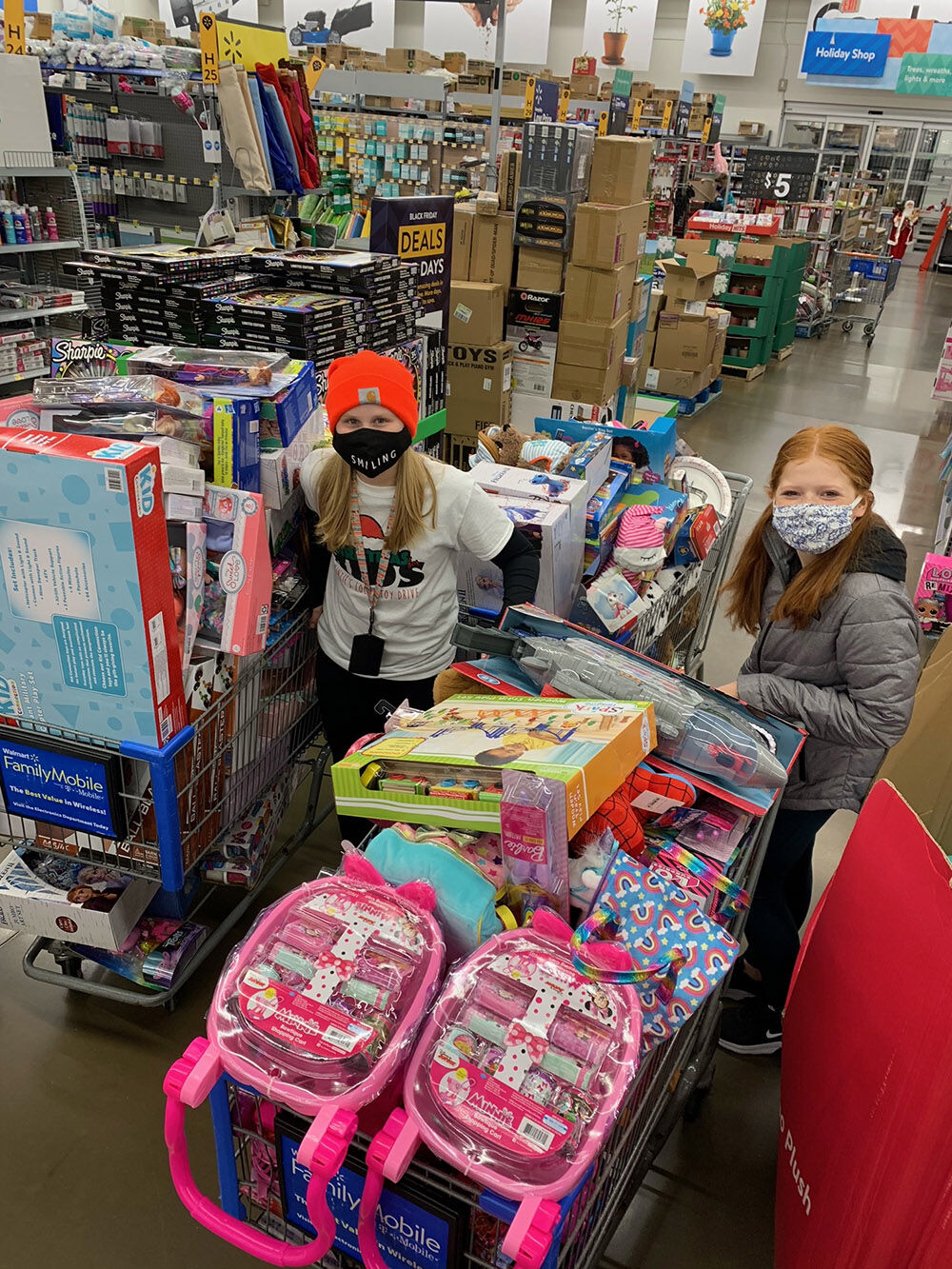 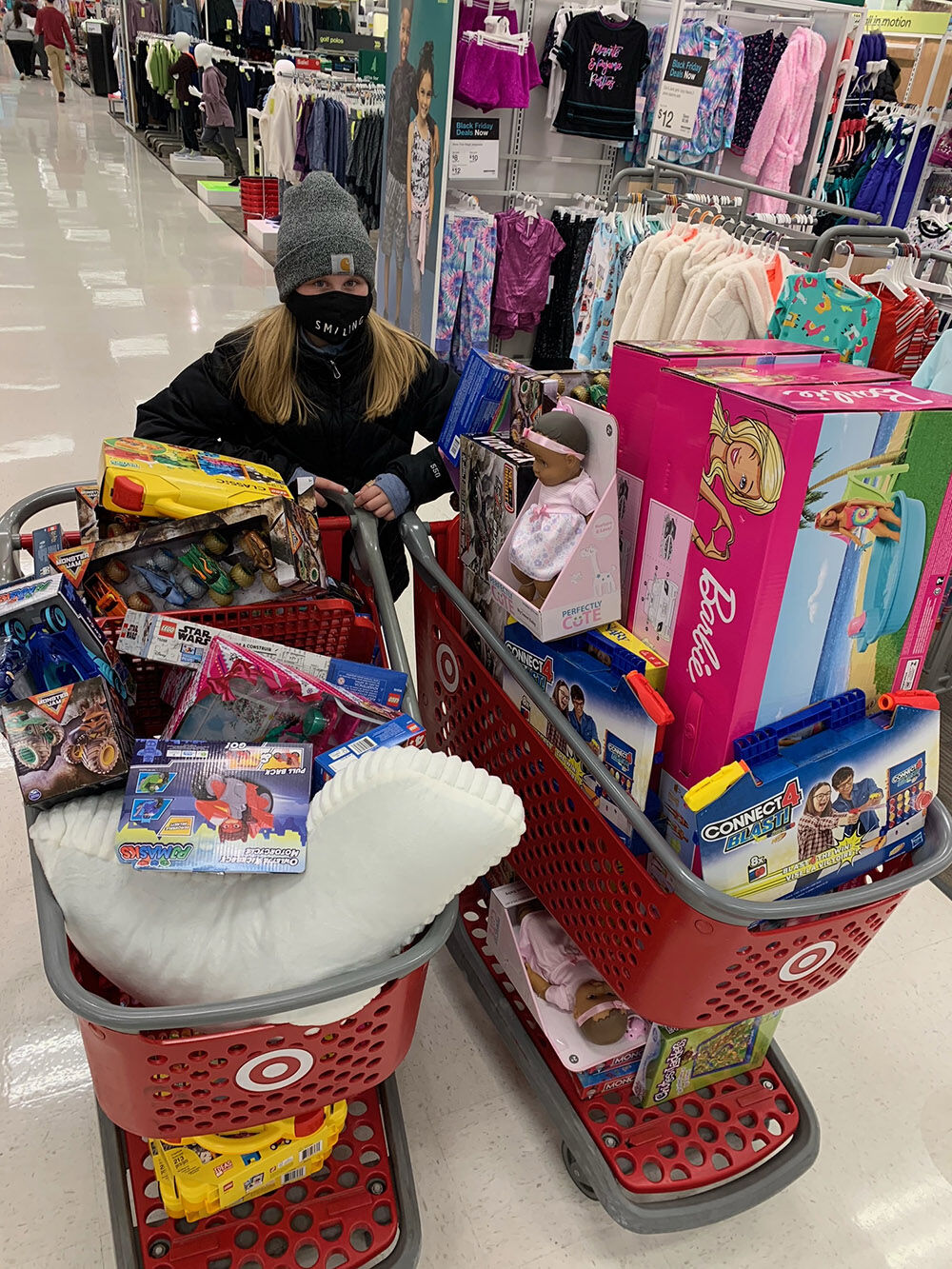 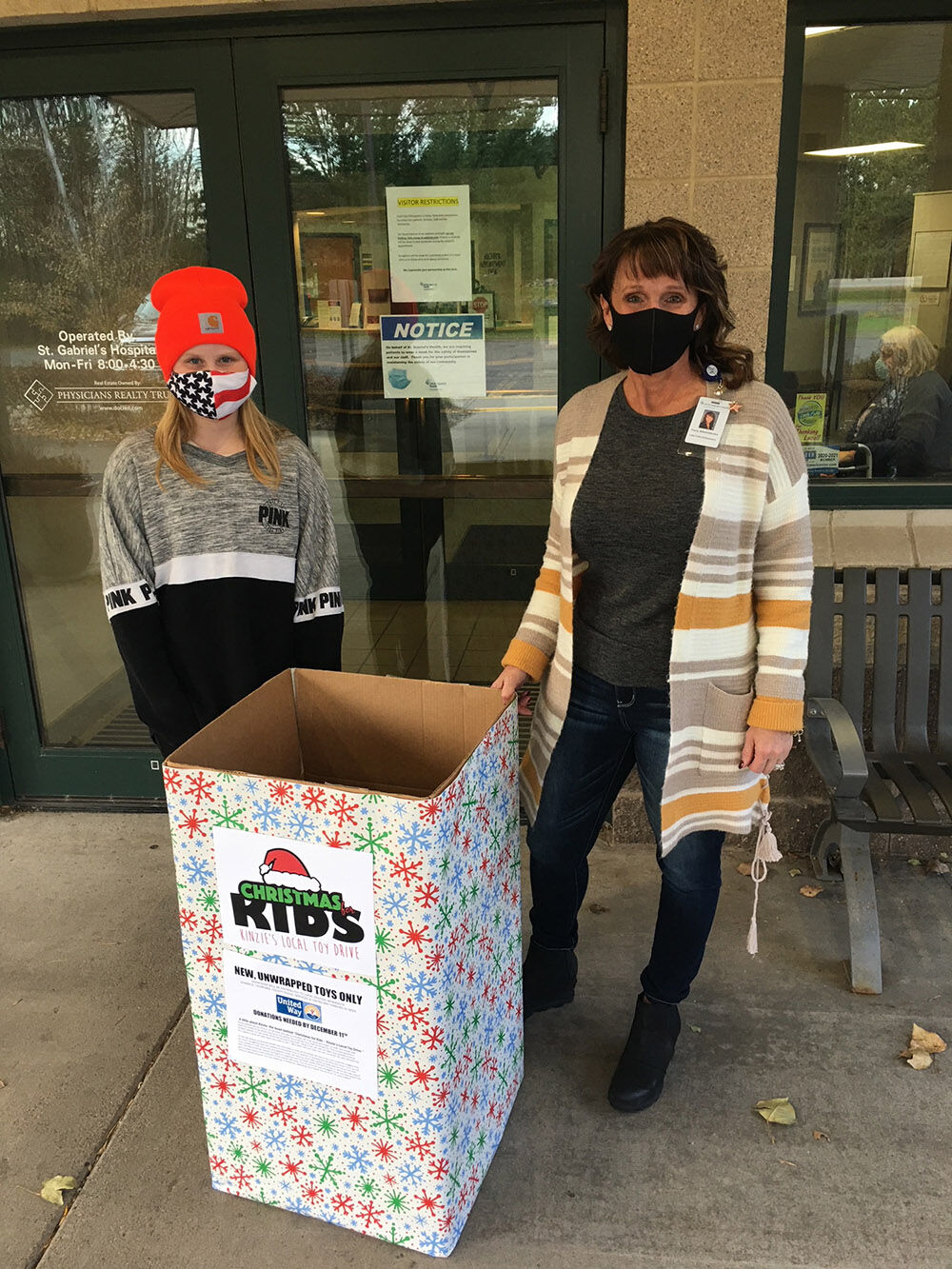 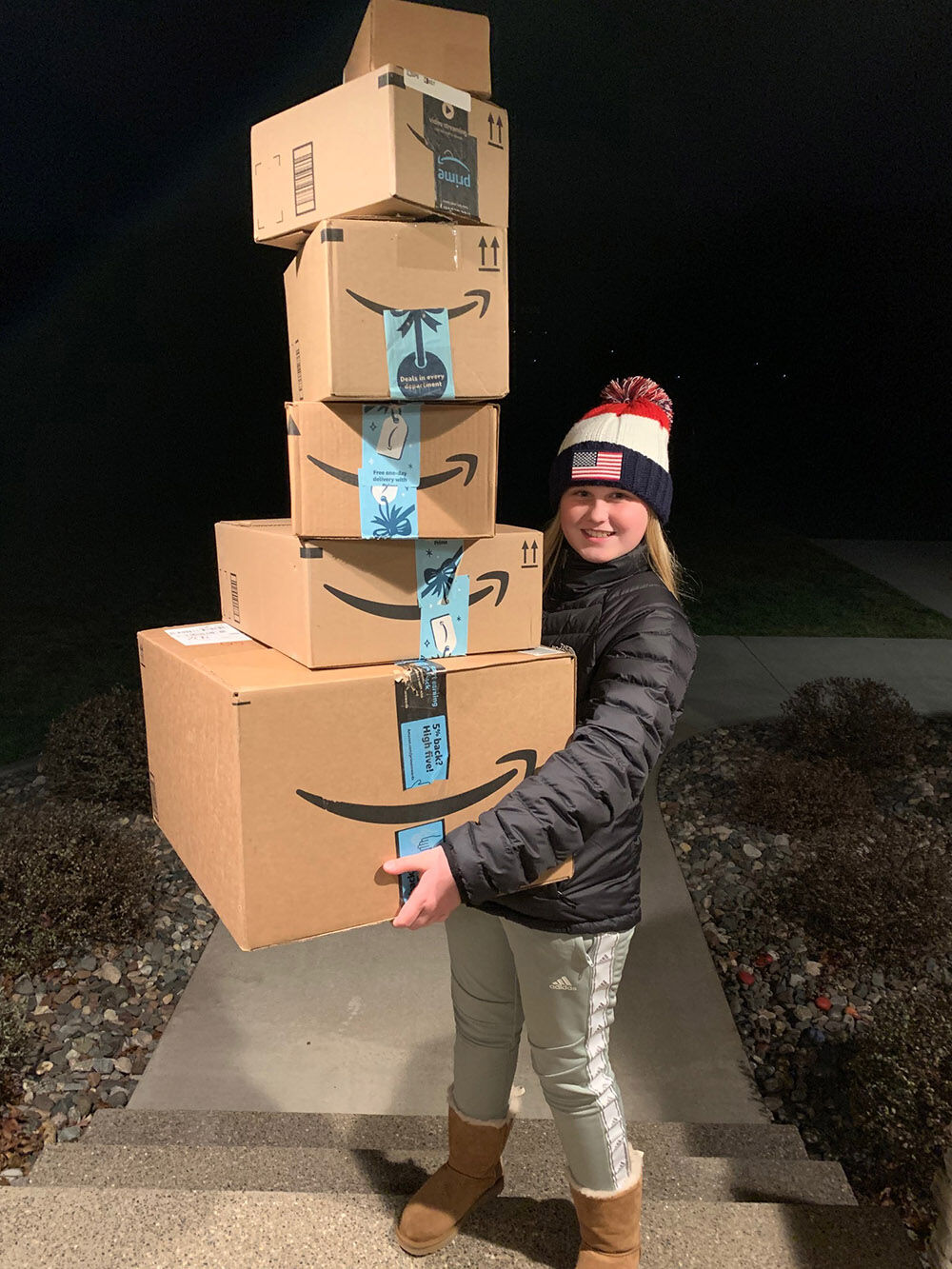 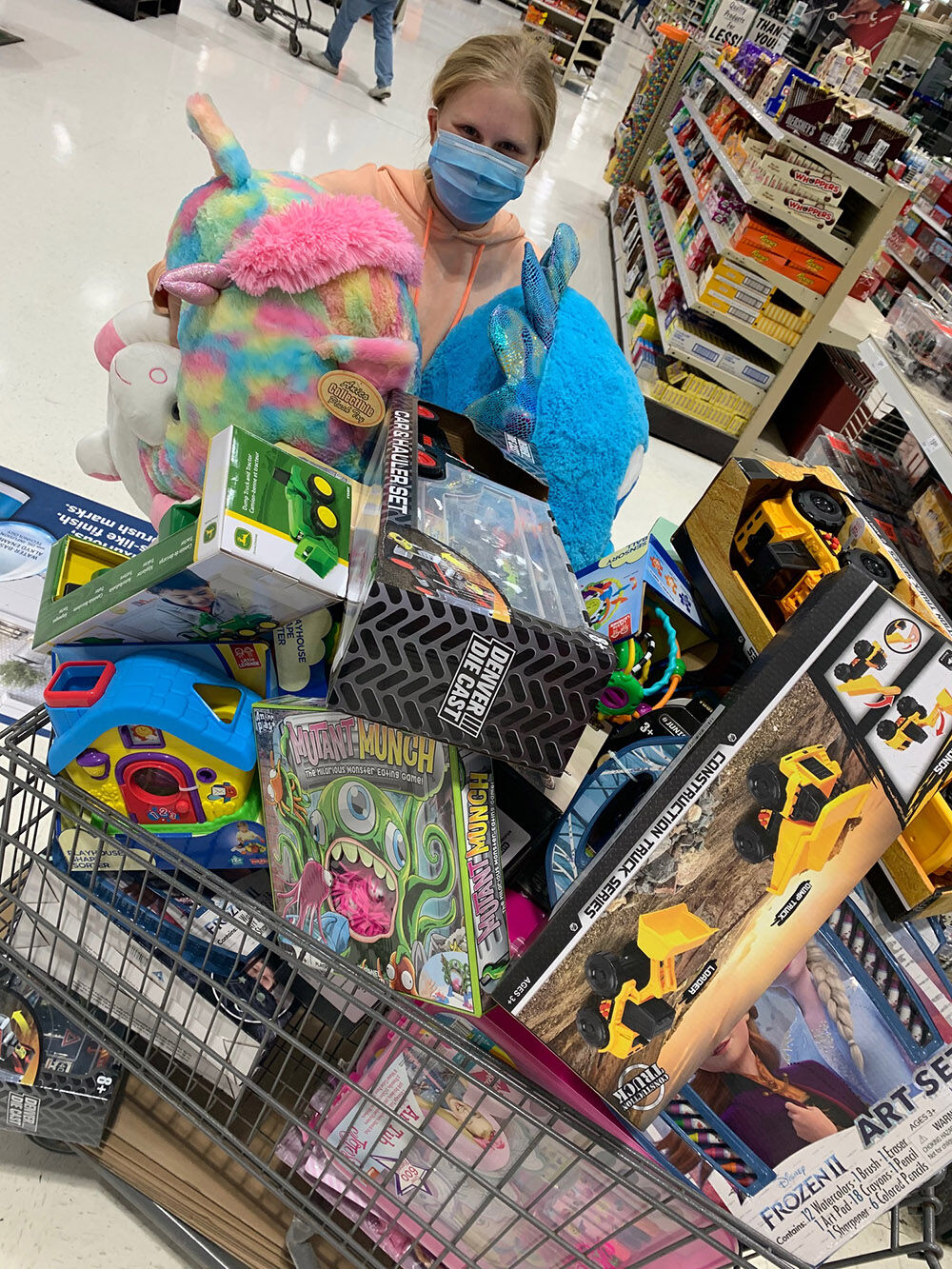 Kinzie Johnson stands among the toys she received during Christmas for Kids - Kinzie’s Local Toy Drive in 2019. Now entering its third year, the toy drive has provided nearly 8,500 toys for children in the Little Falls, Swanville, Sartell, Sauk Rapids and St. Cloud areas.

Kinzie Johnson is a small girl who is making a big impact.

At only 11 years old, Kinzie has already collected nearly 8,500 toys for children in the Little Falls, Swanville, Sartell, Sauk Rapids and St. Cloud areas. She has done that in only two years since starting Christmas for Kids - Kinzie’s Local Toy Drive in 2018, at the tender age of 9.

“It’s pretty incredible,” said Kinzie’s mother, Brittany Johnson. “She’s always been a pretty giving and thoughtful person. I was reluctant at first, but I’m glad she convinced us to do this. It’s put everything into perspective.”

Helping other kids has always been part of Kinzie’s Christmas tradition. Brittany said all of she and husband, Ryan Johnson’s, children have picked out a toy to donate since they were able to do so. As the years went by, Brittany said it was becoming increasingly difficult to find drop boxes for their donations. Not knowing exactly where her donated toys were going and struggling to find areas to drop them off gave Kinzie an idea.

“I said it was too much work,” Brittany said. “But, being the persistent one, the next year when we couldn’t find a box she said, ‘See, Mom? This is why we have to do a toy drive of our own.’”

Kinzie’s parents relented, and she wasted no time getting to work.

She came up with her own name and logo. With the help of her mom, who is a graphic designer, they printed up collection boxes to set out at local businesses.

The “local” part of that was important. Kinzie, formerly of Swanville and now living in Sartell, wanted to emphasize that all of the donated toys went to kids — from babies to teenagers — in her area. In the first year, more than 200 children in Central Minnesota received a total of almost 500 toys collected through Christmas for Kids.

After a strong first year and getting some tips from the United Way, the drive exploded in year two.

After all of the toys are collected, Kinzie said they have a wrapping party to get each gift ready for a local recipient. Brittany said they work with counties, schools and community organizations such as the Boys and Girls Club to get toys distributed.

One of the most fulfilling parts of it for Kinzie is when the United Way hosts an event on the final night for donations during which recipient families can come and choose their gifts.

“At the United Way I get to meet the families,” she said. “They get to share their stories with us. I’m a giving person, so I like seeing them choose their gifts.”

Despite the success of the first two years, Kinzie considered taking a year off from doing the toy drive due to COVID-19. But, after she heard from past donors and recipients, she soon realized it was needed more than ever this year. As such, it has expanded.

There are 13 dropoff locations for toys:

This year, there are also contactless ways to donate. Anyone who cannot get to a drop box but would like to make a donation can visit Christmas for Kids - Kinzie’s Local Toy Drive on Facebook. Once there, send a direct message for information on where donations or monetary donations can be shipped. Kinzie can shop on anyone’s behalf, as well, if anyone would like to send funds to Brittany-Johnson-546 via Venmo. Donations can also be made online at uwcm.harnessapp.com/wv2/donate?checkout=542.

Donations will be accepted until Dec. 11.

So far, Kinzie said donations have already been coming in strong. The family has already gone on four shopping trips during which they filled up Brittany’s Suburban.

“It’s so fun,” Kinzie said of the shopping sprees. “I get a lot of things. I try to find big things because that’s what kids want. The bigger, the better.”

She added that she is thankful to all of her donors and is excited she’s been able to help brighten the Christmas season for so many area children.

Brittany said the entire experience has driven home how fortunate her family is, and has helped remind Kinzie and everyone around her of what Christmas is all about. Naturally, she’s a proud parent.

“I never thought her idea would come to what it is,” she said. “It’s taken friends, neighbors and strangers rallying around her. In today’s world, where everything seems so ugly, it really has restored my faith in humanity.

“We’re not an official, fancy organization,” Brittany continued. “We are just a family who wants to spread Kinzie’s message, which is just, ‘Be kind, spread joy.’”

Have you tried to schedule a COVID vaccine on Minnesota’s new website (mn.gov/covid19/vaccine)?