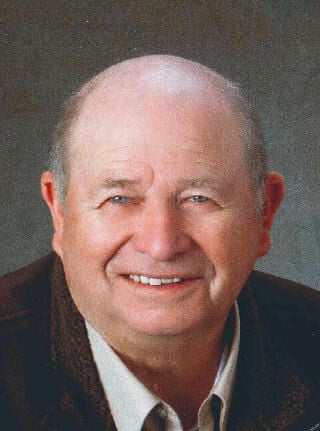 Robert Clark went home to be with his Heavenly Father on November 9, 2020. Bob was born in Anthon, IA on January 17, 1941. After graduating from St. Cloud Tech High School in 1959, he began his career with Northern States Power (NSP) as a lineman. In October of 1963, he was drafted into service with the United States Army, where he served until October 1965. While stationed at Ft. Huachuca in Arizona, Bob met his lovely wife, Lorine East. Soon after he left the service, Bob and Lorine were married in Bisbee, AZ. They moved to Paynesville, MN where he resumed his career with NSP as a lineman and eventually a supervisor. He retired in 1997. Bob is survived by his wife, Lorine; children, Deborah (Christopher) Penny of Gibsonville, NC, Brian (Shelly) Clark of Albertville, MN, and Jeremy (Heather) Clark of Mankato, MN. Also surviving are grandchildren, Victoria, Isaac, McKenzie, Patrick, Nathan, and Tesla; and one great grandson Aiden. Bob’s relationship with Christ was very important to him and was evident in the way he lived his life. He also enjoyed woodworking, camping, traveling, birdwatching, reading, and spending time with family and friends. Visitation begins 10 a.m. on Monday, November 16 with the service following at 11 a.m. at the Becker Baptist church in Becker, MN. For those that cannot attend, go to beckerbaptist.org and select the link on the main page for Bob Clark’s funeral live stream. Interment will be the following day at Ft. Snelling. Peterson-Grimsmo Chapel 763-295-2918 www.peterson-grimsmochapel.com