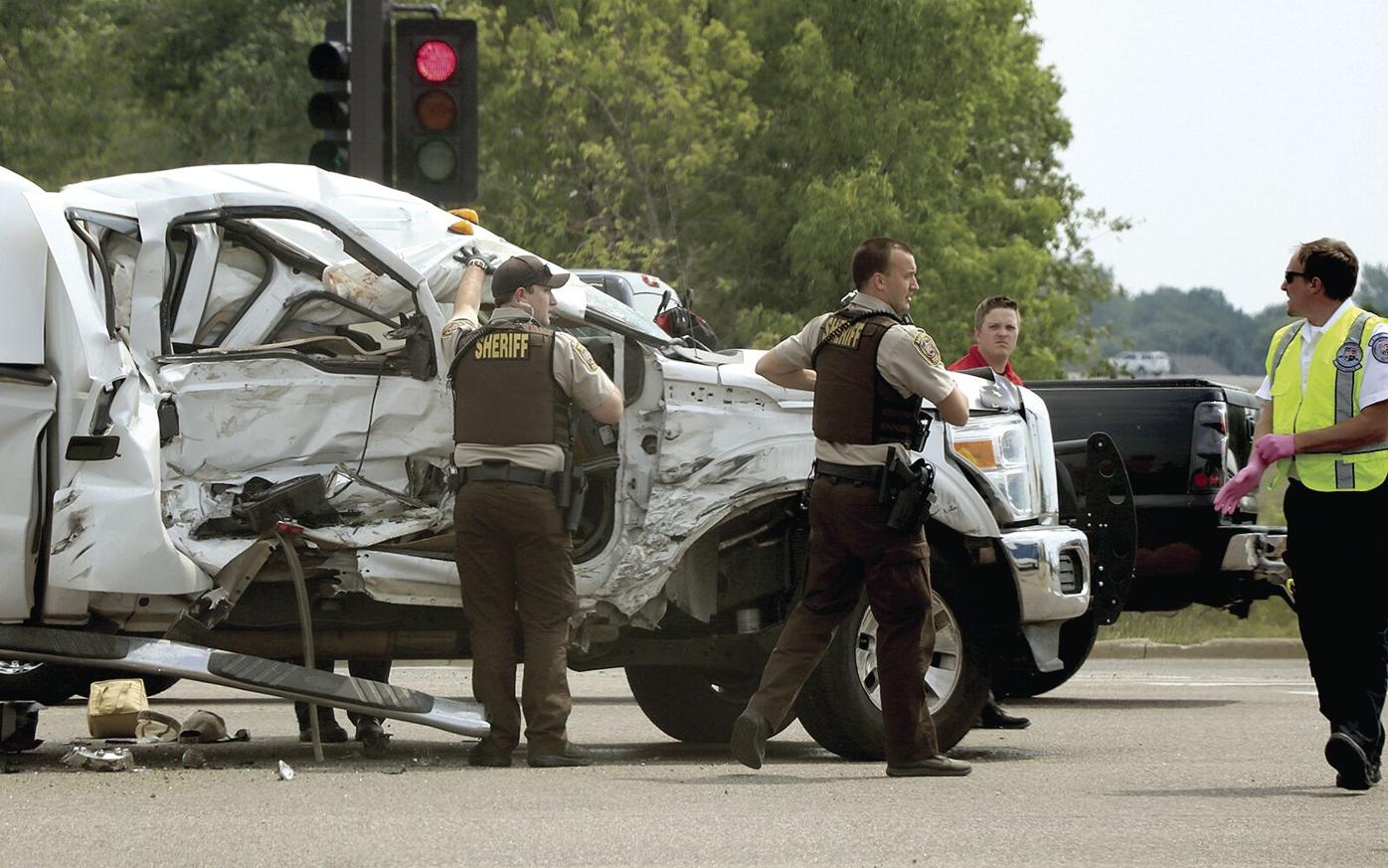 Wright County sheriff’s deputies work the scene of a crash involving a F-350 pick-up on Monday, Aug. 2 in Monticello. An Arizona man was airlifted from the crash scene. 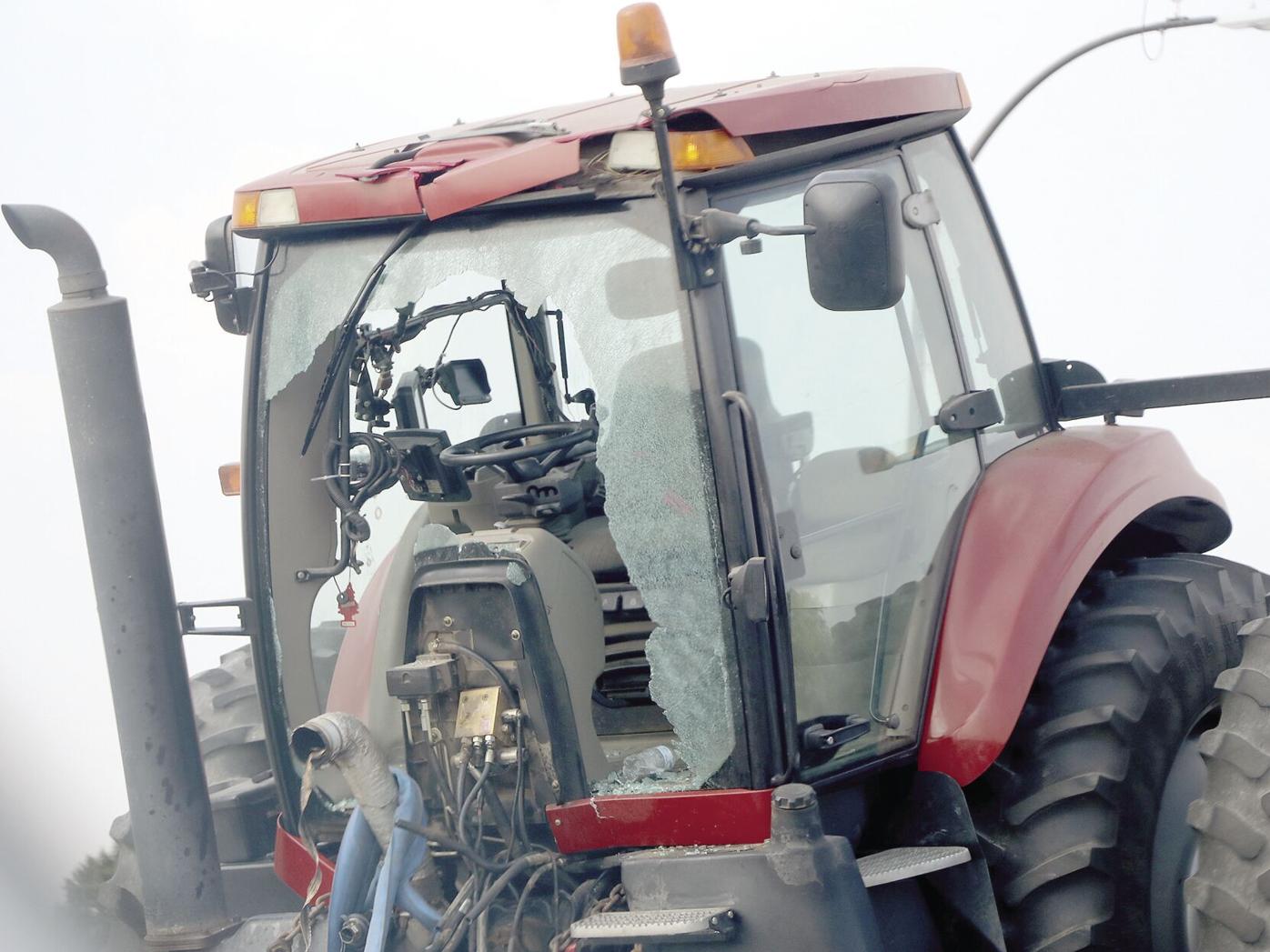 A picture of the tractor involved in the crash.

Wright County sheriff’s deputies work the scene of a crash involving a F-350 pick-up on Monday, Aug. 2 in Monticello. An Arizona man was airlifted from the crash scene.

A picture of the tractor involved in the crash.

An Arizona man was seriously injured in a two-vehicle crash Monday, Aug. 2 on the east side of Monticello.

Bradley Scott, 57 of Mesa, Arizona, was a passenger in the pick-up. He suffered serious injuries and was airlifted from the scene by a Life Link helicopter, according to the Wright County Sheriff’s Office, which responded to the scene. The truck’s driver, Christine Scott, 62 of Mesa, Arizona, was uninjured. The driver of the tractor, 15-year-old Ryan Kemmetmueller of Clearwater, was also uninjured. A juvenile passenger in the tractor was also uninjured, the sheriff’s office reported.

Deputies arrived on scene to find the pick-up with heavy damage to its passenger side. An investigation into the cause of the crash revealed that the tractor, which was pulling a farm implement, was traveling east on Broadway Street. The tractor made a left turn onto County Road 39. The truck was traveling south on County Road 39 and failed to stop for a red light at the stoplight, causing the truck to collide with the tractor, according to the sheriff’s office. Both vehicles sustained heavy damage.