The Minnesota Department of Natural Resources, in partnership with the Wisconsin Department of Natural Resources, the U.S. Geological Survey and the U.S. Fish and Wildlife Service, is taking further action following the capture of 34 silver carp in Pool 8 of the Mississippi River near La Crosse, Wis. during a recent Modified Unified Method operation.

The USGS-developed Modified Unified Method combines netting and herding techniques to drive and concentrate invasive carp from a large area of water into a small zone for removal.  Thirty-one silver carp were captured during the five-day operation earlier this month and three more were captured during follow-up work.

“This innovative multi-agency approach was the first time the Modified Unified Method was used anywhere as an early detection and rapid response technique,” DNR invasive species program supervisor Heidi Wolf said. “It worked so well that we’re already talking about perhaps doing this again next year.”

The Mississippi River in Minnesota has healthy populations of native fish and the removal of invasive carp helps to protect those native populations. Any native fish that were incidentally caught in the carp collection efforts were immediately released.

The DNR also continues to track several invasive carp that were previously captured in the Mississippi River, fitted with tracking devices and returned to the river to learn more about their movements and habits. The agency maintains working relationships with commercial fishing operations that assist in the monitoring and detection of invasive carp in the Mississippi River.

In partnership with the DNR, the Minnesota Aquatic Invasive Species Research Center at the University of Minnesota is testing and evaluating carp deterrents in Mississippi River locks and dams. 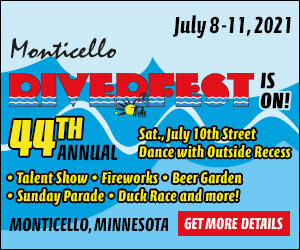