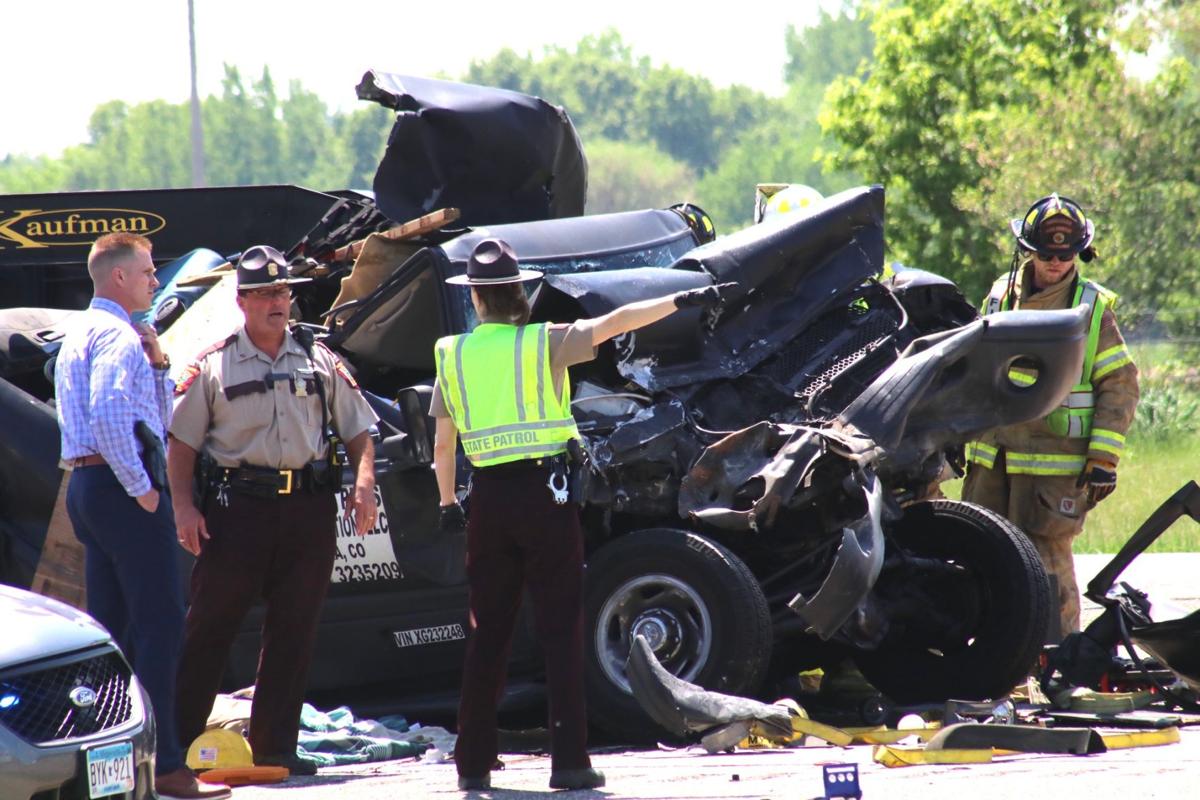 Minnesota State Patrol officers and Monticello Fire Department firefighters work the scene of a I-94 crash Wednesday, May 27 west of Monticello. Pictured is a 1999 Dodge Ram pick-up that rear-ended a semi tractor trailer. The driver of the truck was seriously injured and airlifted from the scene by a Life Link helicopter. 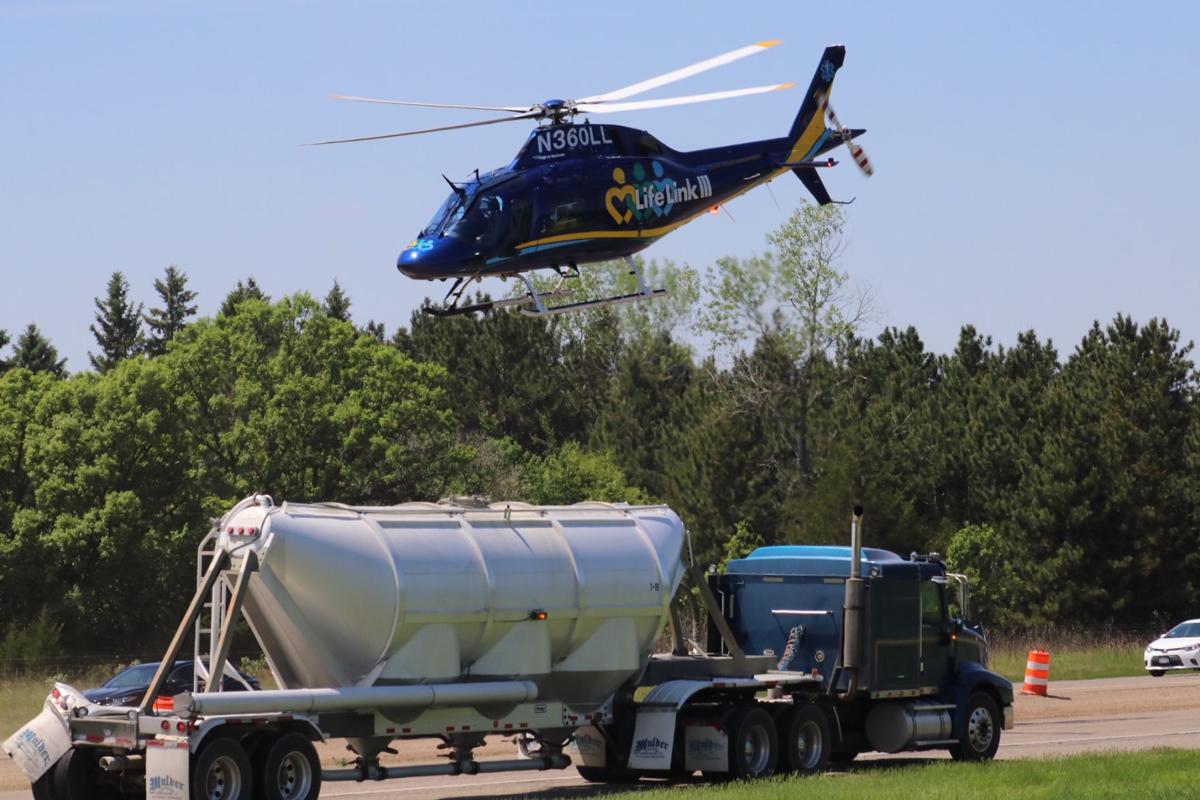 A Like Link helicopter rises over a semi tractor and trailer that was rear-ended in a May 27 crash on I-94 west of Monticello.

A Colorado man was seriously injured when the pick-up truck he was driving rear-ended a semi on Interstate 94 west of Monticello.

The crash, which occurred at about 12:30 p.m. on Wednesday, May 27, shut down the westbound lane of I-94 for part of the afternoon.

Donald Tinney, age 57  of Fort Morgan, Colorado, was airlifted from the scene by a Life Link helicopter and taken to Hennepin County Medical Center in Minneapolis where he was treated for serious but non-life-threatening injuries, according to the Minnesota State Patrol.

Tinney was driving a 1999 Dodge Ram pick-up with an attached trailer that was hauling a pick-up truck. Tinney allegedly rear-ended a 2005 International tractor and trailer driven by Timothy Link of Renville.

Both vehicles were in the right lane of westbound traffic of I-94. Link slowed down in a I-94 construction zone about four miles west of Monticello when Tinney rear-ended the semi's trailer.

Tinney was driving a truck of Business Plus Transportation, LLC out of Aurora, Colorado, according to signage on the truck.

Link was uninjured, according to the State Patrol.

The Monticello Fire Department and Minnesota Department of Transportation personnel assisted the State Patrol at the scene.