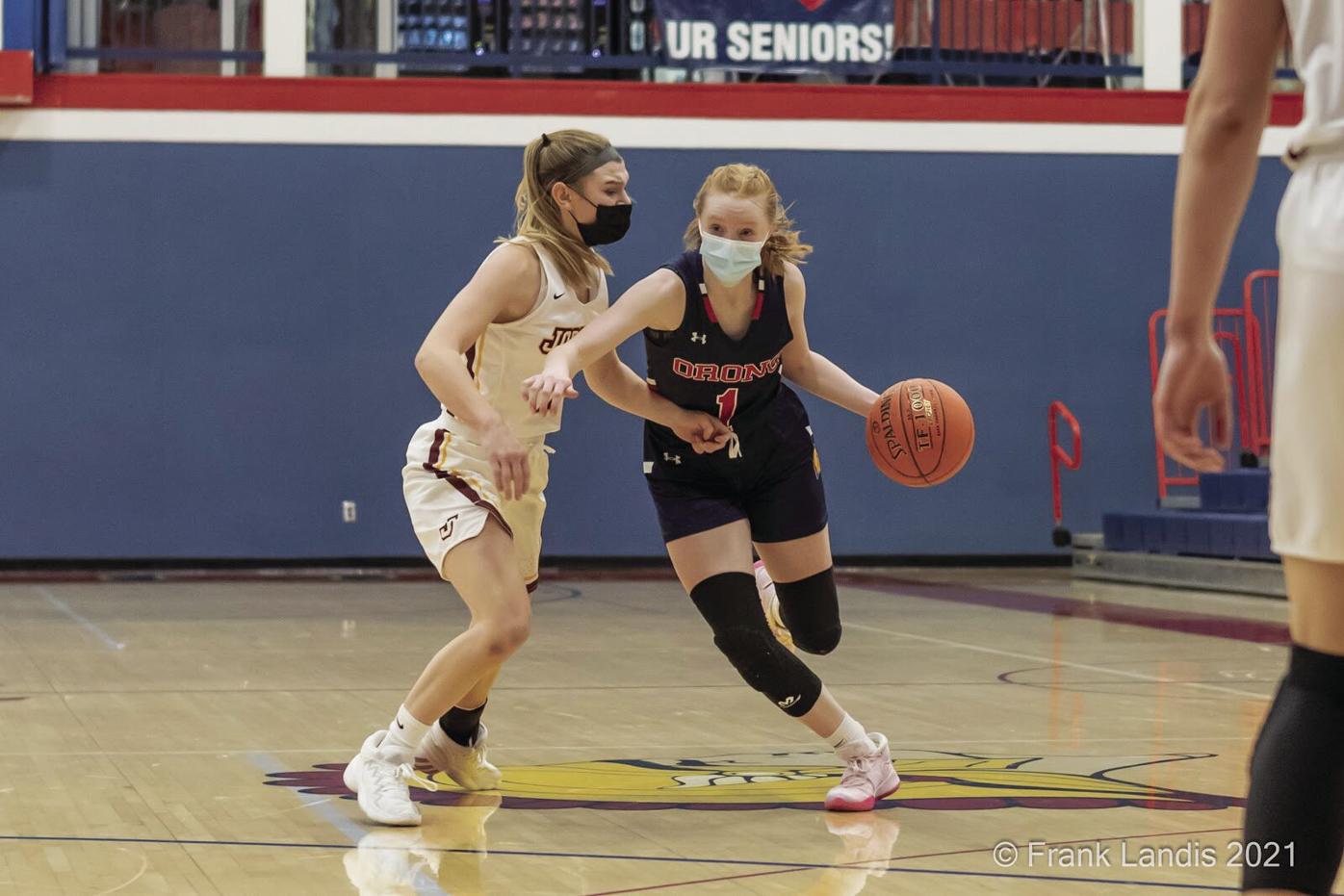 Orono’s Lauren Knudson (#1) led the Spartans in scoring Feb. 16 in a tough match against sixth-ranked Class 3A Waconia. 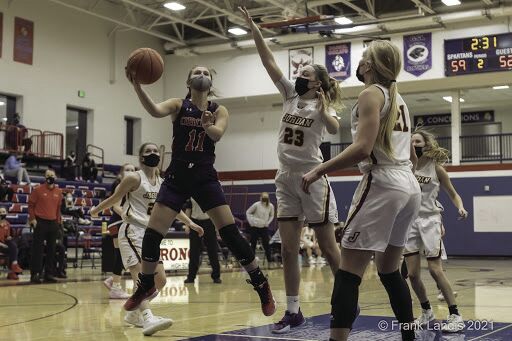 Orono’s Lauren Knudson (#1) led the Spartans in scoring Feb. 16 in a tough match against sixth-ranked Class 3A Waconia.

On Feb. 16, Orono Girls Basketball welcomed their conference opponent, the Waconia Wildcats, to their home court. Waconia is ranked sixth in Class 3A and with an undefeated record, averaging 74 points per game. Behind a stout and experienced senior class, including D1 commit Addy Salzer, the Wildcats would challenge the Spartans in all phases of the game.

From the tip, the pace of play was fast. Waconia rebounded, kicked the ball ahead for quick layups initially. At the 16-minute mark, the Wildcats were up 8-2. But the Spartans settled in, started converting on the offensive end and competed well during the first half. After getting down 10-4, Kaila Youngs and Elle Johnson converted on a drive and a 3-point play to bring Orono within 1 at 10-9. Waconia took the ball inside throughout the evening as junior Ava Stier dominated both ends, scoring 22 points and corralling 12 rebounds. Although Waconia would occasionally stretch their lead to 5 points in the first 10 minutes, behind 10 points from Elle Johnson and the aggressive defense of Kayla Kallenbach, Orono brought it within 1 at 27-26 with 6:30 remaining in the first half.

With 3 minutes to play in the half, Waconia finally made a run. A quick bucket off a backscreen extended their lead to 4 at 38-34. Sharp shooter Sydney Olson hit a quick 3 giving Waconia their largest lead of the half at 7. The Spartans fought back with Eliza McKown getting a steal and a layup followed by two free throws from Lauren Knudson. But the combo of Stier and Audrey Swanson scored the final 10 points of the half for Waconia, sending the teams into the halftime break with Orono trailing 48-38.

Coming out of the break, Waconia continued its aggressive play, extending its lead to 56-38 on an 8-0 run.

Although the Spartans did their best to cut the lead behind the strong play of Knudson, Johnson and Kayla Youngs, Waconia’s strong rebounding and shooting was too much to overcome.

The Spartans had a balanced scoring attack with multiple players in double figures, led by Lauren Knudson, Elle Johnson and Kaila Youngs.

On Friday, Feb. 19, the Orono Spartans traveled to Mound Westonka High School for their second meeting of the season with the White Hawks.

Orono began the game focused on pressuring the ball handlers of the White Hawks. It resulted in a 22-10 lead by the Spartans at the 8:30 mark in the half. Mound continued to play hard, shooting well from the outside, but the solid all-around play of the Spartans extended the lead at half to 42-25.

Kaila Youngs scored the first 5 points of the second half, extending the lead to 22 with 14 minutes remaining in the game. The Spartans continued their strong defensive play, overwhelming the White Hawks and finishing the game with a 77-47 victory.

The Spartans were led in scoring by Eliza McKown with 17 points. Elle Johnson had a double double with 11 points and 10 rebounds. Kayla Kallenbach led the team with five assists to go with three 3-point baskets for the evening.

The Spartans got back to action on Tuesday, Feb. 23 when they faced third-ranked The Academy of Holy Angels. That match took place after press time.

The Junior Varsity team won both of their games this week, beating Waconia in a hard fought battle 53-43 and Mound 58-43.

In the Waconia game, Evie Kompelien attacked the basket all game long, scoring 22 points, all nine of her made baskets coming in the paint. She also dished four assists in the win. Defensively, Avery Kapsner contributed six rebounds and three steals.

The Mound game saw the team hit a season high eight 3-point baskets and shot nearly 50 percent from the field, including 18 assists on 24 makes. It was a balanced offensive attack led by Estelle Atkinson with 12, but a number of others scoring between 6 and 8 points.

The C Squad split their games this week, losing to a strong Waconia team 50-27. They came back and secured a victory over Mound 55-26.

In the Waconia game, the Spartans were paced by Peyton Manson with 8 points and Hazel Solie with 7. Gabby Knooihuizen led the team with seven rebounds.

In the Mound game, the team ran out to a big lead and never looked back. Naveah Alwan led the team with 16 first half points, including five 3-pointers. Gabby Knooihuizen had three assists in the game.