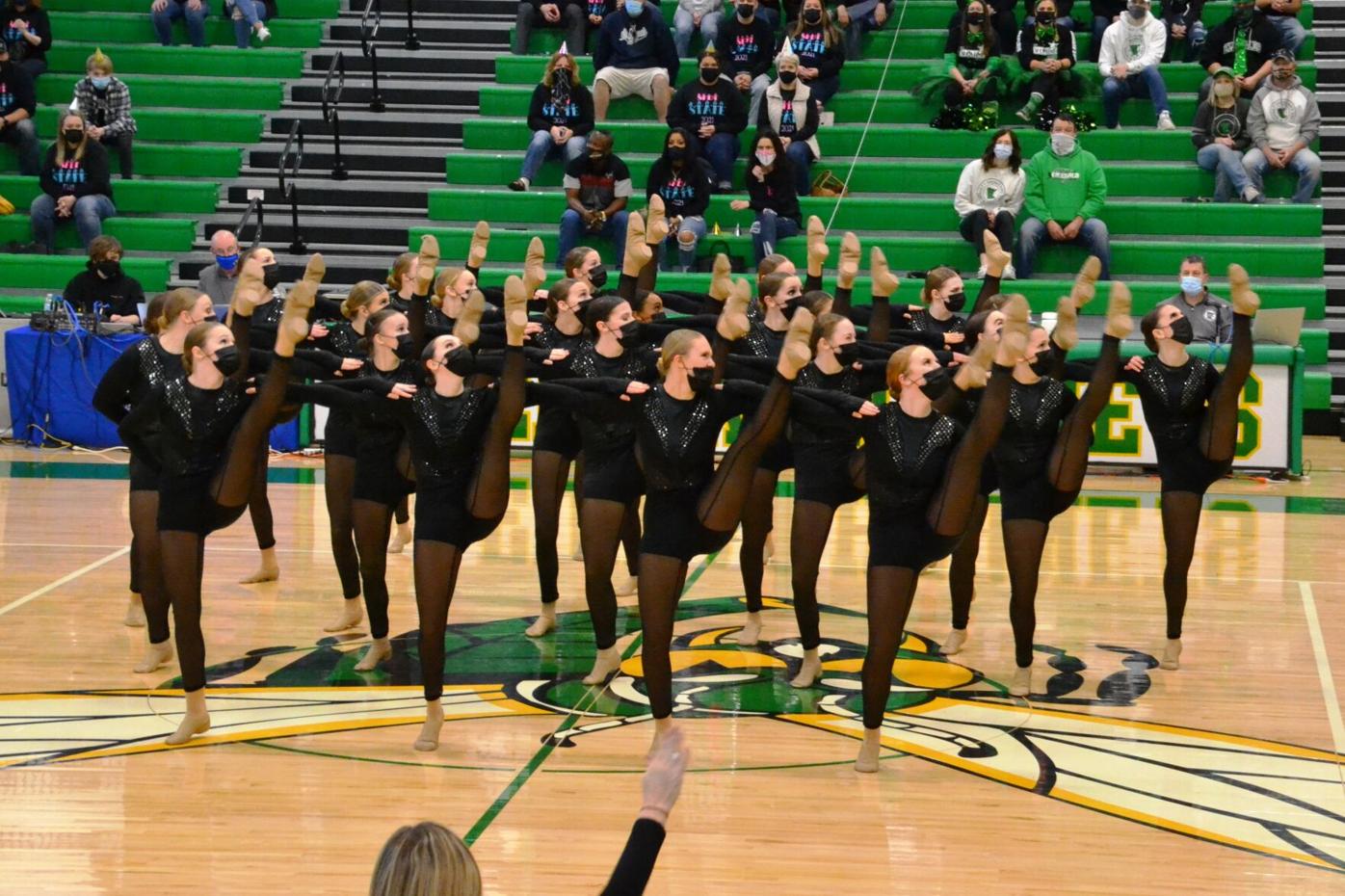 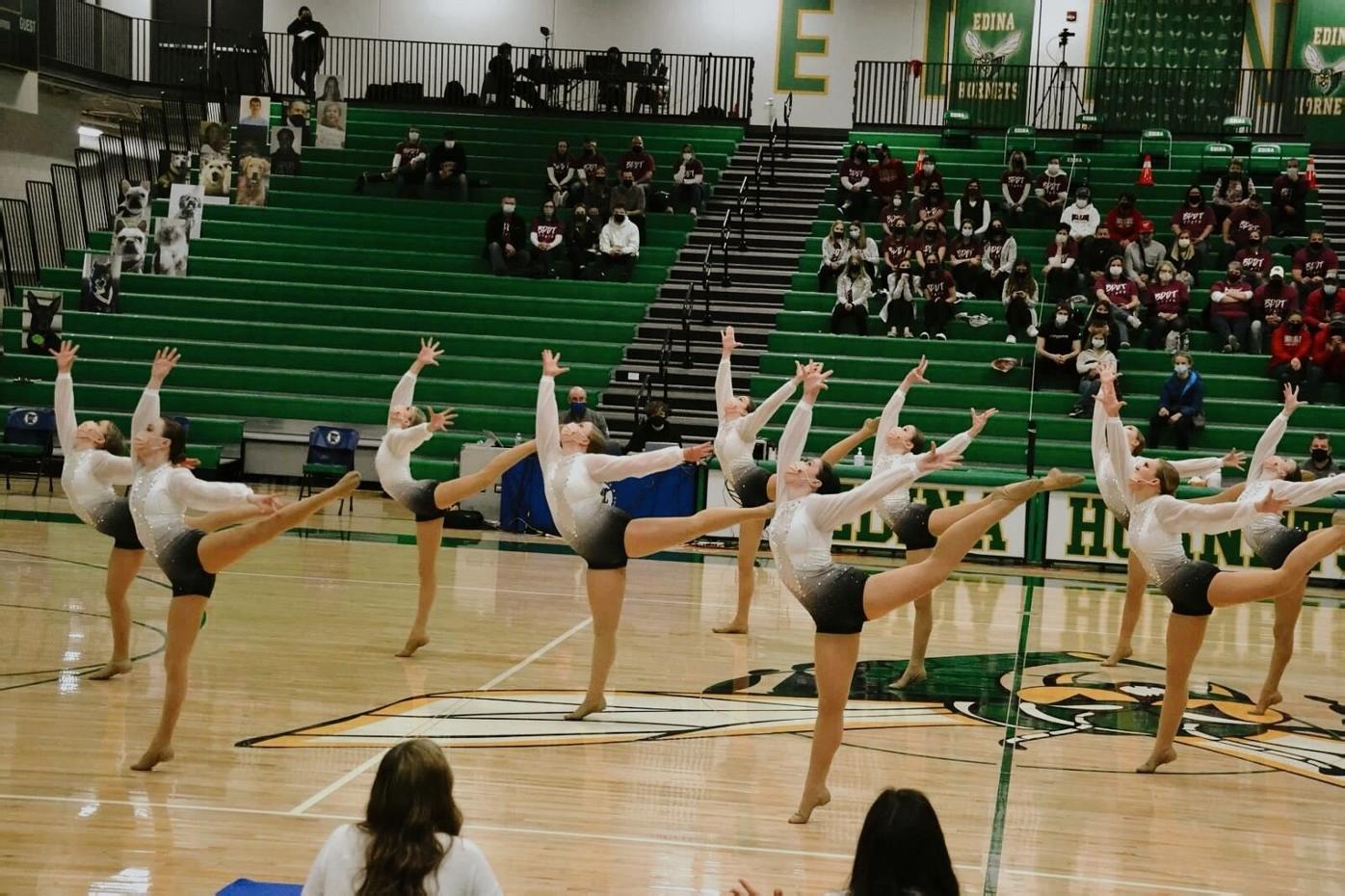 The Mound Westonka Hawkettes Dance Team had one of their best showings in the team’s history at the Minnesota State High School League Dance Team Tournament, held March 12 and 13 at Edina High School. The Hawkettes were coming off of the Section 3AA championship, in which they qualified as section champions in Kick and a strong second-place qualifier in Jazz.

On Friday, March 12, the Hawkettes had a beautifully strong performance of their jazz routine “Dreamer.” Due to COVID restrictions, there was not a preliminary round and final round of the competition. Teams performed once, and the top six teams were announced during the livestream awards ceremony.

“The team definitely peaked at the state competition. All the cleaning and drilling of the routine, as well as our intense technique work, showed. They really left everything on the floor,” said coach Molly Carlson.

The Hawkettes placed fourth among the top AA Jazz teams in the state! The Hawkettes have stood firm with their fourth place for the fourth year in a row and produced some of the highest scores all season. Orono dance team placed third, Benilde St. Margaret’s placed second, and Sartell St. Stephen’s placed first in the AA Jazz competition.

On Saturday, March 13, the Hawkettes had their second appearance at the state tournament, this time in the Kick competition. The team danced to Pitbull’s “I Believe That We Will Win” anthem that was recently released in May of 2020. It was a hard-hitting routine that challenges its audience to “face everything and rise” rather than “forget everything and run.” For the first time in Hawkettes history, the Kick team broke into the top six AA teams in the state with an impressive fourth place finish. Once again, the Hawkettes received their highest Kick scores in the entire team’s history, averaging slightly more than 80 points per judge. Fairbault dance team placed third in the Kick competition, Austin dance team placed second, and Sartell St. Stephen’s took the championship in the Kick category.

As the Hawkettes look back on this season, they are grateful for the opportunity to do what they love during such an unprecedented time. There were many safety measures taken to keep these athletes safe and ready to compete. Hawkettes head coach and Minnesota Association of Dance Teams (MADT) president Molly Carlson played a major role in laying out the dance team season and making the state tournament happen. One of the coaches, Margot Anderson, said, “Most people do not believe that we practice with masks on and compete with masks on. They ask, ‘How do they do that? Don’t they get tired?’ Yes. But they are fighters. Our athletes handled this pandemic with strength and positivity that inspires me every day. They are amazing.”

Although this season is just wrapping up, the Hawkettes look forward to next season. Fortunately, the team does not have any seniors this year, so they look forward to having one more season together that is hopefully more “normal.” Stay tuned for more information regarding Junior Hawkettes opportunities this spring and summer!