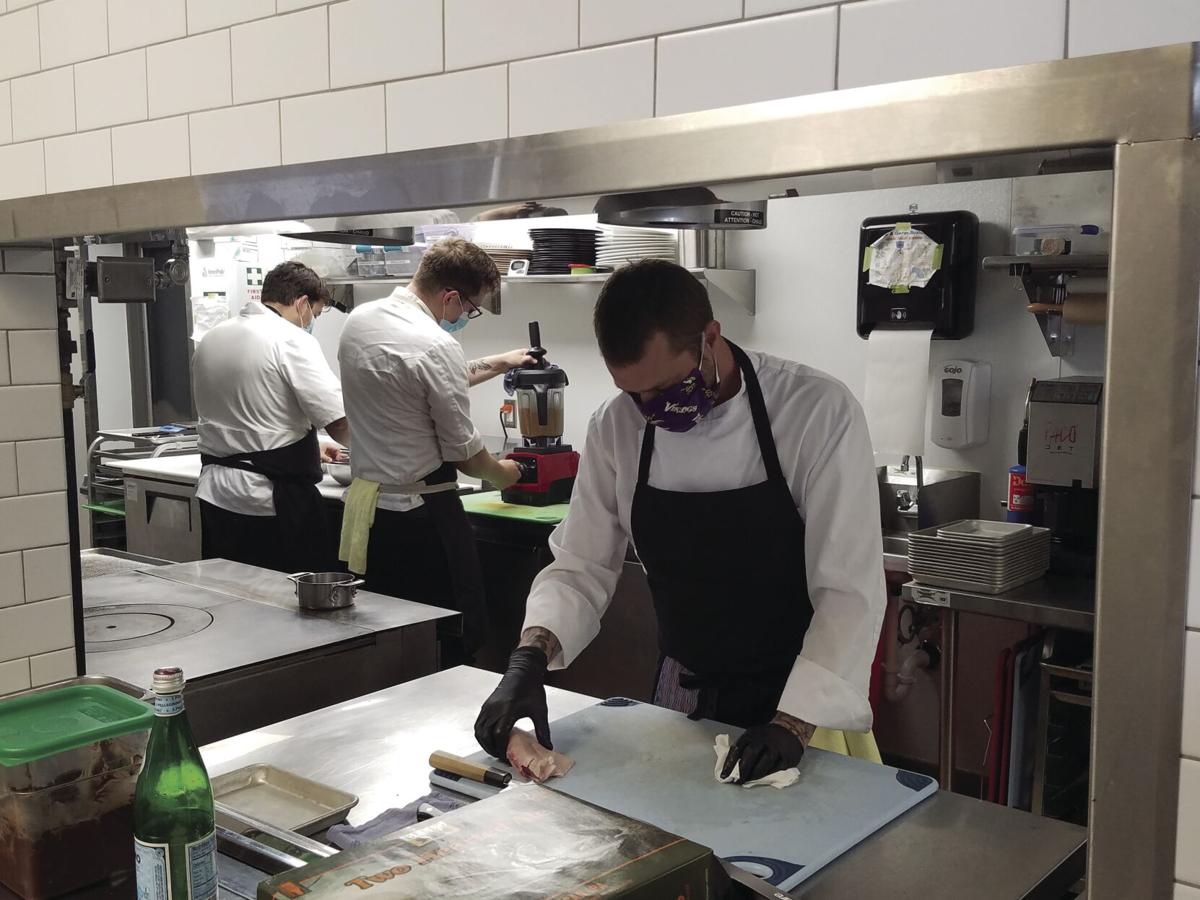 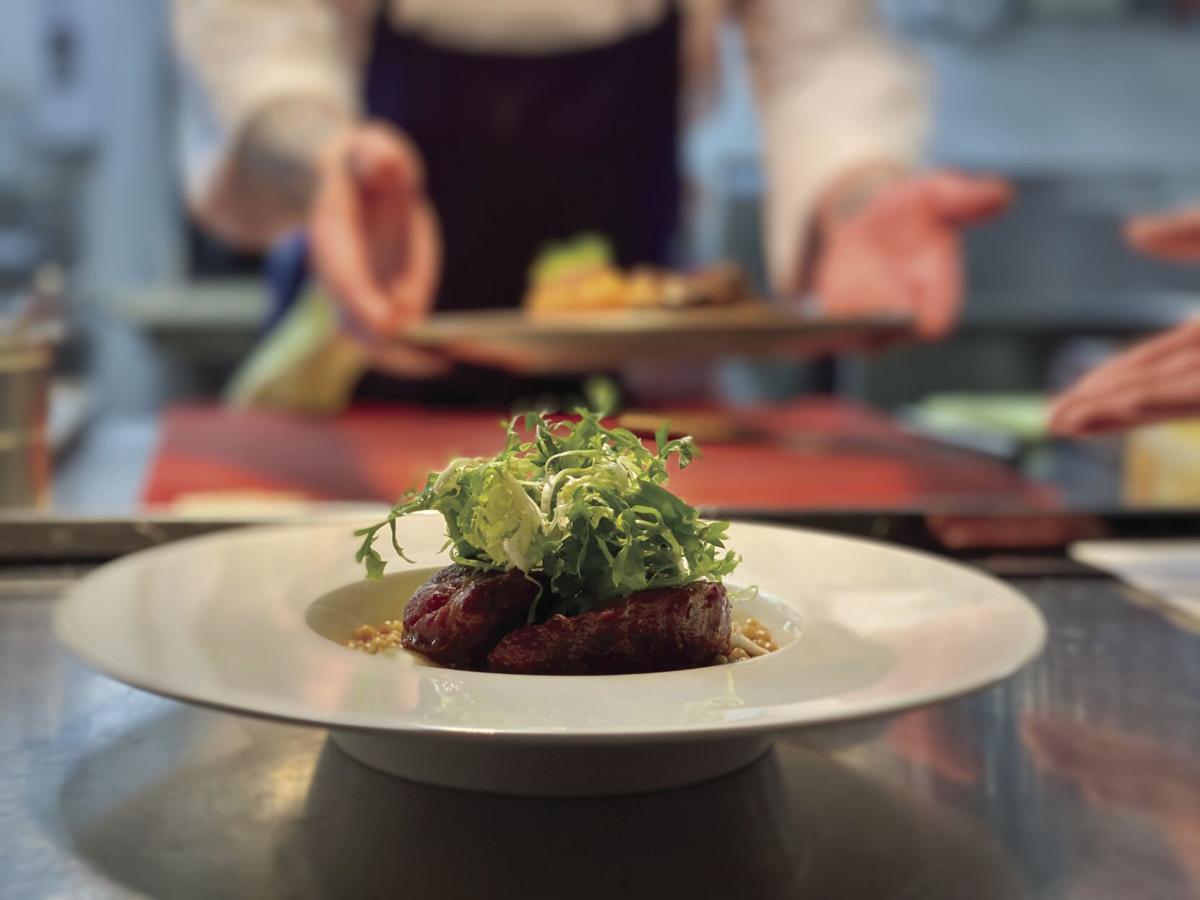 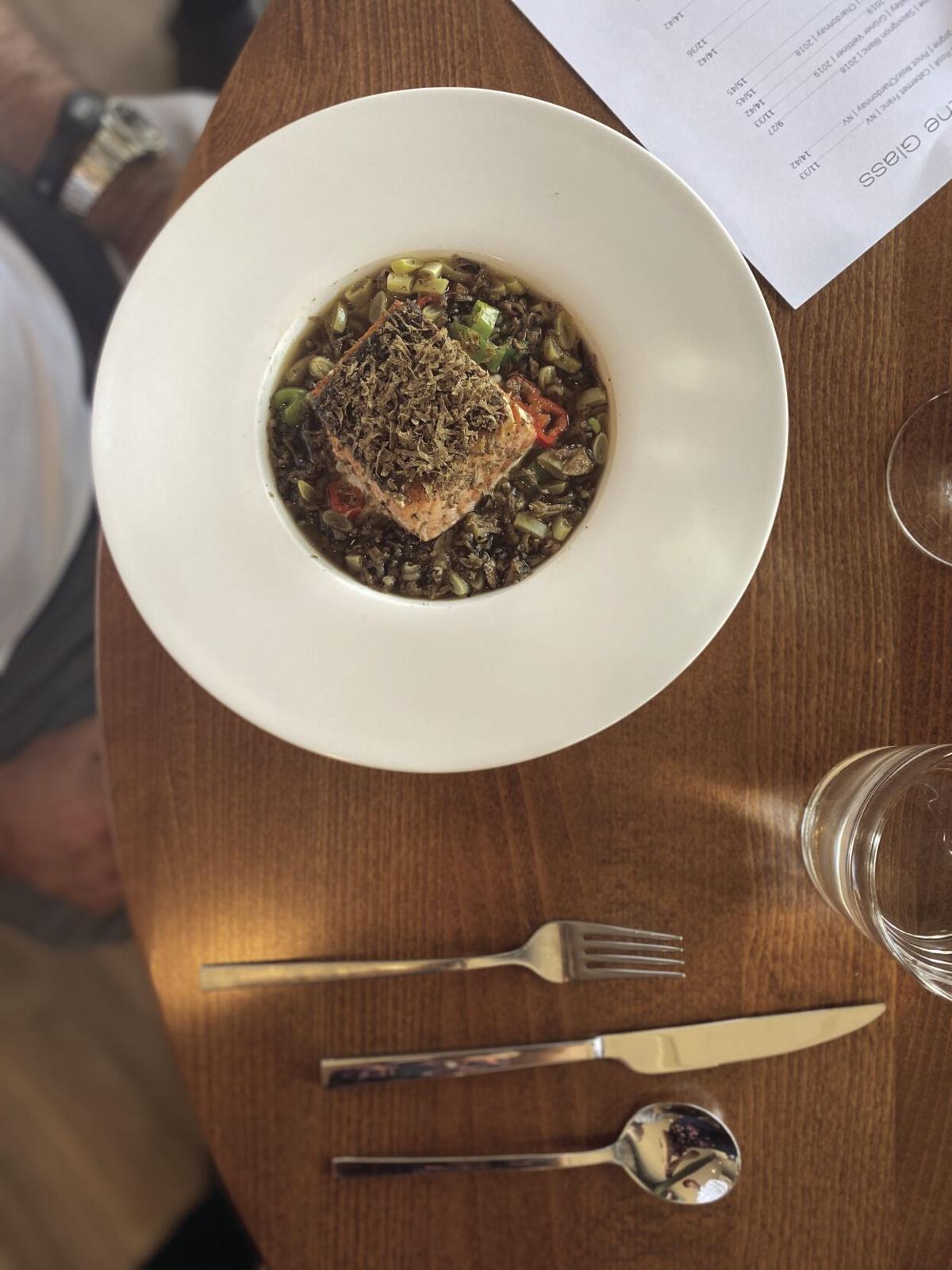 Every Wednesday is the start of a week. Every week, a hatchback drives up. Maybe it’s black truffle mushroom this time. Or shishito pepper...what to do with that?

“We don’t really know what we’re doing,” says Erik Skaar. But there’s an impish tone to his voice and mischief in his eyes. No doubt the cloth mask he’s wearing hides a trace smile.

Skaar is executive chef at Vann restaurant in Spring Park, which he first opened on Shoreline Drive Aug. 10 of last year. He had said then that cooking is “one of the most subjective businesses that exist.” Now, sitting at a back corner table, tattooed forearms resting on the polished wood, he recounts how the ingredients inspire the dishes.

It’s become a sort of mini challenge. “I’ve taken a new philosophy. All I do is ask questions. I say, ‘What do you want to do with this?’” It’s become the guiding question every week when that hatchback pulls up. The goal, of course, is to relay that exploration to customers and Skaar says he may have landed on just the way to do it without breaking his business.

It might seem an oxymoron that fine dining could succeed at a time like this, when unemployment in Minnesota is just a hair under 10 percent and numerous well-established restaurants, including Minneapolis’ Bachelor Farmer where Skaar devoted a few years, have closed permanently due to government restrictions made in light of the coronavirus pandemic.

But in some ways the character of that particular business, one that is centered on food and wine as an hours-long experience for the palate rather than one that demands a constant “turn and burn” of its tables just to break even, has benefited that niche in the industry.

“Our business model did not require us to have a full dining room seated at one time,” said Skaar. Restricted by government mandate to serve just half of his 48-seat dining room, the trick now has been to make that model more accessible.

In reopening June 20, Skaar adjusted the way he serves Vann’s curated dishes, switching to a prix fixe menu of two to three courses anchored by familiar ingredients but filled out with the exotic.

“The goal here is to get diners involved in the meal—choosing courses and expanding their food horizons with ingredients or combinations of ingredients they have never tried or may even be totally foreign to,” said Cyndi Skaar, who manages much of the marketing for Vann.

“My imagination runs wild,” admitted Erik. “We kind of morph and change a little bit, but we still try and represent our concept as much as possible.”

“Vann,” after all, is Norwegian for water. But more turf meats like Wagyu beef, a Berkshire porkchop with mint and basil and a foie gras (“which is definitely not our wheelhouse”) have appeared there as well in recent weeks.

The change, though long an idea in his head, was necessitated by the constraints of the pandemic, said Skaar, as restaurant owners and patrons alike began feeling the pinch to their pocketbooks.

“What it is was a way to control and minimize inventory and body of work and be able to bring in a little bit more high-priced ingredients, like black truffle, while maintaining our budget and kind of convey our identity,” he said, describing the model as a rebus of complementing dishes and ingredients that doesn’t box him into a price point—or his customers into monotony—on any single dish.

Vann is Skaar’s first go at opening a restaurant, though he’s spent 20 years in the industry and much of that time at top eateries both here in the Twin Cities and out in Seattle. In navigating the business of restauranteur-ship, Skaar has set himself to focus only on what he can control. “I’m no politician. I just cook,” he says, taking to heart the Japanese proverb that he credits with pulling him through the trials of the past year: “‘Fall down seven times, stand up eight.’ As long as you stand up on the eighth then you’re good.”

Reopening has enervated Skaar, who said the past six months toyed with his mind a little. “It was less about being prepared. This was like dark coming into light, a breath of fresh air. I kind of blacked out the whole pandemic here,” he muses, his mind ticking back to not just mid-March but to last August and all of the past year. “It’s humility, being humble. I’m not a religious person, but it’s having God check you.”