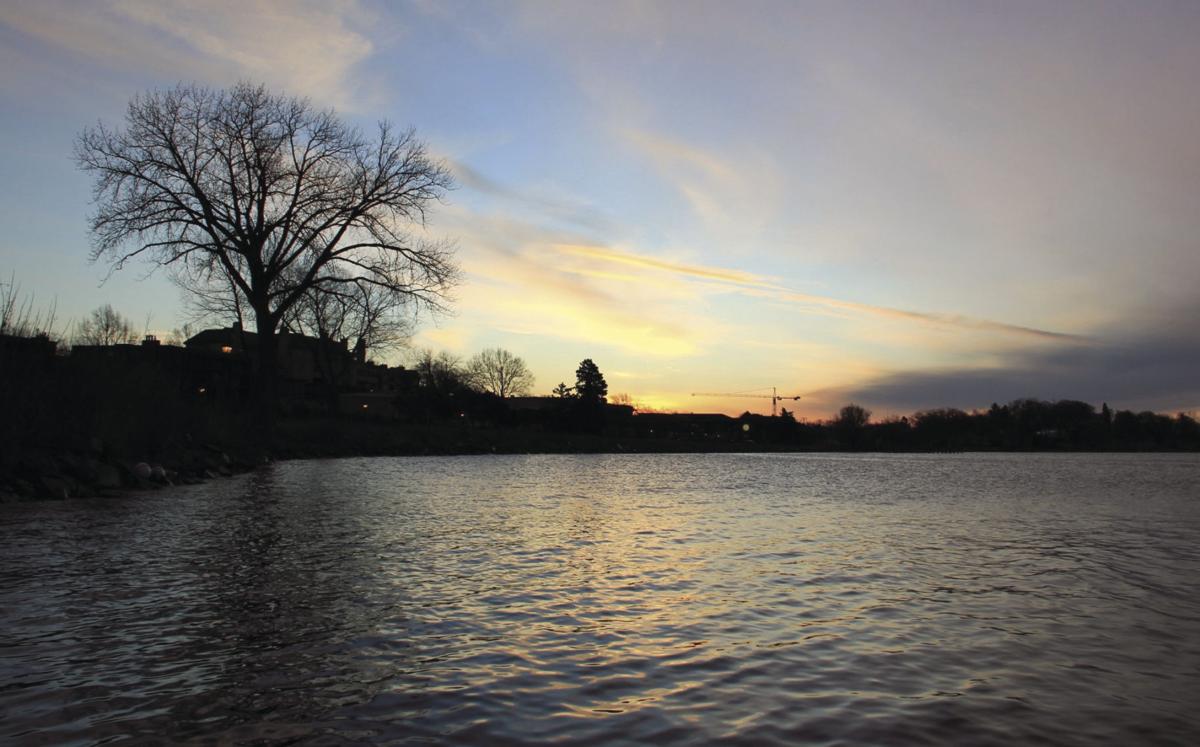 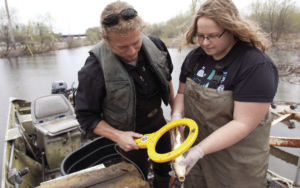 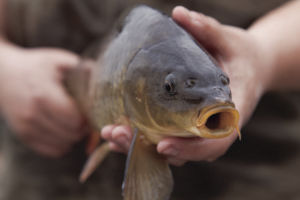 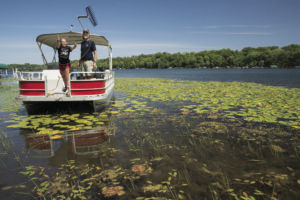 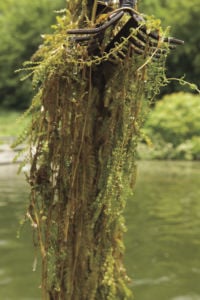 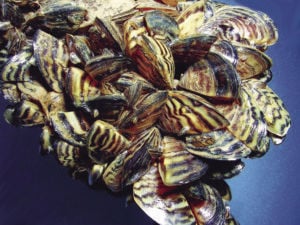 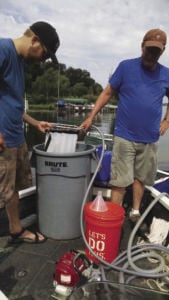 Lake Minnetonka has been a site for continuous research and management of aquatic invasive species. Officials from the Department of Natural Resources, Minnehaha Creek Watershed District, and the Minnesota Aquatic Invasive Species Research Center conducted a number of research projects in 2016 that will continue into this year.

The main types of Lake Minnetonka aquatic invasive species are common carp and zebra mussels and invasive plants such as hybrid watermilfoil.

The research center is concluding a common carp assessment this April in the Six-Mile Creek Sub-watershed that runs from Piersons Lake in Carver County to Halsteds Bay on Lake Minnetonka.

Common carp is an aquatic invasive species that is originally from Eurasia and was introduced into the American ecosystems in the late 19th century by the federal government as a food source.

According to the DNR, common carp are one of the most damaging aquatic invasive species due to its wide distribution and severe impacts in shallow lakes and wetland areas.

Common carp’s feeding patterns are harmful to lakes because their feeding disrupts shallowly rooted plants muddying the water. The fish also release phosphorus that increases algae abundance, causing poor water qualities, which is something that has been observed in Halsteds Bay on Lake Minnetonka.

“What we have seen are pretty large abundances or dense populations of carp in our Minnesota lakes and one of the reasons is they are mainly a river fish from Eurasia around Austria and the Caspian sea and so when the rivers flood in the spring they swim up into the floodplains and spawn and then they grow up in these relatively protected wetland areas and then they migrate back into the river,” said Reid G. Swanson, a graduate research assistant at the research center. “They’re using a similar strategy here.”

The center’s sub-watershed assessment began in June 2014 and ends in April when researchers will provide a final report on their findings to the watershed district. A tentative meeting date is Thursday, April 13. The public will be invited to attend and speak on common carp issues.

“Carp are known to be impacting water quality in several of these lakes and Halsteds Bay, and to sustainability manage them you first need to understand the population in each lake, how they move across the sub-watershed and where they reproduce,” said Eric Fieldseth, aquatic invasive species project manager for the watershed district. “The assessment occurred over three years, and a final report is due spring of 2017. This assessment will be used to manage carp in the sub-watershed, and is part of a larger focused effort by the MCWD and partners in this sub-watershed to improve water quality.”

The report will answer how much common carp is present in the sub-watershed, how these carp move within and between lakes and will identify the sources of young carp.

Swanson said the research center is using an integrated pest management approach to treating the common carp. He said they’re targeting specific weaknesses in the life history of carp such as identifying which ponds they spawn. The researchers are also addressing reproduction and using multiple tools to do so.

Swanson said one form of treatment is allowing the native bluegill sunfish to flourish. In the winter when the carp are larvae in shallow wetlands, bluegill sunfish feed on the larvae causing a reduction in carp population.

The bluegill sunfish are often killed in the winter when there isn’t enough oxygen present in those water bodies. Swanson said they’re considering at adding winter aeration systems that add oxygen into the water, making it beneficial for carp predators to survive.

Swanson said the research center is also looking at management over eradication. He said the goal is to keep the common carp under 100 kilograms per hectare, because any higher would cause environmental damage.

“There is no golden bullet,” Swanson said. “You can’t go out and just remove carp. It’s not how it works. Removing carp has shown to have little or no effect.”

The watershed district, research center and Montana State recently partnered to examine the status of hybrid watermilfoil in Lake Minnetonka.

The project examined how hybrid watermilfoil may be affected by large-scale herbicide applications to control Eurasian watermilfoil.

“We also learned that there is a great diversity among milfoil, and that some hybrid genotypes could be tougher to control than others,” said Fieldseth. “More research is needed to further address this.”

Researchers discovered the hybrid plant was more prevalent in areas treated with herbicides than those areas with little management. This may suggest large scale herbicide treatments could promote hybrid watermilfoil growth and some hybrids may show greater tolerance to treatment.

“As a pilot study, this research gets the ball rolling on understanding hybrid watermilfoil, its impacts, and how it can better be controlled,” Fieldseth said. “These findings are an important first step toward developing more effective milfoil management strategies.”

“We were surprised to learn just how many genotypes of milfoil that are out there,” said Ray Newman, University of Minnesota professor of fisheries. “We need to get a handle on how this diversity and occurrence of hybrid is distributed in the metro as well as greater Minnesota lakes.”

The $35,000 study was funded by Hennepin County. Research was conducted in 2015-2016 on Lake Minnetonka and Christmas Lake. Further research has been extended into this year and the project will expand onto other water bodies across the region.

The Lake Minnetonka area has a number of other aquatic invasive plants including curly-leaf pondweed, flowering rush and purple loosestrife.

The watershed district conducted a six-year study on curly-leaf pondweed management on Gleason Lake in Wayzata. The project ended in 2012.

Twin Cities contractors Blue Water Science and Waterfront Restoration, partnered with the watershed district to remove flowering rush without the use of herbicides.

The contractors have removed the invasive plant by hand on a limited number of bays on the lake.

Purple loosestrife has been controlled biologically by the watershed district by using beetles.

The watershed district and research center are partners in monitoring zebra mussel populations on Lake Minnetonka.

Zebra mussels are fast-reproducing, small freshwater mussels that damage boats, injure swimmers and harm aquatic life. They eat tiny food particles that they filter from the water, which reduces available food for larval fish and other animals, and causes aquatic vegetation to grow as a result of increased water clarity.

Fieldseth said that the organizations have assessed how zebra mussels impact water quality.

“Water clarity has increased in many bays across the lake, and algae has decreased,” he said. “This is due to the filtering ability of zebra mussels. In some bays, zebra mussels have consumed so much of their food source (algae) that the zebra mussel populations have declined. As populations decline, algae will likely increase again followed by an increase in the population.”

Fieldseth also said that the watershed district would assist Michael McCartney, of the research center, in a zebra mussel control research project looking at controlling microscopic larvae (veligers) by focusing on reduction rather than eradication.

Zebra mussel adults live only 3-5 years, and rely on larvae production to maintain their populations. McCartney said that by reducing larvae survival it could lead to eliminating zebra mussels entirely.

Last summer, McCartney and his team focused on treating bays by treating zebra mussel larvae with a small dose of EarthTec QZ, a copper-sulfate pesticide, which reduced population numbers. A low dose of pesticide is used to avoid harming any native aquatic plants or animals.

In addition, these treatments are more cost effective and realistic approach at treating zebra mussels.

“It’s not that we’re not driving to eradicate zebra mussels, it’s mainly that the idea is to target the early life stages with the same chemicals that are used in these attempts to eradiate, like the attempt that was made in Christmas Lake,” said McCartney. “I would view this work in Minnetonka as a test phase to test on larvae that we know is a big issue we face with these attempts to treat zebra mussels.”

McCartney and his team discovered that the low-dose treatments were very effective at reducing zebra mussel larvae.

“We found, in fact, that it’s true that at low doses we have a high rate of mortality for the larvae of the zebra mussels in Lake Minnetonka,” he said.

The research center is also creating water-temperature dependent treatment protocols to eradicate localized zebra mussel infestations in a rapid response scenario. New infestations of zebra mussels are more likely to be found in late summer or fall, when the dropping water temperatures can impact treatment options.

McCartney said the research center would continue conducting research started last summer on how present zebra mussels are in residual water in recreational boats. Various types of watercrafts are being studied. The results will help prevent the spread of zebra mussels and the research will help assist boat manufacturers, boat inspectors and marina owners.

“To date, we’ve had limited data to understand the risk posed by veligers in residual water,” McCartney said. “This study will considerably improve the data set, and our confidence in evaluating that risk in order to minimize it.”

McCartney added that the research center officials are actively involved in studying the genetics of zebra mussels. This research has allowed scientists to determine where the zebra mussels in a newly affected lake came from.