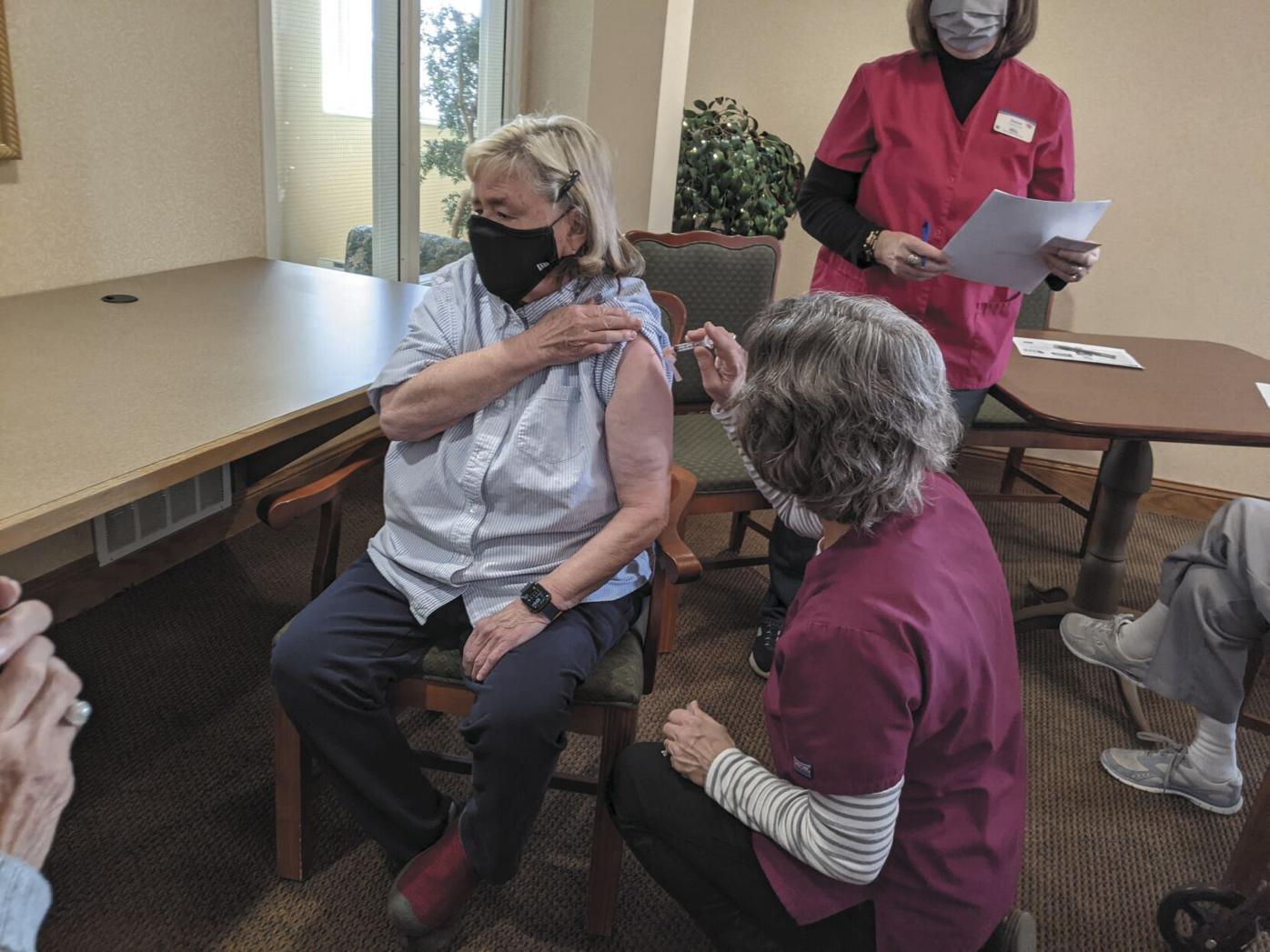 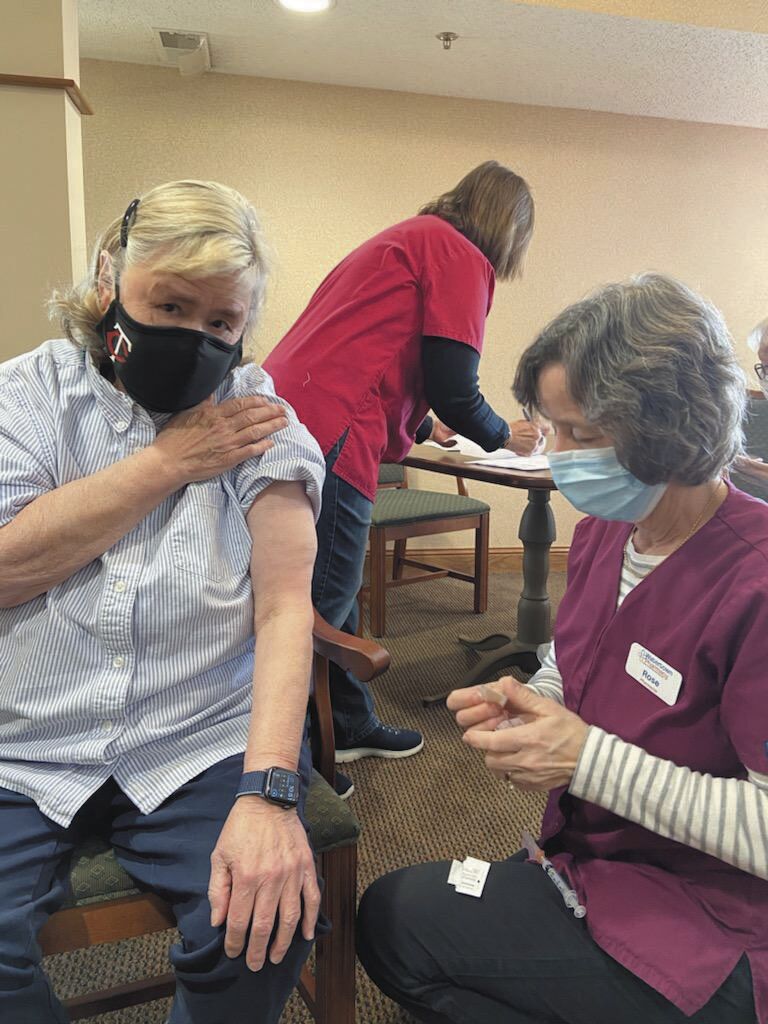 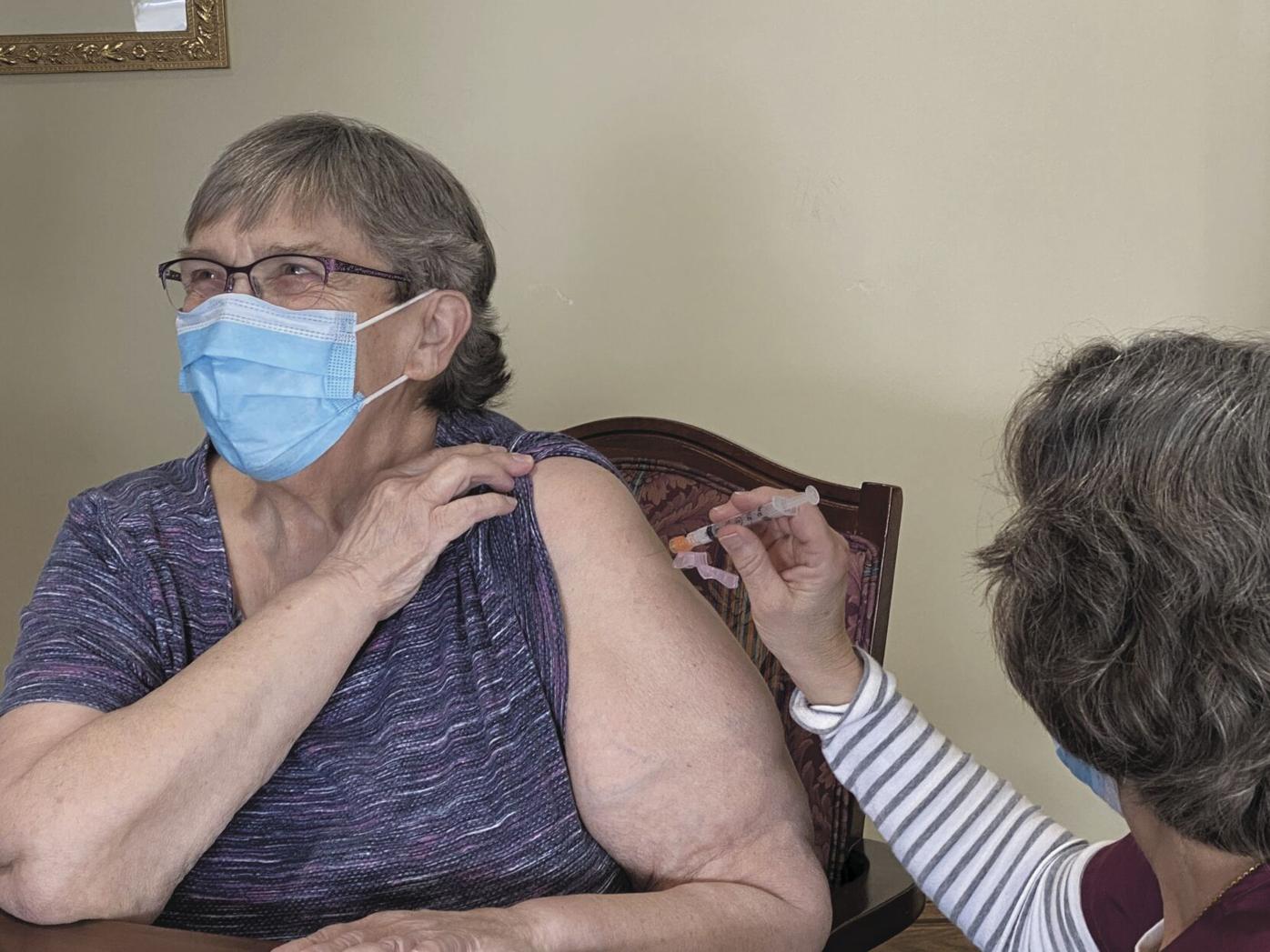 COVID-19 vaccines are making their way across Minnesota, and Orono Woods senior living apartment residents are among the Minnesotans getting their vaccines.

On Monday, Feb. 8 from 10 a.m. to 12 p.m., 52 Orono Woods residents received their first dose of the Moderna COVID-19 vaccine with assistance from Watertown Pharmacy. Orono Woods holds 62 units and some of the remaining residents have already received their vaccine or are on waiting lists.

According to community canager Bobbie Jo Langdon, Watertwon Pharmacy delivers prescriptions to Orono Woods residents who do not drive and was able to bring the vaccine to the residents as well.

CVS Health and Walgreens sent out teams of pharmacy workers to dozens of nursing homes across the state and began administering shots of the Moderna vaccine before the new year. Employees and senior care facility residents have been given priority for the vaccines because they have been shown to be more at risk of being exposed to the virus. Langdon said he is thankful Watertown Pharmacy thought about Orono Woods because the independent living space is not an assisted living facility.

“A lot of my residents were just on waiting lists, concerned about waiting in line and it’s cold here. [This way] residents just had to walk to the library or to the community room,” Langdon said.

Orono Woods residents Susie Rettinger and Lorna Johnston were among the 52 who received their initial shot of the vaccine. The second shot will be distributed 28 days later.

“That was the first time I didn’t feel the needle,” Johnston said after receiving her first shot.

Johnston has spent her days during the pandemic walking the halls or garage of the building to get out and stay active to keep her spirits up. Rettinger has enjoyed word games, socially distanced bingo and other contests featured at Orono Woods.

“I was on three waitlists and was very happy Orono Woods was able to offer it here […] The experience was very organized and professional,” Rettinger said.

Over the past year, Langdon said the feeling of fear has been prominent and feels that residents are starting to get their positive outlooks back.

“There’s been so much fear here over the last year that this is a light at the end of the tunnel. [Residents] can start to feel positive and know that ‘normal’ is coming back,” she said.