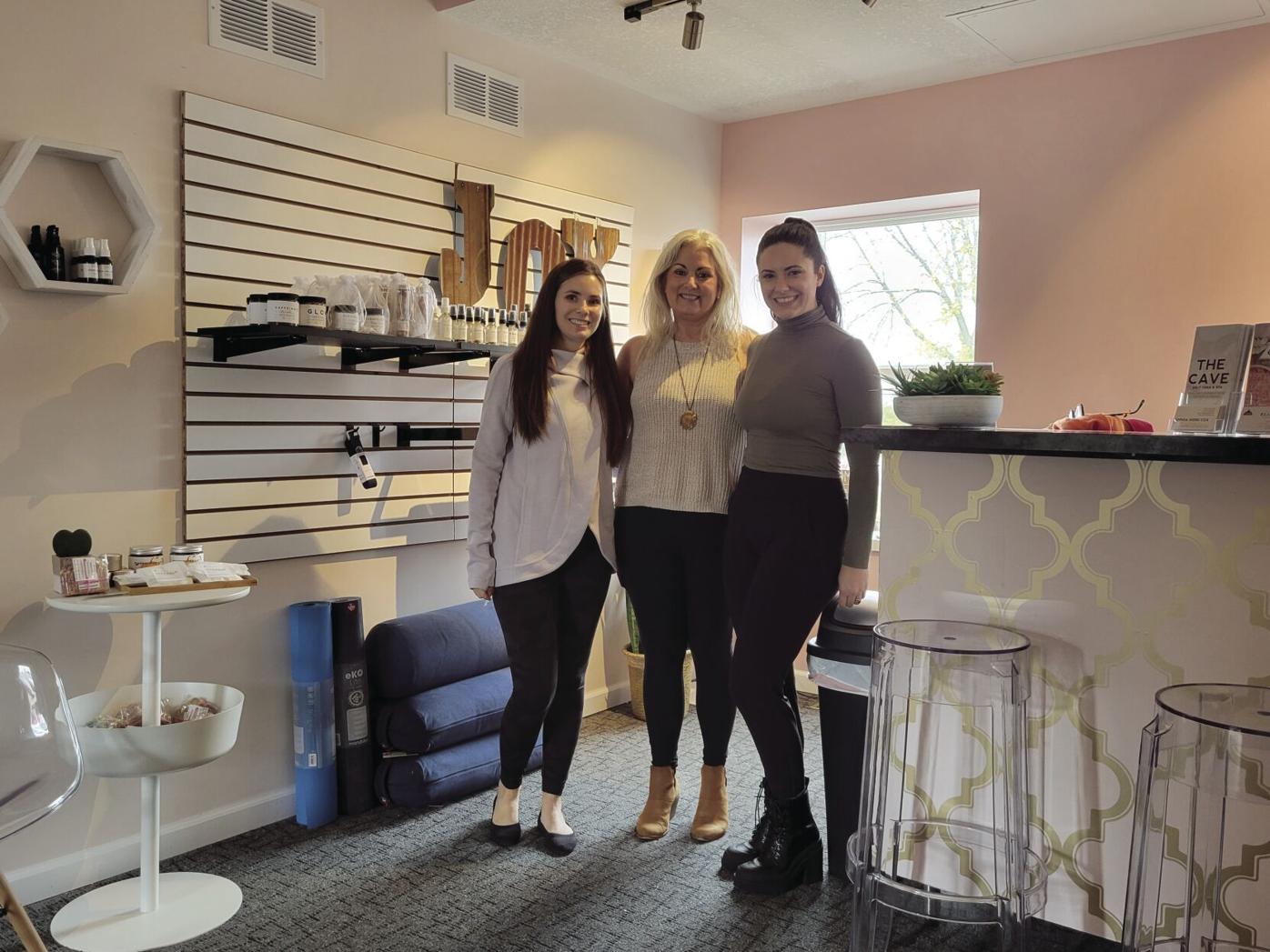 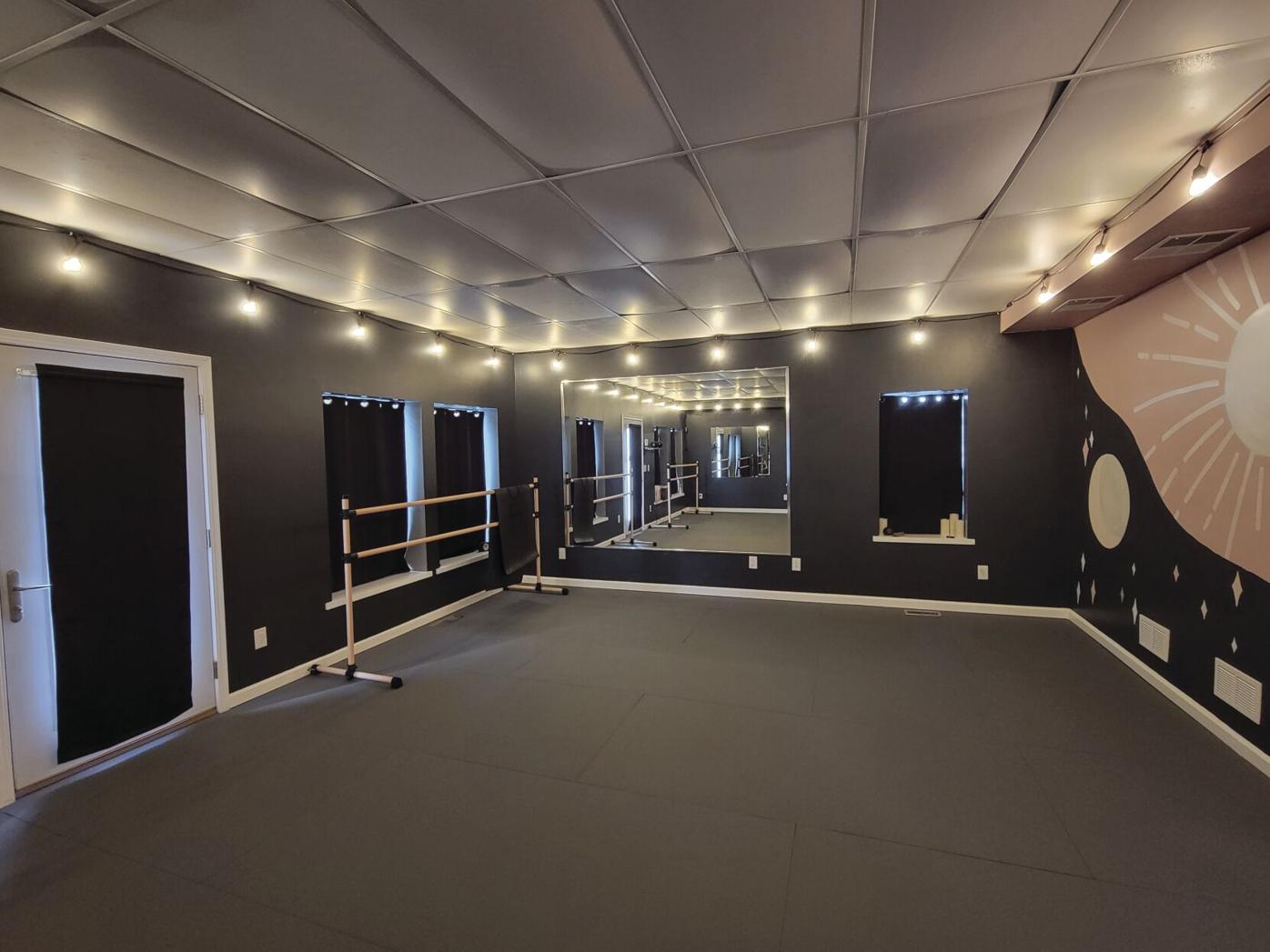 The softly lit studio, with its walls of large square mirrors and floor of half-inch thick and firm but flexible material, tell it all: yoga and barre have come to Mound. The Cave officially opened at 2354 Wilshire Blvd. Oct. 1.

“To be able to offer yoga to this community on a real, kind of powerful level where—I’ve been out here for so long; there’s never been anything like this out here—this has just been a really, I think game changer, for the community,” said Greta Walch.

Walch previously taught at Our Lady of the Lake School and has been a yogi for 20 years, drawn to the discipline by “the body-spirit-mind connection that it brings people.”

The studio in Mound is Walch’s second location, she having first opened in Wayzata in 2018. Apart from yoga, the Mound studio offers a similar selection of spa services as those Wayzata has offered—halotherapy, or salt therapy, among these.

Walch inherited the salt cave in the basement of what had been WakeUp Fit until this April. For Walch, who has lived in Mound for more than 30 years, it was prime opportunity to bring her business back home.

“It’s in our back yard, it’s a great space…let’s expand. And we went for it, even though it was in the middle of a pandemic,” she said. “It was a little bit bold.”

Walch said the success of local businesses, like Back Channel and Vann in Spring Park and Dakota Junction in Mound, had given her that extra nudge that the time was right, pandemic or no.

So, too, did a perceived void in what Mound had to offer in the way of yoga, said Sophia Nord Cox, general manager and yoga/barre instructor at the Cave. “Wayzata has a lot of stuff; Mound doesn’t. So, opening here, too, we were like, we can cater to a whole new community that’s never had anything like this before. That is a challenge but also a really good thing at the same time.”

The Cave is a family affair. Nord Cox is Walch’s daughter, as is Emily Nord, the Cave’s spa manager. And Sophia and Emily’s father built out both locations.

“It’s been important to me to build something that my girls can have into the future, a foundation for their future […] this is something that they can have that’s sustainable,” said Walch.

In expanding to Mound, Walch and Co. brought Karen Tomczak on board as one of the yoga instructors. A friend of Tomczak’s had worked with Nord Cox prior even to the Cave opening in Wayzata and had told her about the family’s business expansion.

Laid off from her 9-to-5 during the pandemic, Tomczak pursued yoga teacher teaching after having practiced as part of her dance background. “I went into [teaching yoga] just to deepen my own practice and learn more about yoga and the background and the poses and just the spirituality and everything that yoga is about,” she said.

Between the Wayzata and Mound locations, the Cave has a staff of 13 yoga and barre instructors and estheticians, plus a massage therapist.

Practices in Mound range from meditative Hatha to more dynamic Vinyasa. Some classes are heated. Some are on the rooftop...and Tomczak had the cheek to suggest snow yoga up therein winter. Whether a joke or no, time will tell.

“I enjoy seeing people achieve difficult things, and you can do that through yoga,” said Tomczak with a grin. But “at its root, yoga is a breath practice,” and coming in just to meditate is fully on the schedule, too.