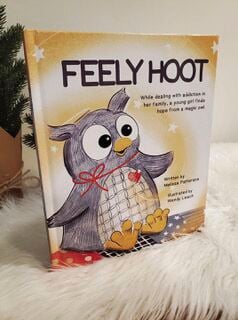 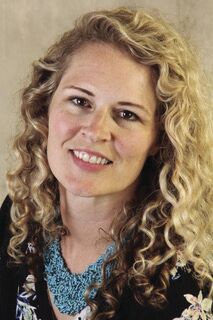 A Westonka area counselor released her first children’s book—and has taken on the heavy task of portraying in print what has, in her experience, often been hush-hush: substance abuse in the family.

Melissa Patterson is a licensed drug and alcohol counselor, formerly with a school district and now in private practice at Stable Living in Minnetrista. Feely Hoot dropped this summer and Patterson said the impetus behind it was the feelings of shame, fear and guilt that many of her youngster clients, many of them no older than 10 or 11, had expressed to her as they lived with a family member who was struggling with addiction.

“It becomes like this little cycle of, ‘I’m not talking about it, don’t bring it up, I don’t want anybody to feel hurt or sad’ even though that’s probably not what the parents are portraying. But that’s how the child kind of sees it—like, ‘I can’t share this with them’ or, ‘I can’t tell them how I’m feeling because then they feel sad,’” said Patterson.

Feely Hoot begins with the girl Piper being given a stuffed owl—Feely Hoot—by her grandma just before her dad leaves for treatment. That little owl comes to life and gives her hope while her dad is away, reminding her that “smooth and slow, we don’t the way we’ll go, but know that you are brave, so heave-hoe.”

Patterson said she hoped to convey to kids that treatment is a good thing and that it isn’t forever, that they’re healing and will come back home. The book is meant to show that talking about substance abuse in the family can help bridge the gaps of understanding as kids ask why a parent is no longer there, whether physically or emotionally, or how they can somehow “fix” the problem, she said.

“They don’t need details. But they need enough to understand the process of what it is,” said Patterson, who said that with kids so much gets internalized. “That’s all they know. They don’t have the capacity to know what a parent would be going through at that time. They only feel their own feelings and thoughts.” And so starts that cycle of shame or guilt, she said.

Patterson had worked on Feely Hoot for a couple of years before publishing, and when she did begin that process of getting her story out there, she said that publishers had encouraged her to broaden the book’s message to one of anxiety, not substance abuse, in the family because that would be more marketable and reach a wider audience.

But money and marketability weren’t the goal. “I just really want to get this in the hands of any kids who are dealing with any type of addiction in the family or substance use in the family,” she said. Patterson contrasted her own book with other kids’ books she has seen carry the same topic of substance abuse but in a way that, she said, sustain the stigmas behind it, making it hush-hush in their use of such themes as the “elephant in the room.”

Or, she said, they sketch out a picture of fear absent of hope, using imagery of death and the grim reaper.

With Feely Hoot, “It’s a better, more hopeful kind of schema for what you’re dealing with” than what is already out there, she said. “Addiction can really happen to anybody,” and when that isn’t talked about, “those kids kind of struggle because they don’t have a way of finding hope or finding out what’s going on.”

Feely Hoot is now available for purchase online through Amazon, Barnes & Noble, Walmart and Goodreads, as well at feelyhoot.com.