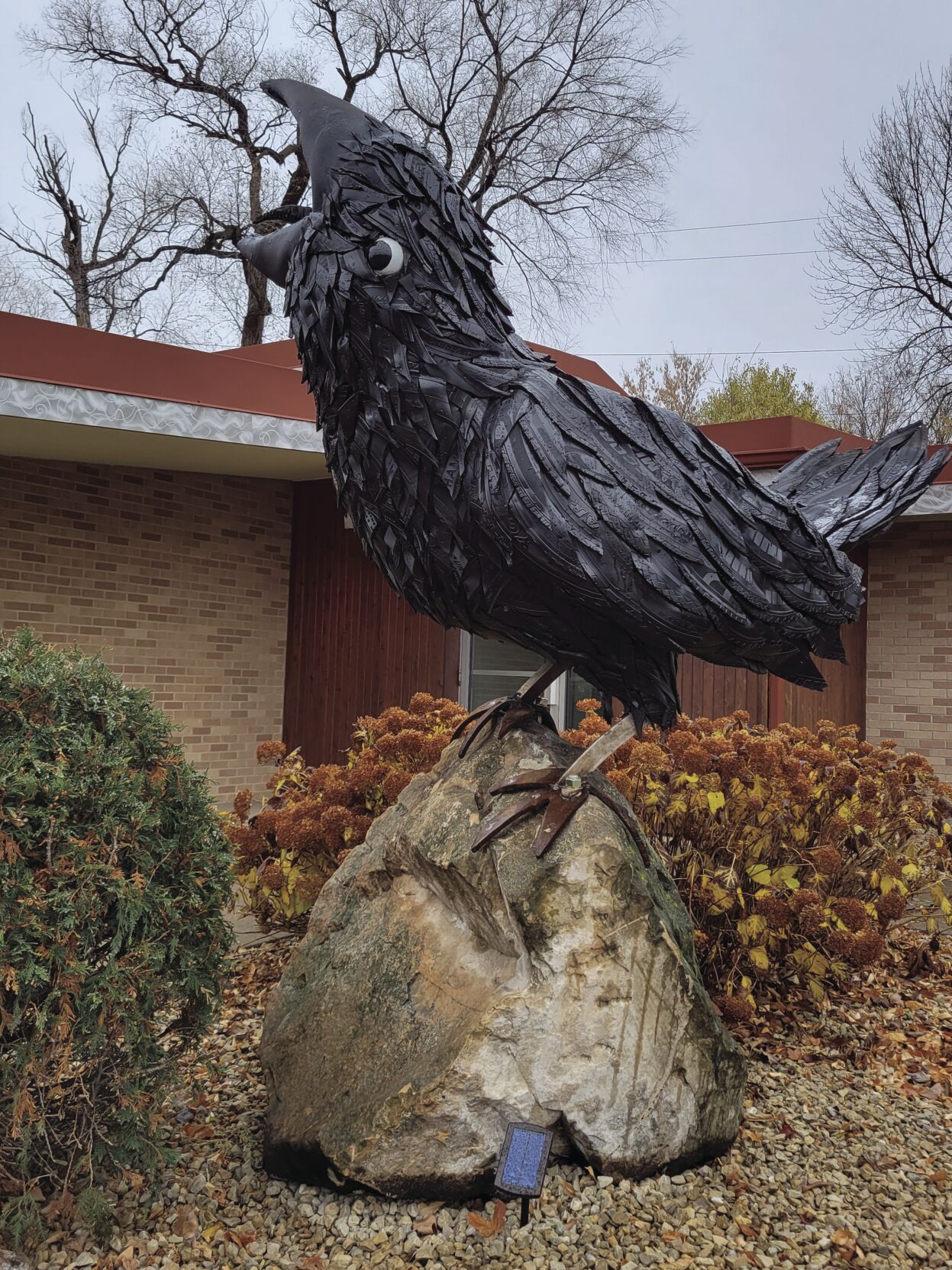 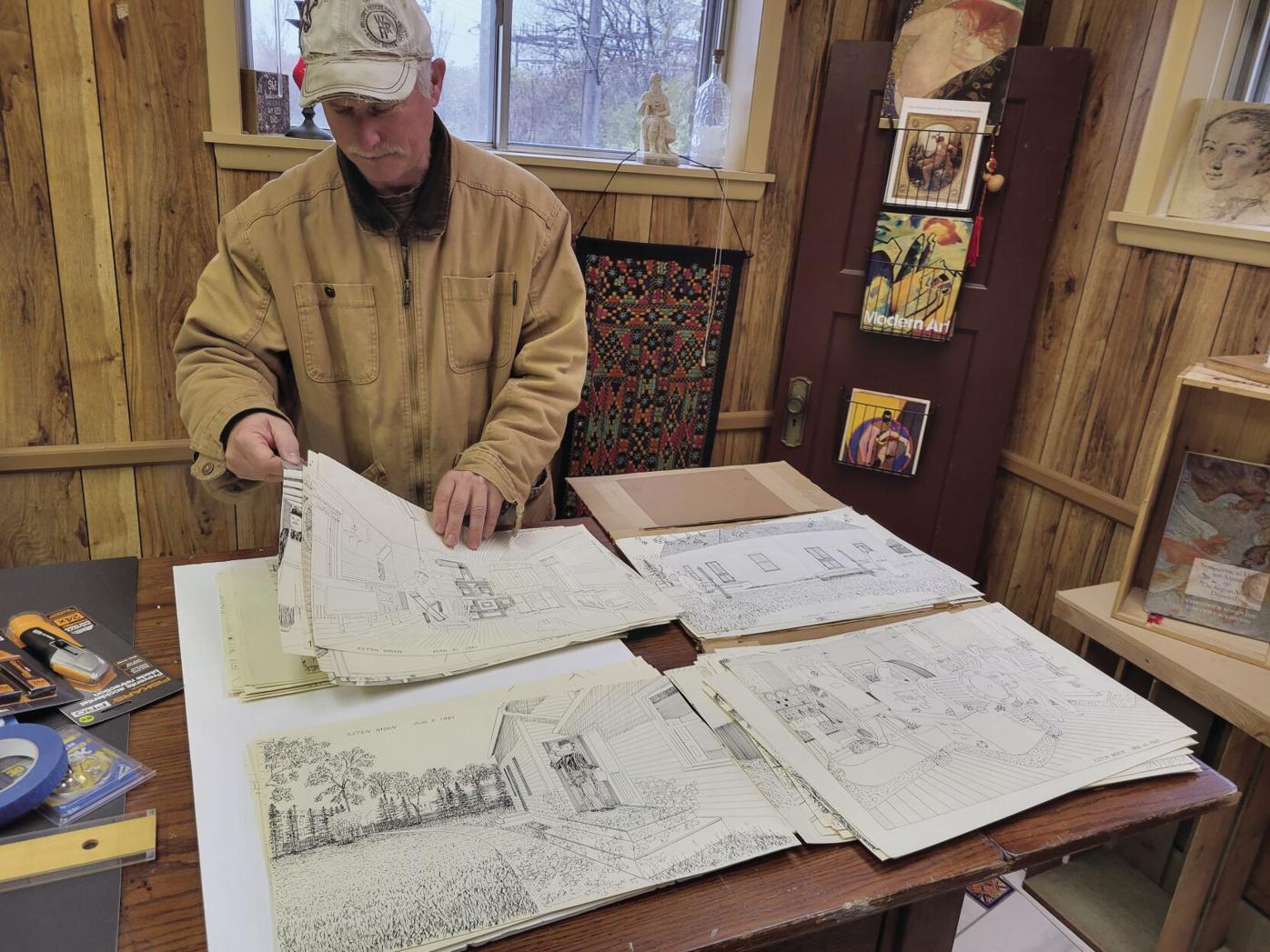 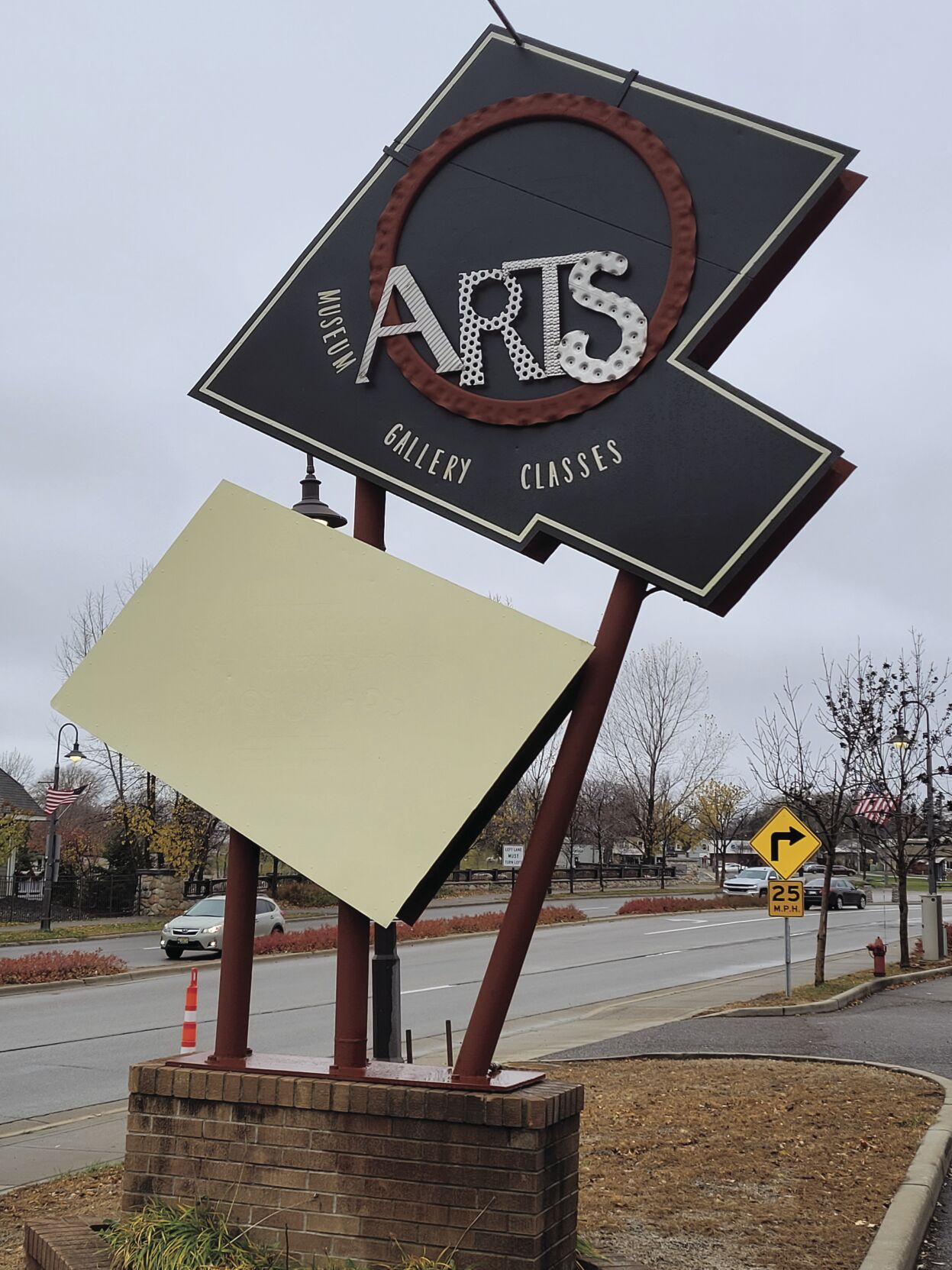 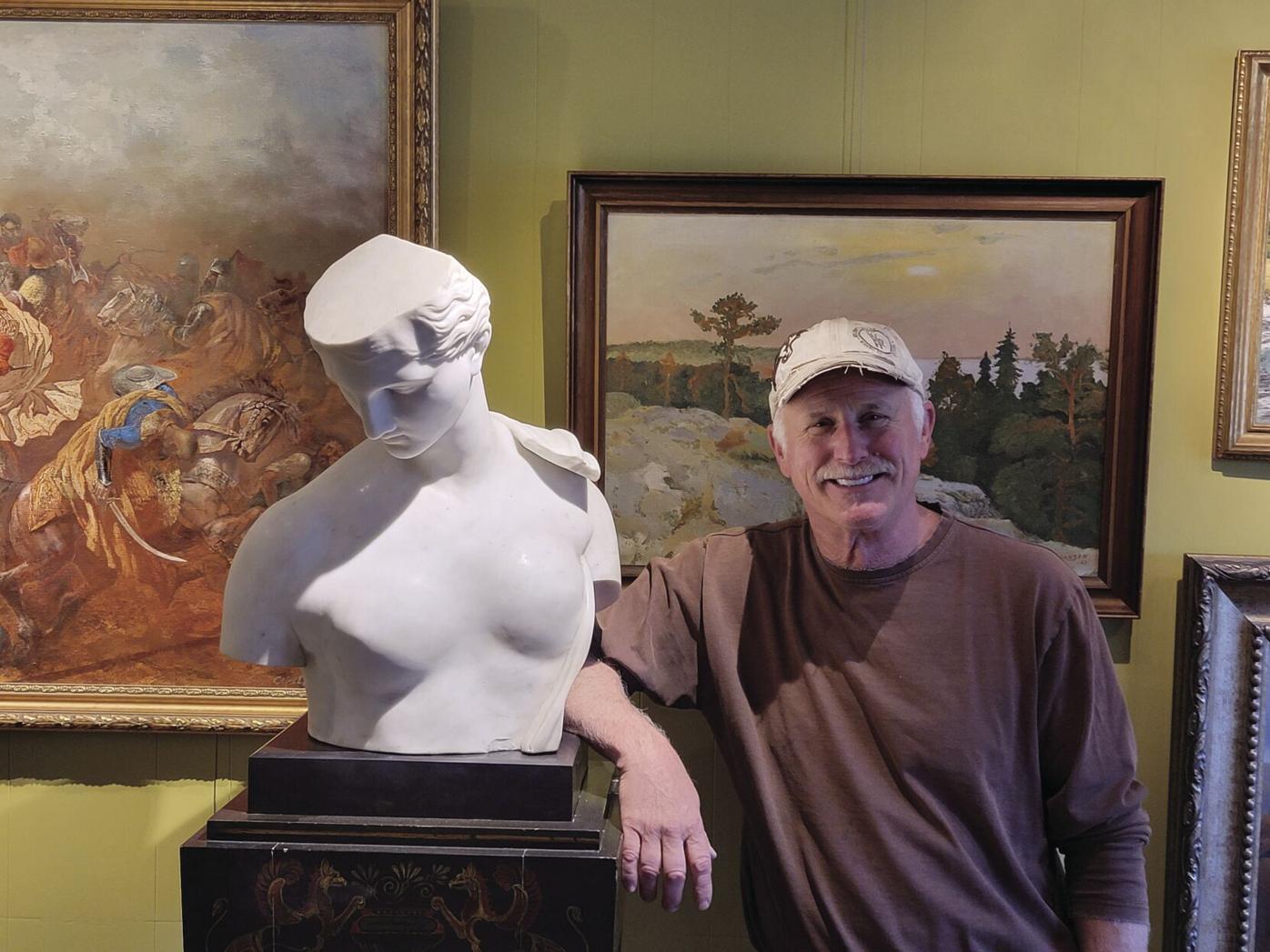 It’s the full range of the artistic eclectic, from Renaissance Italy to fin de siècle USA.

There’s a pale wood piece, waist-high and curled round and round. There’s a painting of the Last Supper that might date to the 17th century and there’s an intricate scene of a Ukrainian battle.

There’s a neo-classical bust. And an African piece—tiny metal figurines in a rounded dish atop a sinuous stand. On one wall is an art nouveau painting that evokes a 100-year-old Maxfield Parrish.

The new art gallery and studio whose huge black crow has teased us for months is set to open mid-December in Mound at 5424 Shoreline Dr., across from the Caribou Coffee.

Minnetrista’s Bruce Stillman, the artist known for his mini golf enterprise off County Road 110, set the gallery and studio project in motion this year after the idea for it nagged at him for half a decade.

“Art is fun,” says a cheerful Stillman who admits to having many projects going at once.

It’s a chilled November morning, and the sign out front advertising the grand opening weekend was only recently installed. It gives a more full explanation of what’s inside than did the giant crow that arrived out front some months ago (incidentally, that crow is made from recycled tires and treads by the hands of Big Stone’s current artist in residence…just wait ‘til the other two alight on that concrete roof—that’s the plan for them anyway, says Stillman).

With a working title of “Arts Museum & Gallery Mound,” the place is a bit of an orphan even before its grand opening. The intention, says Stillman, is to find a local artist or entrepreneur who will take the project off his hands, add their own name to the blank sign and foster the arts here in Mound.

“It can be an avenue for someone who maybe wants to draw or do a little artwork, have a project,” says Stillman. “We’ll just see if it works. We’re going to try and not be afraid of failure.”

Sue Thompson, art curator and instructor, is co-founder of the gallery. She’s also a travel agent, and Stillman says she’ll run her agency in one of the gallery’s offices, looking after the artwork in the slower hours.

The building is itself an odd bit of architecture. The 1965 tornado had spooked one of its previous tenants who then beefed up the structure with Span Crete and installed a boxed-in concrete entry that Stillman says he had to knock down.

Up a few steps from the main floor is a mini kitchen and two classrooms. To the left, a cozy room stocked with easels for painting classes; a low-pile circular rug lies underneath. Disparate sculptures adorn the hearth and a gush of yellow flowers sit on the windowsill.

The other room finds its character in mosaic tile flooring. There’s a work table here, and a portfolio of ink folk art drawings are out today. “There’s stories behind them,” says Stillman, turning over the first in the series by Fossten, Minn.’s Esten Moen. The drawings were donated to the gallery and hadn’t been displayed before, he says.

Stillman says he is still searching for more local art and art that’s “the best we can find so that w[e] can be a source for people to find some art for their home.”

Or create it, which anyone attending the grand opening can do. Stillman will have the large paint-splattered drum, spinning platform in its center, available for those wanting to try their hands at spin art: a trickle of paint that comes alive with motion.