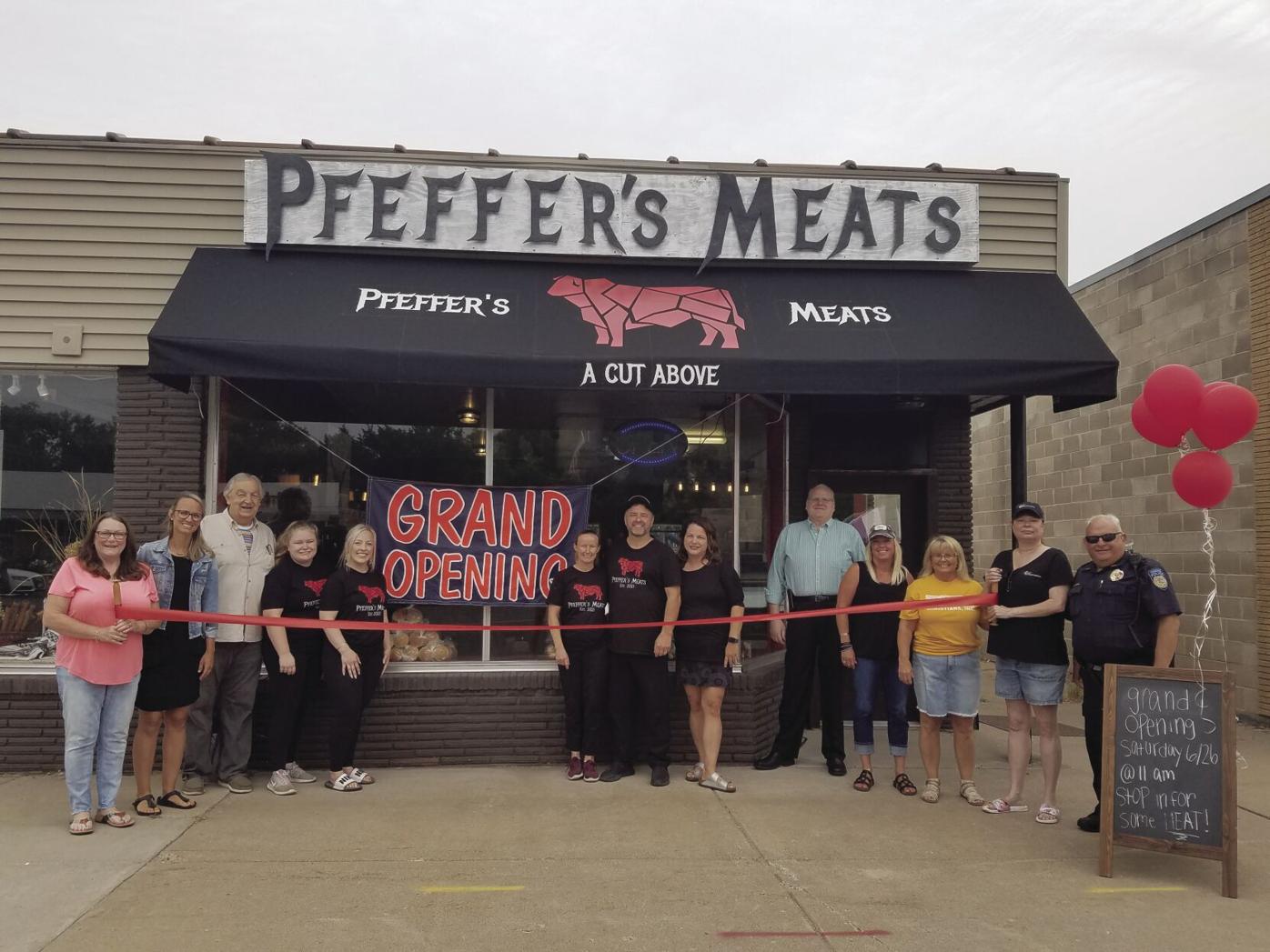 Mark and Sue Pfeffer of Minnetrista opened Pfeffer’s Meats in Navarre June 26. “We’re all about local,” says Mark. The pair have cleaved to the locavore movement and are also liable to offer a little comedy alongside the cuts they sell. (Elizabeth Hustad/Laker Pioneer) 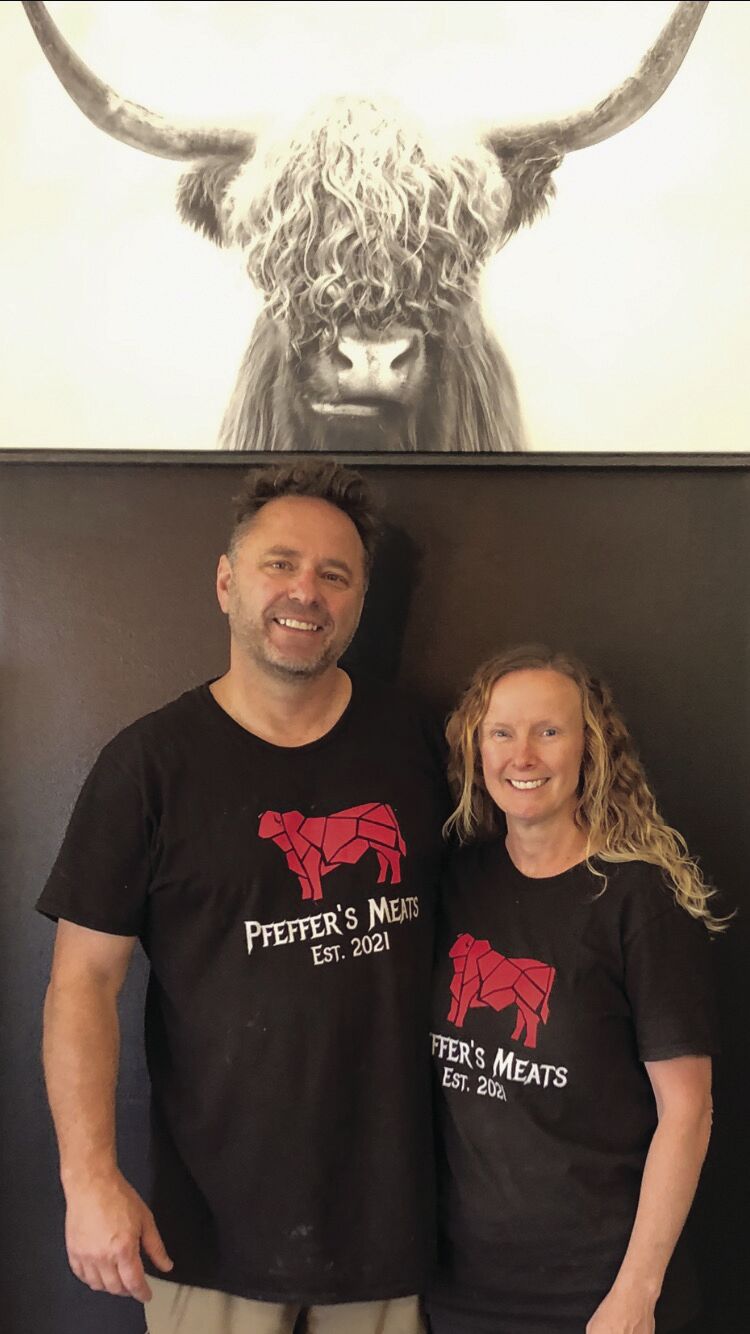 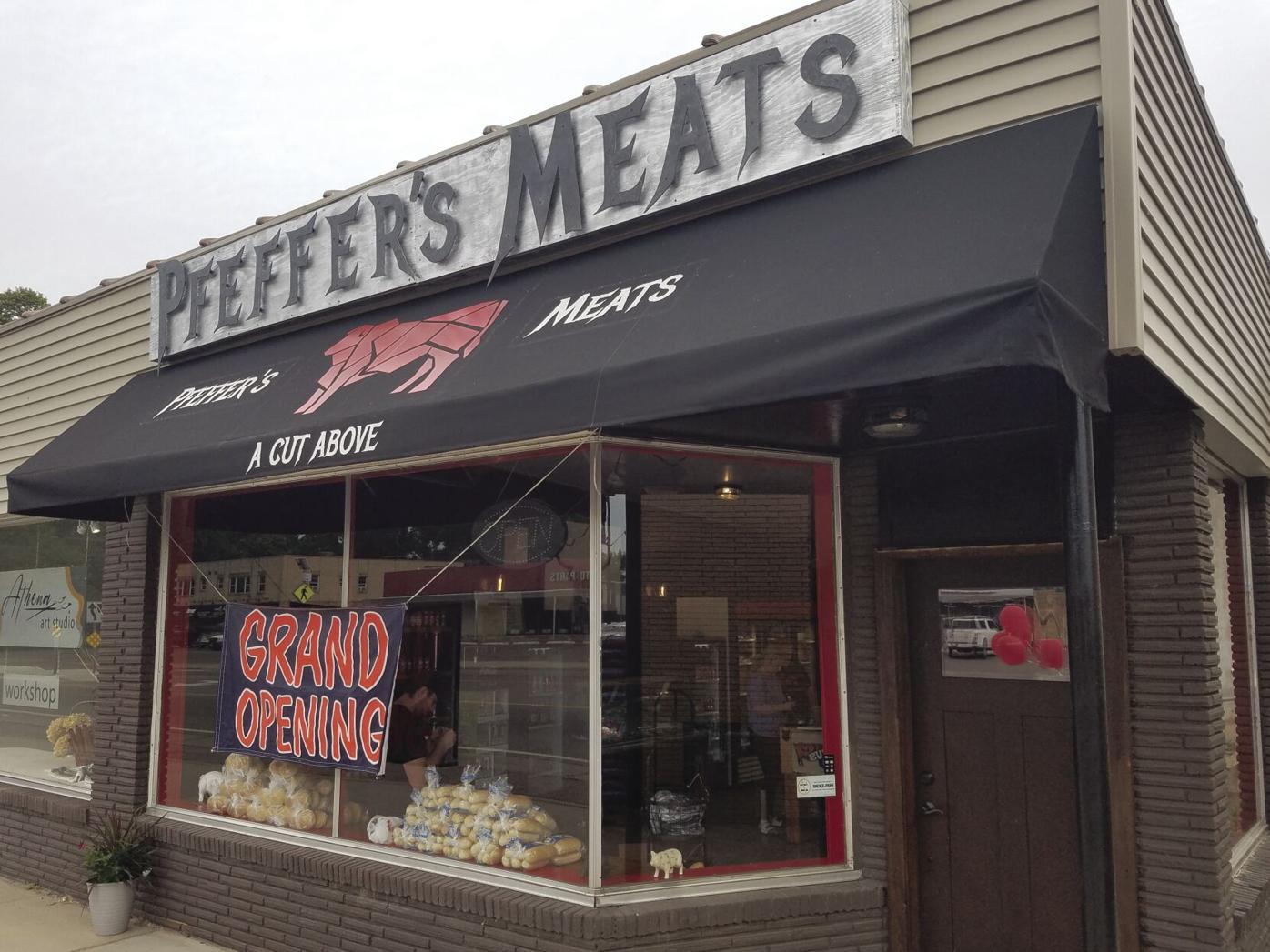 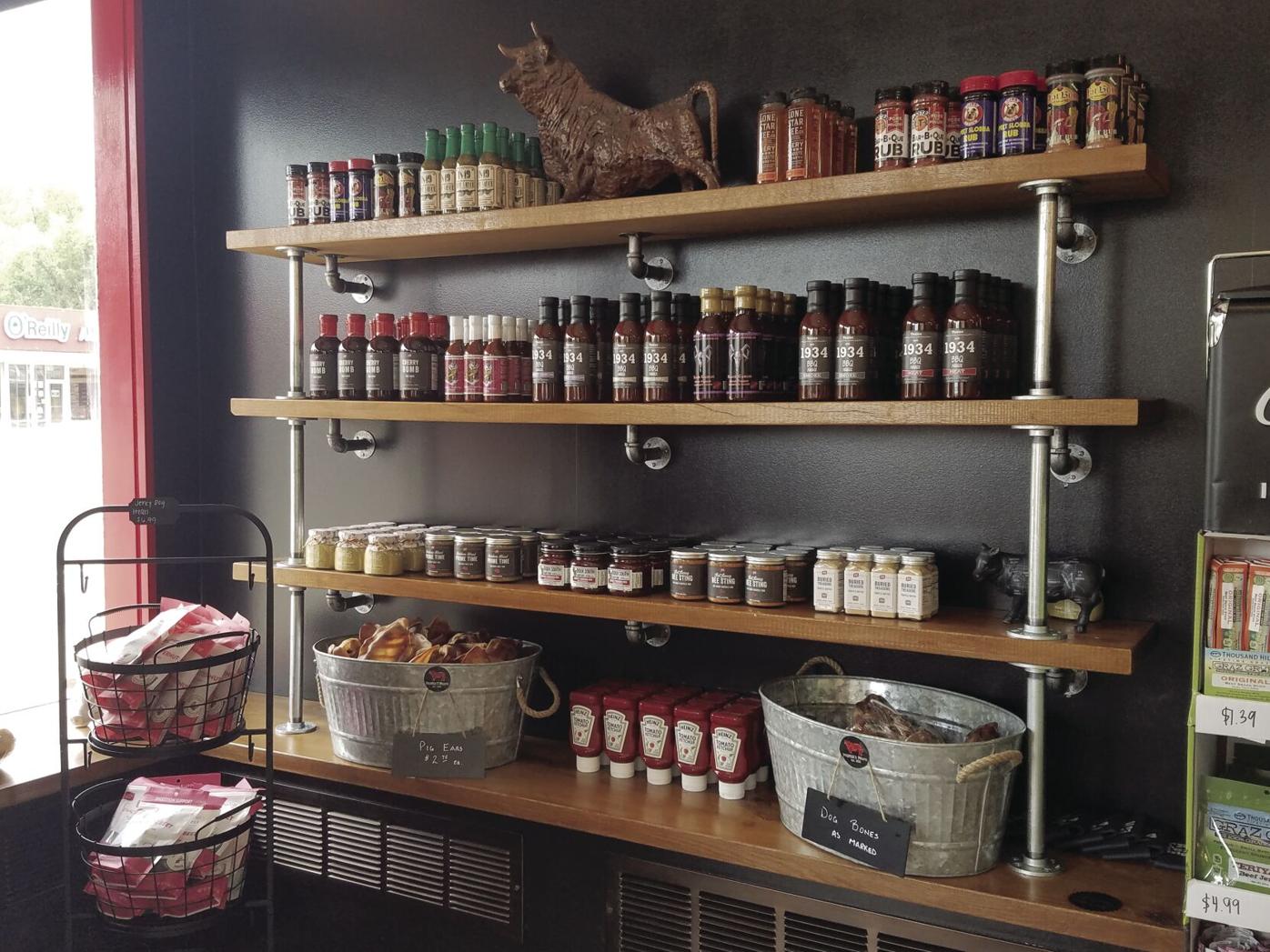 Mark and Sue Pfeffer of Minnetrista opened Pfeffer’s Meats in Navarre June 26. “We’re all about local,” says Mark. The pair have cleaved to the locavore movement and are also liable to offer a little comedy alongside the cuts they sell. (Elizabeth Hustad/Laker Pioneer)

Eight days to open: up goes the electrical wiring.

Two hours to open: three cases are filling up with inventory—thick sausages, one-and-a-half inch bone-in pork chops and a slab off the Old ‘96-er. The spicy-savory smell of pepper is heavy without stinging.

And eight weeks ago? “Not even a thought,” says Mark Pfeffer, eyes wide. His wife, Sue, laughs.

Mark and Sue Pfeffer of Minnetrista opened Pfeffer’s Meats in the old Cookie Cups location on Shoreline Drive the morning of June 26. The past eight weeks have seen the outside awning deepen from candy pink to blood red while inside a print of the Texas longhorn has gone up on the western wall and a cheeky sign (“Rub My Butt,” stenciled on a pig’s silhouette) hangs from a 600-pound butcher’s block.

Opening in Navarre was a matter of filling a need, say the Pfeffers. It was also a matter of investing in the Westonka business scene and bringing it “back to the old days, when people had fun going into places,” Mark says. “We’ve never been in the meat business at all,” he admits.

But the Pfeffers are entrepreneurs by trade and, moreover, are lifelong Tonka folks. Mark grew up in Excelsior and Sue in Minnetonka, and the two still remember when the old Navarre butcher’s shop closed, the final lock of its doors suddenly making the nearest meat market 15-20 minutes away.

Ask them why they got into the meat biz and Mark will tell you, “everybody’s happy in meat markets.” He and Sue say they also envision Pfeffer’s offering more than what you’re apt to get from a typical meat market or butcher’s shop: a little knowledge, a little comedy and a little community.

That explains the time they’ve poured into researching farming practices and meeting with farmers, an effort that led to their commitment to humanely-raised, grass-fed and locally-sourced products.

It also explains the 6-pound steak in the front counter, a chop off the Old ’96-er that John Candy and the rest of the gang from The Great Outdoors would recognize.

And it explains the market’s Sunday hours: 11 a.m. to 4 p.m. or, as Mark says, “open for the Vikings, before kickoff…and then we want to have family dinner at 5.”

“We’re trying to have this community become more vibrant, trying to bring more excitement in with some new business,” he adds.

He and Sue are now contracting with four Minnesota and Iowa farmers for their cuts after learning about how they run their farmsteads. Other prep has involved the more minute details (securing the phone number 952-473-MEAT) and the more experimental—turning bones on the home Traeger, the recipe taste-tested and approved by a Bernese Mountain dog named Buddy Pfeffer and the bounty piled into a hammered metal basket, “priced as marked.”

The Pfeffers have also contracted with Breadsmith for artisan loaves, fresh each day per Breadsmith’s policy, and stocked two coolers with retro style cream sodas, Nesbitt’s Orange and kombucha.

Lining the lefthand wall, presided over by a bull statuette, are spices and rubs with names like “Bee Sting,” “Buried Treasure” and “Cherry Bomb, brought up from Texas in a rare departure from the theme of Minnesota local but perhaps a departure well done: you just can’t get them in the northland, says Sue.

The Navarre location will be the Pfeffers’ only shop—even now, both Mark and Sue are adamant about that—but the two say growth will happen in other areas: adding two or three more vendors, supplying the meat for local raffles, sponsoring Little League teams and just generally fine-tuning the business.

Other changes will keep pace with the seasons. Pfeffer’s will turn over its stock of bacon-wrapped brats and ground beef-and-brisket to standing rib roasts and hams come fall…and then back again next grilling season.

“This will be a busy one,” says Mark, laughing before going on to say that he and Sue also plan to be on site “pretty much all the time.”

And qualms about being directly across from Lunds & Byerlys? None, says Mark, offering the good-natured challenge that “they should be afraid of us!”