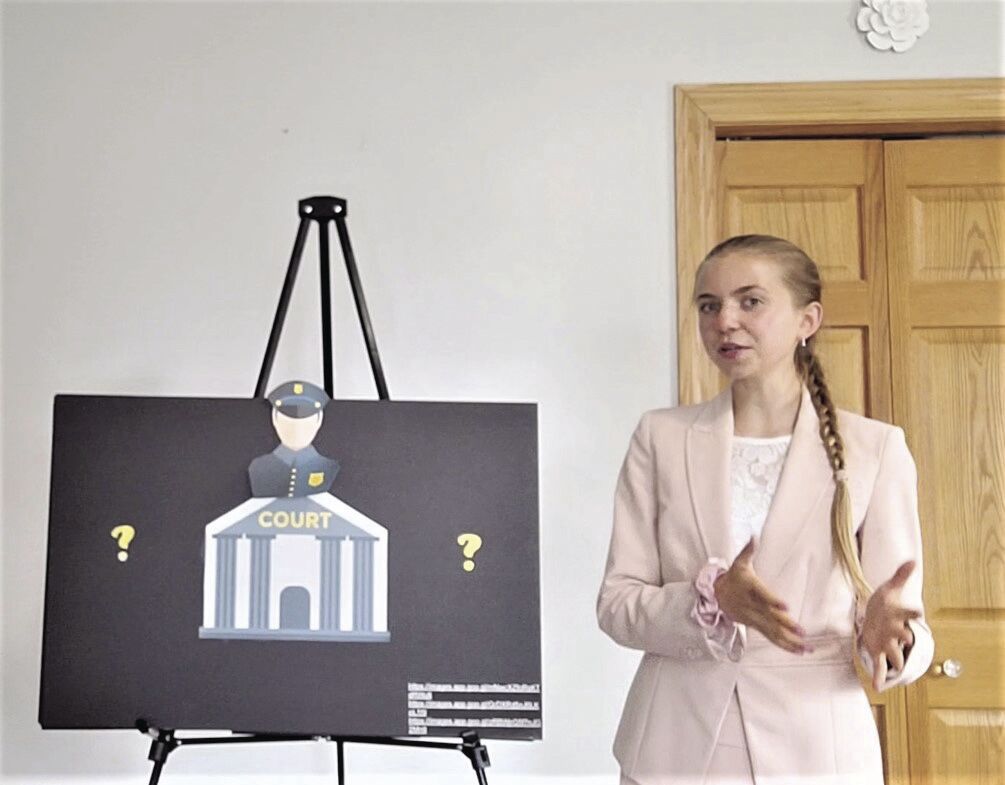 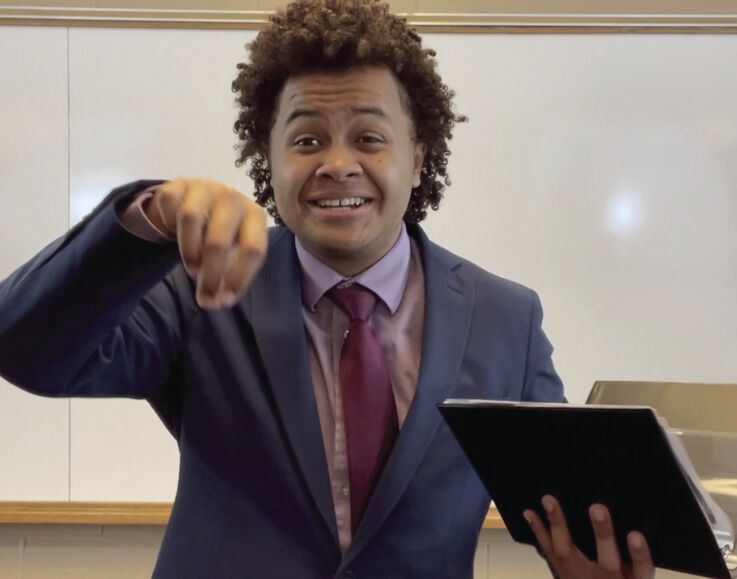 The Westonka Speech team concluded its season with it’s first-ever appearance at the National Tournament held by the National Speech Debate Association (NSDA). This multi-day tournament took place from June 7-19 and was the largest tournament Westonka’s team had ever been to. There were 1,316 schools in attendance representing all 50 states and even a couple of international schools. In total, more than 6,000 students competed in more than 8,200 events.

Senior Josh Nkhata and sophomore Ilana Andrev represented Mound Westonka High School at this final tournament. They both earned their way to this prestigious event by competing at the District tournament, which was held virtually in March. Each student earned eligibility to Nationals in a main event: Nkhata in Program Oral Interpretation (POI) and Andrev in Informative Speaking (Info). The NSDA also offers several supplemental events at its National Tournament. Nkhata entered into Original Spoken Word Poetry (OSWP), a supplemental event new to the tournament this year.

Main events had all their rounds of competition synchronously, meaning the two students competed in live rounds hosted in Zoom conference calls for POI and Info. Supplemental events competed asynchronously: Nkhata submitted a recording of his poem prior to the tournament, which was then shared with judges in every round of competition.

Having a mixture of both synchronous and asynchronous rounds of competition required a lot of coordination and communication between coaches and Westonka District staff. Head coach Rhys Jones worked with both students in the weeks prior to the start of the tournament to practice and record the videos they needed to submit. Assistant coach and team manager Megan Lhotka worked with Lindsey Rague, facility use manager, to find and reserve space at MWHS and the WAC for students to use to compete for their live rounds.

Assistant coach Katherine Kreger joined Jones and Lhotka as a judge at the tournament to help cover the three days of judging required of the Westonka team: all three coaches had to take several training courses ahead of the tournament as well. During the days of live competition, coaches would have check-ins with the students via Zoom, both before the first round of the day, as well as during the live-streaming of elimination round postings.

“NSDA was always a dream of mine and it was unfortunate that Josh and I were not able to be at the ‘live’ tournament,” said Andrev. “I thought I would be more nervous but all of the practice and preparation helped me to enjoy my rounds. I learned so much from others and saw some amazing talent. I hope to be back, in-person, next year and perhaps make it into the final rounds.”

“While I would have loved for Ilana to have advanced further, I am beyond pleased at how she did, and am very excited to know she has two more chances at this tournament over the next two seasons!” said Coach Jones.

Nkhata advanced to elimination rounds in both POI and OSWP. After making it to the top 102 in both events, he competed live twice in POI, and asynchronously once in OSWP and earned his way to the OctaFinal round of each category, or the top 60. The next day he advanced to the quarterfinals and then the semi-finals, where he reached the top 14 in the nation in both of his categories.

In NSDA National Tournament rules, a semi-finalist in a main event cannot appear in any supplemental event final round. Since Nkhata had advanced to semi-finals in POI, he could no longer advance in his OSWP. Nkhata ended up with a 10th-place overall finish in POI. As it turns out, Nkhata would have also been a finalist in OSWP had he been allowed to advance.

As a coach who newly joined the NSDA just four years ago, Jones has seen how incredibly competitive the District tournaments are each year. “Minnesota overall has some of the top speech and debate teams in the nation, and so even getting through our Districts to Nationals is a huge deal for our team,” he said.

“Josh continued to exceed expectations at every turn!” said Jones. “With 309 competitors in POI, all having earned their way to the tournament by being the best in their District, Josh is truly one of the elite young speakers across the nation.”