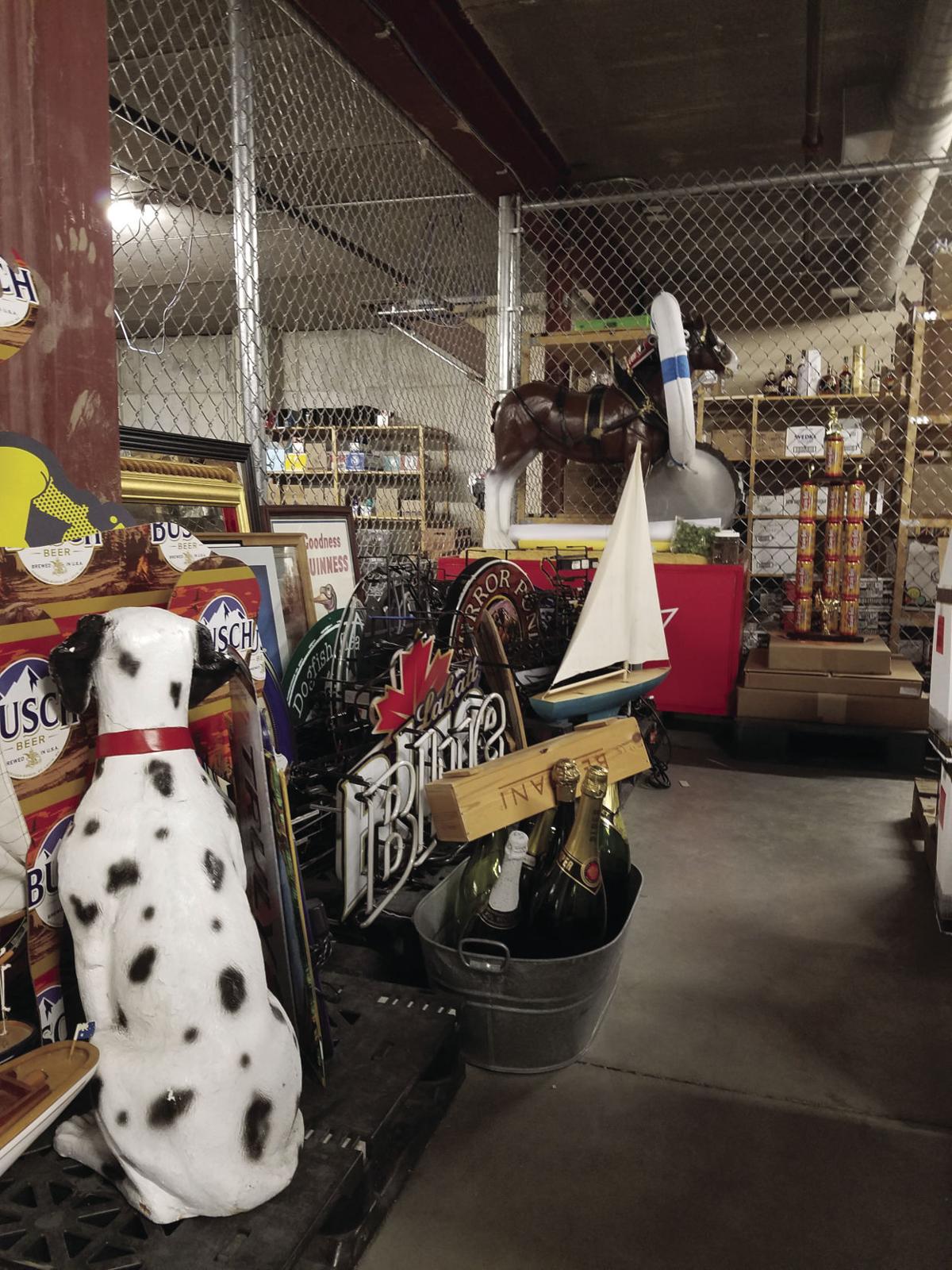 “Oh goodness, my Guinness!”The memorabilia that used to line the front of Harbor Wine & Spirits is now housed in basement storage for the remodel. (Elizabeth Hustad/Laker Pioneer) 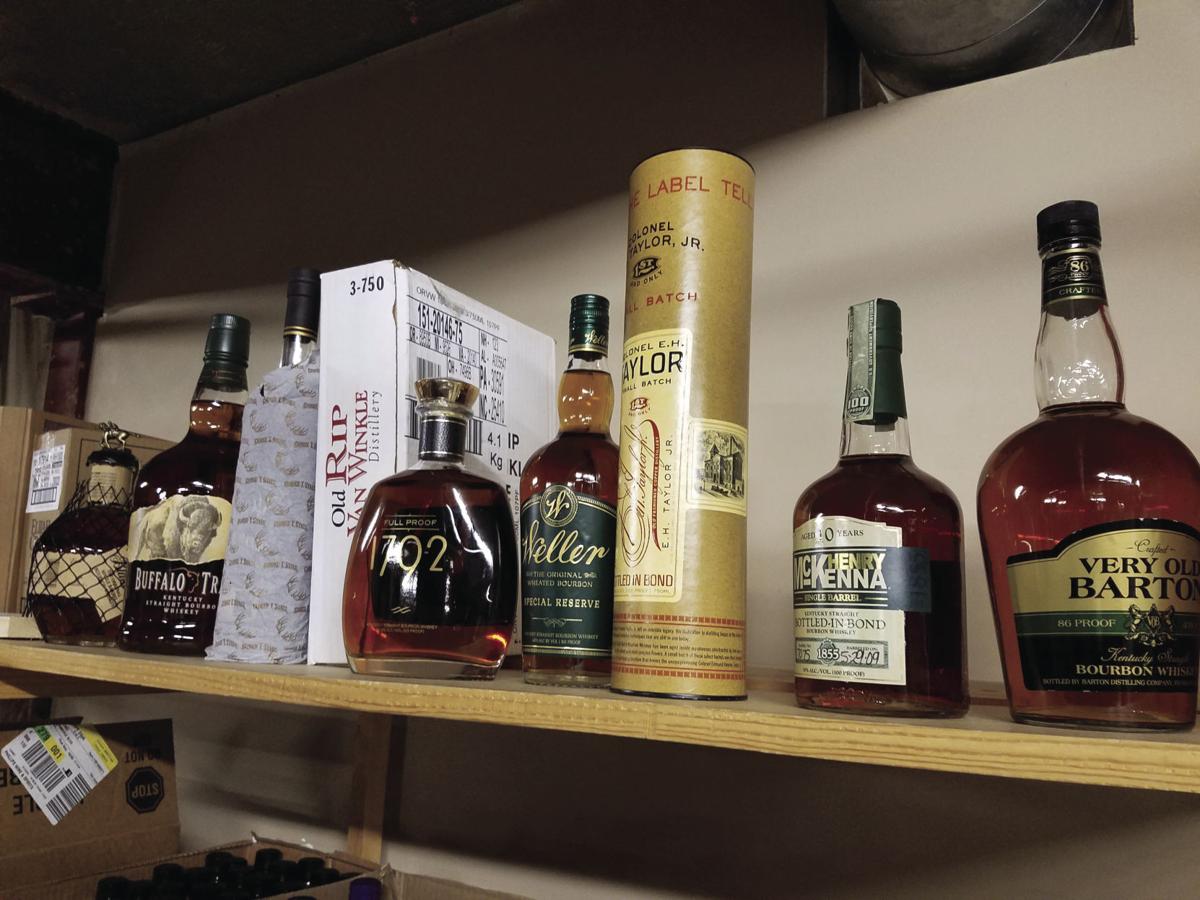 A few of the bottles for Harbor Wine & Spirit’s first bourbon raffle are being kept under lock and key in the store’s basement. The raffle will be part of Harbor’s grand reopening Feb. 29. (Elizabeth Hustad/Laker Pioneer)

“Oh goodness, my Guinness!”The memorabilia that used to line the front of Harbor Wine & Spirits is now housed in basement storage for the remodel. (Elizabeth Hustad/Laker Pioneer)

A few of the bottles for Harbor Wine & Spirit’s first bourbon raffle are being kept under lock and key in the store’s basement. The raffle will be part of Harbor’s grand reopening Feb. 29. (Elizabeth Hustad/Laker Pioneer)

Whiskey or rum aged 16 years is a delightful thing but maybe not so much for the shelves that make up that top shelf.

Mound’s municipal liquor store, Harbor Wine & Spirits, is getting a face lift after 16 years at its current Commerce Boulevard location.

Staff have already taken down and cleaned certain branded memorabilia: Captain Morgan hasn’t turned three sheets to the wind but has only sailed off to temporary storage, and the coveted Superbowl LII sign leans against some boxes in Harbor’s basement.

The carpeting is getting ripped out, vinyl planks laid down and the old horseshoe counter cut into three and shaped anew, but it’s the store’s layout that manager Ron Gust said he’ll be playing with most and which will finally consolidate Harbor’s edge in the liquor business: craft beer.

“We’re a destination craft beer store. People come quite a ways because we have a huge variety that nobody else has close to us,” said Gust.

Smaller liquor stores, both municipally and privately owned, take on the mixed tastes of their staff and customer base and often develop a niche over time, firming up relationships with certain distilleries or breweries and stocking more options in gins, whiskeys or rums than the store one city over, which may do the same in a different category.

Gust has been with Harbor Wine & Spirits since 2003 after he sold his share in a German restaurant in Montrose, Minn. and has seen firsthand the explosion of craft beer and the rising popularity of formerly fringe items like sours and alcoholic seltzers.

The store gets between two and 25 new beers every week, many of them limited release. “Some of them might be here as one case and they’ll be gone,” said Gust. “But people are looking for it.”

The craft scene has given Harbor its edge in the beer market, but the sheer volume of those weekly shipments has provided its own challenge: “It makes it almost impossible to manage!” joked Gust.

After Harbor reopens Feb. 13, the new layout will reflect the store’s commitment to its customers’ demands: at the far right will be craft beer’s own section in the offset space currently housing wine. The beer has been scattered to almost all points of the store before now.

Two weeks after the initial reopening, when the store hosts its grand reopening Feb. 29, Harbor will also host its first bourbon raffle and yes, there will be Blanton’s, there will be Old Rip Van Winkle, there will be George T. Stagg. There will also be bottles that are not necessarily expensive but that are hard to find here in the Twin Cities, like Eagle Rare.

For those few times a Blanton’s or Stagg lands at a store, most managers or owners do exactly what Gust has always done: call up the best customers they know will appreciate it.

But for the reopening Gust said he wanted to expand the opportunity, and a line-up of the different bottles for the lottery will be on display the week beforehand. The only requirement is to register day of and be present come 6 p.m. when the lottery starts.

While the changes inside Harbor have ‘til now allowed the store to remain open - despite the “Open” sign being the only sign to break during the dismantling phase - the full remodel will necessitate closing Feb. 10-12. Adjusted hours going into that rework will start Sunday, Feb. 9: