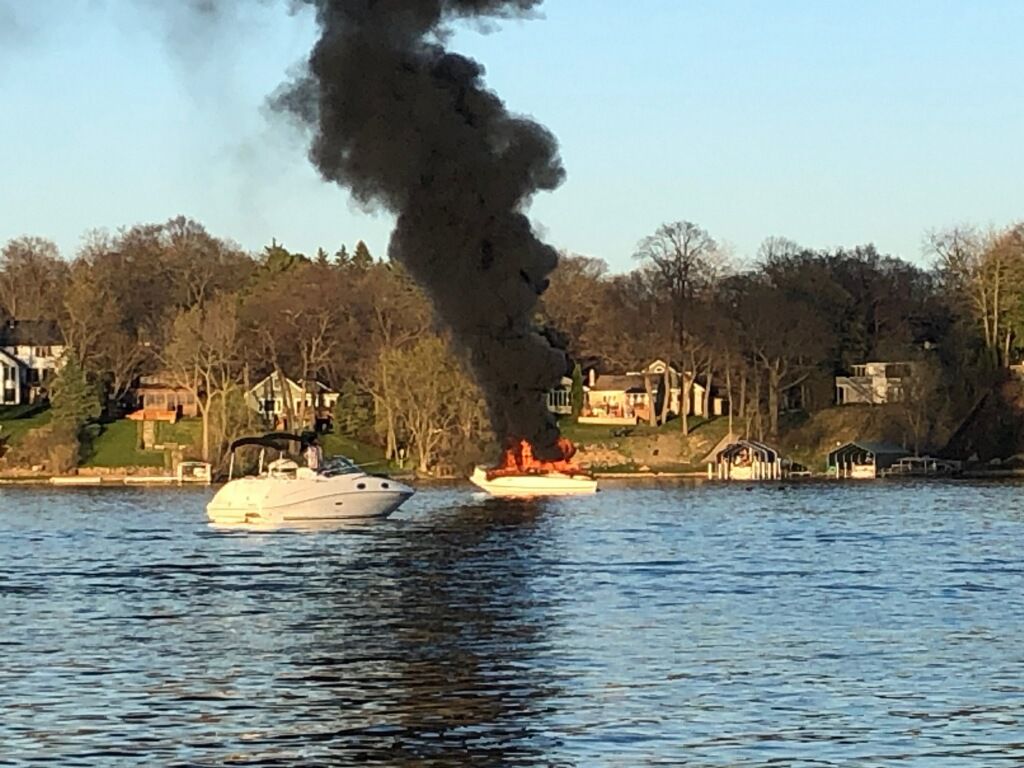 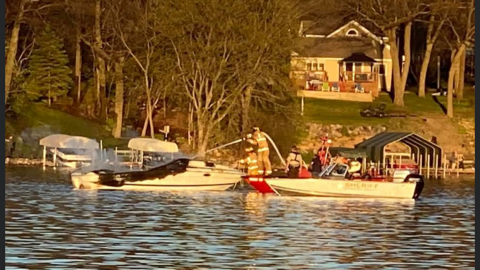 A boat fire on Lake Minnetonka’s Forest Lake Bay in Mound injured one man the evening of April 30.

The cause of the fire is still under investigation, said John Hall, assistant chief for Long Lake Fire Department. Long Lake is the primary service provider for Black Forest Bay and received the call at 7:28 p.m.

Response to the fire was a tandem effort between the Long Lake and Mound fire departments and Hennepin County Water Patrol. A lieutenant for LLFD was first to the scene with MFD the first to arrive with apparatus at 7:38 p.m., eight minutes after being called in as mutual aid.

The boat was engulfed in flame out on the bay when firefighters made it to the scene and is expected to be a total loss, said Mound Fire Chief Greg Pederson in an email.

Boat fires on Lake Minnetonka number just one or two a year, said Hall. “It’s not uncommon, but it’s not common at the same time,” he said, saying that for the amount of boat traffic the lake sees, these fires are fairly infrequent.

Hall cautioned boaters to vent out their engine compartments before use, even if the boats have just been sitting in the bay for a while. “Those fumes that are inside your engine compartment could start to build up and could cause a fire so we highly recommend to use a blower on your boat for everyone’s safety.”