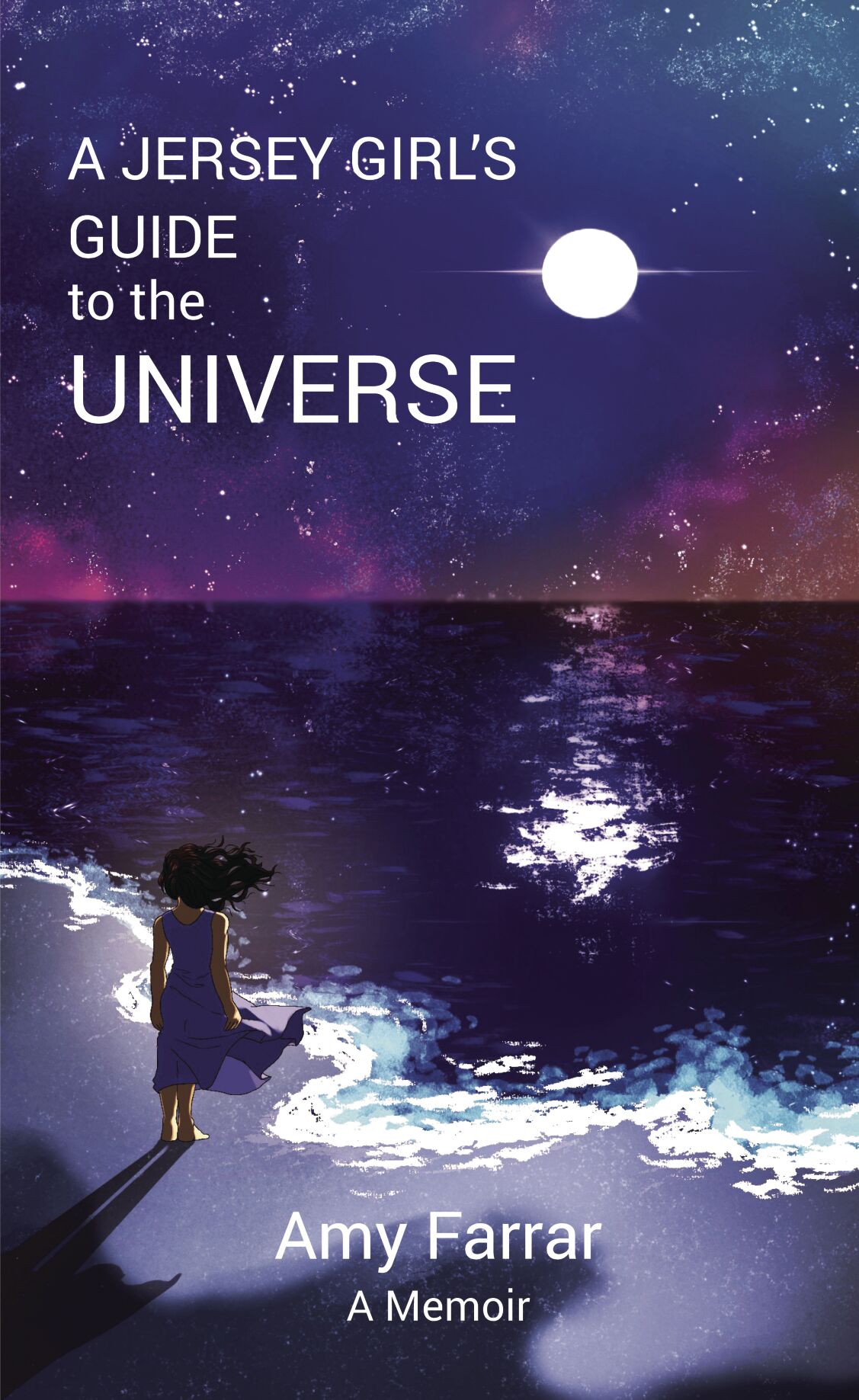 Amy Farrar is a freelance writer and editor based in Mound. Her most recent book, A Jersey Girl’s Guide to the Universe, is a memoir that details a life lived “with one foot on terra firma and another in some other dimension.” (Anistasiya Bannie/Submitted photo; book cover design by Emma Corazzo) 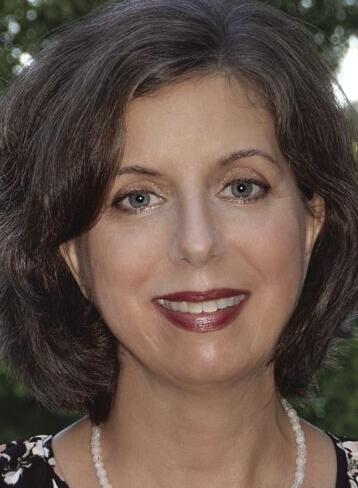 Amy Farrar lays it down from the start. “I grew up in Grovers Mill, New Jersey, which is where the Martians landed.” Her tone is comic but its pith is hardened by real belief.

Farrar is a freelance writer and editor based in Mound, and she published her memoir, A Jersey Girl’s Guide to the Universe, in October. As a self-described clairaudient who says she’s had a personal encounter with extraterrestrials, an out of body experience and numerous glimpses of what she says have been UFOs, Farrar doesn’t short the irony of being born in the town where Orson Welles had broadcast The War of the Worlds 82 years ago.

In Jersey Girl, Farrar recounts her life from the perspective of someone who has lived “with one foot on terra firma and another in some other dimension.”

Farrar grew up in an alcoholic family and later went though an abusive relationship before she was able to reinvent herself and moved to Minnesota, her sister’s suggestion, during the squally winter of 1995.

“I felt like Mary Tyler Moore!” she said of living in her 1920s-style Minneapolis fourplex, pursuing her new career as a freelancer and having just met her now husband. “I was given a whole new clean slate on life.”

Farrar moved to Mound two years later and it was here where those encounters with the paranormal, experienced since girlhood, accelerated, she said.

UFOs over Lake Minnetonka, a red sky and flickering clouds one Christmas Eve and three ETs at her Mound home—which prompted her to bring in the Mutual UFO Network to investigate—are a few of her most recent encounters.

Farrar said she has also experienced “precognitive” or “lucid” dreaming, but that most of her experiences have been auditory.

“I once heard my deceased father joking with [my daughter] Emma when she was about two years old when I was in another room,” she said. Multiple other instances of disembodied voices have graced her life, she said, and have also helped her to prove her sanity to herself.

“I know I’m not crazy.” That bit of humor returns once more to her tongue. “When I hear things it’s almost like I’m a channel because other people can hear them when they’re around me […] it’s not just something that we hear in our heads, it’s a literal auditory sound that they hear.”

“This is more of a regular thing in real life than most people think it is,” she continues. “I don’t consider myself an oddball of any sort. I’m kind of a level-headed person.”

A Jersey Girl’s Guide to the Universe isn’t just about Farrar’s encounters with the unexplained. Her book derives its name from Douglas Adams’ sci-fi behemoth and like Arthur Dent, Farrar peels back the onion skins around the “Ultimate Question of Life, the Universe, and Everything.”

“The book is a lot of different things,” said Farrar, who said this guided her decision to self-publish. “One of the reasons I didn’t go with a traditional publisher is that most of these publishers make you hyper focus on one thing or another and I felt that telling the entire story was really important.”

Within that story is her time at the helm of the now-shuttered New Egypt Press and making warrant officer with the USAF’s Civil Air Patrol, landing an airplane solo.

Farrar said she also wrote Jersey Girl as a kind of resource for those who have experienced similar trauma as she had, whether substance abuse in the family or an abusive relationship.

“There really seems to be some connection between people that are dealing with trauma of that sort and having paranormal, UFO-related experiences. It’s almost like [the trauma] opens your psyche up to being more receptive to that sort of thing,” said Farrar.

In all of this, Farrar said she’s taken to heart two lessons: that “when we die, we don’t cease to exist” and that “we aren’t the only life in the universe.”

A Jersey Girl’s Guide to the Universe, 184 pages, is now available in both ebook and paperback formats through Amazon.com. Amy Farrar can be found at www.writeandedit.net.