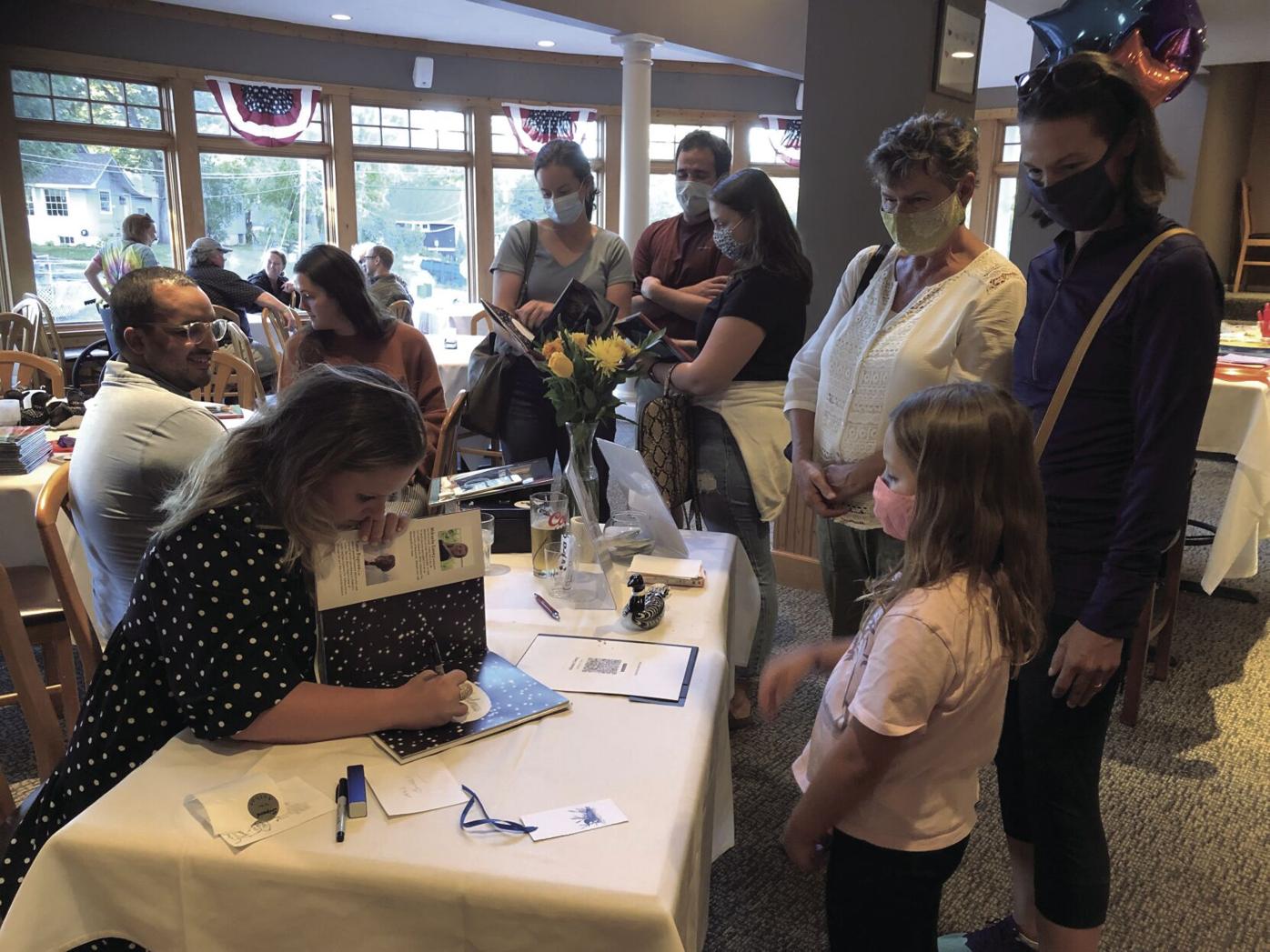 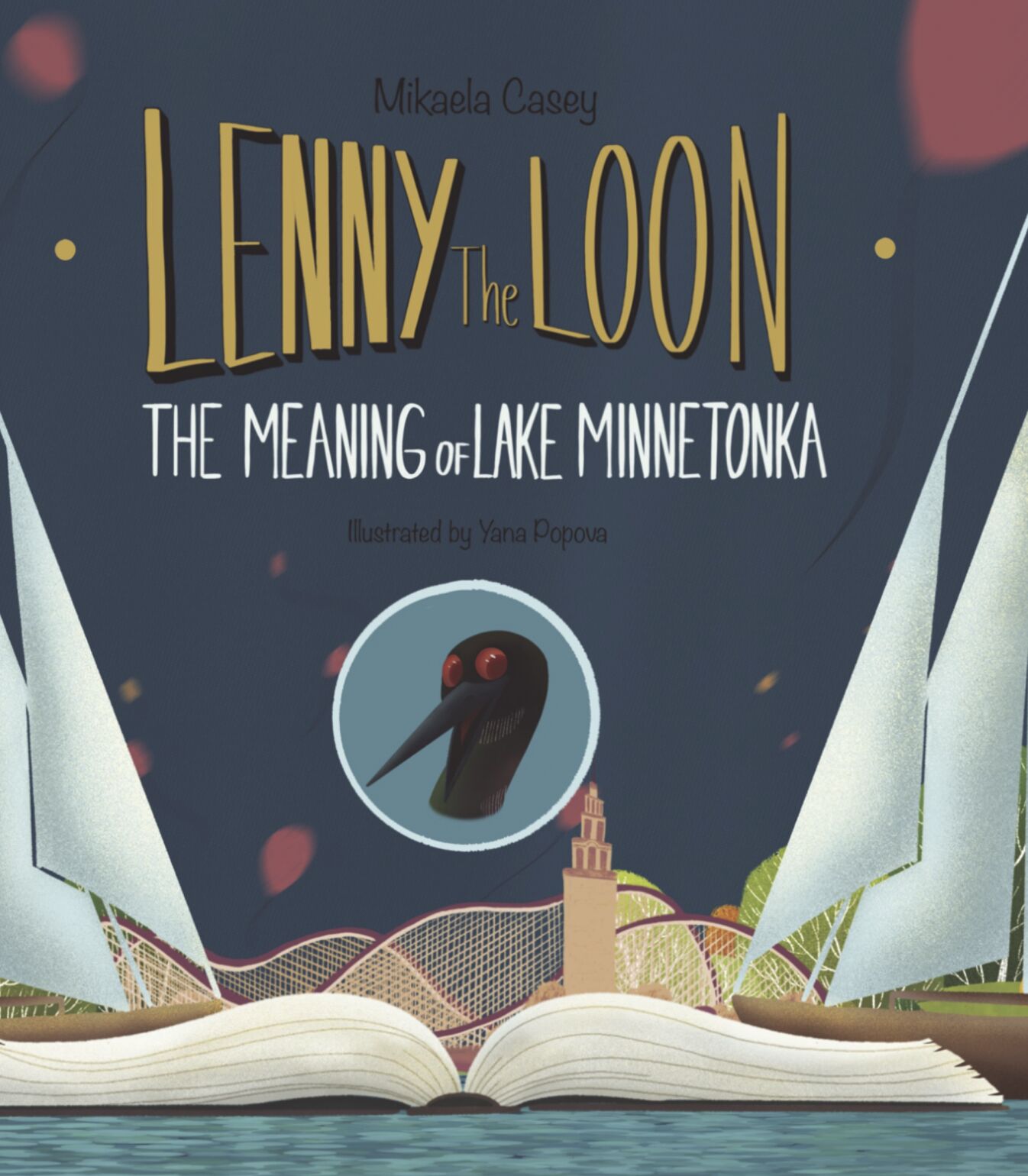 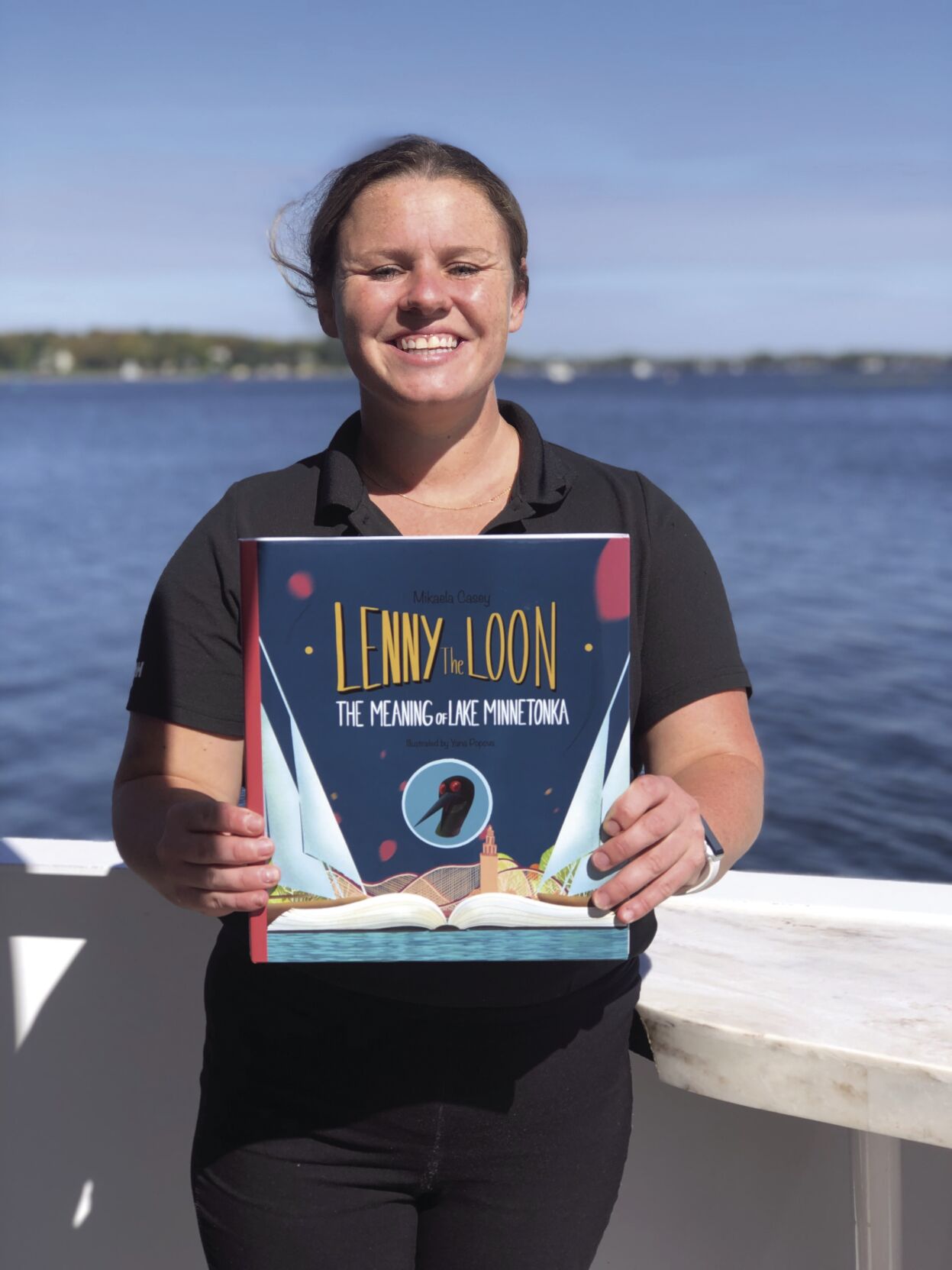 A near bump on the head, a change to old timey color and Lenny the Loon and Wally the Walleye are headed back in time to an era when the 300-foot Bell of Lake Minnetonka reined the waters and a Ferris wheel turned on Big Island.

Lenny the Loon: The Meaning of Lake Minnetonka is the third in a series by 2008 Mound Westonka alum Mikaela Casey.

“It’s all about how we’re making our own history here on the lake,” said Casey. “But it’s just fun to learn about the old stuff, too.”

Casey released her first book, Lenny the Loon: An Adventure on Lake Minnetonka, in 2018 and followed up with Lenny the Loon: A Tour of the Twin Cities a year later. The series has sold more than 8,000 copies.

The new release, which came out end of September, takes Lenny and Wally on a historical tour of their favorite lake in a quest to find the meaning of Lake Minnetonka.

“Lenny the Loon and Wally the Walleye are on Lake Minnetonka, and they almost get hit by a strange boat; they swim underneath it and they pop up and it’s the [Steamship] Minnehaha,” said Casey. It’s at that point that London artist Yana Popova’s illustrations take on the tint of age and the story hurtles to the past.

Casey worked with the Lake Minnetonka Historical Society to fact check the details of her work, which includes the Minnetonka Yacht Club; the old amusement park on Orono’s Big Island and the passenger boat, the Bell of Lake Minnetonka.

Casey compared the new release with her first Lenny the Loon book, a book that also tours the lake but from the vantage of the present day. “The first one is modern day; everything that’s in the first book is things you’ll see on the lake today and kind of celebrating our lake in today’s day and age—you know, Lord Fletcher’s and Maynard’s and all these awesome things you can do on the lake, Al & Alma’s and everything—versus this one is kind of taking appreciation for the past and everything our lake went through to become what it is today.”

But The Meaning of Lake Minnetonka wasn’t quite what Casey had in mind for her next project, though the idea for it was planted since she first launched the series.

The first draft of the book was put together in about a week after a different project fell through during the pandemic, said Casey, who had been working on a book that took Lenny to the forthcoming National Loon Center that was to open in Crosslake last spring but which has delayed its opening to 2023.

“I don’t necessarily want to come out with this National Loon Center book next if there is no National Loon Center,” she said. Casey said she still intends to write a book with the Loon Center in future but also has eyes on taking Lenny and Wally on the quintessential Minnesota weekend trip to Duluth.

“I’m passionate about where I live,” said Casey, who said she enjoys writing about the places here in Minnesota, whether her hometown of Mound or her current city of Minneapolis. “It’s just fun. And it’s a sense of escapism where I leave our current world and go into this little Lenny the Loon world, which is a lot of fun.”

And Casey’s thoughts on her newest book? “The first one’s near and dear to my heart, but it’s my favorite one yet I have to say.”

Signed copies of Lenny the Loon: The Meaning of Lake Minnetonka can be purchased directly from Mikaela Casey at lennytheloon.com. The book can also be found at Excelsior Bay Books, Kowalski’s in Excelsior, Minnesota Makers in Excelsior, Spring Park Pharmacy and Barnes & Noble Minnetonka-Ridgedale.