Log In Sign Up
You have permission to edit this article.
Edit
Girlfriends Home
Current & Back Issues
Featured Stories
Contac/Advertise With Us
HometownSource.com
Publications
1 of 3 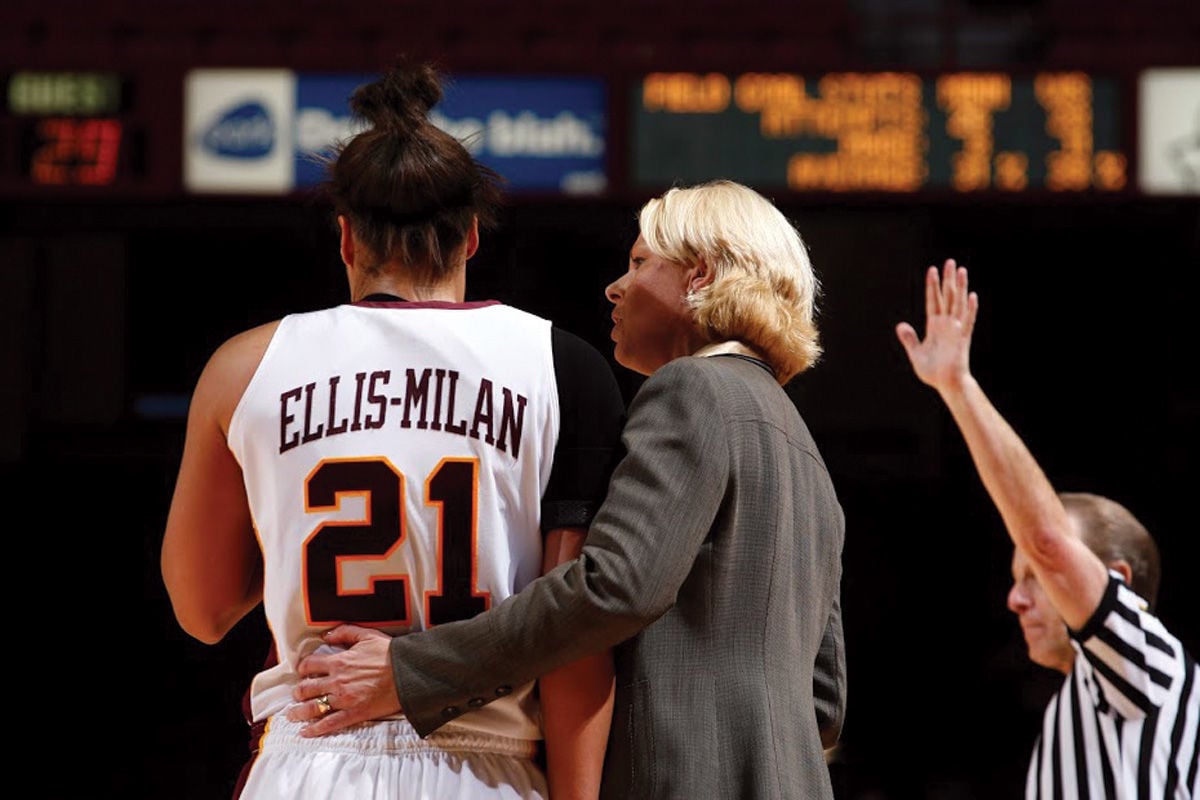 Pam Borton, head women’s basketball coach at the University of Minnesota from 2002-14, now is a personal and executive coach. (Submitted photo) 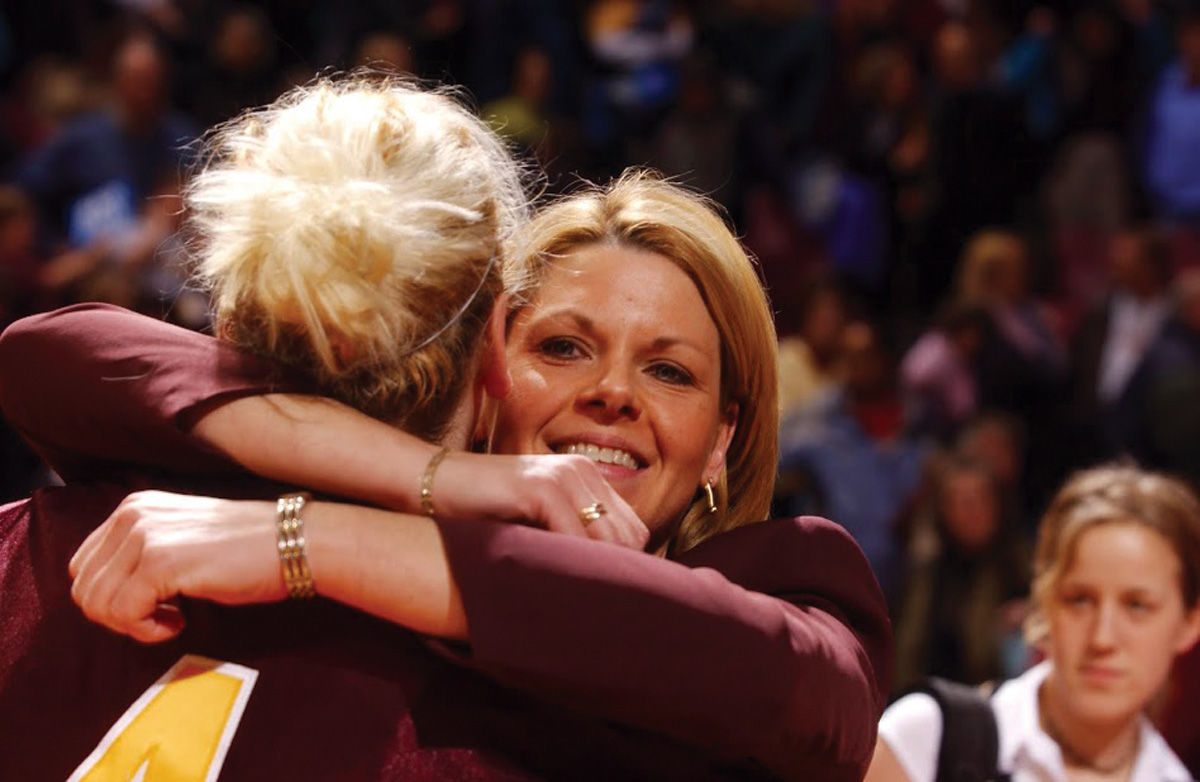 Mentoring and encouraging players is part of a basketball coach’s job. (Submitted photo) 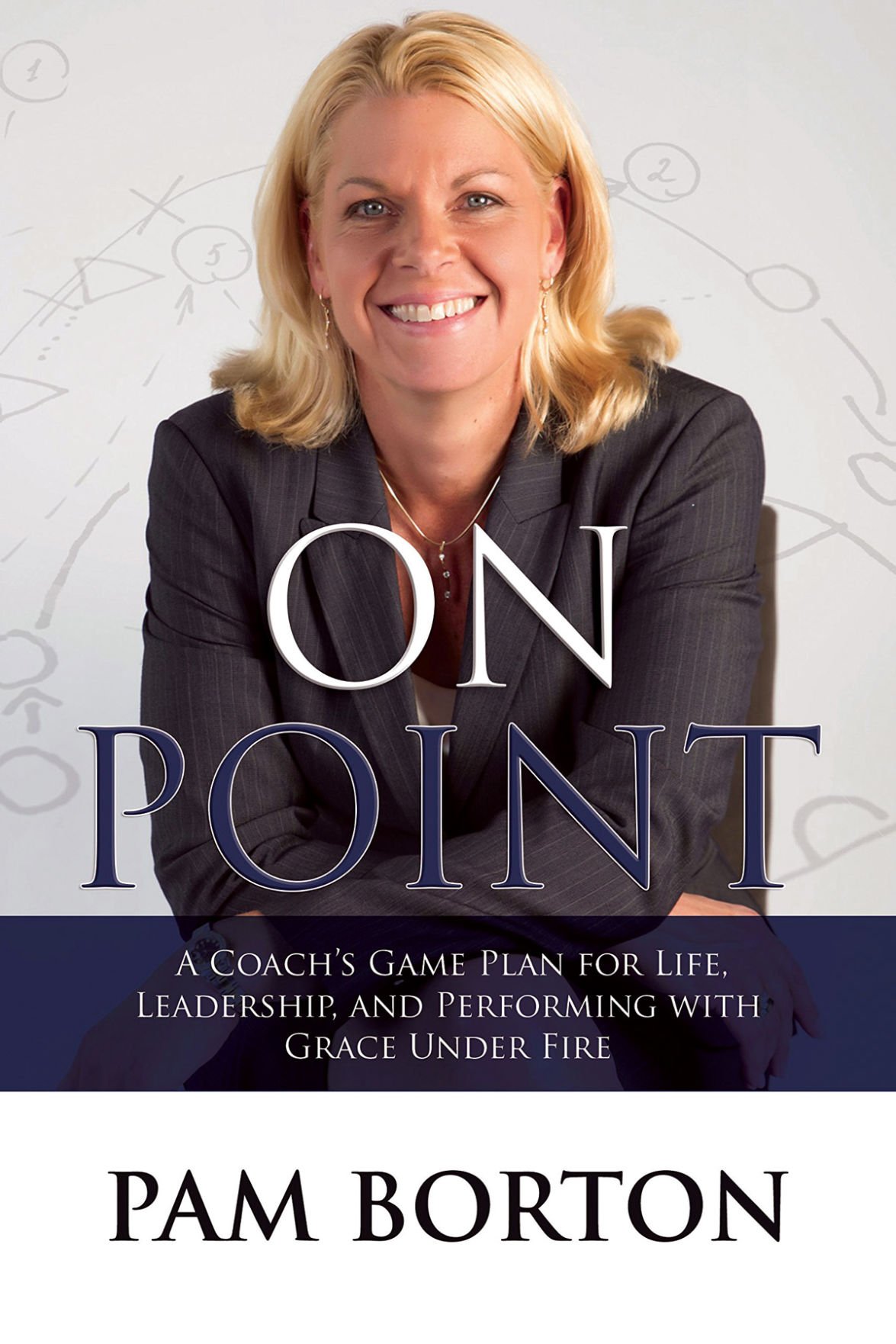 “On Point” is the title of Pam Borton’s book, which she calls “a game plan for leadership, life and grace under fire.” (Submitted photo)

Pam Borton, head women’s basketball coach at the University of Minnesota from 2002-14, now is a personal and executive coach. (Submitted photo)

Mentoring and encouraging players is part of a basketball coach’s job. (Submitted photo)

“On Point” is the title of Pam Borton’s book, which she calls “a game plan for leadership, life and grace under fire.” (Submitted photo)

Pam Borton knows all about being a mentor and role model.

“You’re always a mentor and role model when you coach college basketball,” she said. “It’s one of the most important goals: to set an example, to develop young women into becoming powerful, battle-tested. It’s just what I did.”

By the time she left the University of Minnesota, Borton said, “It was in my DNA to help people be successful, to share my knowledge and experience. It has become natural. I feel very obligated to help others.”

Borton grew up playing high school basketball in Ohio. She played basketball at Defiance College in Defiance, Ohio as well.

“I learned a lot about leadership from my parents, from other coaches in the industry, and from others outside the industry,” she said. “I had more than one mentor – men, females and coaches.”

“Every person gave me something different,” she said. “It depends on what you’re looking for and what you need.”

In her role as a mentor, she emphasized character and quality, and she encouraged and supported her players, all the while challenging people to do better and be better, she said.

“You need to be that person who says things they need to hear, the good and the not-so-good,” Borton said. “With the hundreds of women I coached, I hope I’ve instilled them with the importance of work ethic, confidence, resilience and integrity.”

Lindsay Whalen, the new head women’s basketball coach at the University of Minnesota, was already on the Gophers women’s basketball team when Borton took over in 2002, and they worked together for two years. They’re still in frequent contact, Borton said.

“Lindsay is a fierce competitor and is a winner,” Borton said. “The most important quality that Lindsay has is she is a better person than a basketball player. And that says a lot. My strongest memory is how she makes others around her feel special. That is a gift most people don’t have. From her teammates to the last person on the bench, to the manager, officials and to the south guys.  Everyone is valued and feels important. That’s a gift.”

After 27 years as a successful coach, Borton said, “I learned so much. I’m still the same person, but in a different arena. When I got away from sports, it opened my eyes to the bigger world. It’s taken the blinders off.”

Since leaving coaching, Borton has become a personal and executive coach. In 2014, she co-founded a St. Louis Park-based executive coaching and consulting business called Pam Borton Partners, along with Aimee Cohen and Sara Lebens. Now, she works with corporate people to help them become more effective and efficient leaders.

“The sports industry is high pressure, but no matter what industry you talk about, people are looking for ways to be successful, to navigate stress and to develop high-performance teams,” Borton said. “They’re looking for leadership behavior and characteristics.”

She now works both one-on-one, and with teams.

In 2011, she co-founded a non-profit in the Twin Cities called TeamWomenMN. The women’s organization is focused on professional development, mentoring programs, networking and empowering women.

The idea for the non-profit emerged after Borton was invited to be the keynote speaker for the Women in Business Awards Luncheon sponsored by the Minneapolis/St. Paul Business Journal, honoring 50 top women executives.

Also in 2014, she founded Empower Leadership Academy for Girls in grades 5-12. The mission is to develop, inspire, and promote leadership for the next generation.

Empower offers full- and half-day Leadership Academies for organizations, one-on-one coaching for young girls, and leadership development for teams. All of its interactive programs are grounded in four pillars of empowerment: Leadership, Confidence, Resilience and Well-being.

Leadership: Every girl has the ability to lead. By discovering their strengths and values, girls develop leadership skills that can be used across any setting.

Confidence: Leadership requires confidence. The academies show girls how to use positive self-talk to focus on their strengths to develop this crucial trait.

Resilience: Leaders bounce back after tough times and courageously face future challenges. Girls are taught how to be resilient and brave so they can tackle obstacles with confidence.

Well-being: Every girl is a whole person whose mind, body and spirt are all connected. Girls learn about mindfulness, movement, building healthy relationships and contributing to their community – all essential to wellbeing.

Eighteen months ago, Borton released her book on leadership, titled “On Point.”

“I never planned to write a book, but I was encouraged to write one to share my experiences as a coach,” she said. “The book is about a game plan for leadership, life and grace under fire.”

“Mentoring shouldn’t be work,” Borton said. “It’s as rewarding as is the giving. I get so much from being a mentor. It’s so rewarding, so fulfilling. I get more than I give.”

“As a mentor, you hope to inspire and to empower others, to give them confidence to do whatever they want to do. My energy comes from mentoring. I never consider it work. It’s so much fun.”

Borton said she enjoys a variety of activities in her down time, including working out, exercising, cooking, long walks and traveling.

She and her partner of 20 years live in Pennsylvania, along with their two puppies. Borton comes to Minneapolis every other week, she said. Her parents and siblings still live in Ohio.

According to an internet website, Borton’s career as head Gophers coach resulted in a regular game season record of 236-152 and a 305-198 total games career coaching record.

Previously, Borton was the head coach at the University of Vermont from 1993 to 1997 and was an assistant at Boston College from 1998 to 2002, where she served as associate head coach for her last two seasons.

Borton led Minnesota to its first Final Four appearance in 2004 and she led the team to six NCAA appearances and three straight Sweet 16 appearances.

“In 2014, influential community and campus leaders raised over $100,000 for an endowment in Pam Borton’s name,” the website said. “This endowment is housed in the College of Education and Human Development at the Tucker Center to promote leadership for women and girls in a sport context. It’s the only endowment of its kind in the world.”