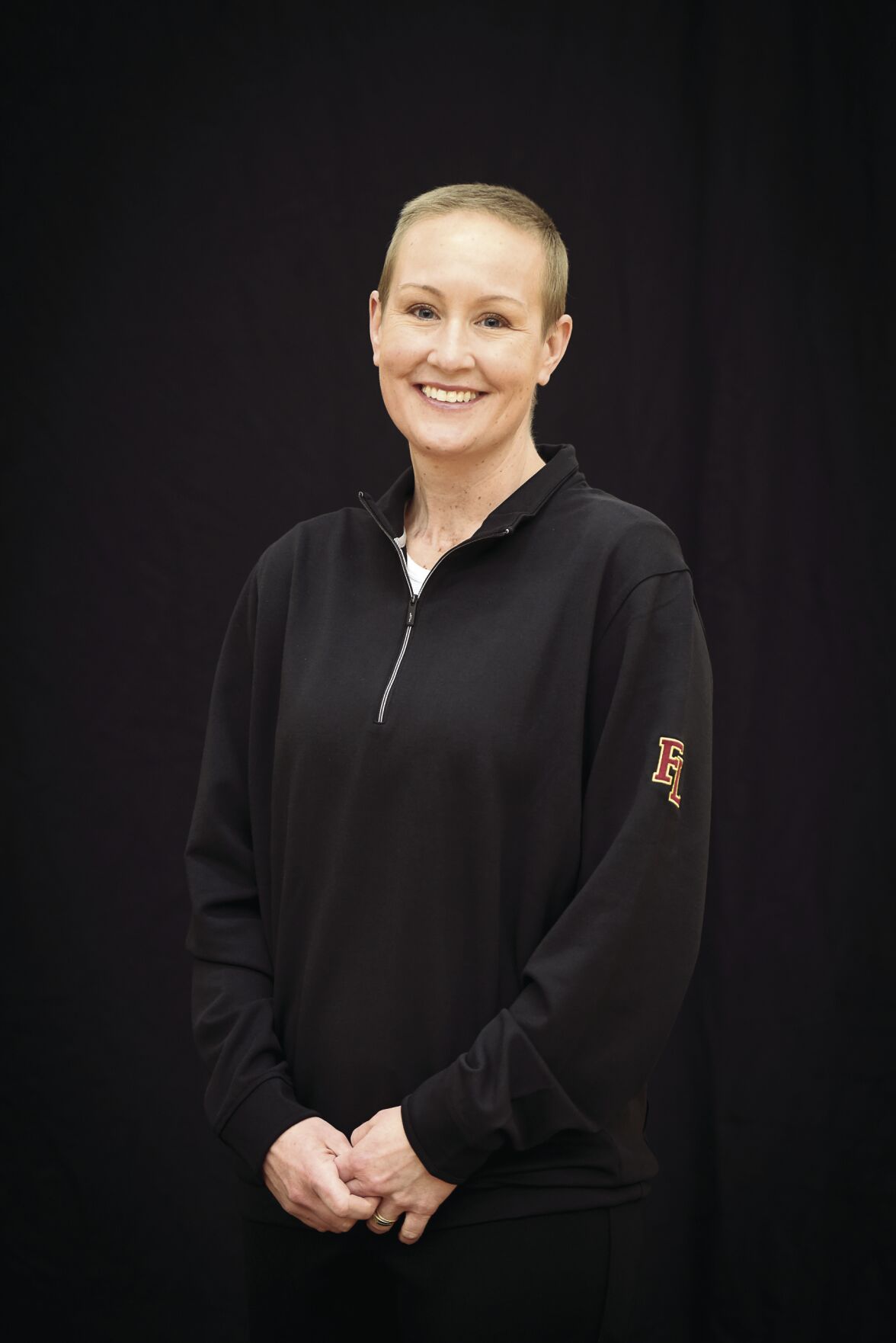 In 16 seasons as head coach, Jennifer Wagner led the Forest Lake girls basketball team to a 242-202 record and three of the program’s five state tournament appearances. 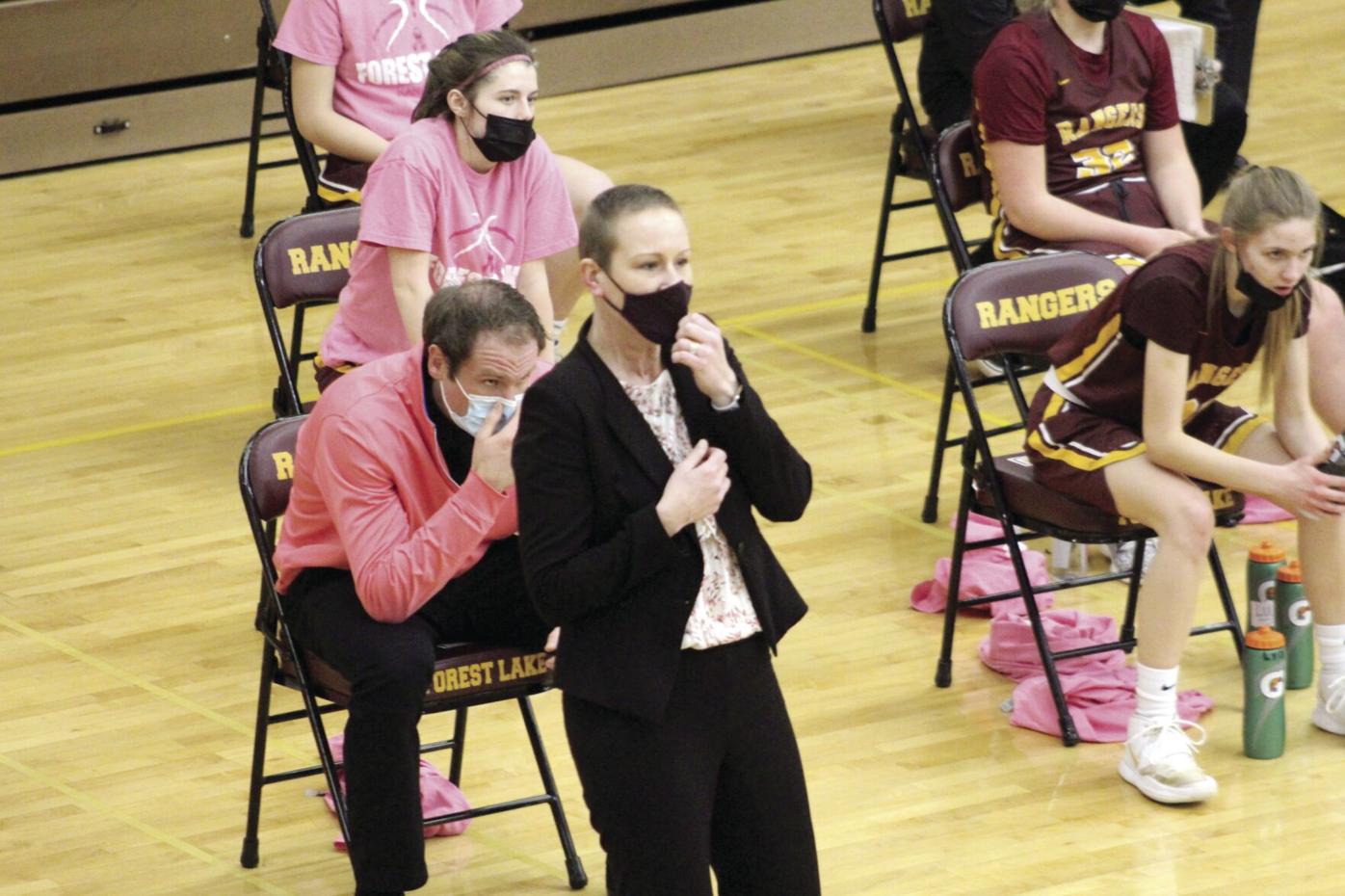 Jennifer Wagner fought through cancer treatments to lead the Rangers to a 17-4 record and the Class 4A Section 7 tournament title this past season. 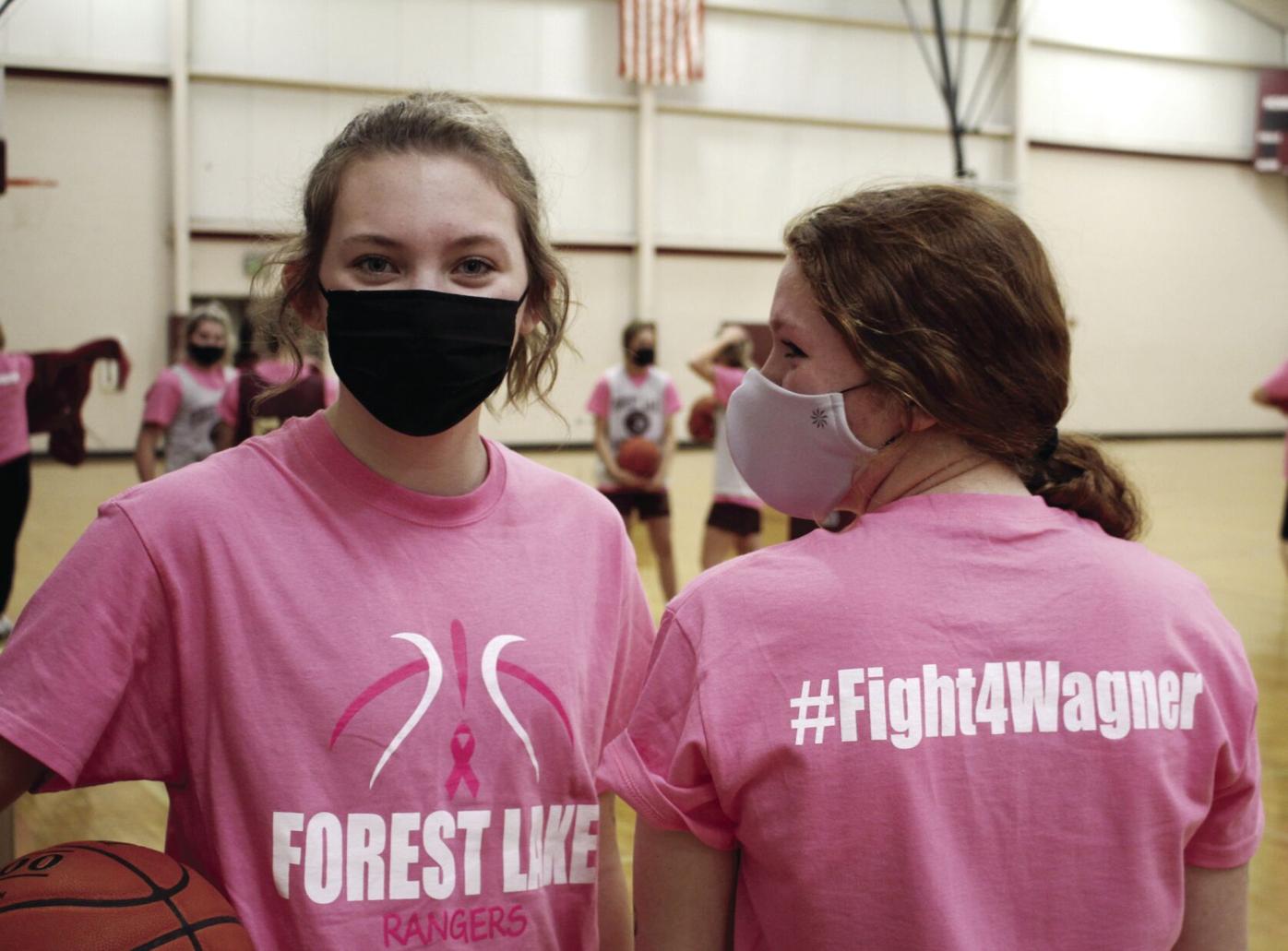 In 16 seasons as head coach, Jennifer Wagner led the Forest Lake girls basketball team to a 242-202 record and three of the program’s five state tournament appearances.

Jennifer Wagner fought through cancer treatments to lead the Rangers to a 17-4 record and the Class 4A Section 7 tournament title this past season.

When Jennifer Wagner took over as Forest Lake girls basketball coach before the 2005-06 season, she made a checklist of things she wanted to accomplish in that position.

“There were things most fans wouldn’t think of, like having two traveling youth teams so the youth program is growing, or having summer camps that are filled with kids – or just having a freshman, JV and varsity team each season,” Wagner said. “They seem minimal now, but they helped build a program.

“I also wrote down that I wanted to have a 20-win season. And I remembered thinking, ‘How is that ever going to happen?’ It felt like a stretch 16 years ago.”

That is because Wagner took over a program that had gone winless in Suburban East Conference play a year before her arrival. Now those goals seem routine for one of the top girls basketball programs in the area, a program that had advanced to the state tournament in three of the past four seasons and won 20 or more games four times in the past nine years.

Earlier this month Wagner announced that she would be stepping down as Forest Lake girls basketball coach after 16 seasons, having led the program to a 242-202 record in that period as well as three of the program’s five state tournament appearances.

“I know it was a hard decision for her, because she has been doing it for so long,” said senior Logan Anderson, one of the captains of this year’s team. “And I know it is hard for the girls that are still in the program – it’s a little easier for me, because I know I’m done playing basketball. But we know she has three kids of her own, and they are just starting in [high school] sports. It was tough.”

Lulu Pekron, the team’s other captain, agreed and added, “I wasn’t surprised, but I was bummed that future players aren’t going to be able to work with her and learn from her, because she’s such a great coach.”

There was one other item on that list Wagner made when she took over at Forest Lake. And that particular item stuck in her mind — and her craw — for a long time.

Forest Lake had advanced to the state girls basketball tournament just two times before Wagner’s arrival, the last coming in 2001. She inherited a team that went 6-21 the previous year and instantly improved to 10-17, then made an improbable run to the section final in 2007 before losing.

Then the Rangers started winning, earning 16 victories in back-to-back seasons, and advancing to the Class 4A Section 7 final in both 2013 and ’14, but lost both times. Then Forest Lake finally broke through, winning the section title in 2018.

“The first time we made it state, I got my medal, and then I looked at the girls – and they were all jumping around and cheering,” Wagner said. “It wasn’t about the girls on that team: It was the girls before them, who set the foundation of our program in terms of the work ethic we expect and the values we hold. Winning sections for the first time was an amazing feeling.”

The Rangers returned to the state tournament in 2019 and won twice in the consolation portion to finish fifth while setting a school record with 26 victories. Wagner said all of those victories and titles have given her a treasure trove of memories.

But she also remembers all of the fun times with coaches and with players.

“I remember we were at Duluth for a tournament once,” Wagner said. “That morning one of the girls woke up and saw Lake Superior for the first time. And she blurted out, ‘What ocean is that?’”

This past season Wagner and the Rangers had more than just basketball on their plates: COVID-19 threatened to cancel the season before it began, and Wagner also dealt with a breast cancer diagnosis.

“I think one of the best memories I have was when we surprised her with T-shirts [that said ‘Fight for Wagner’] to start the season,” Pekron said. “She was so happy to see the support, and we were so happy to be able to support her. I thought we really came together as a team, in part because of that.

“But I also thought she managed the cancer and everything else – her family, her teaching and her coaching – so well. I cannot fathom doing all that, and she deserves a lot of credit for handling it so well.”

The Rangers overcame all of that adversity to post a 17-4 record and win the Class 4A Section 7 tournament on their home court.

“To have a section final at home was special, because normally it’s played on a neutral court,” Wagner said. “And we had real fans for the first time, instead of the limited number of fans during the season. You could feel the electricity, the excitement – it was a different vibe.

“After we won, I was climbing the ladder [to cut down the net], and hearing the cheers. It took my breath away.”

The list’s most important item

One other reason Wagner knew that section championship game would be memorable was because she knew it might be her last as coach of the Rangers.

“I know everyone’s lifestyle is different. But for me, the game-changer is my oldest son is a basketball player who is going to high school this fall. If he had a game and I couldn’t watch it because I was coaching, well, that’s not a life-balance I’m comfortable with.

Wagner stressed that her decision was not health-related, nor was it focused on exiting at the same time as a large senior class that included nine players.

“My health is good – I’m finishing cancer treatments and working through the hormonal treatments,” she said. “And I don’t feel the program is at a point where we would hit a deep valley after big graduation losses. I feel good about where the program is. I believe it will be able to sustain success thanks to things that I, my coaching staff, the administration, and the parents and players have put in place. I think this program will continue to grow.”

And Wagner said she hopes the players and coaches who have played a part in building the program cherish their memories of that work as much as she does.

“As much as you hope kids remember big wins or big events, you have to realize the best memories may be a bus ride to or from a game, or a team dinner, or a dance party,” Wagner said. “And those are all things that should be celebrated. I wanted to make it an experience that these women would value and cherish. I wanted this to be something they would want to be a part of.

“I really enjoy the alumni nights, when former players come back and tell me about their lives and their families. Them allowing me to be a part of their lives, and building those relationships, are the reasons you teach and coach. It’s been a blessing.”

Do not misunderstand: Wagner also had a few items on her dream list that she did not reach.

And Wagner tried to deflect the credit for the program’s success to a number of other individuals.

“My coaching staff feels as if it’s filled with my best friends,” she said. “It’s hard to build a staff that stays together as long as this staff did, and I appreciate everything they gave to this program. I appreciate all three athletic directors I worked for, and you can’t ask for a more supportive superintendent or principal than Dr. [Steve] Massey or Mr. [Jim] Caldwell.

“He was boys coach in my first year at Forest Lake, and he helped me out so much,” Wagner said. “He helped with X’s and O’s, but his friendship is important. He is a great friend who comes to games and has had a positive influence on this program – and my life.”

While Wagner feels her choice was clear, she acknowledged the decision was difficult to reach.

“I think it’s the right choice, and I’m comfortable with my decision,” she said. “But this wasn’t something easy. I told the girls that I’m still going to teach at the high school, and I want them to know I’d like to support them in any way I can – and be as helpful as the new coach would like me to be. I’m not going to disappear.”

Wagner’s joy will come from spending the time with her husband, Brad, and her three children: Tyler, who currently is in eighth grade; Caroline, who is in fourth grade; and Drew, who is in second grade.

“It is an adrenaline rush when the game is getting ready to start, and as an adult there aren’t many ways to get that adrenaline rush,” Wagner said. “I enjoy that rush of competition.

“But there are other ways where you can find joy.”