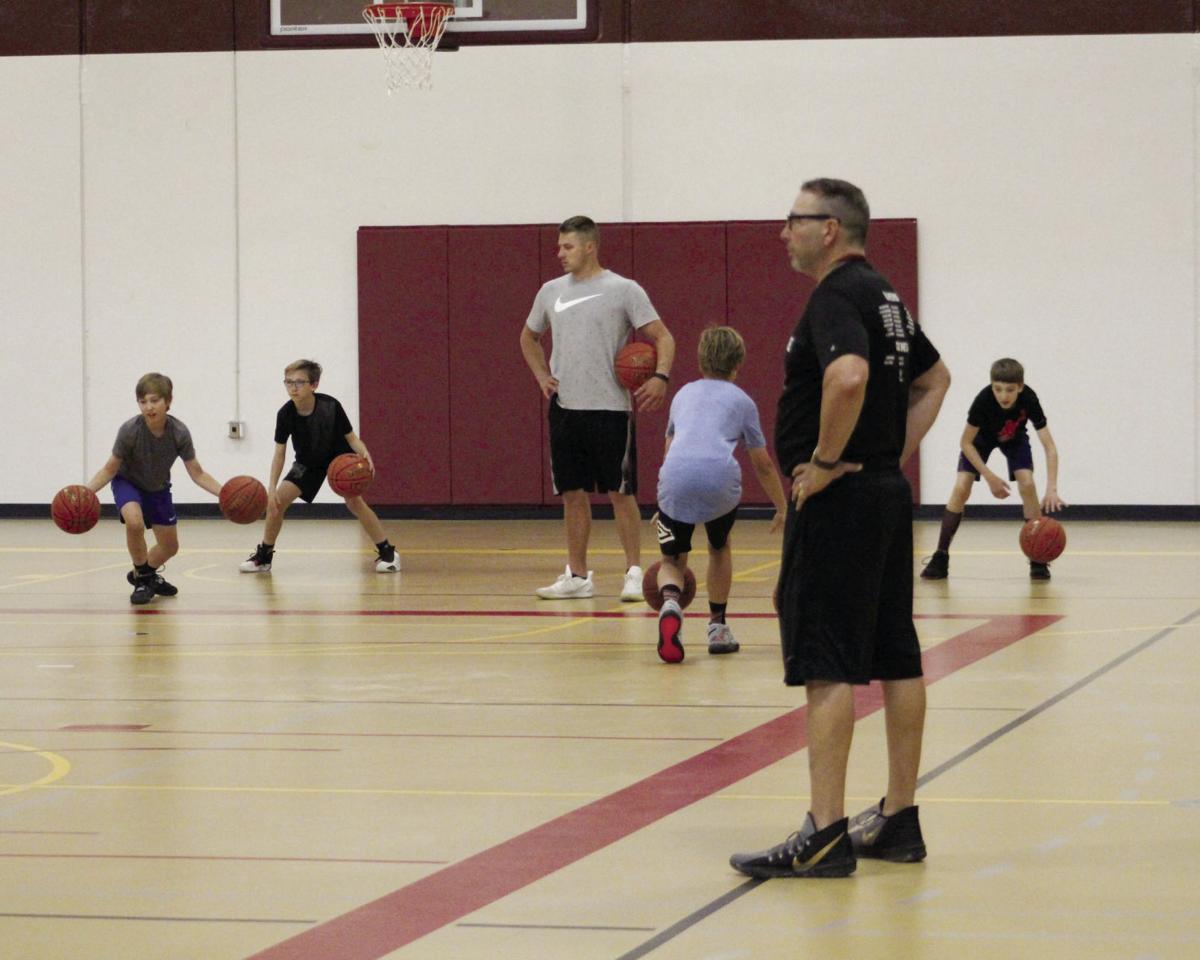 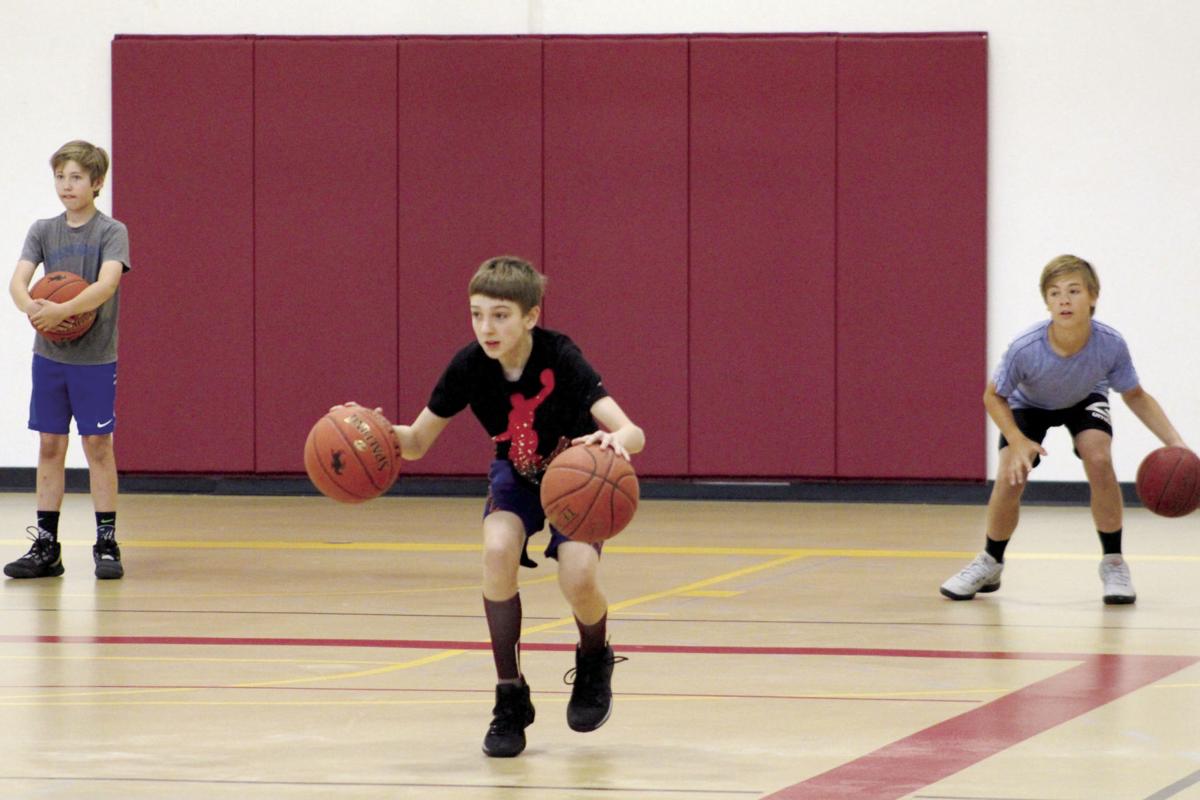 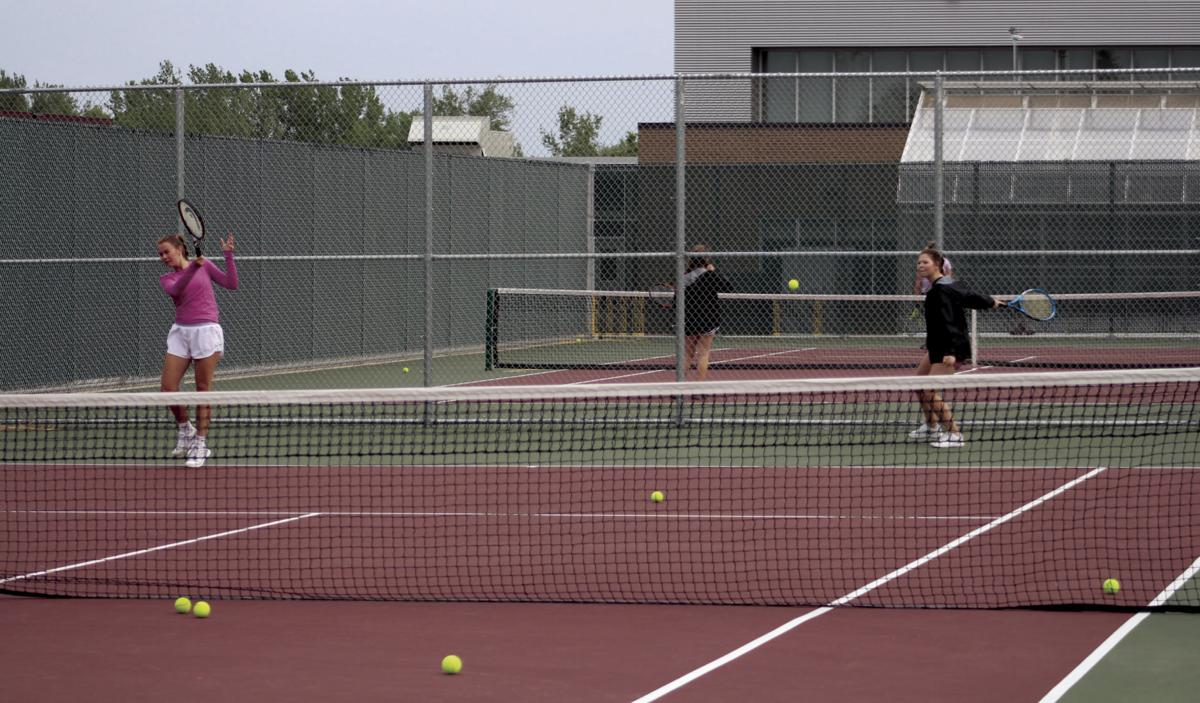 The tennis courts at Forest Lake were alive with action as players worked on topspin forehand shots.

The tennis courts at Forest Lake were alive with action as players worked on topspin forehand shots.

Forest Lake Area High School, which has been closed since mid-March because of concerns regarding COVID-19, started showing signs of life on Monday, June 15.

That is the day sports camps for boys and girls basketball, tennis, and pole vaulting opened on school grounds.

Rangers boys basketball coach Dan Cremisino and camp counselors were drilling with seventh-grade boys on Monday morning starting at 8 a.m., with a group of eighth graders taking their place starting at 9 a.m.

Then juniors and seniors would take the court for two hours of work beginning at 10 a.m.

On Tuesday that schedule repeated for fifth and sixth graders for an hour each, followed by two hours by freshmen and sophomores.

Cremisino noted that the camp had to be structured differently because scrimmaging is not allowed. Instead the camp’s focus turned to drills, especially dribbling and shooting work.

Meanwhile, on the school’s tennis courts boys coach Ron Ingalls and his counselors began drilling 32 campers. The nature of tennis creates some natural social distancing, which allowed the coaches to run drills that were not very different from years past.

Perhaps the biggest change in summer programs around Forest Lake are in participation numbers, which are down. Kyle Young, Forest Lake’s Athletics and Facilities coordinator working out of the Community Education department, said roughly 215 youths between the ages of kindergarten through sixth grade have signed up for summer baseball, which is significantly lower than the 420 participants in baseball last year.

The expectation is that the numbers for soccer, which is tentatively scheduled to begin on July 13, will show a similar decrease.

One reason for the decrease is the guideline set forth by the Minnesota Department of Health, which have caused teams to form “pods” with limited numbers of participants. Another reason is the decision some parents have made to keep their children out of group activities.