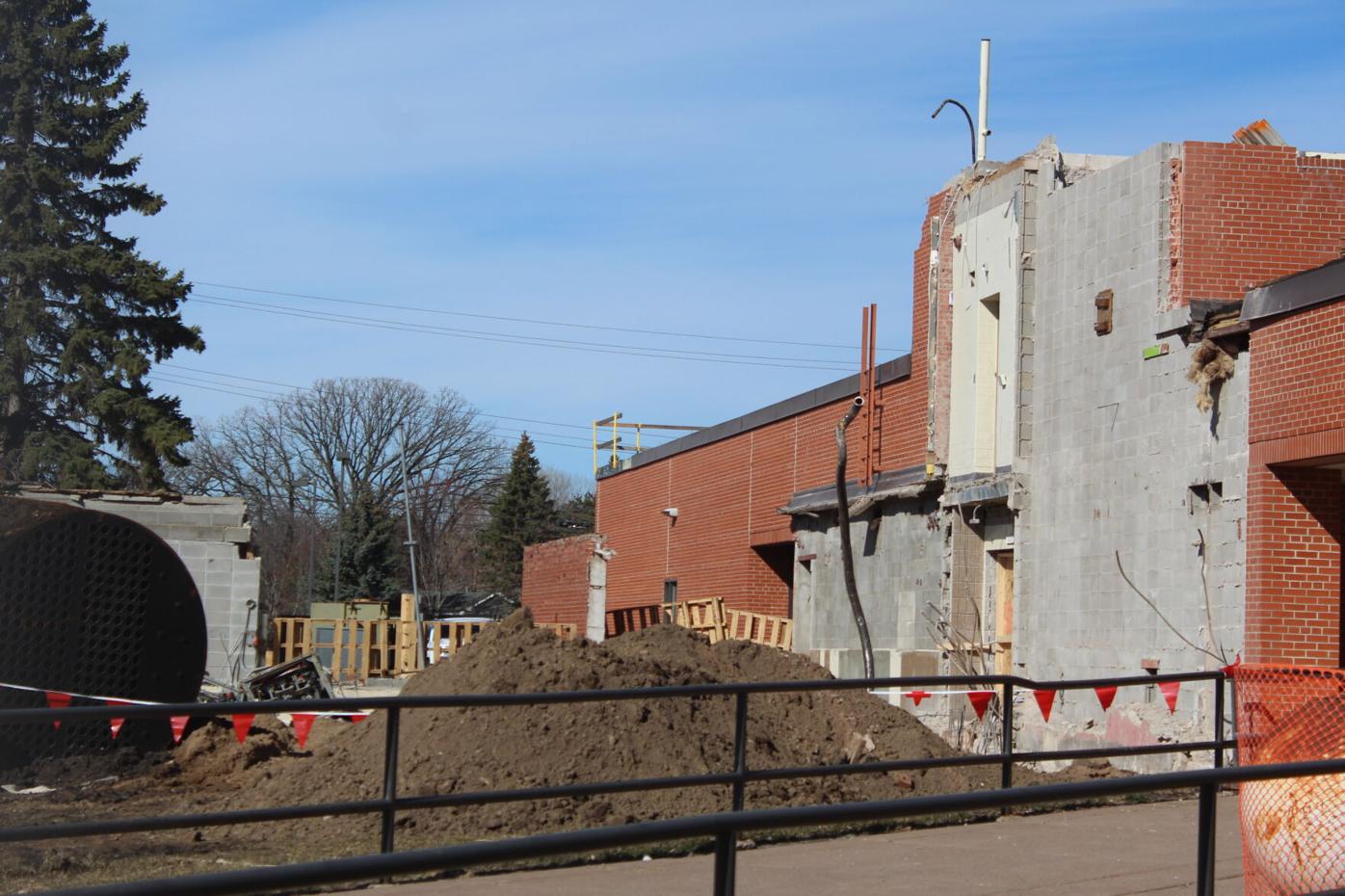 The CLC was the original building for Forest Lake High School and was built in 1909. Now after several remodels throughout the last 100 years, the third of the building that is still standing will be remodeled and STEP will move in during January 2022. 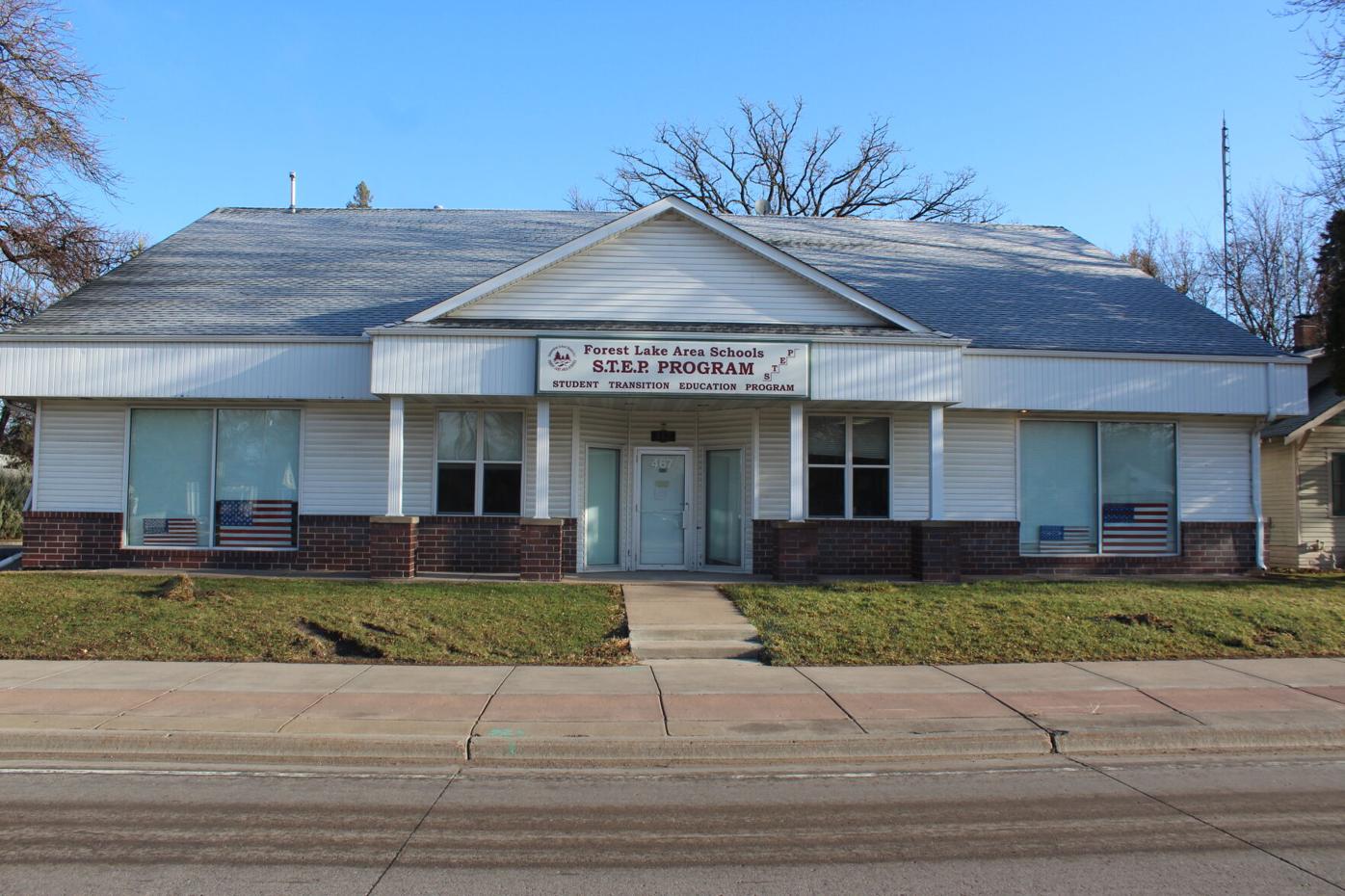 The building that has hosted STEP for over a decade was originally built to be a furniture store before being remodeled for the program.

The CLC was the original building for Forest Lake High School and was built in 1909. Now after several remodels throughout the last 100 years, the third of the building that is still standing will be remodeled and STEP will move in during January 2022.

The building that has hosted STEP for over a decade was originally built to be a furniture store before being remodeled for the program.

In 2008, the Forest Lake Area School District created a new transition program, the Student Transition Education Program, in order to help serve the needs of a specific group of students.

A few years before the start of STEP, an assessment was done of the district’s special education program. The district identified that there were a number of students who were not learning with their age-appropriate peers. Thirty-six students ages 18 to 21 were in need of a transition program that could help them get ready for life after high school. After a few years of input from families, teachers, and staff within the district, the district’s transition program that they created in 2005 was relaunched and moved into a new rental space in Forest Lake.

In January 2022, the program will no longer have to rent their classrooms, as they will be moving into the remaining and remodeled CLC building.

The STEP Program is a special education program that helps students with disabilities learn more than how to do algebraic equations. The program helps students learn both vocational and home-living skills, but it has made a deeper impact on its students.

Just weeks before he turned 12, Alex Schiefelbein was diagnosed with a brain tumor and went through several surgeries and treatments. Due to the tumor, he lost his eyesight and needed the help STEP provided after his 2014 graduation from high school.

“What I saw and witnessed is that the STEP Program staff made each student feel good about themselves and that they could contribute to society as adults,” Sally Schiefelbein, Alex’s mother, said.

The program helped Schiefelbein learn how to shop, use the microwave, and do other everyday tasks.

“Alex did not get to finish the STEP Program, as he passed away at the beginning of his third year,” Sally said. “Larry and I will always be grateful to the STEP Program staff as they showed so much passion, love, and caring for our son Alex.”

For many students, the program teaches students everyday tasks and social skills. Teaching those skills, however, can require more space than what is available to the program today.

Since December 2008, the Forest Lake Area School District has hosted the STEP program out of a space located on Broadway Avenue in Forest Lake. The location, which has hosted the program for the past 13 years, was originally built to be a furniture store. The rental space was purchased by Gaughan Properties, which finished the space and then leased it to the district in order to make it functional for the program.

As STEP began to grow, it quickly ran out of space at its Broadway Avenue location and, in 2019, was forced to split into two locations, moving a number of teachers and students to the Education Center.

“Students miss each other,” Erichsrud said. “Some of their friends are in the other program and they wish they could be around more of their peers. Also, it’s hard for teachers to collaborate and share students when they are split between two buildings.”

At first, the program found success in collaborating between the two groups because they were able to bus students back and forth so that they could still see each other.

However, when the  pandemic began, they could no longer continue to do so.

When the announcement was made that the CLC building would be demolished and a portion of it would be kept, STEP was named the first program to fill the space.

“We are super excited for the opportunity to move into the new space,” Erichsrud said. “It’s going to provide a lot of opportunity for growth and programming.”

The program will now have enough space for all of the students to be in the same building for the first time in three years. It will also allow for smaller things, like space for buses to make drop-offs and parents to pick up students, and room for more than one stove for cooking classes.

“We will have a lot more space, which will allow students that need to use walkers or three-wheeled bicycles or just need physical activity as part of their day,” Erichsrud said.